Lublin: a city of changing faces

While it’s easy to think of Lublin as a place trapped in a quaint world of its own, signs are emerging of its ambition and foresight.

It was 18 years back when I first arrived in Poland; originally as a backpacker, then a little later as a fixture. A lot has changed in that time, some things for the better, others for the worse. Take Kraków, for example. What was once a bastion of cultured cool has become a boozy battleground of romping Brits and pink-lit burger joints. Bewilderingly, other cities have followed suit to embrace a loud, crass look that could be Most Places In Europe.

Lublin doesn’t have that problem nor, you suspect, will it ever. Time moves slowly there, with the serene, parochial ambiance suggesting that nothing really changes. Of course, that’s not actually the case. Decades of post-war inertia had left the old town a dilapidated husk that was all soot and sadness; by the turn of this century, internet message boards bristled with tales of roving yobs terrorizing the old town. Less impassioned, though equally alarming, was a Lonely Planet that I’d saved from that era: “The Old Town gets deserted,” it firmly warned, “and may be positively dangerous after 9 p.m.” Friday night in Lublin? Forget the lager, I figured at the time, better bring a Luger. 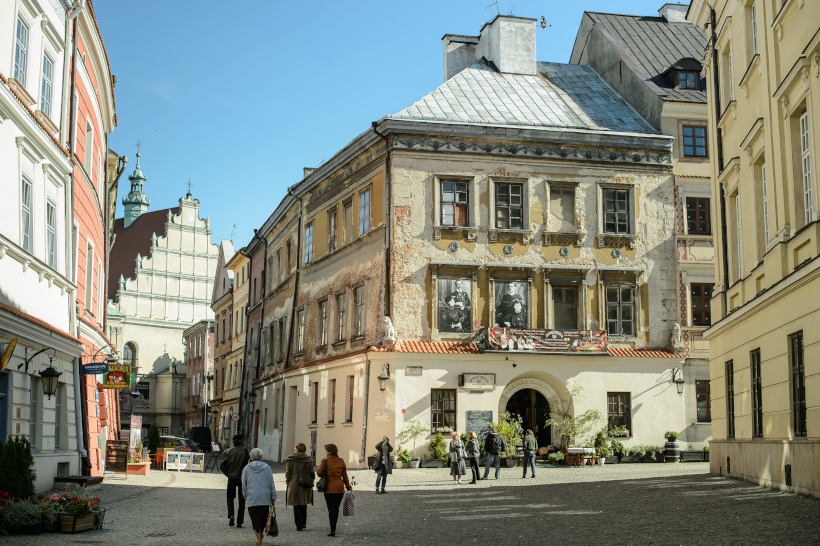 No such worries now. If the health of a city is to be measured, then the state of its hotels are as good an indicator as any. If pickings were once slim, today they number the clean-cut comfort offered at the Hampton by Hilton, the ceremonial charm of the Grand, and the lavish luxury of the five-star Alter. For me though, it’s the Waksman every time, a creaky old guesthouse filled with stuffy antiques and whimsical frills. Rising bleary-eyed, it’s natural to be alarmed: “Have I woken up in a brothel that looks like a hotel, or a hotel that looks like a brothel?” With eyes adjusted, you realize it’s the latter. The panic subsides.

Of the Waksman’s benefits, its location is key. Stepping outside, you’re in the eye of the storm: Old Town. An area of wriggling streets and renovated chocolate box tenements, exploring its crooked alleys and cobwebbed courtyards is one of the simple, base pleasures of being in this city. Physically saved from the more overt ravages of war, the historic centre stands out as one of the best preserved in a nation riddled with post-war replicas built for propaganda. Here, however, there’s no fakery or deceit – the Old Town is precisely just that: old. 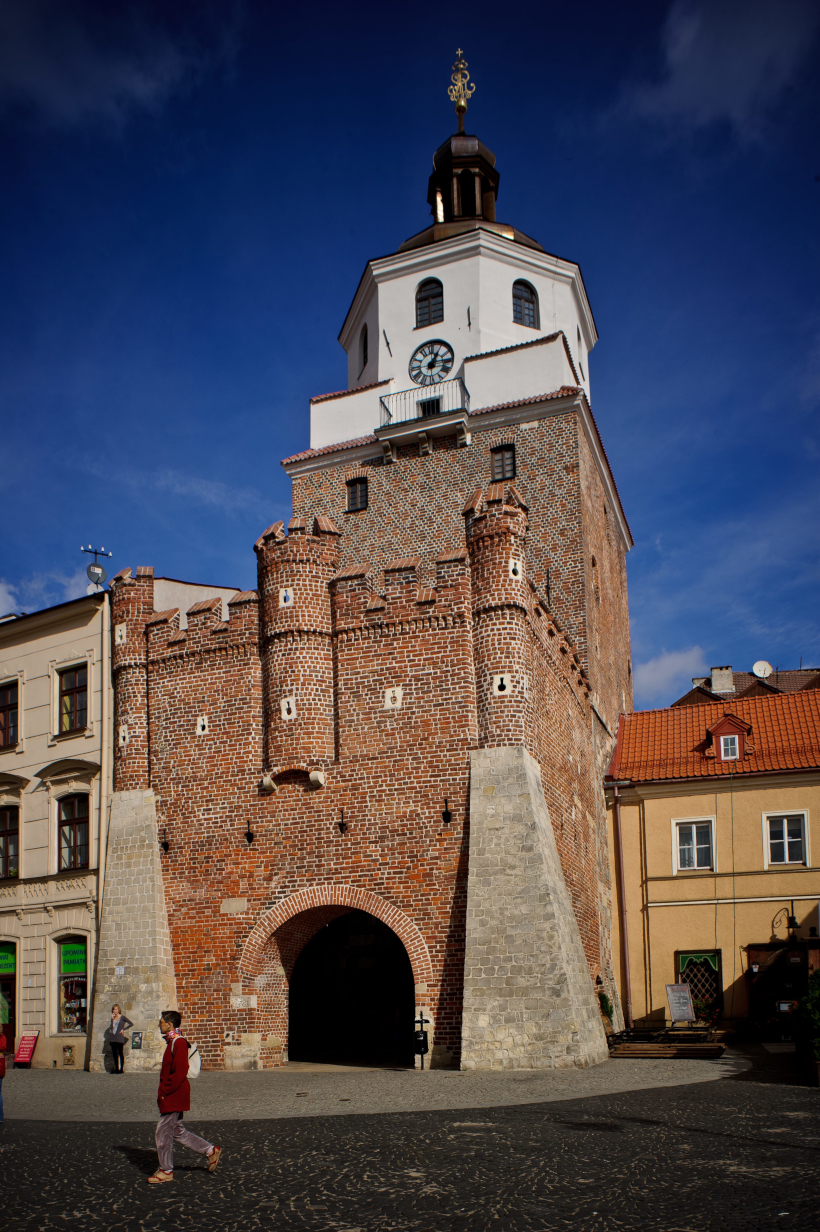 Naturally, most trips begin at Brama Krakowska, the magical brick tower that serves as the area’s spiritual gateway. Walking through its dark, black belly, visitors emerge the other side to the exquisite sight of the Old Town out in front. With the plaintive tunes of a distant busker melting into the background, the organic course takes you plunging down Grodzka and its offshoot cobbled lanes. Before you know it, another gate: this one facing out to the castle, a wedding white structure that’s Moorish in its style. Though the museum within is largely feeble, that’s not to say it ain’t worth a visit. Looking beyond the old oil paintings of poker-faced dukes are some wacky attractions that merit a look: of these is a 15th century chapel complete with mesmerizing Byzantine-inspired interiors and a few graffiti squiggles left behind by some 16th century rogue. And then, in case you were getting bored, there’s the Devil’s Paw, a curious imprint said to have been left by Old Nick himself. 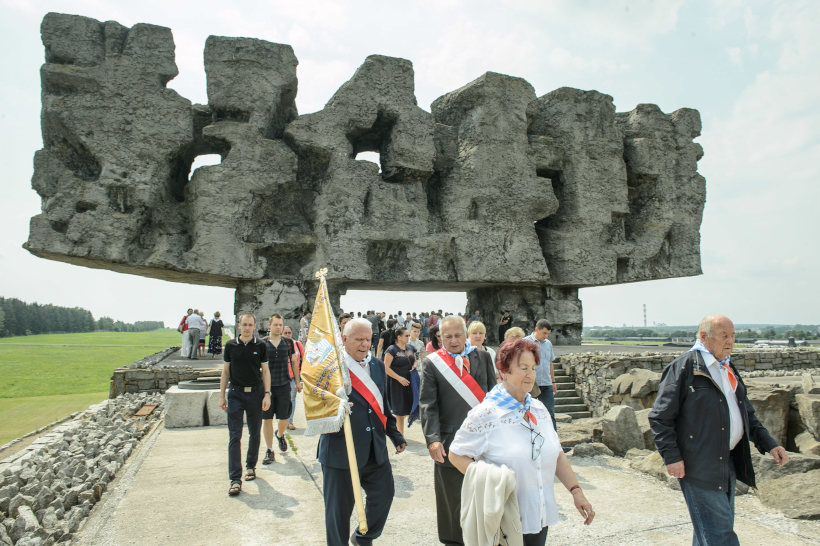 Recent history has proved more sobering. Once home to a sizeable Jewish population, the shadow of the Holocaust still hangs heavy round these parts. Set south east of the center, Majdanek concentration camp provides a jarring journey through the past, with the route taking visitors through musty barracks before concluding at a bleak, saucer-shaped memorial holding the ashes of some of the 78,000 who never made it back through the gates. Solemn, silent and lacking the stampeding tourists of Auschwitz, this is arguably the most contemplative WWII site to be found in the country. 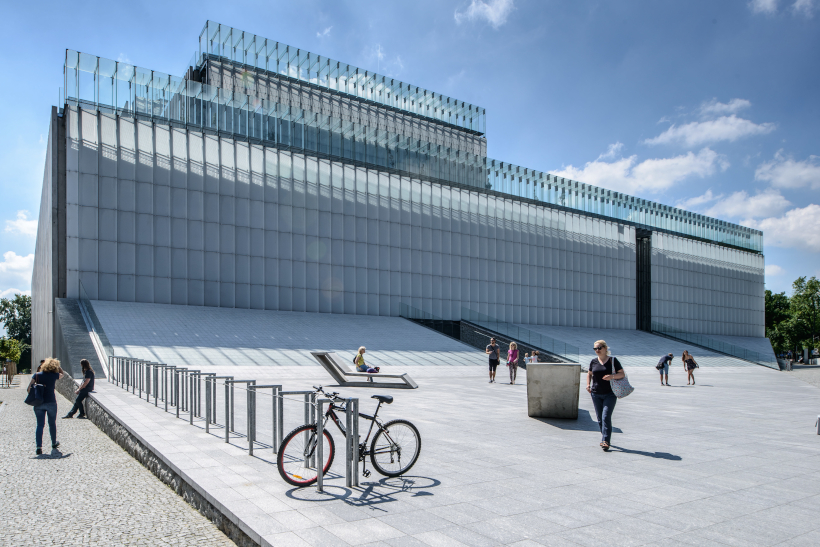 Centre for the Meeting of Cultures in Lublin
(Wojciech Pacewicz)

After the pervading bleakness of Majdanek, relief is delivered on returning to the centre. While it’s easy to think of Lublin as a place trapped in a quaint world of its own, signs are emerging of its ambition and foresight. Nowhere is this more apparent than the Cultural Center, an imposing concrete block that’s become the city’s de facto creative hub. In-filled with galleries and design studios, it’s also earning attention for reasons more liquid: now home to the acclaimed Browar Zakładowy, these giants of craft brewing have caused ripples through the nation. Tipping down a West Coast Mango-Jasmin IPA, elbows knocking with bearded dudes straight from the Golden Years of Hipster, comes the realization that this a city on the move.

‘We have forgiven but not forgotten’: one of Belarus’s last surviving Auschwitz victims recalls her time in the Nazi’s most infamous camp