Works of art stolen by Germany during World War Two and regained by Poland in recent years are to be showcased by the Ministry of Culture on its Instagram account.

The first work of art to be featured is ‘The History of Apollo and Daphne’ by Abraham Bloemaert from 1592, which was brought back to Poland last year. It was the first time that a work of art being a Polish wartime loss was recovered through a civil trial. 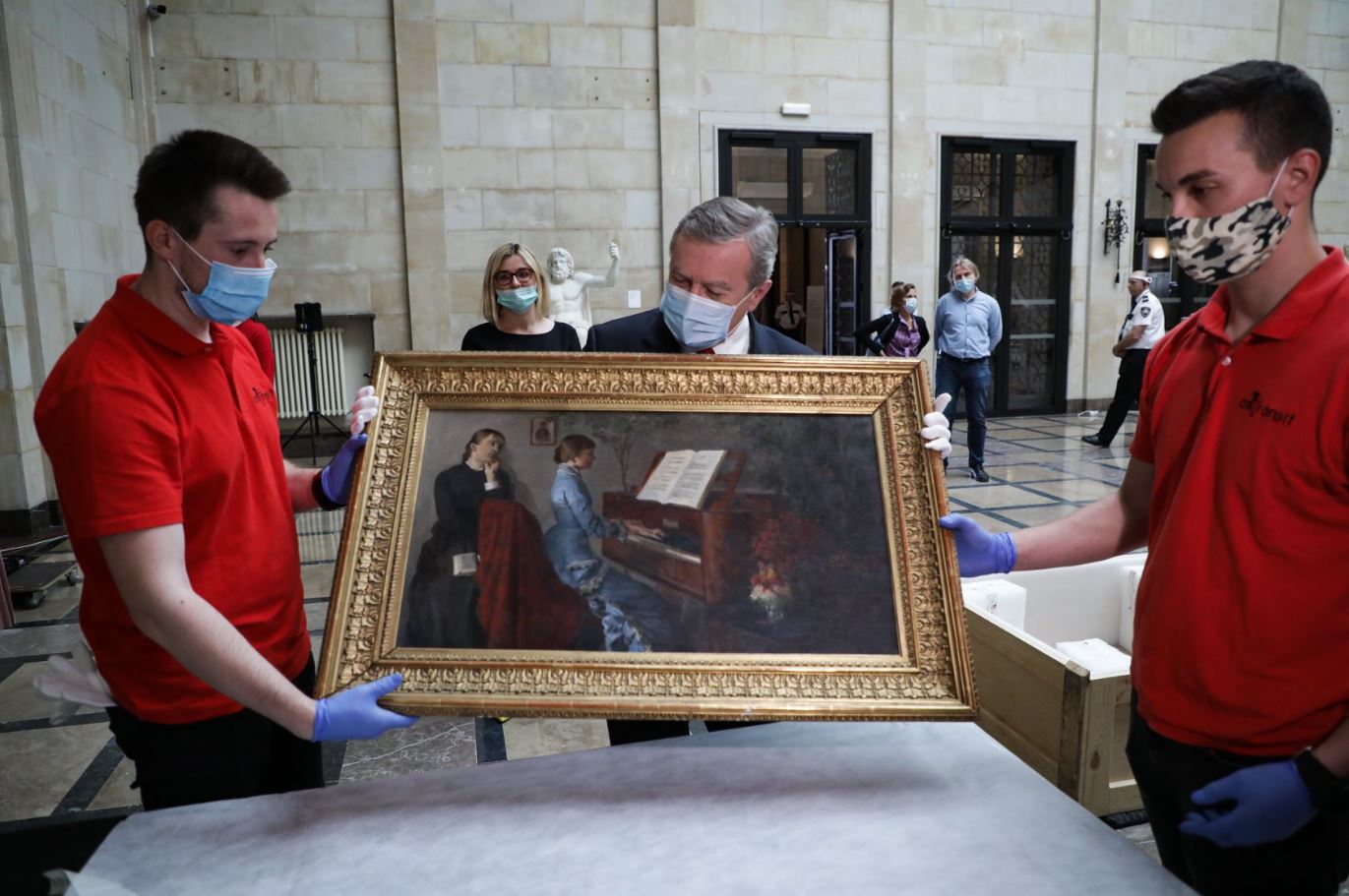 Although a piece of art lost during WWII returns to Poland on average every five days, the culture ministry says that it has around 63,000 works of art on its list of wartime losses.Danuta Matloch/Muzeum Narodowe w Warszawie

The culture ministry posted on Instagram: “Until the outbreak of World War II, Abraham Bloemaert's painting was in the collection of the Silesian Museum of Fine Arts in Wrocław.

“In June 1942, together with the rest of the collection, it was secured in the museum storehouse in the Cistercian monastery church in Kamieniec Ząbkowicki, where it successfully survived the war.

“It was located there until the end of 1945. At that time, part of the collection was scattered, destroyed or robbed by the Red Army, other works of art fell victim to theft. 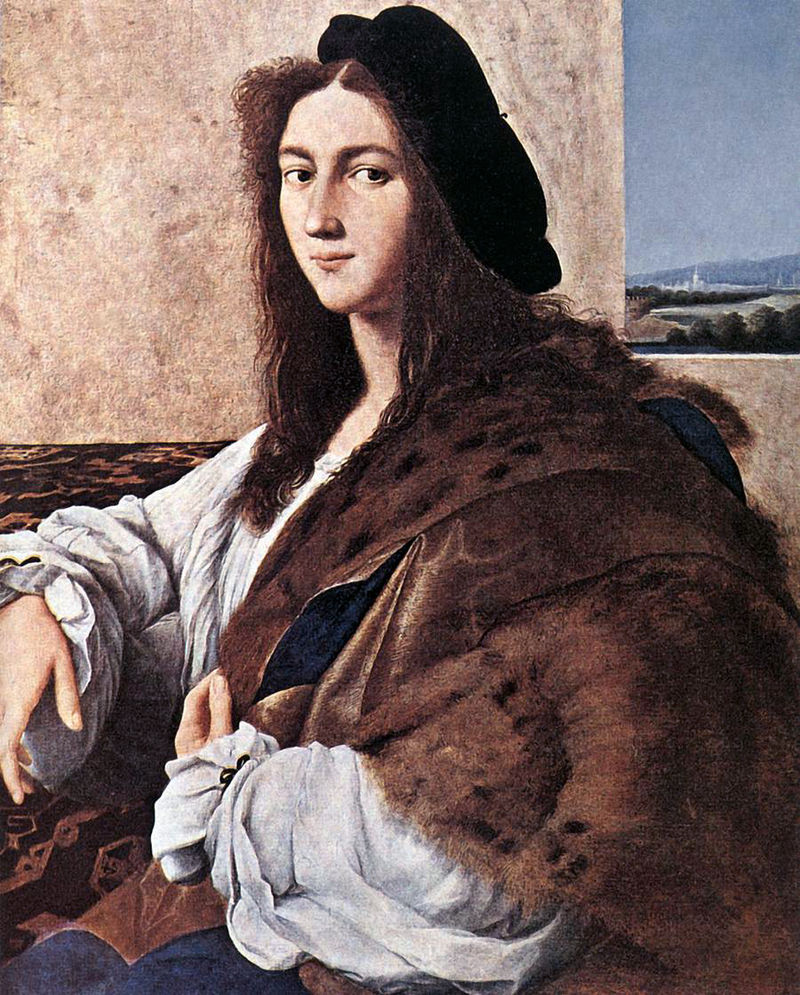 The most sought after work of art is Raphaello Sanzio’s Portrait of Young Man, which the Italian master painted in 1514.Public domain

“The fate of the [painting] remained unknown until 2009, when the painting was offered for purchase to the National Museum in Wrocław. Negotiations with the then owner did not bring any results.

“The Ministry of Culture therefore took the case to court, which was successfully concluded.”

The Bloemaert painting is just one of around 500 works of art that the Ministry of Culture has managed to regain in recent years. 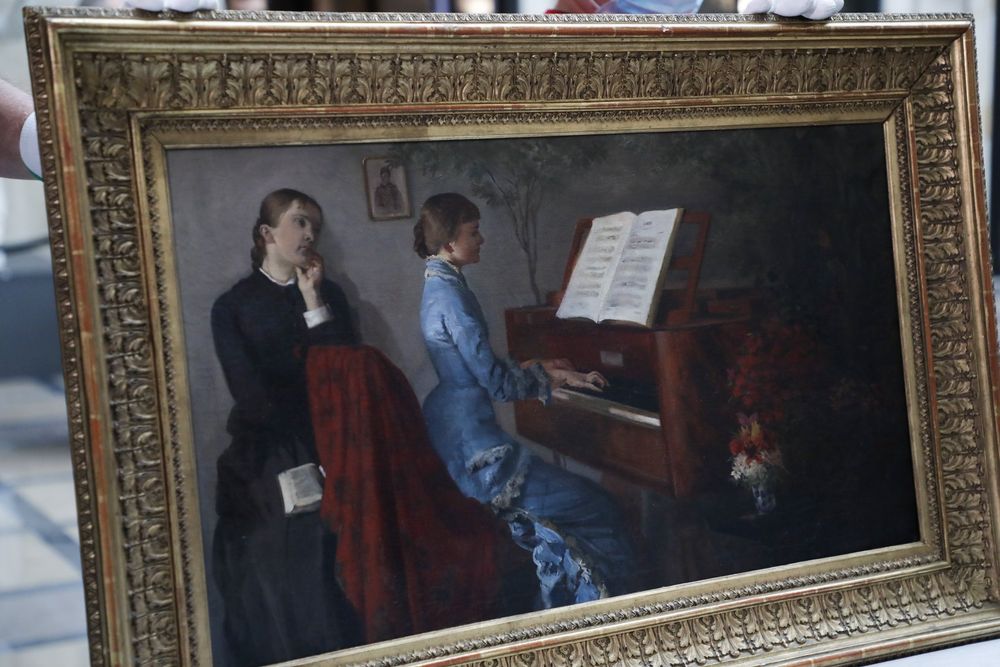 In its announcement about the new initiative, the ministry said: “In recent years, the Department for the Restitution of Cultural Property, which operates within the Department of Cultural Heritage Abroad and War Losses, has established close cooperation with police, prosecutors and law enforcement agencies in other countries, including Interpol, the Federal Bureau of Investigation (FBI) and Homeland Security Investigations (HSI).” 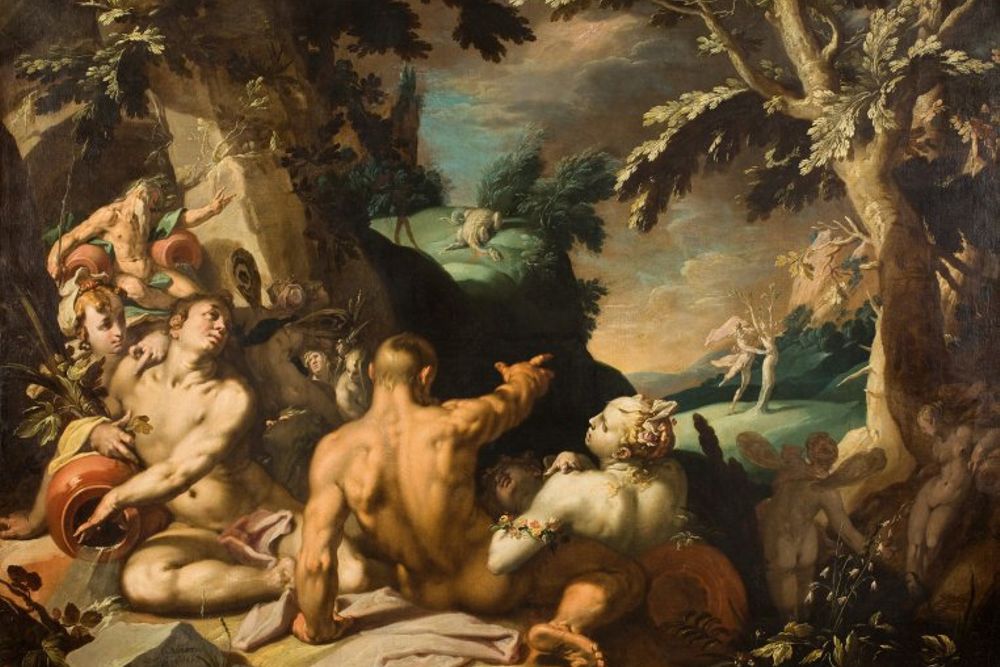 ‘The History of Apollo and Daphne’ by Abraham Bloemaert from 1592, was brought back to Poland last year and is the first to be featured on the ministry’s Instagram account.Ministry of Culture and National Heritage

When a cultural asset is found, a thorough restitution process has to take place. This includes carrying out provenance studies, reconstructing and documenting the work’s origin, and then undertaking negotiations or legal action.

The case of the Bloemaert painting is singular in that it was regained through winning a court case. Often, a financial arrangement is made with the owner to make sure that the work comes back to Poland.

However, in some cases, works are handed over without money changing hands. This happened recently when Jacek Malczewski’s ‘The Piano Lesson’ was returned voluntarily when the ministry made the owner aware of its provenance.

The oil on canvas was part of the collection of the National Museum in Warsaw before the war and it is believed that it was stolen after the fall of the Warsaw Uprising in 1944. 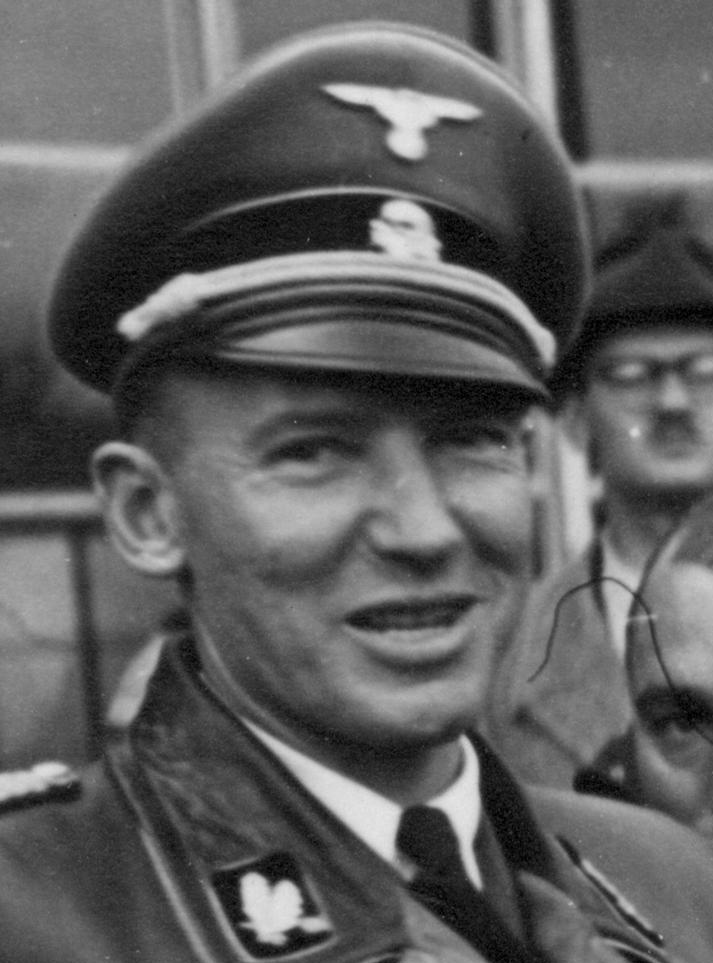 Works stolen from Poland by German criminal General Otto von Wachter, who was governor of the Kraków district during the war, were returned by his son.Public domain

In a remarkable case from 2017, works of art were returned to Poland by the son of a German war criminal who together with his wife stole many works of art from Poland.

Austrian Horst von Wachter, son of the German criminal General Otto von Wachter, who was governor of the Kraków district during the war, returned a watercolour and a map to the Polish State Treasury.

These are works that Horst's parents stole and took away from Poland during World War II. He said that he gave these works against the will of part of his family and appealed to other Germans to relinquish stolen works of art that may be in their possession.

Although a piece of art lost during WWII returns to Poland on average every five days, the culture ministry says that it has around 63,000 works of art on its list of wartime losses. 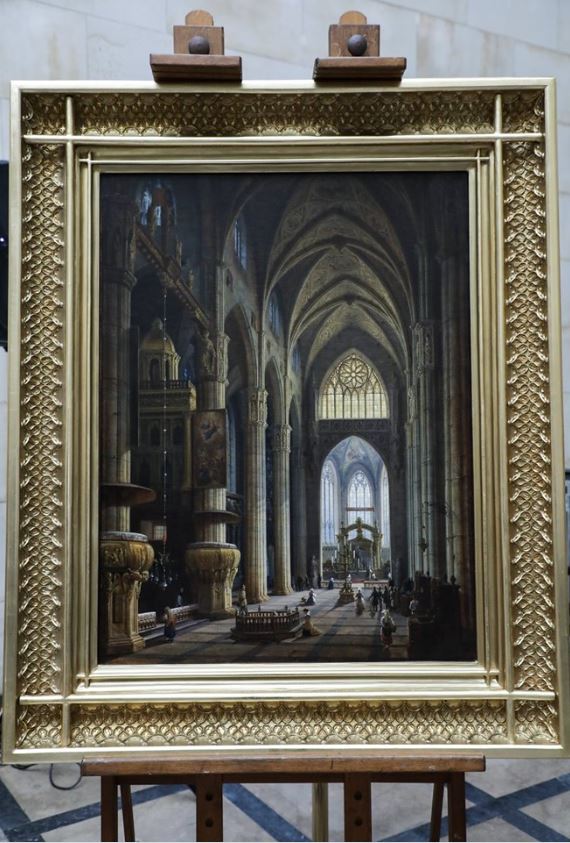 When a cultural asset is found, such as ‘Interior of the Cathedral in Milan’ by nineteenth-century Polish artist Marcin Zaleski, a thorough restitution process has to take place.Danuta Matloch at Muzeum Narodowe w Warszawie / Ministerstwo Kultury i Dziedzictwa Narodowego/Facebook

Sometimes it happens that groups of works consisting of several or even several dozen individual items are written under one number.

The actual number of war losses that Poland suffered during World War II is difficult to estimate. One estimate puts the total number at 516,000 works of art and over 22 million printed volumes, but this refers only to known and registered collections. Many works of art from private collections are unknown and are lost forever.

At present, the ministry is working on the return of more than 50 works of art. 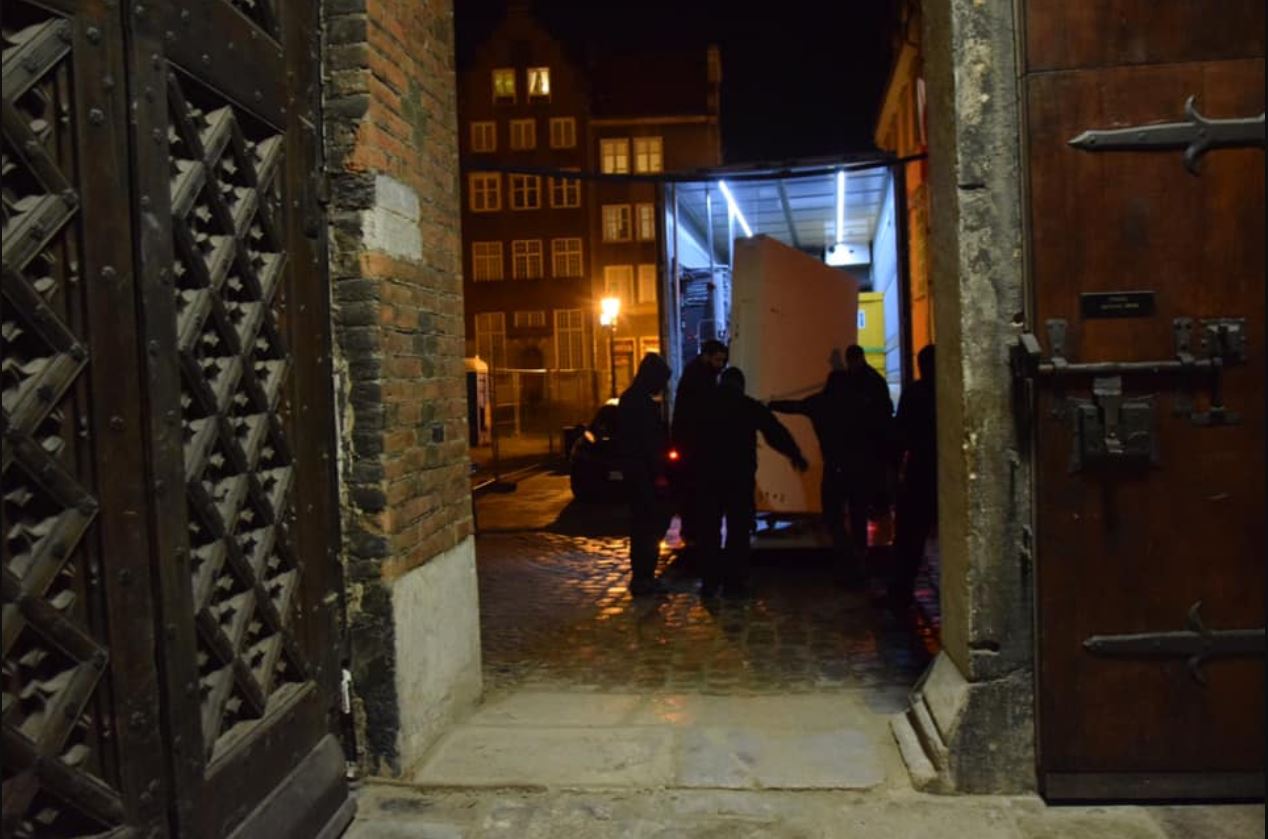 At present, the ministry is working on the return of more than 50 works of art.Bazylika Mariacka w Gdańsku/Facebook

The most sought after work of art is Raphaello Sanzio’s Portrait of Young Man, which the Italian master painted in 1514. Many historians regard it as the most important painting missing since World War II.

The painting was part of the Czartoryski collection before the war in Kraków. Together with Leonardo Da Vinci’s Lady with an Ermine and Rembrandt’s Landscape with the Good Samaritan, the paintings are known as the Holy Trinity.

The Leonardo and the Rembrandt were found and returned soon after the war but the Raphaello remains lost and considered stolen not destroyed.

The Polish state owns the claim to the painting after buying out the Czartoryski collection for the nation on 2016. If found, experts estimate it could be work us much as USD 850 million.