A six-year-old boy who was devastated to find he couldn’t spend his birthday with his friends because of lockdown had the surprise of his life when local police turned up with toys and entertainment.

Lonely Antoś from the town of Żory in Silesia had broken his parent’s hearts after telling them he was sad that no-one would be coming to visit him and that he wouldn’t get any presents. 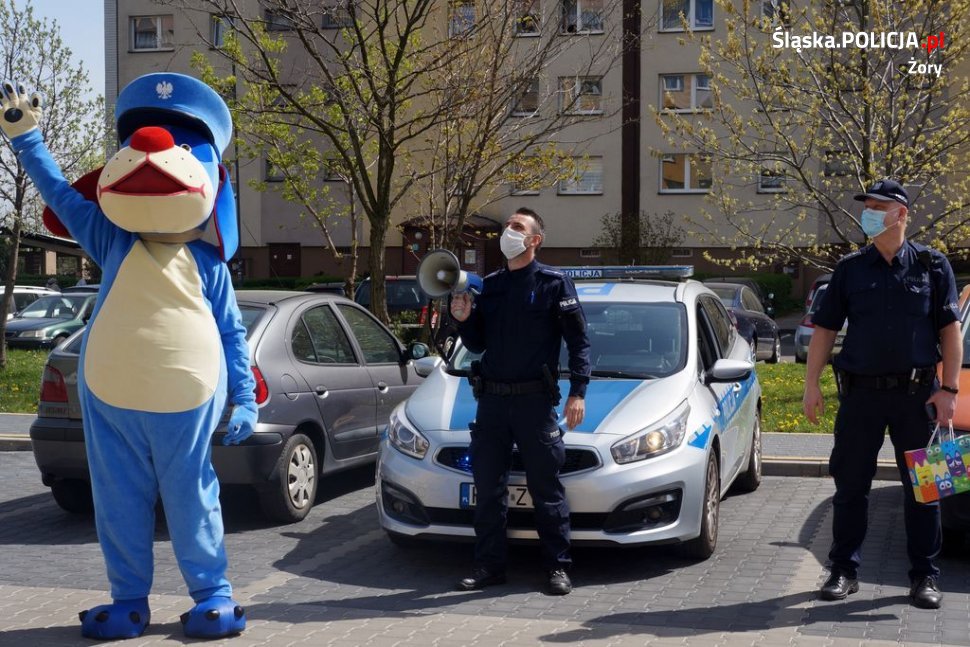 The officers had even brought a bag of presents after hearing the boy would be spending his birthday alone. slaska.policja.gov.pl

Unable to arrange even a small party, mum and dad decided to contact their local police station to tell them about little Antoś’s woe.

A police spokesman said: “One of the boy's parents informed the station about how the six-year-old was upset that he would not have a real birthday. 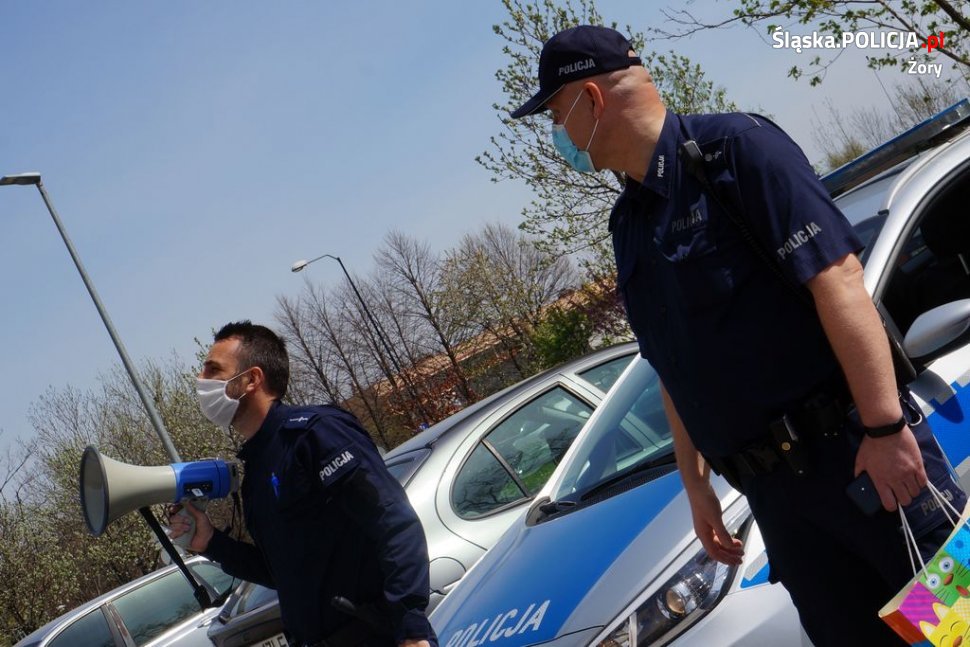 Instead of using their megaphone to broadcast messages about safety during the pandemic, the kind-hearted cops used it to blast out Sto Lat, a traditional song sung at celebrations. slaska.policja.gov.pl

“The policeman who took the call decided to help fulfil his dreams and make Antoś smile by engaging his colleagues in the preparation of the surprise.”

On the day of his birthday, stunned Antoś couldn’t believe his eyes or ears when he heard loud birthday music playing outside his parent’s apartment. 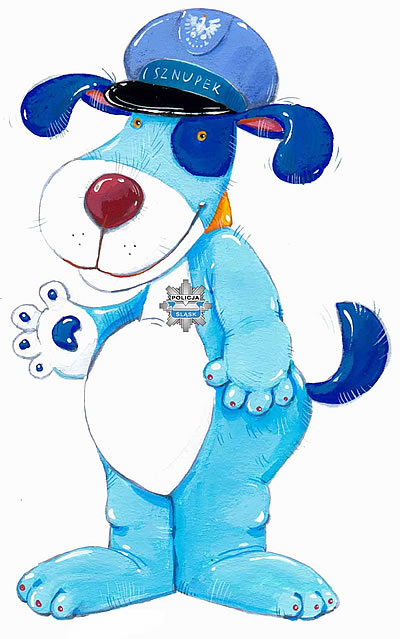 Sznupek is a children’s favourite in Silesia where police use the mascot to teach them about safety. slaska.policja.gov.pl

Looking out of the window he saw two policeman and the Silesian police force’s big blue mascot dog for children, Sznupek, waving up at him.

And instead of using their megaphone to broadcast messages about safety during the pandemic, the kind-hearted cops were using it to blast out Sto Lat, a traditional song sung at celebrations. 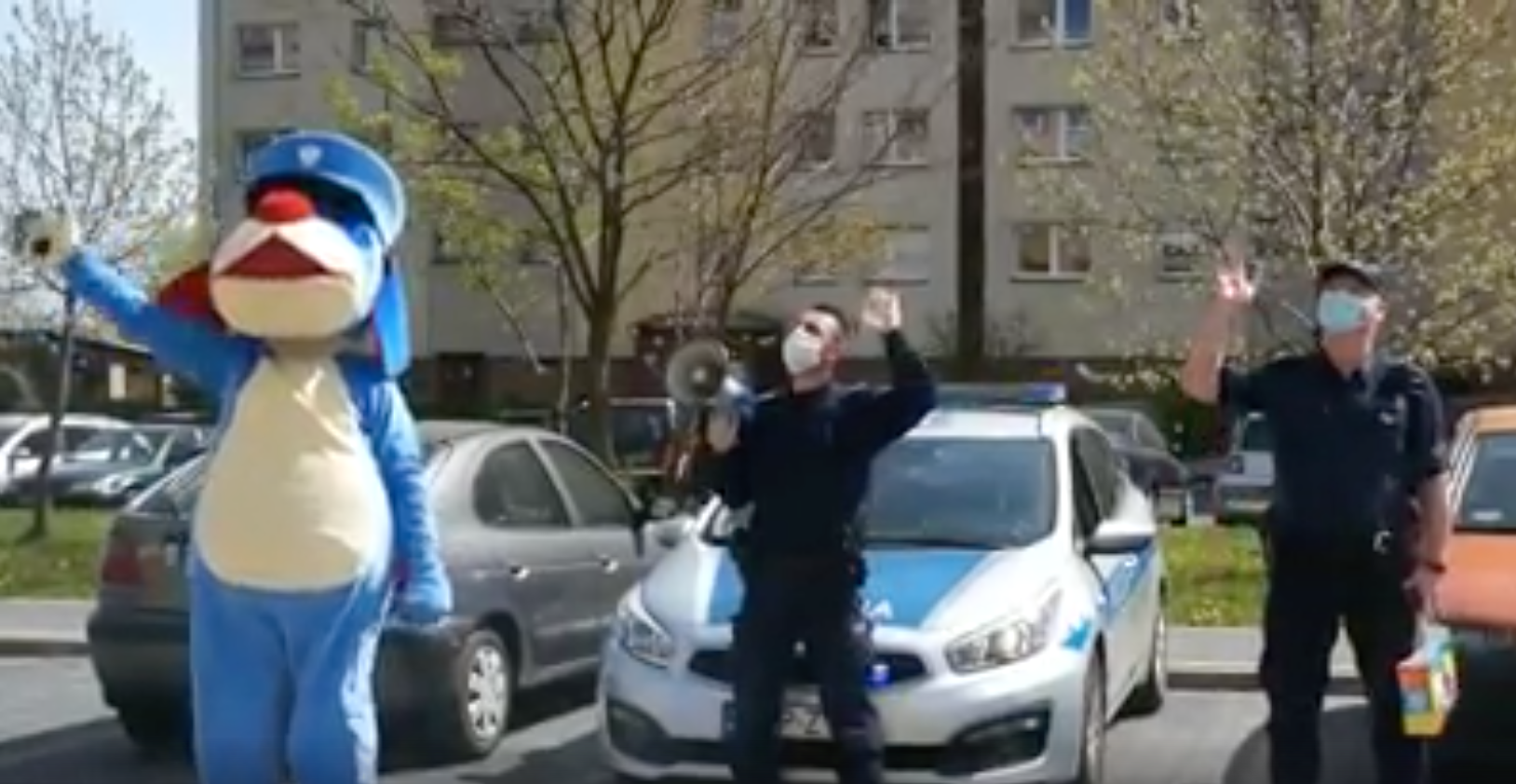 A police spokesman said that after hearing about Antoś’s situation, they decided to organise the surprise birthday party. slaska.policja.gov.pl

The police officers then gave delighted Antoś a bag of presents including a police LEGO set.

They later posted a personal message top the birthday boy on their website saying: “Antoś, on the occasion of your 6th birthday, we wish you a lot of health, that your dreams come true, they’ll be full of sunny days and that the quarantine will pass as soon as possible.”