Local Hero! Shop owner fights off armed crook by throwing water in his FACE and then attacking him with a MOP

A gun-wielding robber fled from a shop with little more than a packet of cigarettes after the owner leapt to the defence of her business with a mop.

Video from the shop’s security camera shows the balaclava-clad robber bursting into the small shop in the northern village of Pinczyn, as its owner, Pani Zosia, prepared to close for the night. 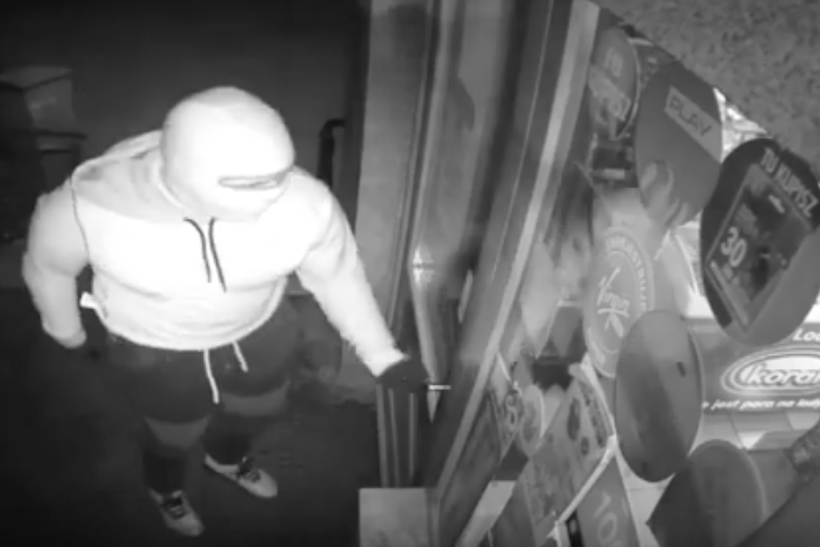 The man is first seen on CCTV entering the shop in the village of Pinczyn.clideo.com/YouTube

“I decided attack was the best form of defence,” said the shopkeeper, who first threw the water she was using to clean the floor with over the criminal. 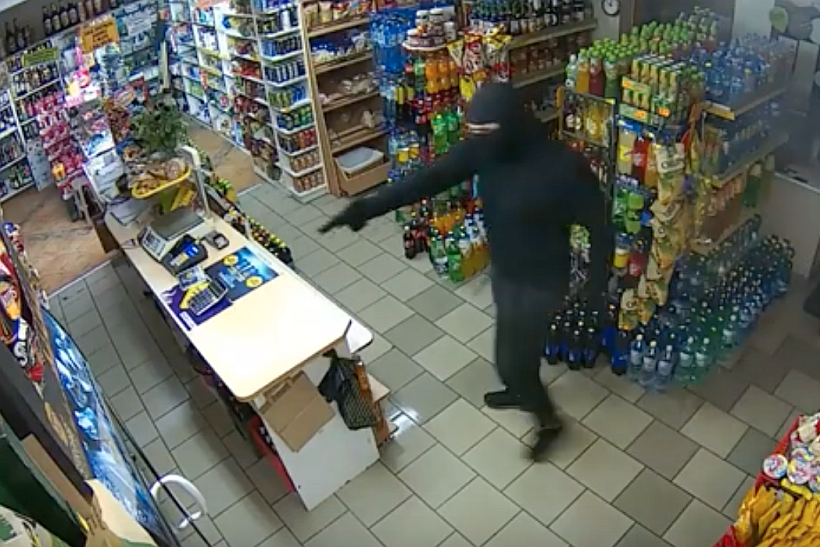 He is then seen pulling out a gun and approaching the shop owner who is in the back washing the floors.clideo.com/YouTube

“The perpetrator demanded money, and tried to reach into the till, but I squeezed into between it and him and blocked his access.”

She then delivered a few blows to the robber with her mop, forcing him to scuttle from the shop clutching a couple of packets of cigarettes, and take off in his car.

“He quickly ran from the shop and down some steps,” she recounted. “I then heard the squeal of car tyres but I didn’t see the car.” 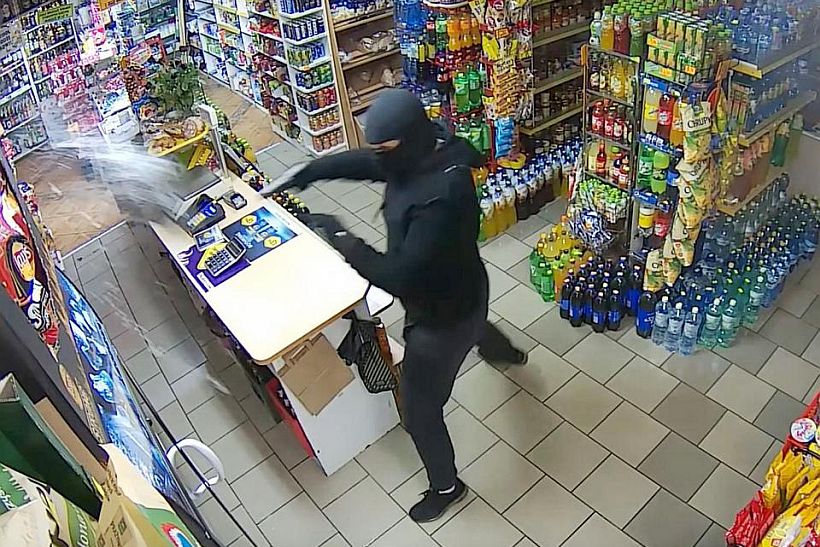 When she sees him, Pani Zosia first throws the water she is using to clean the floors at the robber.clideo.com/YouTube

Local police from Starogard Gdański confirmed that they had launched an investigation into the robbery.

If arrested and found guilty the perpetrator could end up with a 12-year stint behind bars. 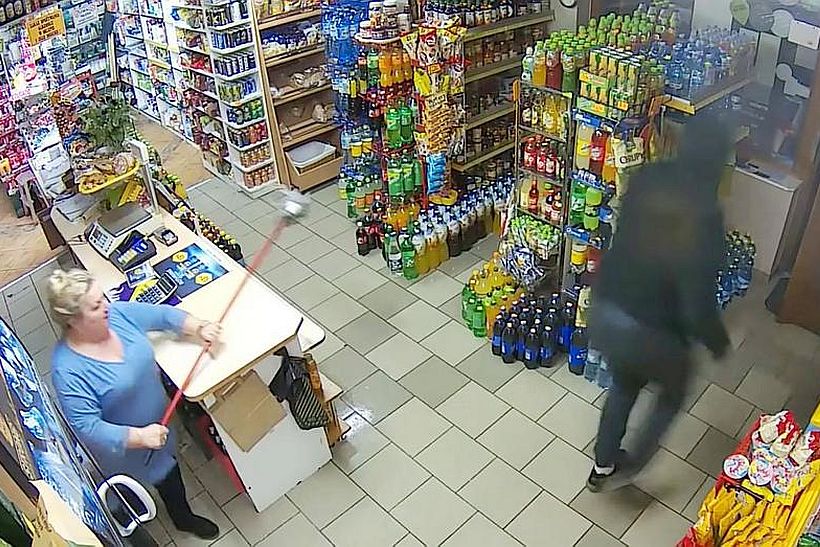 Pani Zosia then chases him out of the shop with her mop.clideo.com/YouTube

“Some people have said that I did the wrong thing because it is not worth risking my life for some money,” said Pani Zosia looking back on impulsive decision to defend her business.

She added that she had worked in a disco for a number of years and so had experience at separating people.