Over forty-five deliveries, around 9 million m3 of LNG and more than 4.8 billion Nm3 of regasified gas: this is the track record of the Poland’s LNG terminal since it received its first delivery of liquefied natural gas three years ago, in December 2015.

Based in Świnoujście, north-western Poland, the terminal is operated by Polskie LNG, a subsidiary of Poland’s gas transmission system operator Gaz-System.

The role of the terminal, which opened in October 2015, is to receive shipments of LNG from abroad and turn them back into a gas – the process known as regasification.

The terminal is part of Poland’s push to become less dependent on gas from Russia.

With its contract with Russia’s Gazprom due to expire in 2022, Warsaw has been seeking to buy gas from elsewhere, including in liquefied form.

In recent months, the company has signed long-term contracts for US liquefied natural gas.

“Today, we can emphasise our energy sovereignty, but also show that we are implementing specific elements aimed at increasing this sovereignty,” said Prime Minister Mateusz Morawiecki, commenting on two deals for US gas signed in October. 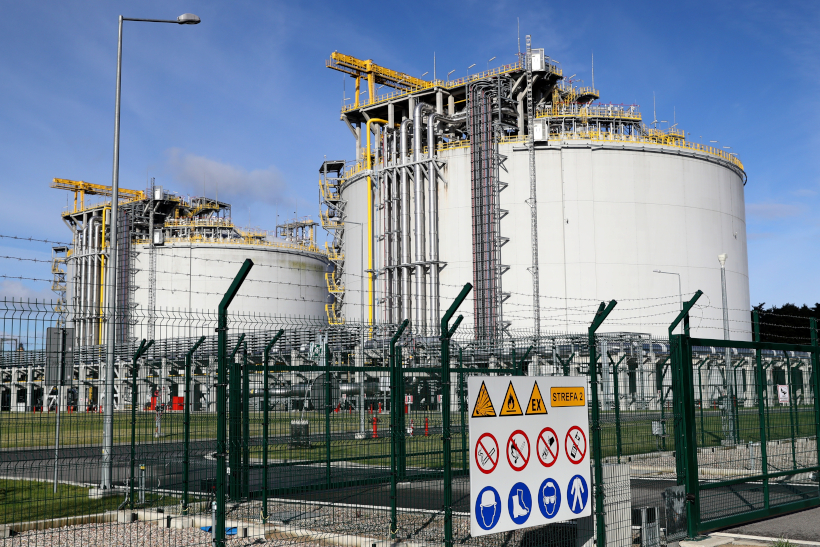 The company’s expansion plans also include a building second wharf for smaller vessels, a third LNG tank with a capacity of 180,000 m3 and infrastructure for trans-shipment of liquefied gas into railway tankers and ISO containers.Marcin Bielecki/PAP

Right now, the Polish terminal’s regasification capacity is 5 billion m3 per year, but Polskie LNG plans to increase it to 7.5 billion m3, which would satisfy around 50 percent of Poland’s annual gas demand.

The company’s expansion plans also include a building second wharf for smaller vessels, a third LNG tank with a capacity of 180,000 m3 and infrastructure for trans-shipment of liquefied gas into railway tankers and ISO containers.

In his opinion, the changes will help the company influence the development of the gas market in maritime, inland waterway, rail and car transport in Poland.

“We will also increase the importance of the terminal in Świnoujście in northern and central and eastern Europe,” he added.

Electricity from coal burning falls to 46.08 pct y/y in December