Living the dream: Canadian couple quit the rat race to buy a castle

Arguments are unheard of, all that is aside from one: is it a palace, or is it actually a castle? Stepping in to solve this dispute is Jamie Patterson Chojnacki, one half of the Canadian-raised couple that have made this their home.

“Technically,” says Jamie, “it’s both. When this area was part of Germany it was historically referred to as a Schloß (castle); Poles, on the other hand, see it as a Pałac (palace). The towers and heavy-duty construction suggest that either term is acceptable, though this was never fortified nor intended for defence. Rather, its architecture was a display of grandeur in a style that the original owners found whimsical and perfect for entertaining and luxuriating in.” 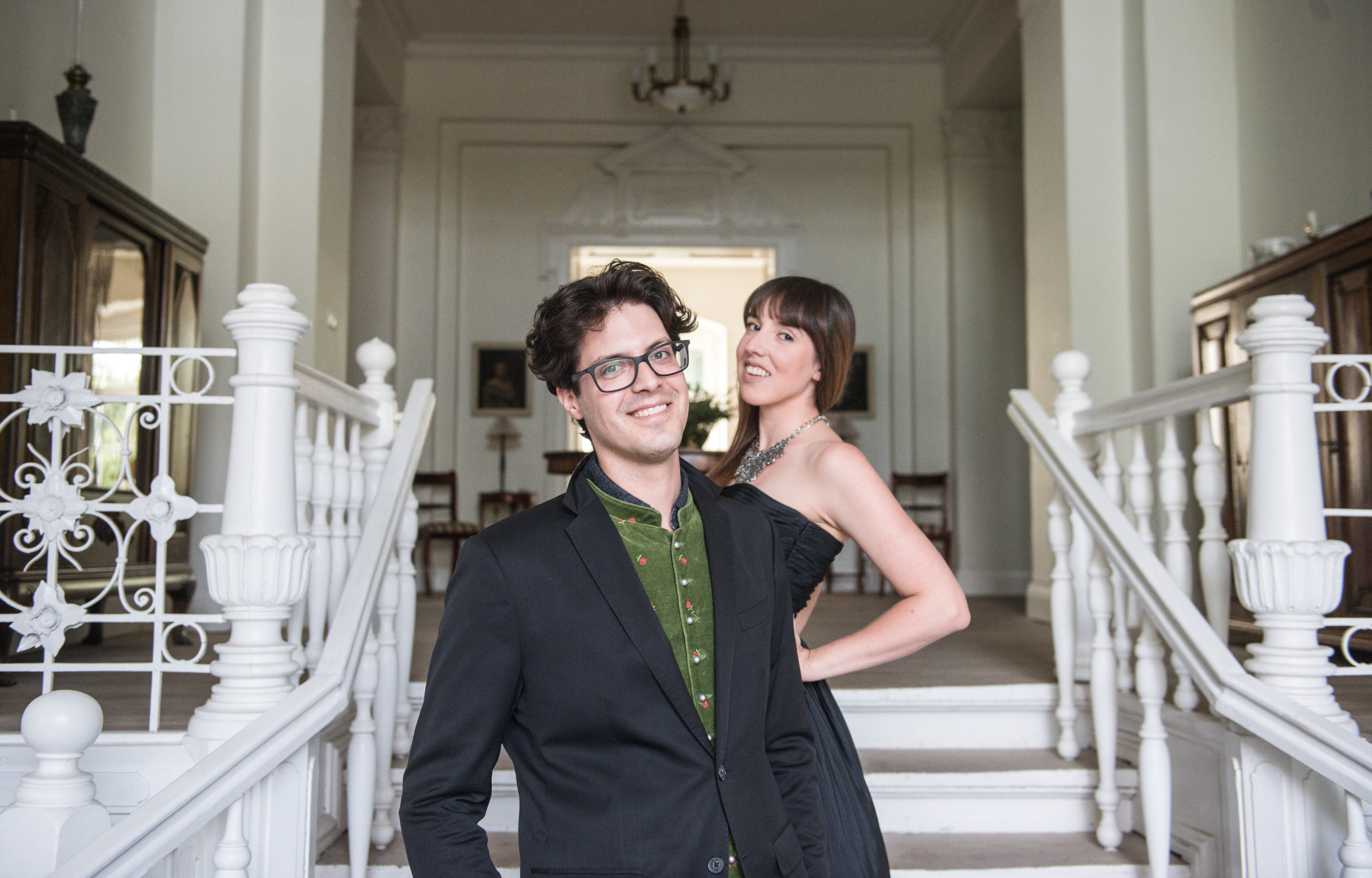 King and Queen of the castle: Having previously engaged themselves in everything from floristry to fixing typewriters, to event planning and managing multi-million dollar client portfolios, for Matt and Jamie Chojnacki owning a historic property had always been a long-held aspiration.TFN

Call it what you will, it is nothing if not enchanting. Positioned less than 20 kilometres west of Leszno, its story began in the late 1800s when an aristocratic couple by the name of Anna and Eugen Von Seherr-Thoss inherited a rambling manor estate that had stood on their family’s land for hundreds of years prior. Now, with these lands handed on to the next generation, it was time for an update. “Anna,” continues Jamie, “longed for an impressive aesthetic that was as timeless as it was reflective of her idealistic German hunting castle. Eugen was happy to oblige her.”

Choosing to rebuild from scratch, what followed was the creation of the magnificent residence that you see today. Dominated by a soaring central turret, it’s a visual feast of fairy tale details and Disney-esque towers. With the original owners dying childless, the castle passed to their nephew, Lothar Von Brandenstein, and his patronage saw business prosper (among them, husbandry, brewing and wine production) as well as a continuance of the high society parties for which this dwelling had become known. Life thrived and good times were had. On hand to record them, Ruth, Von Brandenstein’s wife, put pen to paper to document events.

Writing, it appears, was a family trait. Working under the pseudonym of Leonie Ossowski, their daughter Jolanthe would later author a string of celebrated novels detailing her youth and the intrigues of the castle. Of these there were many, not least the story of a pair of sisters who escaped forced wartime labour in Germany by seeking shelter – with Von Brandenstein’s permission – in the basement of the castle. 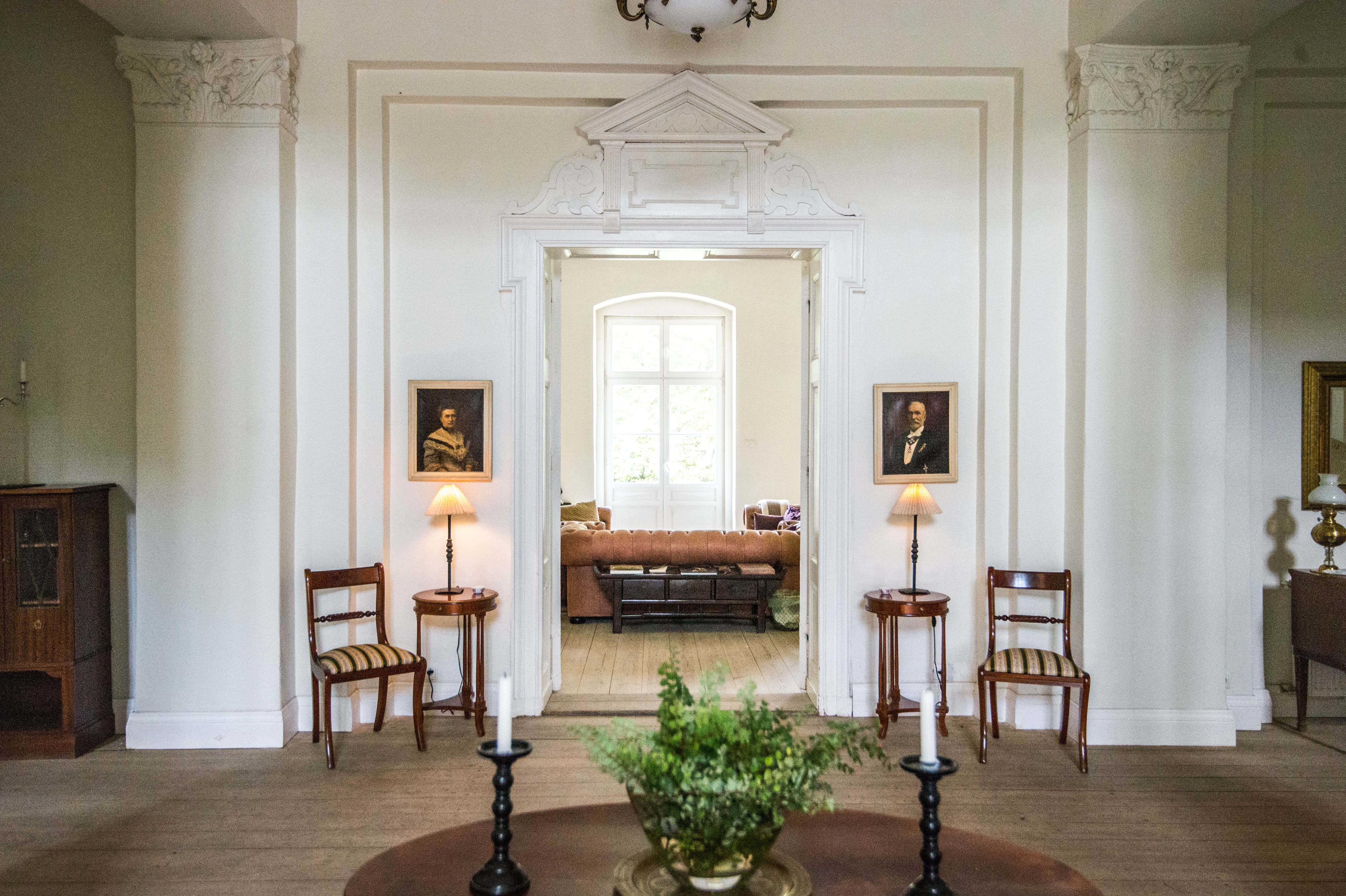 Positioned less than 20 kilometres west of Leszno, its story began in the late 1800s when an aristocratic couple by the name of Anna and Eugen Von Seherr-Thoss inherited a rambling manor estate that had stood on their family’s land for hundreds of years prior.TFN

With Europe’s map redrawn in the wake of WWII, the Communists earmarked the castle for seizure and its owners expelled; loftier elements were removed and the castle allowed to decline and deteriorate. To all intents and purposes, this should have spelled The End.

But with the new millennium came new hope. Purchased by another couple in the early 2000s, under their aegis a careful program of restoration was put into motion. The seeds of recovery had been sewn. Since then, the castle’s recovery has maintained momentum with the entry of a new set of castellans who have picked up the gauntlet and continued the delicate renovation.

Having previously engaged themselves in everything from floristry to fixing typewriters, to event planning and managing multi-million dollar client portfolios, for Matt and Jamie Chojnacki owning a historic property had always been a long-held aspiration. 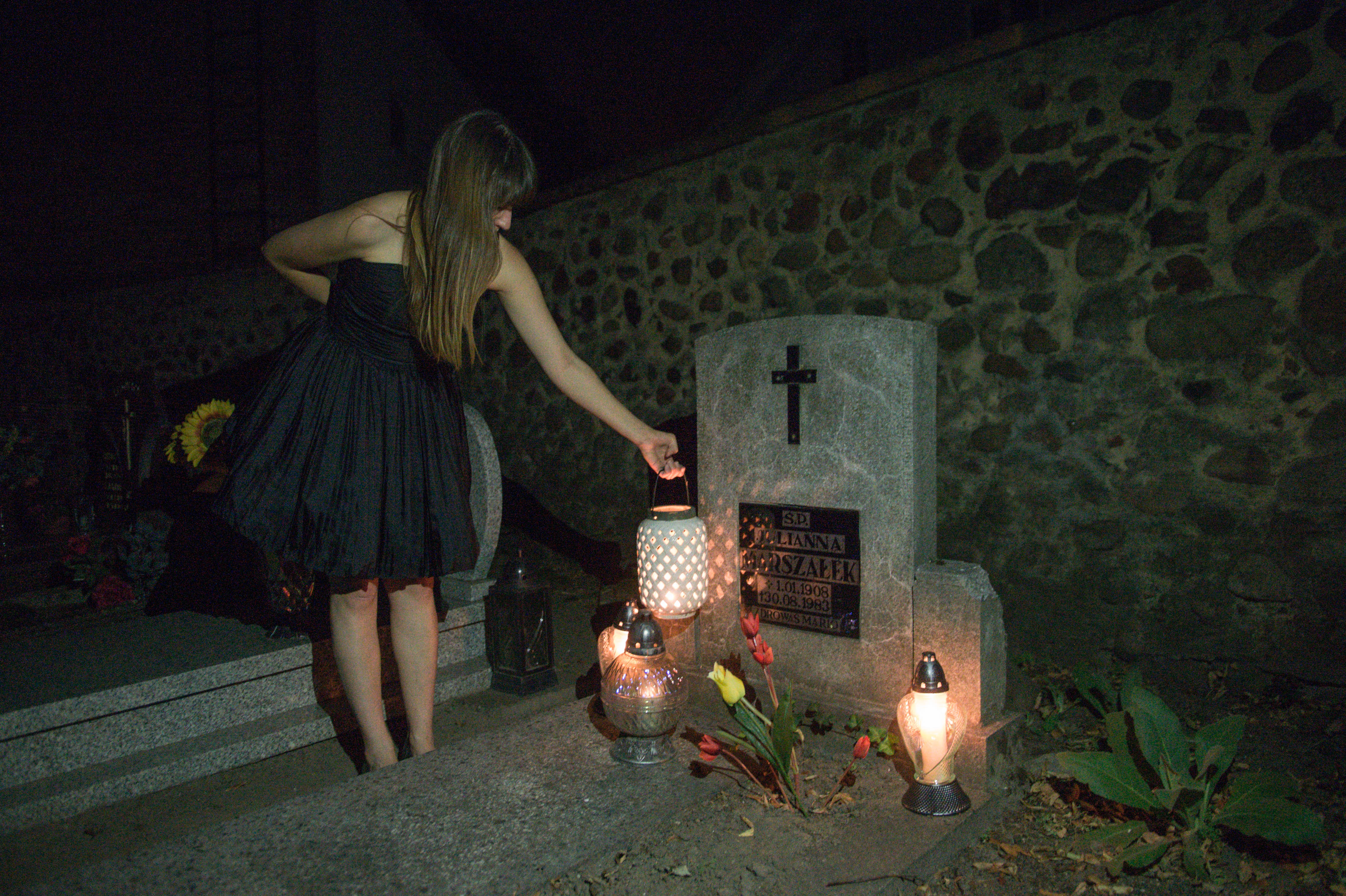 Ripe for exploration, features of the village include the grave of a ‘good witch’ that the Chojnacki’s commemorate on key dates with lantern-lit vigils to the nearby church.TFN

“We considered several curious and captivating buildings over the past couple of years,” says Jamie, “including a 700-year old synagogue in Germany’s Mosel wine valley, a 500-year-old Moravian monastery, and finally this previously German aristocratic palace in modern-day Poland.”

It was love at first sight. “From the moment we stumbled upon some photos of the home online,” continues Jamie, “to the conclusion of our first visit where we discovered its undeniable charm, we felt this place was something special – as we went through our long list of ‘must-haves’ and ‘nice-to-haves’ the immense potential of this palace really shone through and it ticked all the boxes for us so to speak. So we came back again, and again… and now here we are.”

Though still committed to running their own financial and marketing consultancy business, for the Chojnacki’s the castle at Osowa Sień has become the project of a lifetime, and in Jamie’s case, the realization of a childhood promise to live in a palace. “Since I can remember,” she laughs, “I’ve had these notions of restoring old properties and objects and sharing them with those who appreciate history.” 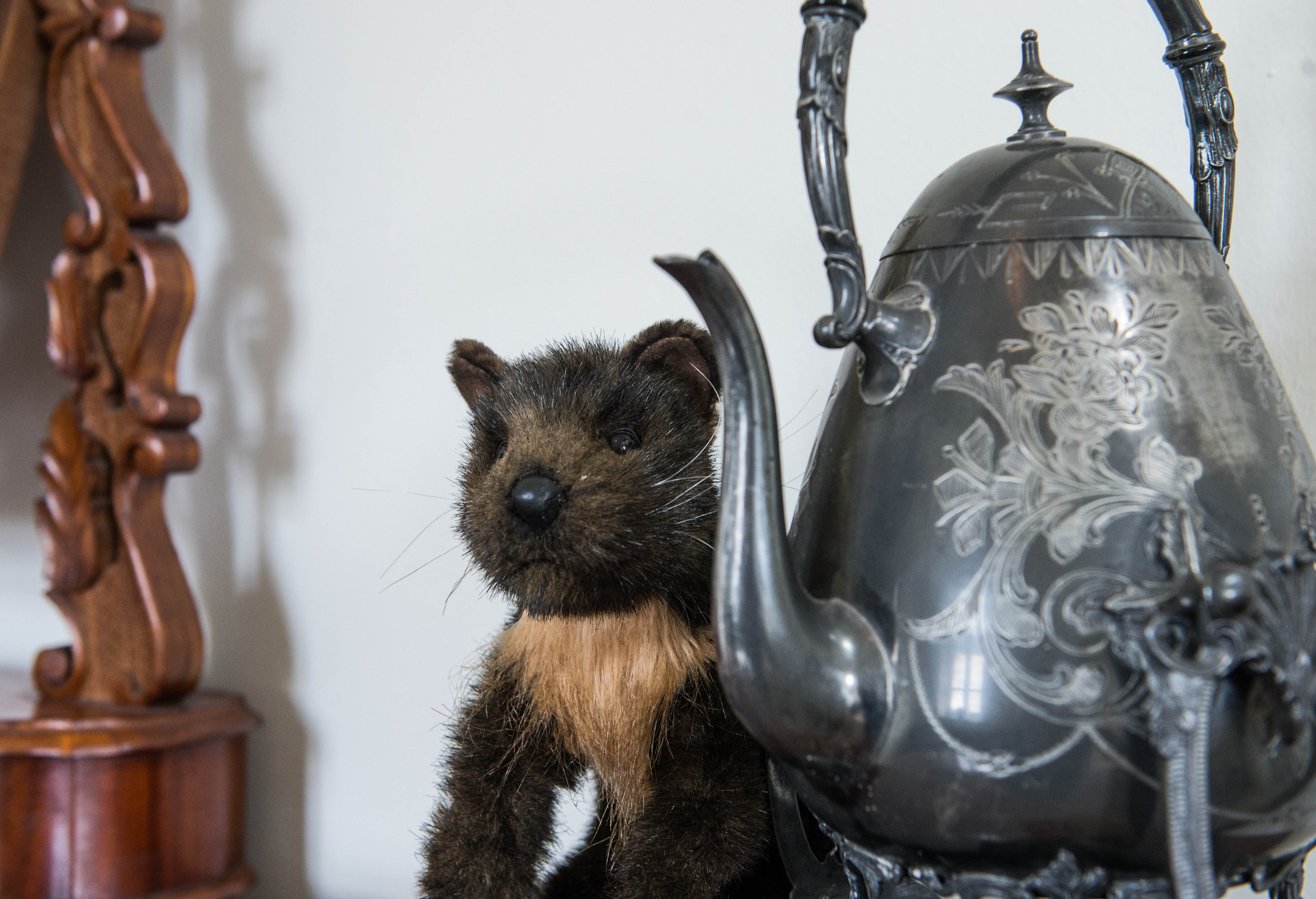 Quirks and eccentricities abound – for instance, a hunting parlour decorated with stuffed toy animals instead of the heads of murdered beasts – and such extends beyond the perimeter outside.TFN

The public, too, are welcome to experience the fantastical thrill of castle living. Operating as a quite remarkable hotel, the revival of the castle has involved the unveiling of ten suites, each inspired by the works of Leonie Ossowski. Exploring its many nooks and corners, the sensation is of walking through a magical, dreamlike kingdom that’s not entirely of this world. As daylight streams through the windows, the castle’s swan white colour palate assumes a glow that’s almost holistic in its spirit. The ills of the world, you feel, do not penetrate the walls.

“Inevitably,” says Jamie, “when you have a place like this, it tends to attract a particular type of person, and it’s those people who feel that attraction that make it what it is. As a piano needs to be played to stay in-tune, a palace needs to be enjoyed by people to stay alive and relevant – else it runs the risk of becoming an out-of-touch relic.”

Immediately, you know this will never be a problem at Osowa Sień. Defined by their service-first approach, the infectious enthusiasm of the Chojnacki’s and the sheer spirit of the castle combine in a captivating whirl of indescribable charm. Quirks and eccentricities abound – for instance, a hunting parlour decorated with stuffed toy animals instead of the heads of murdered beasts – and such extends beyond the perimeter outside. 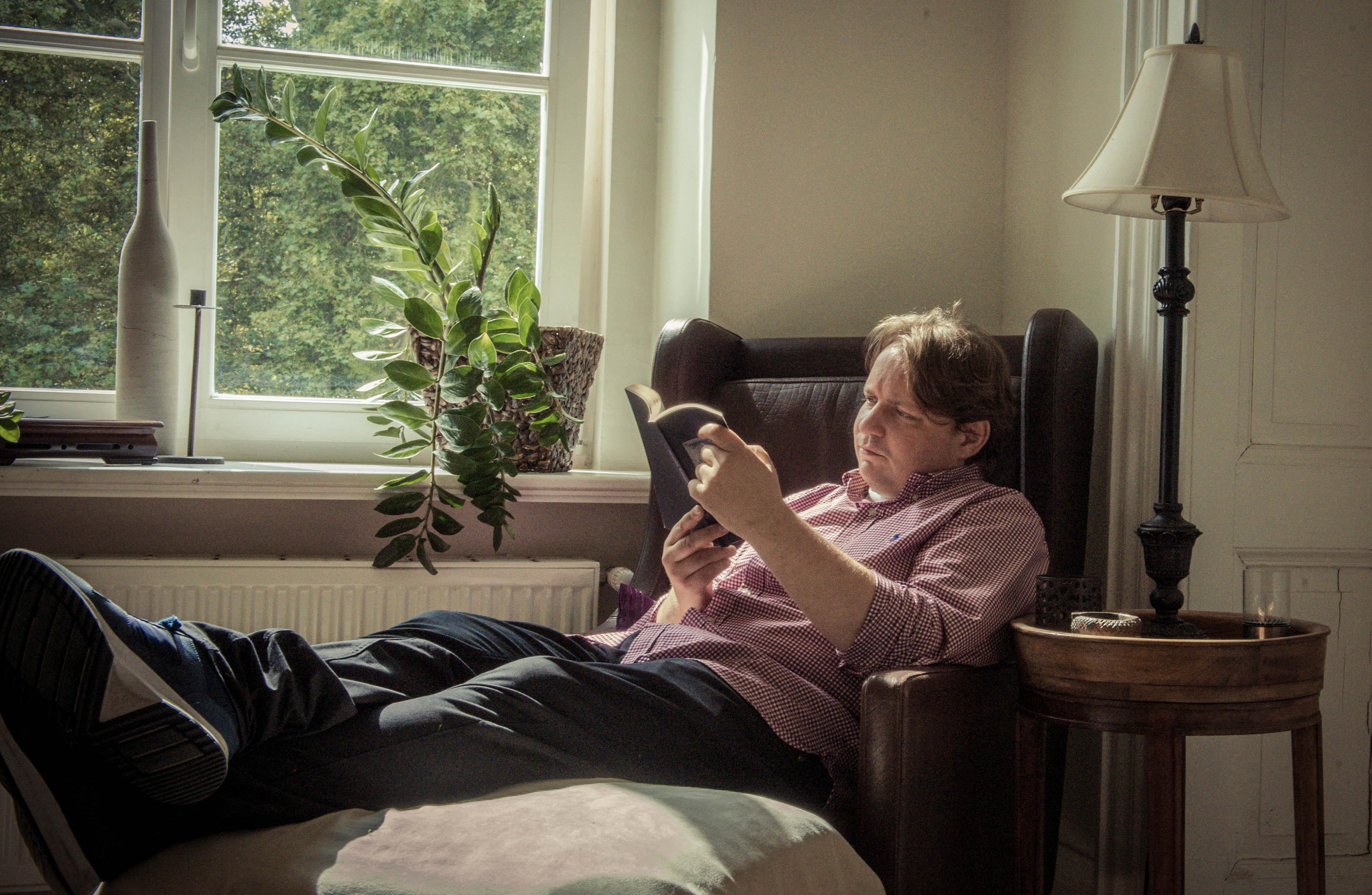 As daylight streams through the windows, the ills of the world, you feel, do not penetrate the walls.TFN

Ripe for exploration, features of the village include the grave of a ‘good witch’ that the Chojnacki’s commemorate on key dates with lantern-lit vigils to the nearby church. A little further out, the charismatic settlement of Wschowa, its pristine cobbled square shrinking in the shadow of an intricate town hall. Why, you ask, have I never heard of it before. And then, just when you thought it couldn’t get more extraordinary, the journey back reveals a Commie-era statue of an imperious-looking bull. Occupying a plinth once reserved for Otto Von Bismarck, the giant monument honours a breeding hybrid introduced to the district in 1974. Pitching back up to Osowa Sień in one of the horse-drawn carriages that are available for hire, guests can’t help but feel completely entranced.

No wonder, therefore, that the castle has become a magnet for those seeking something out of the ordinary. “The castle,” says Jamie, “is continually filled with larger-than-life characters; from well-coiffed international businessmen of great mystery, to well-versed artisans and linguists, gentry, retirees, students, and international characters of much sensation. Sometimes these guests stay for a fleeting moment, only to return in the dark of night a few weeks later. Other times, they come to get away from it all and make the palace a sort of home away from home where they spend many days – or weeks – as a sort of creative retreat.”

Dusk brings a thin autumn mist that embraces the castle. In the distance, soft jazzy tunes escape down candlelit corridors in undulating waves. Basking in the warmth of the fireplace, a glass of wine in hand, one instantly recognizes why these guests keep returning.