Living in a box: Gdańsk to get “container town” to help revitalise dockyards

A “container town” will that will provide a flexible space for businesses and start-ups will be built in Gdańsk’s historic shipyards.

The “town” will be built on the site of the Cesarska Shipyard by the River Martwa Wisła.  Built by the Prussians in the 19th Century, the shipyard is being revitalised, with plans to turn it into a new mixed-use space combining offices, housing, retail and entertainment.

Buildings made of shipping containers are currently popular due to their versatility and relatively low cost. Widely available and easily transportable, the steel boxes can be stacked in a modular way. Designed for long sea journeys, they are also hardy and resistant to the outdoors although their drawbacks include temperature variations due to steel’s conductivity. 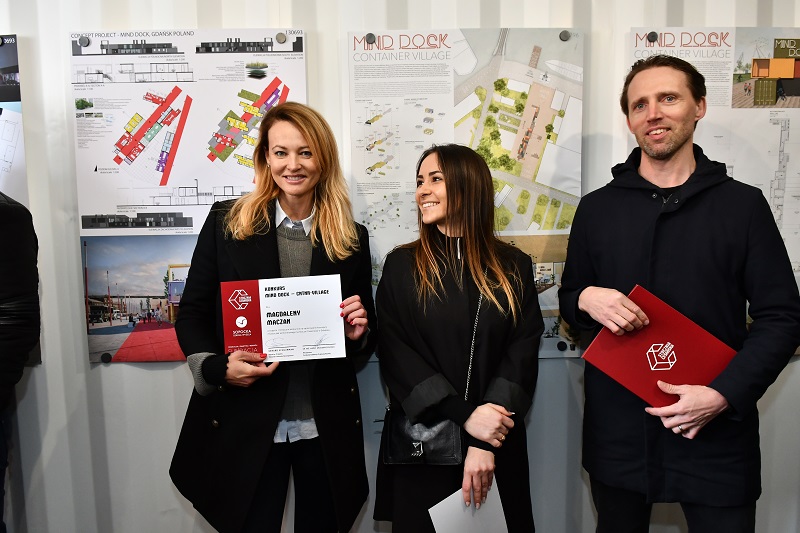 In recent years, the steel boxes have been used for projects ranging from stylish “container homes” to a new outdoor market in Toronto built of containers, which opened this month.

The Gdańsk design was chosen in a competition co-organised by the Sopot University of Applied Sciences’ Architecture Department and a local foundation.

In preparation, students took part in four workshop sessions in which they learned about the specificities of building with containers and visited the site. Five student teams entered the competition. 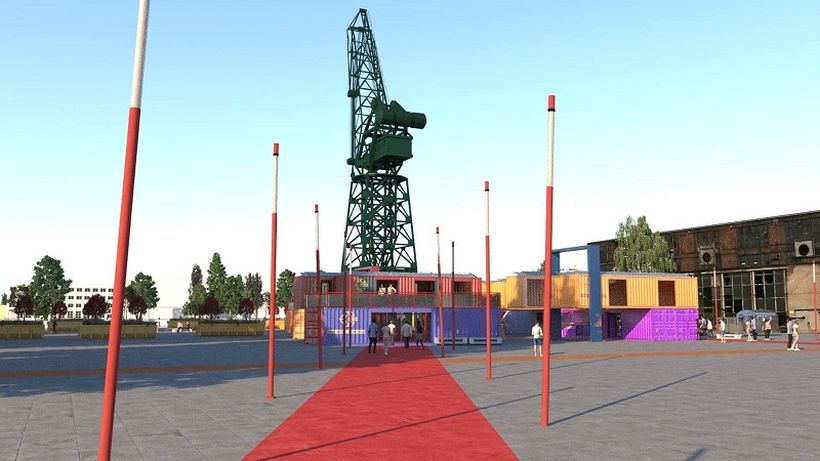 Buildings made of shipping containers are popular due to their versatility and relatively low cost.Sylwia Skwarczyńska i Magdalena Maczan/www.gdansk.pl

“Our goal was to create a user-friendly town. For people who will work here or use co-working,” Skwarczyńska told Radio Gdańsk.

Initially, there will be 30 containers, with space for a hundred people – though these numbers could be increased later.

“The winning conception most reflected the spirit of a close town on a micro scale, while maintaining the raw and industrial character of the place, respecting the historical values of the surroundings,” said Gerard Schuurman, project director at the Cesarska Shipyard, who was one of the judges in the competition. 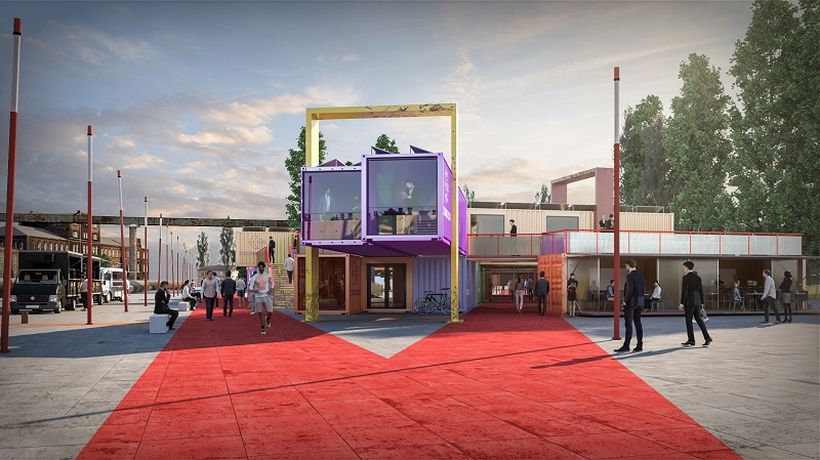 Initially, there will be 30 containers, with space for a hundred people – though these numbers could be increased later.Sylwia Skwarczyńska i Magdalena Maczan/www.gdansk.pl

“Our goal is to create a community and I believe that this design will allow it,” he added, referring to the people who will work in the “container town”.

The next step will be to choose a company to carry out the project and obtain a construction permit. If everything goes smoothly the project could be ready in time for next summer, according to Stocznia Cesarska Development, the company reviving the shipyard.

In the meantime, all the designs submitted in the competition can be viewed in a container by the Żuraw M3 crane in Gdańsk, by the River Martwa Wisła.

The way ahead: developers encourage Poles back to their offices

The Gdańsk man who brought US giant Amazon to Poland