Sales of small scale apartments have continued to flourish despite the pandemic, with developers capitalising on the demand for cheaper ‘turnkey’ properties in prime city locations.

Advertised as the ideal solution for students and young people, and as a secure investment for first-time buy-to-let landlords, micro-apartments offer price conscious first-time buyers functional modern spaces finished to the highest standard, with facilities including a kitchen, bathroom and bedroom tucked inside a space of just 8-30 square metres. 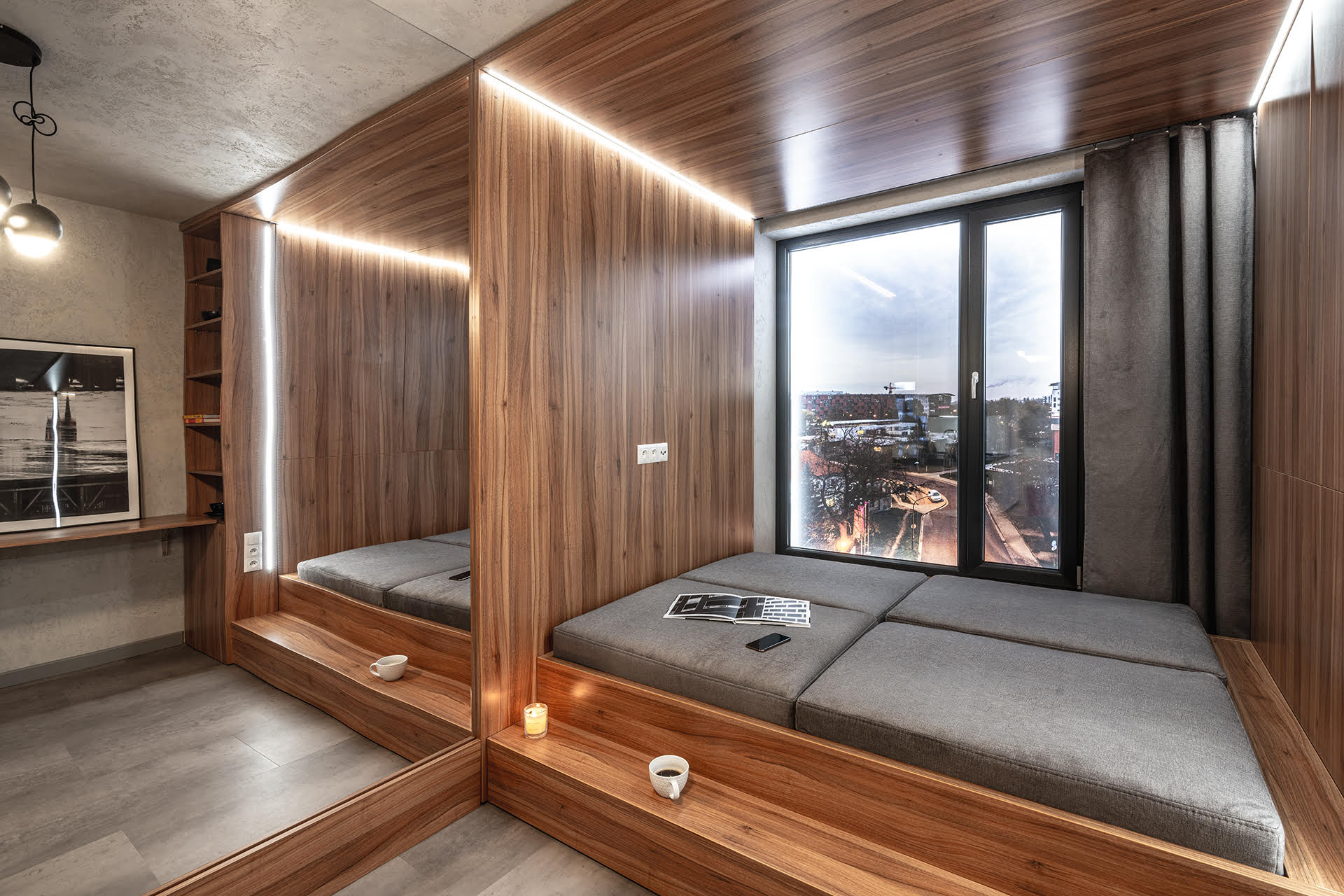 The tiny dwellings are seen as an ideal solution for students and young people, and as a secure investment for first-time buy-to-let landlords.bymade.pl

Often described as Aparthotels or Condohotels, and essentially a cross between a hotel and residential apartment block, buildings containing micro-apartments frequently feature a reception, restaurant, communal areas and co-working spaces. 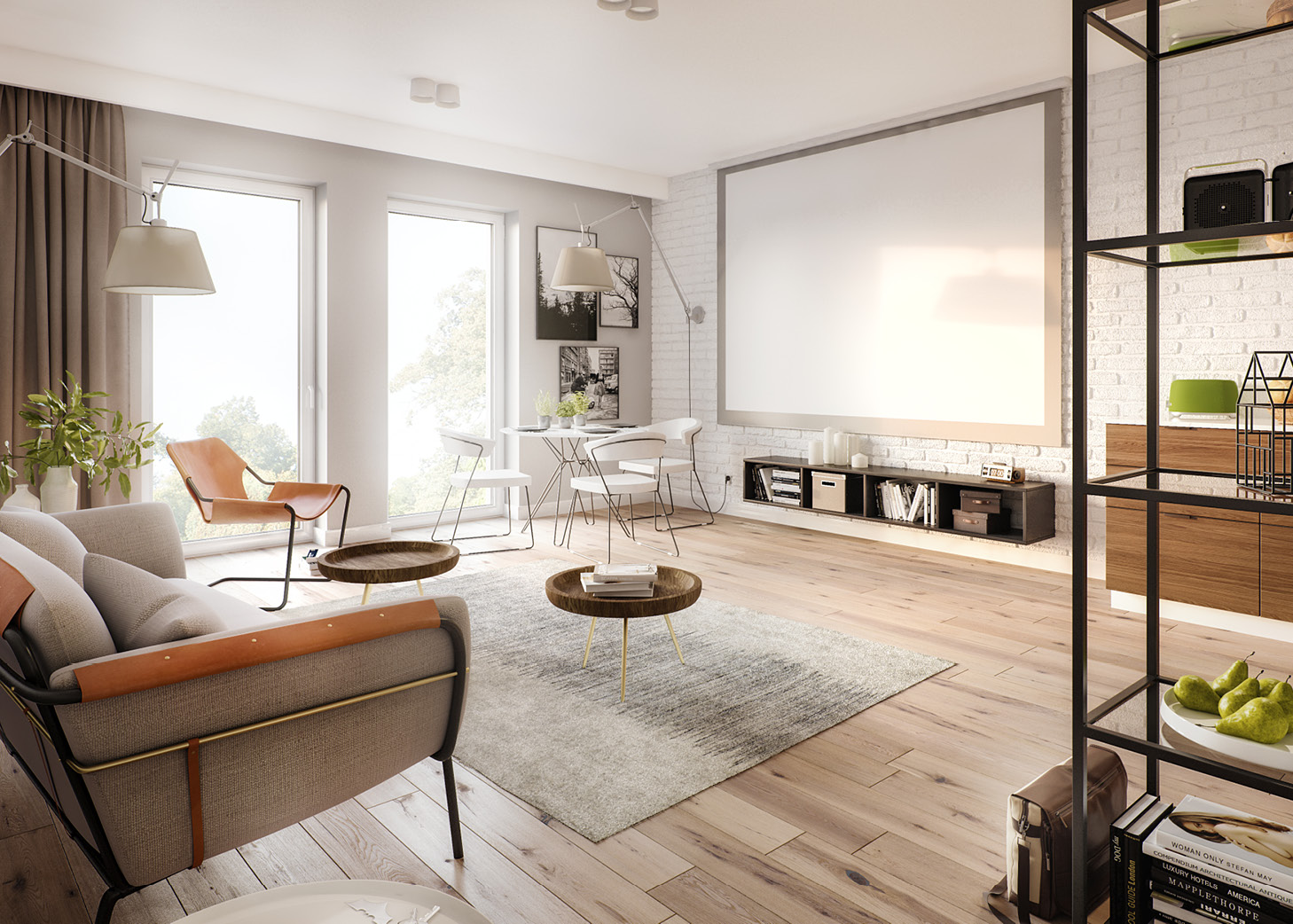 Finished to the highest standard, micro-apartments come with a kitchen, bathroom and bedroom tucked inside spaces ranging from 8-30 square metres.microklimatmieszkania.pl

First hitting Poland’s property market in 2013, the trend quickly took-off after the renovation of a 1960s Wrocław hotel led to the creation of the Starter building. Containing 150 fully furnished micro-apartments ranging from 12 to 27 sq/m in size, the success of Starter was replicated by a follow-up investment, Starter 2. Debuting in 2017 in Wroclaw’s city centre, Starter 2 added a further 168 apartments to the market. 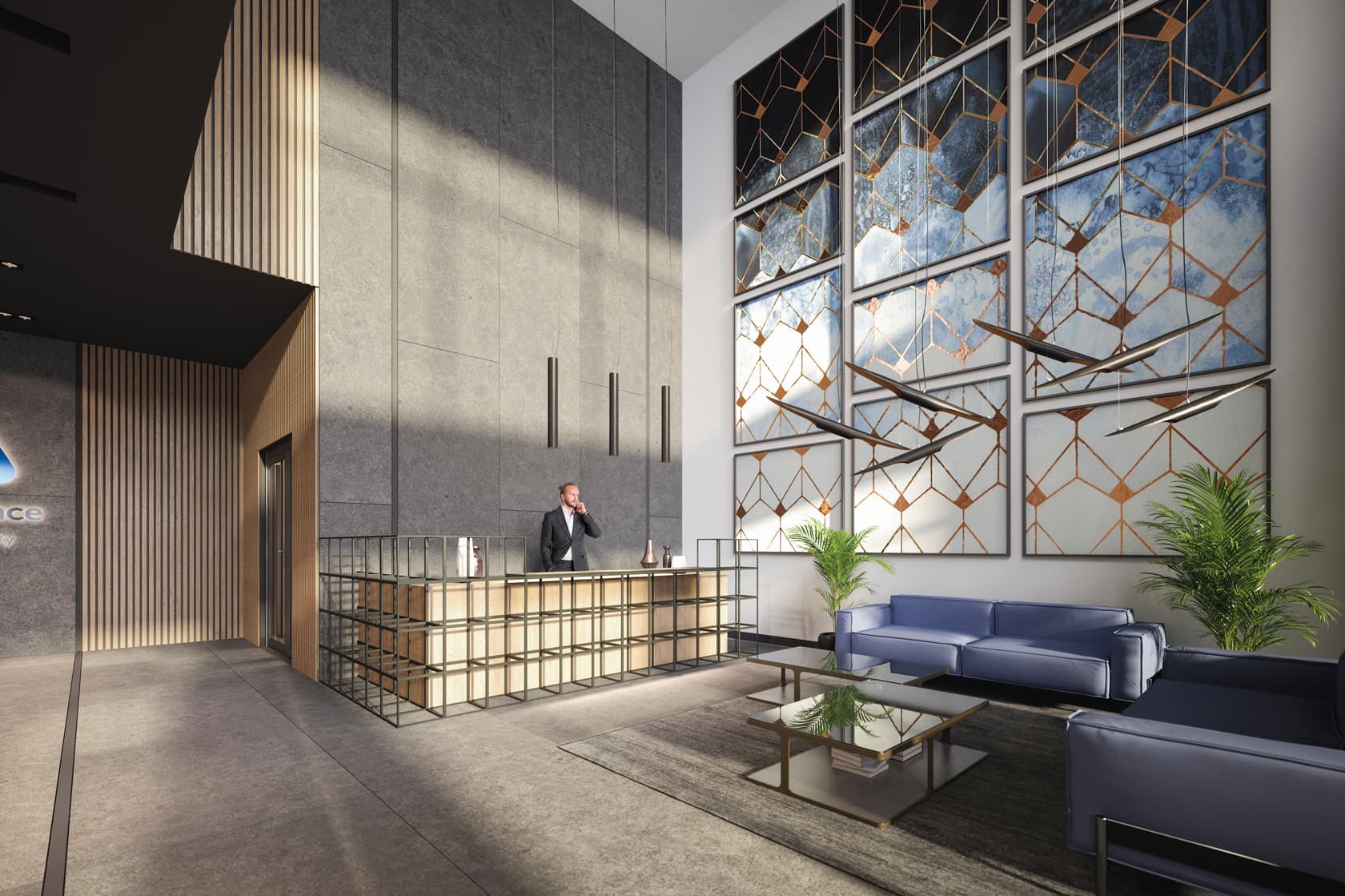 But whilst Wrocław remains the domestic leader in terms of micro-apartments, developers in all of Poland’s other major cities have been quick to follow suit. Now, with the pandemic still raging, micro-apartments have been presented as offering “a safe investment” with “guaranteed returns”.

Often located in enviable or upcoming locations, existing and pipeline projects can be found in Kraków’s Old Town, the heart of Gdańsk on the banks of the Motława, and in multiple locations in Warsaw, such as Wola, Włochy, Praga and Żoliborz. 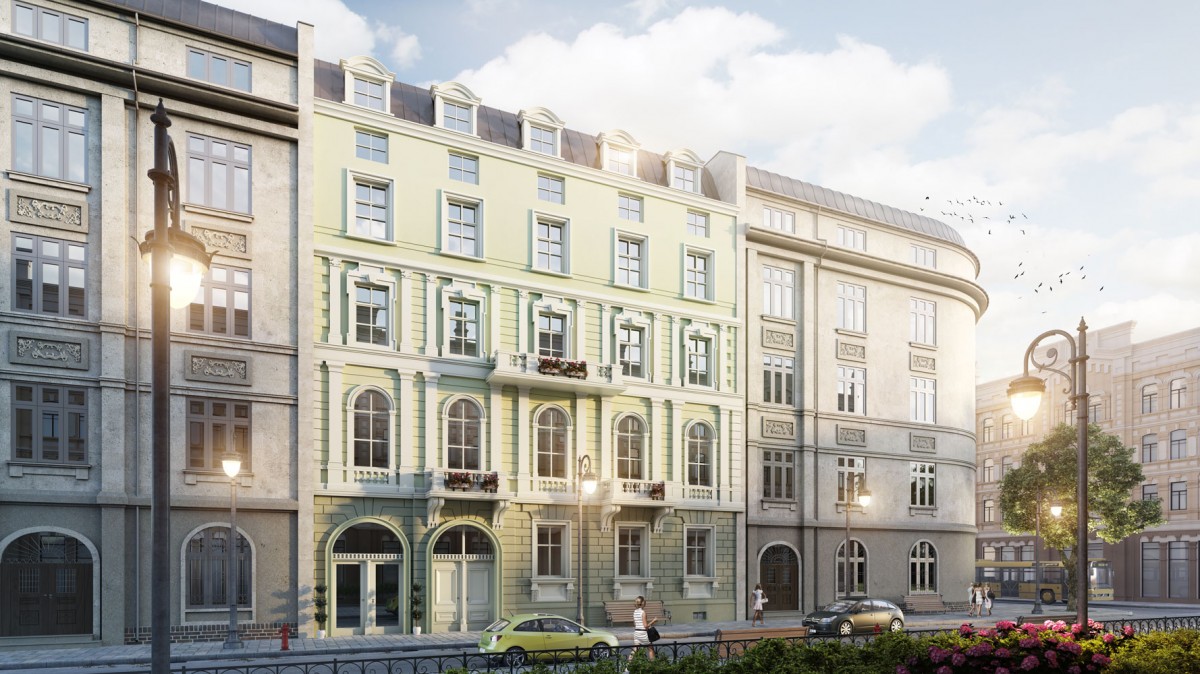 Konstanty Fedyna of the By Made investment group – themselves currently involved in the construction of a micro-apartment building on Legnicka 60C in Wrocław – described the market as rapidly evolving.

“The situation on the property market is changing dynamically and it’s difficult to summarise the general preferences of buyers,” says Fedyna. “However, since September we have seen a growing amount of activity amongst individual investors who are looking for one-room properties and a safe investment for their money.” 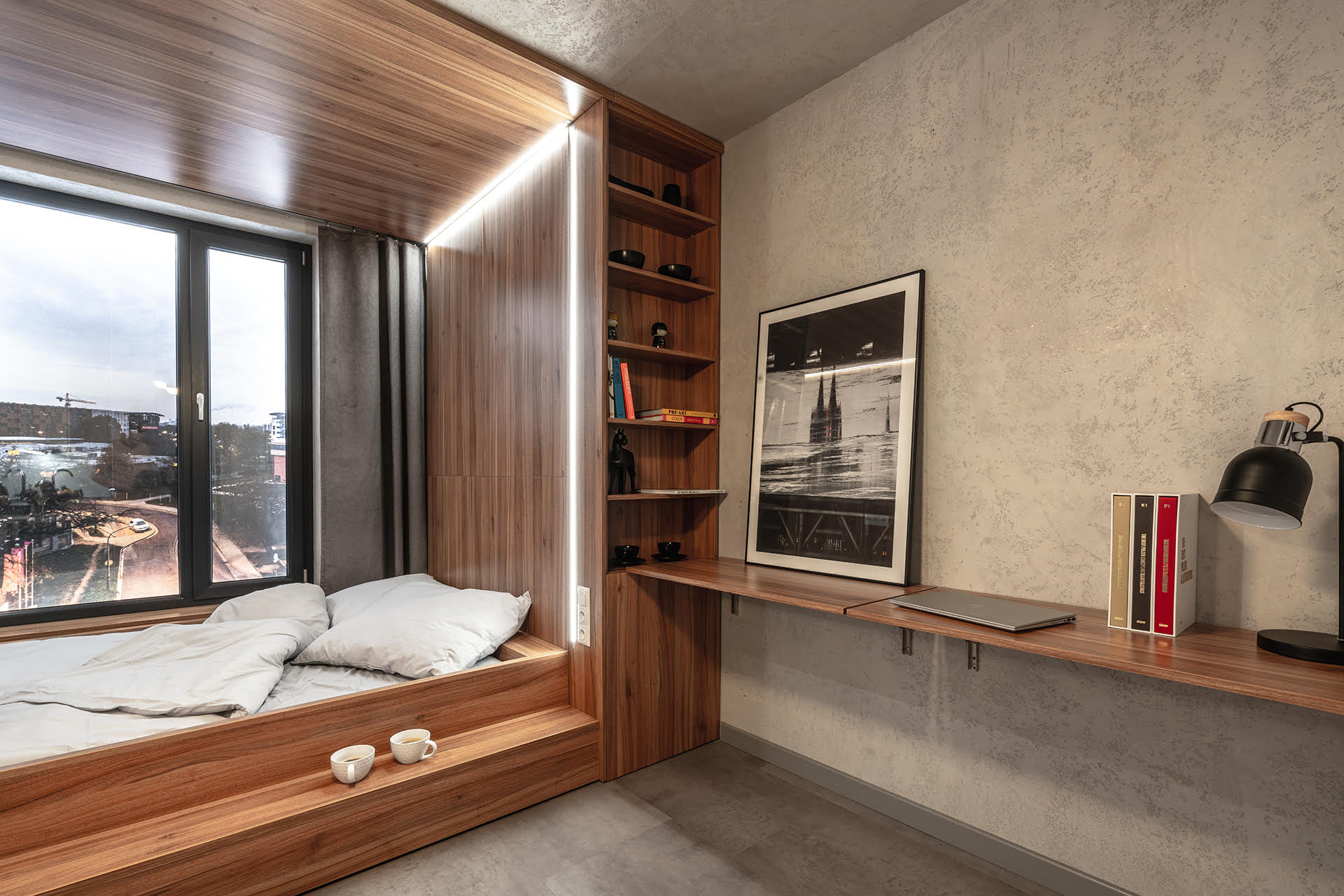 Currently, price tags for micro-apartments oscillate between 90,000 to 240,000 złotys, though some have been known to fetch more.