From Poland to the US and back. Katia Roman-Trzaska abandoned her profitable career as a lawyer to establish a new business, opening the first cooking school for children in Warsaw, Little Chef, and she hasn’t looked back.

“What are you doing here?”

We asked this question simultaneously, looking at ourselves in disbelief. It was 1993. We had split up 10 years earlier, in quite dramatic circumstances. Kasia's father, Romuald Roman, a well-known Solidarity activist in Podhale, after years of harassment in the time of communism, had been given a passport and the “good advice” that he and his family leave Poland forever.

So he packed the family’s world in and on a small Fiat 126p and went with his wife and 10-year-old daughter to Vienna, from where he managed to fly to the USA after a year in a refugee camp. I lost my childhood's sweetheart. After 10 years we came across each other in the corridor of the University of Warsaw. 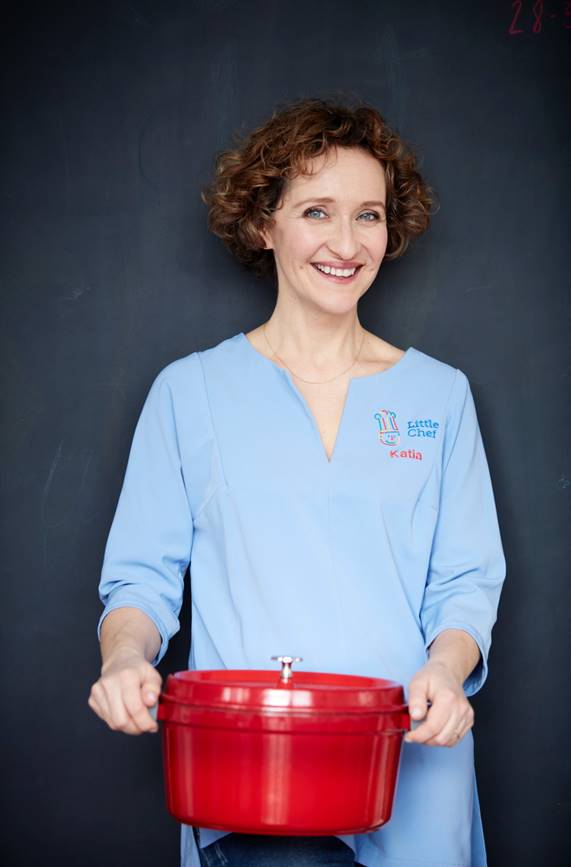 Katia traded in her job as a lawyer to found the school.Little Chef

“You first,” I screamed.

“OK. But I am begging you, call me Katia. In the US, my name was twisted so much that I finally changed it. I came to Warsaw to study law. Here, education is much cheaper than in America. I also missed Poland so much. But I will return to the States because I left my fiancé there, and I make it clear: a career in the USA is different to one in Poland. OK. Now it’s your turn?”

Katia, with difficulty, repressed a yawn.

“Oh, that's fascinating.” She glanced at her watch. “I have to go. Hope to see you again someday…”

The opportunity did not appear until 15 years later. We came across each other at a party given by the newspaper I was working at.

“What are you doing here?” 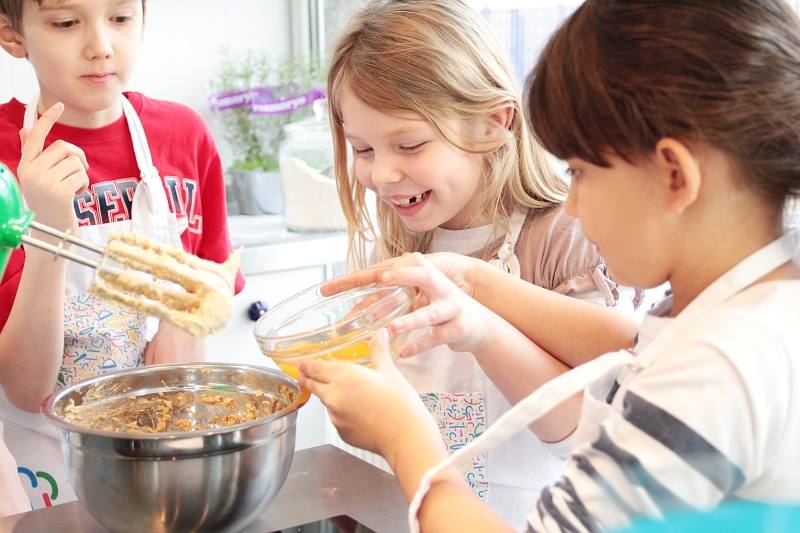 Classes at Little Chef are in Polish and English. Katia and Paweł run courses for schools and nurseries, they also train kids from orphanages.Little Chef

This time she was faster.

I raised my hands.

“I work in a newspaper as the head of a foreign department.”

She opened her eyes wide.

“Aren't you supposed to be an archaeologist and dig in the ground looking for some old rubbish?”

“After getting my diploma, I worked in a solicitor’s office, but soon realised that I love something else. I founded a cooking school for kids - Little Chef.”

“What?” I choked on the champagne. “What does your fiancé say?”

Katia discreetly pointed at a handsome guy surrounded by a circle of actresses.

“Oh, I don't remember who I told you about that time. This is Paweł, my husband, a producer on TV.”

“For children.” She corrected me. “And especially for boys.” 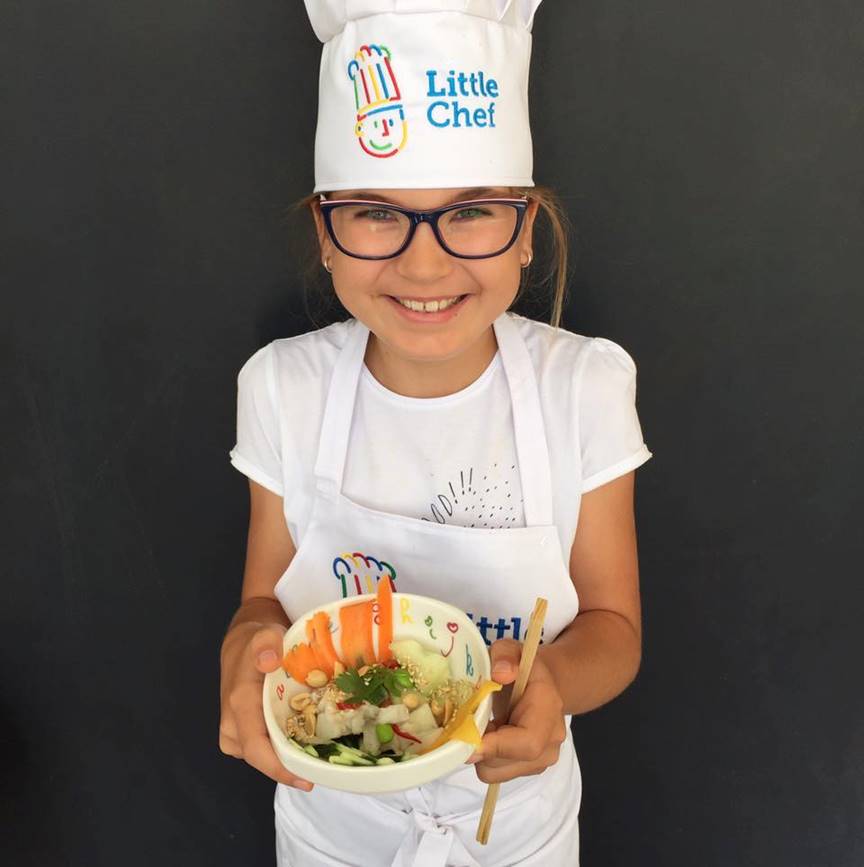 Most importantly the couple advise people on how to prepare meals with passion.Little Chef

And she began to speak. The idea for the business had come from life. After giving birth to two sons and deciding she would never be an overprotective Polish mother who provides her lords with all their hearts’ desires, she took them into kitchen, and the boys loved it. But now Katia had to invent new and exciting tasks. Having taught her sons how to cook, she decided to engage in culinary education on a larger scale. At the time of our meeting she was thinking about changing the school’s premises to a larger one, because the company had begun to grow.

Today, after 13 years of activity, it has not only trained 80,000 children in culinary skills but also their parents, because during the family activities the navy rule applies: all hands on deck!

It is important because Katia's husband – Paweł – is an avid sailor. He organises summer tours for young people to the Mazury Lake District, where he teaches both sailing and cooking.

Classes at Little Chef are in Polish and English. Katia and Paweł run courses for schools and nurseries, they also train kids from orphanages to instil the principles of healthy eating.

But most importantly they advise people on how to prepare meals with passion. Their HQ in Warsaw is a friendly and safe place. But definitely, it's not a playground. It is a professional kitchen where kids work hard and after cooking they sit together with their parents at the table. Because when we eat, we build the strongest bonds.

Children learn the basic safety rules that they must apply in the kitchen. They also know that after having the best fun, they have to clean up after themselves. Like in real life.

Adults only! Housing development offers ‘beautiful homes with no kids or pets’ allowed

Read all about them! Children’s authors in Poland