Life in the fast lane: the incredible life and times of Józef Czapski

Few people would dispute the fact that the life of Józef Czapski reads as if it was lifted from the pages of a thriller. The aristocrat, who died on January 12, 26 years ago, led a life packed with adventure, and at times contradiction, which took him through three wars, a spell of pacifism, and high-art culture.

Józef Czapski was born into a Polish aristocratic family on April 3, 1896 in Prague, and was given the full name of Józef Maria Emeryk Franciszek Ignacy Hutten-Czapski family. He was the son of Count Jerzy Czapski and Józefa née von Thun-Hohenstein.

He spent his early years with his brothers and sisters on his family estate at Przyłuki (now in Belarus). Then he moved to St Petersburg where he attended high school before studying law at Saint Petersburg University.

In 1917 he joined the Polish 1st Krechowce Uhlan Regiment, a famous cavalry regiment of the Polish Army, which had been formed in 1915 as part the Imperial Russian Army, but he soon quit the ranks due to his ardent pacifist beliefs.

But Czapski was not a coward. When he learnt that some of regimental colleagues had gone missing he went on a mission to track them down. He found out they had last been seen in Petrograd (as St Petersburg was renamed for a brief period), which was the centre of the Russian Revolution and its bloody turmoil. On arriving in the city he found out that all of them been executed by the Bolsheviks. This made him abandon his pacifist beliefs. 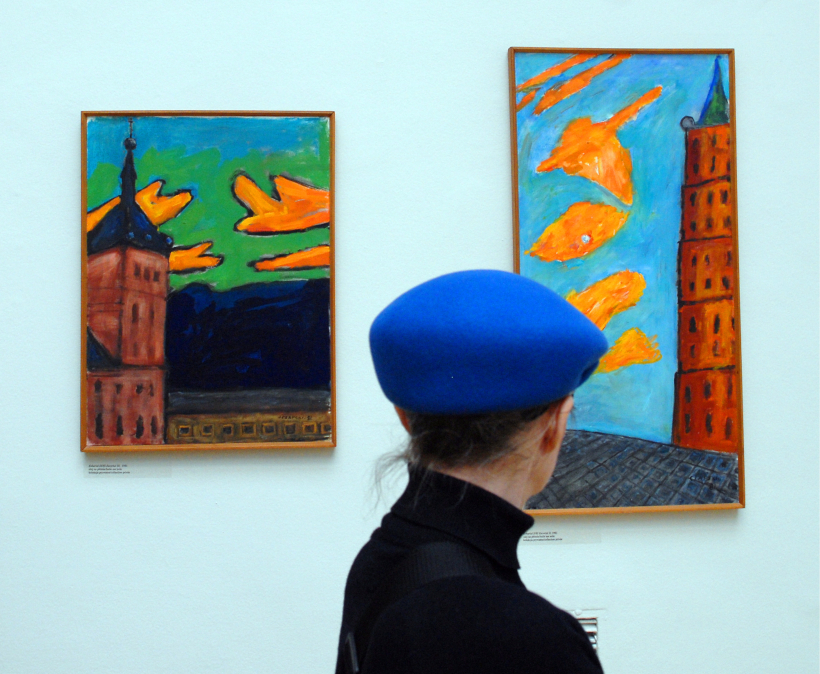 Due to the terrible effects of the revolution, Czapski moved to newly-renascent Poland, which had regained its independency, and in 1918 he began to study arts at the Academy of Fine Arts in Warsaw. For a time he studied under Stanisław Lentz, a renowned painter, portraitist and illustrator, but above all a meritorious lecturer.

Unfortunately, peace did not last long. When the Polish–Soviet War broke out in 1919 the young art student, who had already seen the cruelty of the Bolsheviks, joined the ranks of the Polish Army and fought as a second lieutenant in the crew of one of the armoured trains that saw action on several fronts. For his conduct he was awarded the Virtuti Militari, the highest Polish military decoration. 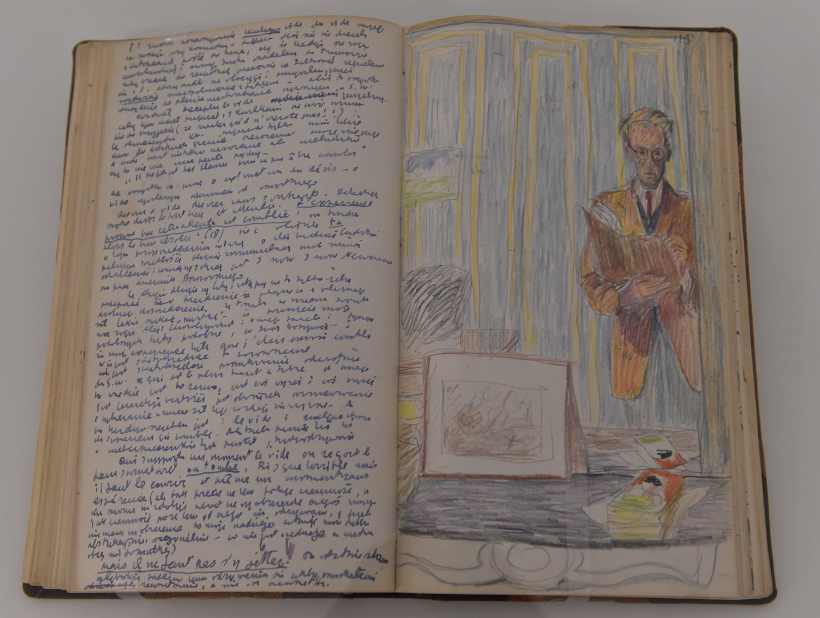 Pages of one of many Czapski's diaries, filled with his notes and drawings.Jacek Bednarczyk

After the end of the war, Czapski re-entered the Academy of Fine Arts, but this time in Kraków. In the city he was taught by the biggest and brightest names in the history of Polish 20th-century visual arts: Wojciech Weiss and Józef Pankiewicz.

Czapski, inspired by the latest trends in contemporary French art, formed, together with his friends from the academy, the Paris Committee for the Relief of Students Leaving for Artistic Studies in France, which aimed to provide financial assistance for students wishing to go to Paris, then the art centre of the world.

Little did know, that this organisation, known in short as the Paris Committee (Komitet Paryski in Polish, or KP), would give its name to one of the most important visual art movements in the history of Polish art, Kapism. The most important members were, apart from Czapski, Jan Cybis or Zygmunt Waliszewski, key figures in Polish modern art.

Czapski used to say that he went to French capital with enough money for six months, and stayed six long years. Being fluent in French, he quickly made himself at home in Paris and entered the Parisian artistic and intellectual circles, getting to know the most outstanding figures in French culture, including André Malraux and François Mauriac. But his stay in Paris wasn’t only about socialising and meeting celebrities from the realm of culture. He was working hard on his painting, and had several exhibitions in Paris and Geneva. 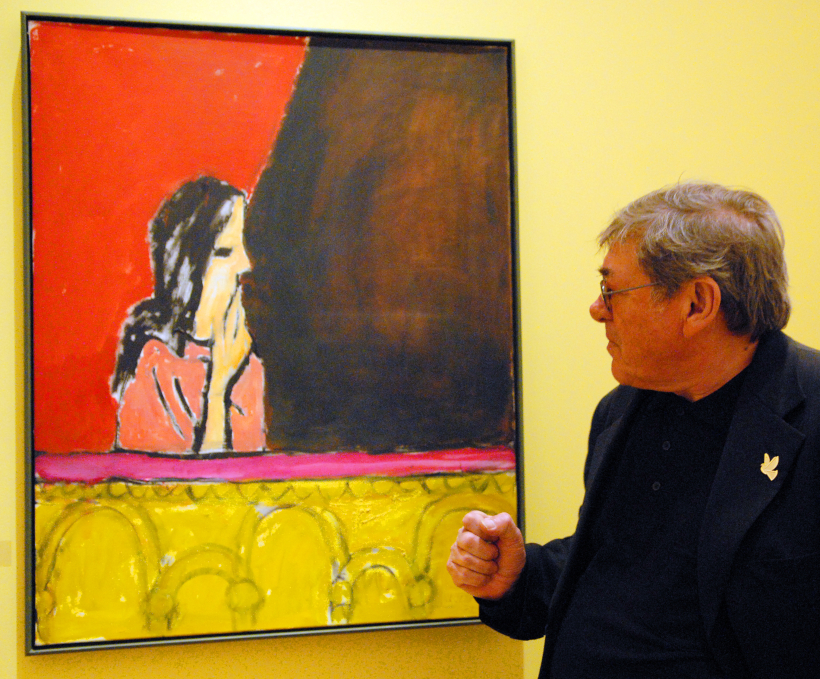 Czapski returned to Warsaw in 1932, where he had a flourishing reputation, not only as a visual artist and writer, but also for his critical appraisals of exhibitions and books.

At the outbreak of WWII, he re-enlisted and went off to war once again. On September 27, 1939, 10 days after the Soviet invasion of Poland, Czapski was arrested by the Soviets and found himself in the Starobielsk POW camp for officers. Later and was transferred first to Pavlishchev Bor, and then to Gryazovets, and by pure chance he turned out to be one of the few hundred Poles who avoided the Katyn Massacre in 1940 in which 22,000 Polish soldiers, lawyers, officials, and priests were shot. 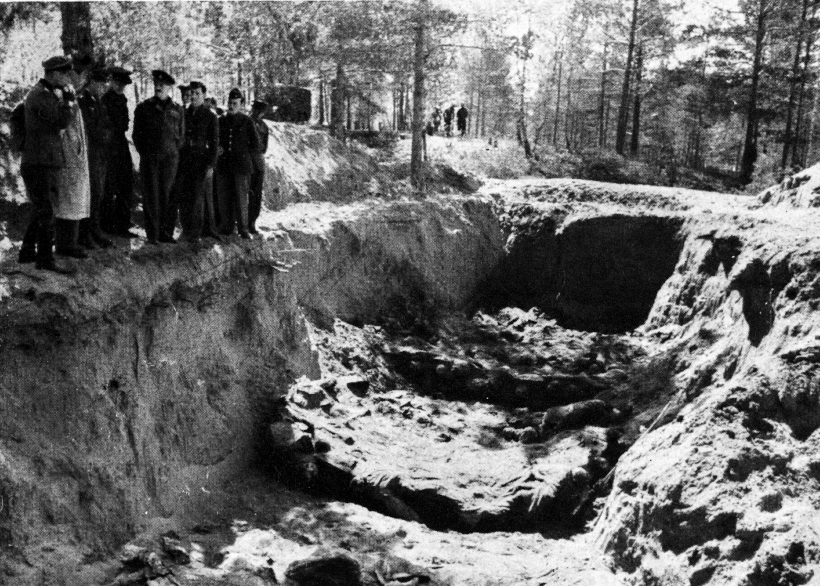 Czapski turned out to be one of the few hundred Poles who avoided the Katyń Massacre in 1940 in which 22,000 Polish soldiers, lawyers, officials, and priests were shotPAP

Czapski was freed as part of the so-called amnesty following the Sikorski-Mayski Agreement of July 1941, and joined the ranks of General Anders’ army. And again history repeated itself when he was assigned the task of tracking down colleagues, this time in Soviet camps.

The fruits of this quest became the subject of his most important book, ‘The Inhuman Land’, published in 1949. The book is widely considered one of the most terrifying testimonies about the totalitarian regimes of the 20th-century.

Czapski, while serving as Ander’s head of public relations and information, met Jerzy Giedroyc, who would become a central figure in Polish post-war culture as the man behind the Literary Institute, which published the ‘Kultura’ magazine. The two, based in Maions-Laffitte, a small town outside Paris, started work on the magazine, and it was also here that the ‘The Inhuman Land’ was first printed.

The first English translation of Czapski's book was published in London in 1951. 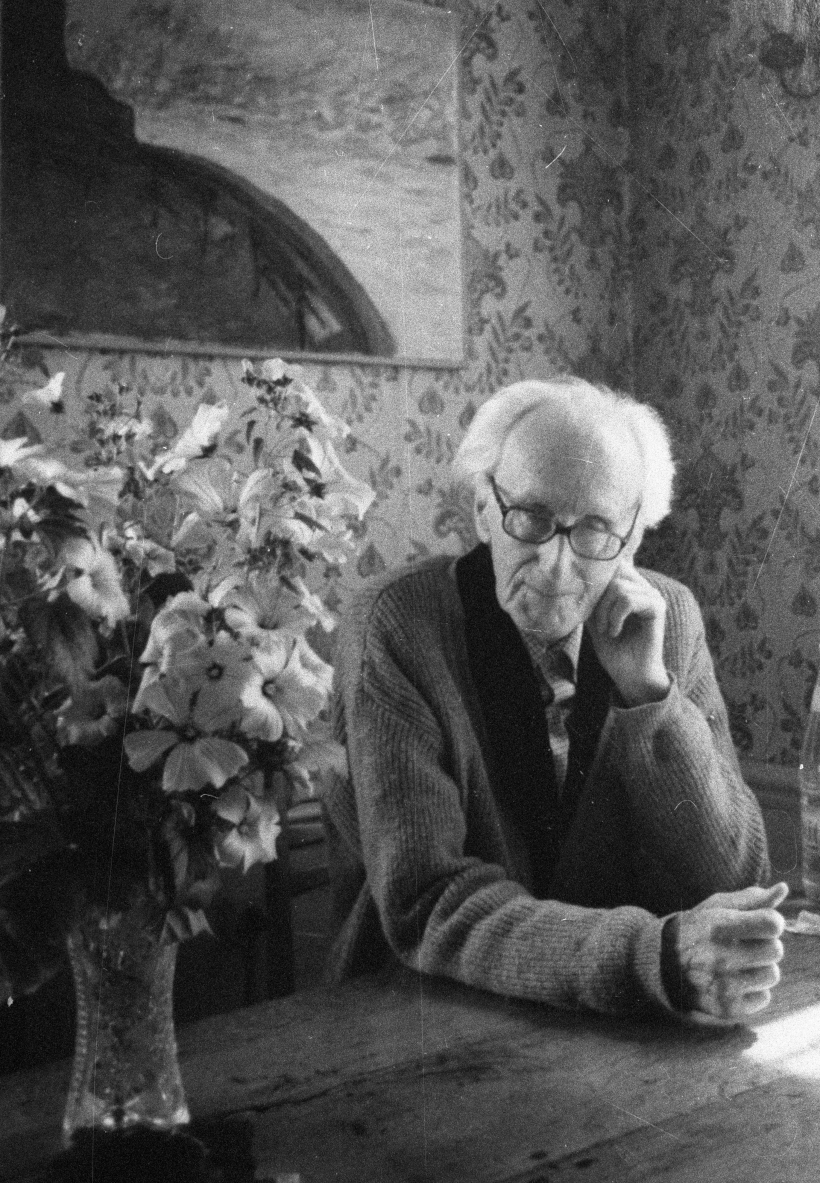 Czapski was awarded the Commander's Cross of the Order of Polonia Restituta, in 1990.