A painting by Tamara Łempicka has sold for a staggering $13million at auction.

The painting ‘La Tunique rose’ went under the hammer at Sotheby’s in New York alongside masterpieces by Picasso, Monet and Calliebotte as part of their ‘Impressionist & Modern Art’ event.

Łempicka’s previous record was for ‘La Musicienne’ which sold for over $8million dollars at auction last year.

The latest auction sees her take the coveted honour of having the most expensive painting sold at auction by a Polish artist. 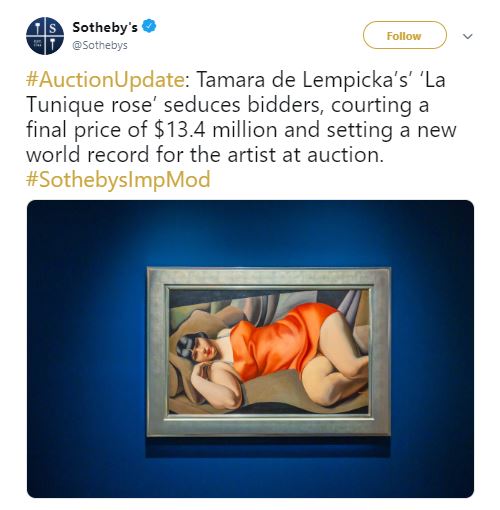 Sotheby’s said: “Lempicka possessed a talent for portraying women in a sexualized yet empowering way.

“A dazzling example of Lempicka’s “clear” yet multifaceted work, La Tunique rose presents a rich tableau balanced by piercing lines and sumptuous curves, her radiant figure highlighted by dramatic chiaroscuro and the pop of silky colour against swells of sensuous skin.

“Showcasing her sculptor’s eye and ability to depict a spirit of elegance and vitality, Lempicka presents a rare example of the artist’s full-length figures in La Tunique rose.”

Born in Warsaw in 1898 as Tamara Rozalia Gurwik-Górska, the artist travelled the world living in Paris, New York and Mexico. 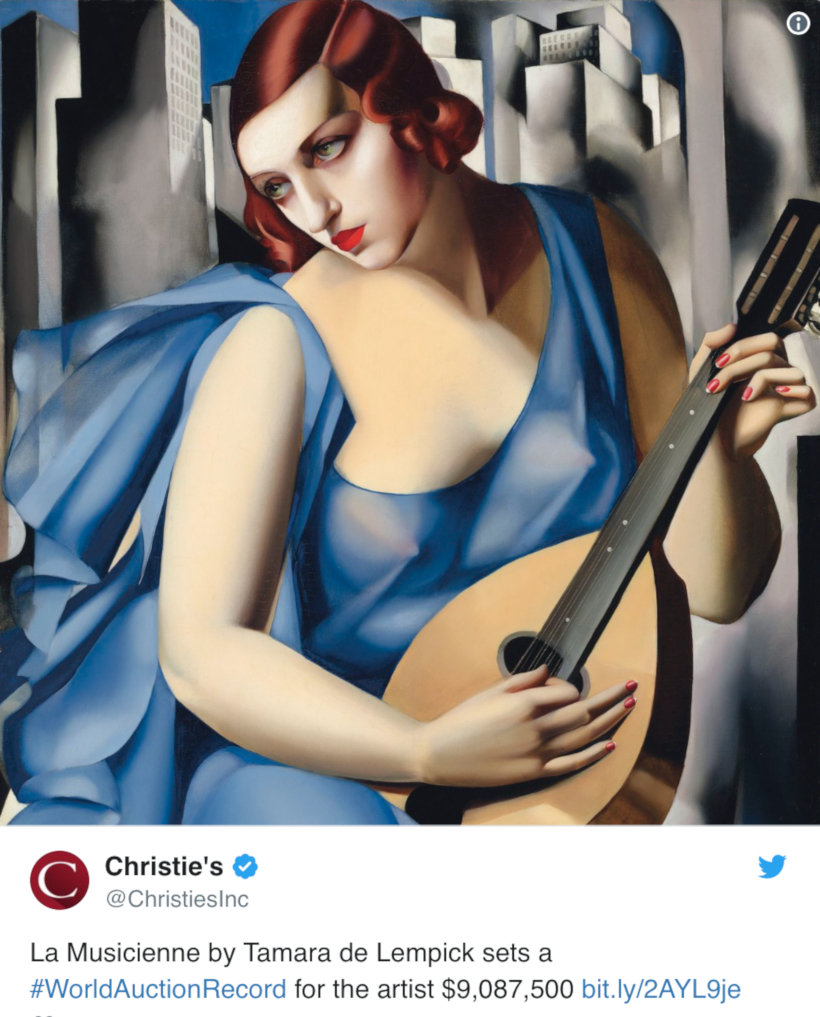 In November 2018, Łempicka’s La Musicienne (The Female Musician) went to an anonymous buyer for a record USD 9,075,500 at a Christie’s auction in New York City.Christies/Twitter

Early in her career she signed her work Lempitzki, the masculine form of her name. By 1925 she had gained international recognition, with an exhibition in Italy and exposure in American magazine Harper’s Bazaar.

She won awards for her paintings of her daughter but as her reputation grew her marriage fell apart and she divorced in 1931. In 1939 she moved to America with her second husband and her daughter. 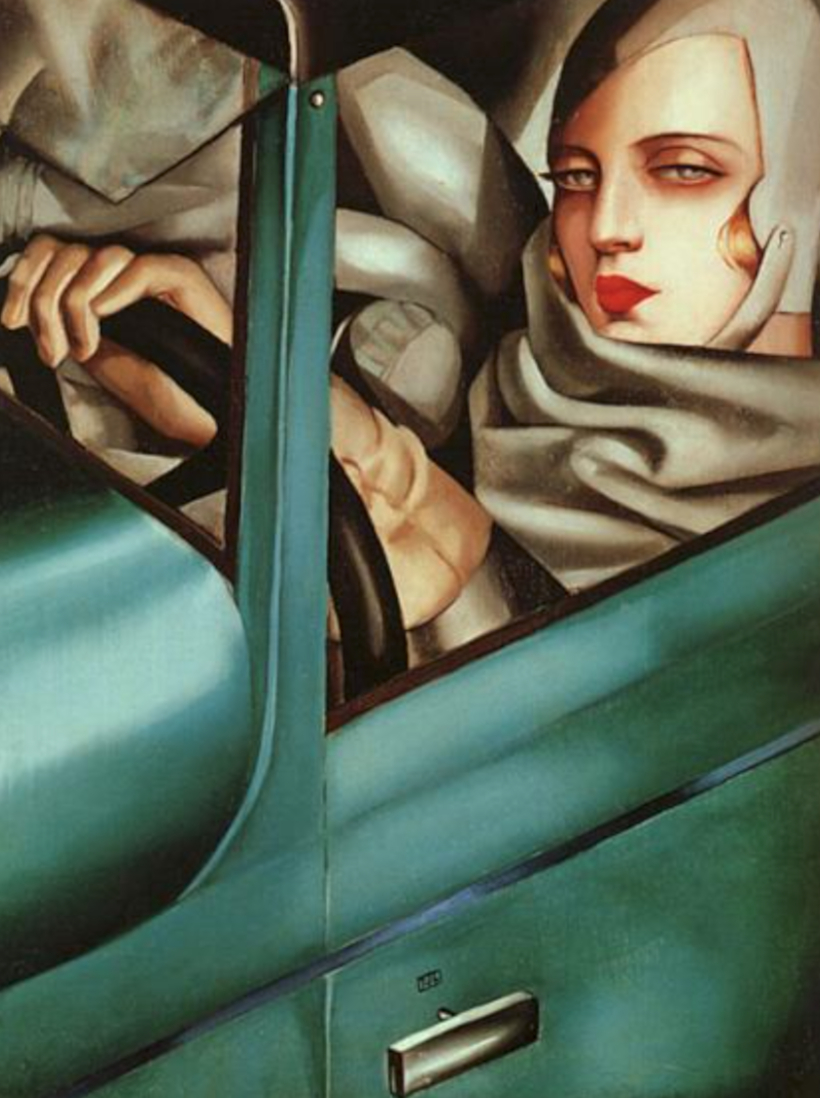 The apex of Lempicka’s career was reached with her 1929 self-portrait, Tamara In A Green Bugatti. Depicting herself rakishly posed behind the wheel of a sports car, it became iconic of the Jazz Age and cemented the artist’s name in Art Deco legend.Public Domain

Describing her work, she said: “I was the first woman who did clear painting and that was the success of my painting.

“Among a hundred paintings, you could recognize mine.

“And the galleries began to put me in the best rooms, always in the centre, because my painting attracted people. It was neat, it was finished.”