Poland and Ukraine’s most successful football club sides are set to play a Match for Peace this evening in Warsaw with the proceeds going towards charity.

The head-to-head between Legia Warsaw and Dynamo Kyiv will kick-off a series of matches played by the Ukraine side aimed at boosting awareness of the Russian invasion and raise cash for the suffering Ukrainian people.

Russia launched its war against Ukraine on 24 February, just before the restart of the Ukrainian league after the winter break. 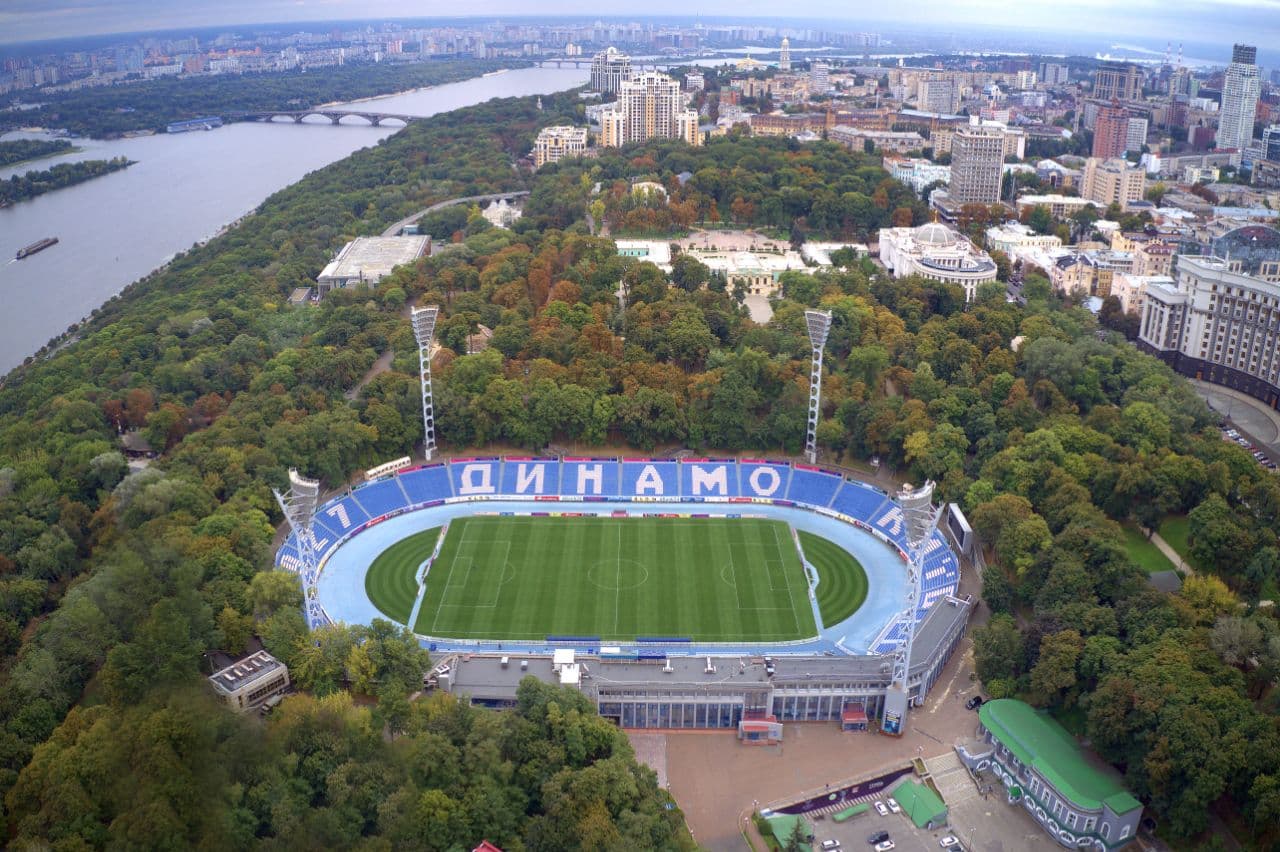 The Ukrainian league was suspended on 25 February, the day after the Russian invasion. After 18 games, Dynamo were just two points behind rivals Shakhtar Donetsk. Fcdynamo.com

Many players joined territorial defence units and have been defending their homeland since then, while foreign players escaped the country and have joined teams in Europe at least until the end of the season.

Dynamo Kyiv, meanwhile, took many of its players to safety in Romania. To contribute to the war effort, they have decided to play a series of Matches for Peace against leading European club teams.

“First, we will go to Warsaw, and a day later to Istanbul for a match with Galatasaray. Then we will return to Romania, where we will play against Steaua,” said Dynamo’s Romanian coach Mircea Lucescu.

Later, they will play a match against Borussia Dortmund on April 26 at Signal Iduna Park. 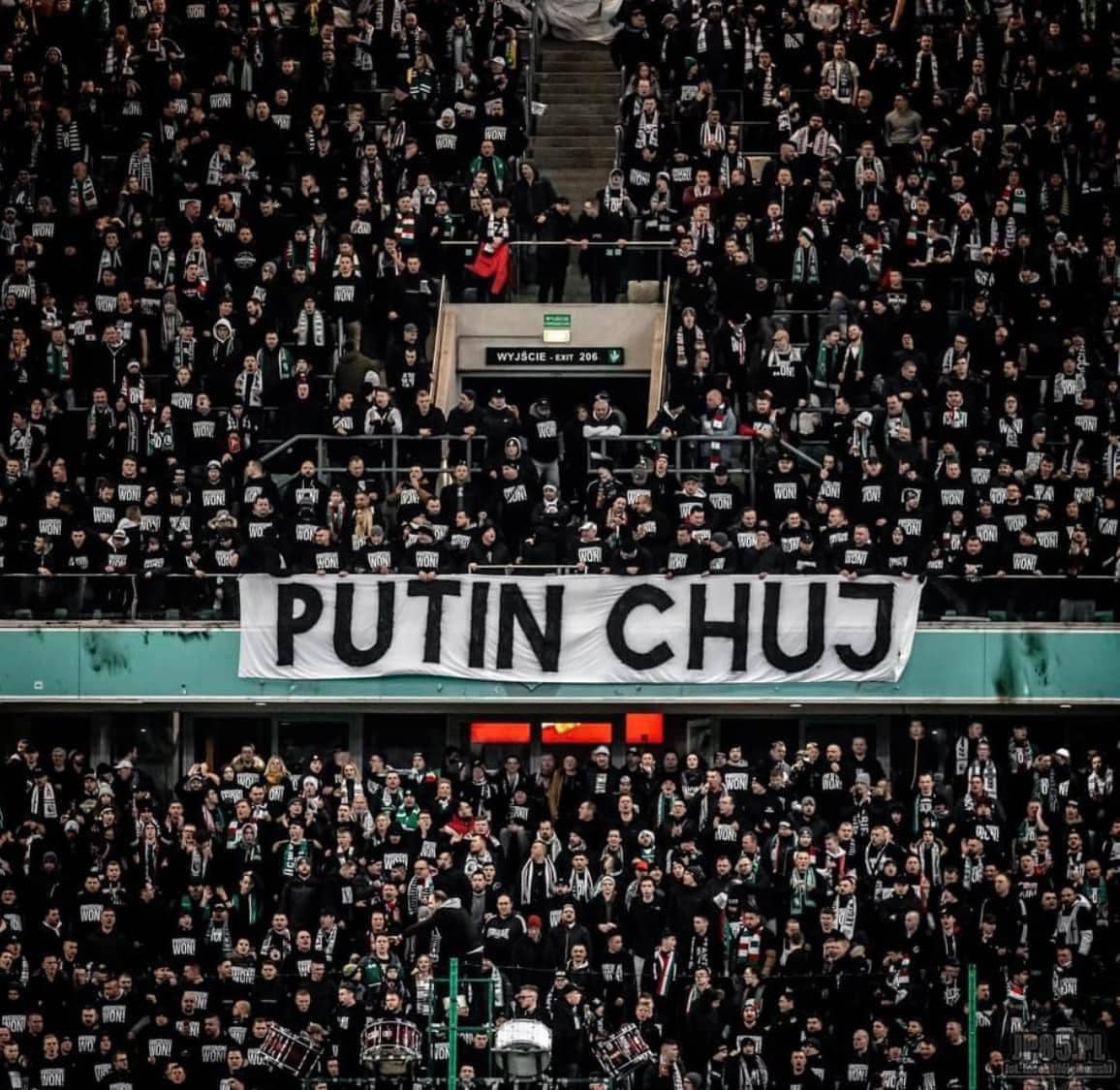 One Legia fan group, however, has voiced their disapproval of the match and claimed that Kyiv’s owners have been linked to pro-Russian groups.Nieznani Sprawcy/Facebook

The match in Warsaw is not without controversy though, as one of Legia’s fanatical supporter groups has declared they will boycott the match due to what they say are Dynamo's owners' pro-Russian links.

Nieznani Sprawcy [Unknown Perpetrators] say that the club's owners, the Surkis brothers, are openly pro-Russian, and that one of them was a member of an outlawed pro-Russian political party. Moreover, the group say the brothers fled Ukraine with millions in cash without paying duty at the start of the war.

The brothers have denied these allegations in Ukrainian media, underlining their support for the Ukrainian army and listing the help they have already given to Ukrainian people in need.

Gate receipts from Tuesday evening's match will be donated to the Ukrainian Embassy in Warsaw to support people internally displaced in Ukraine who had to leave their homes due to the war. 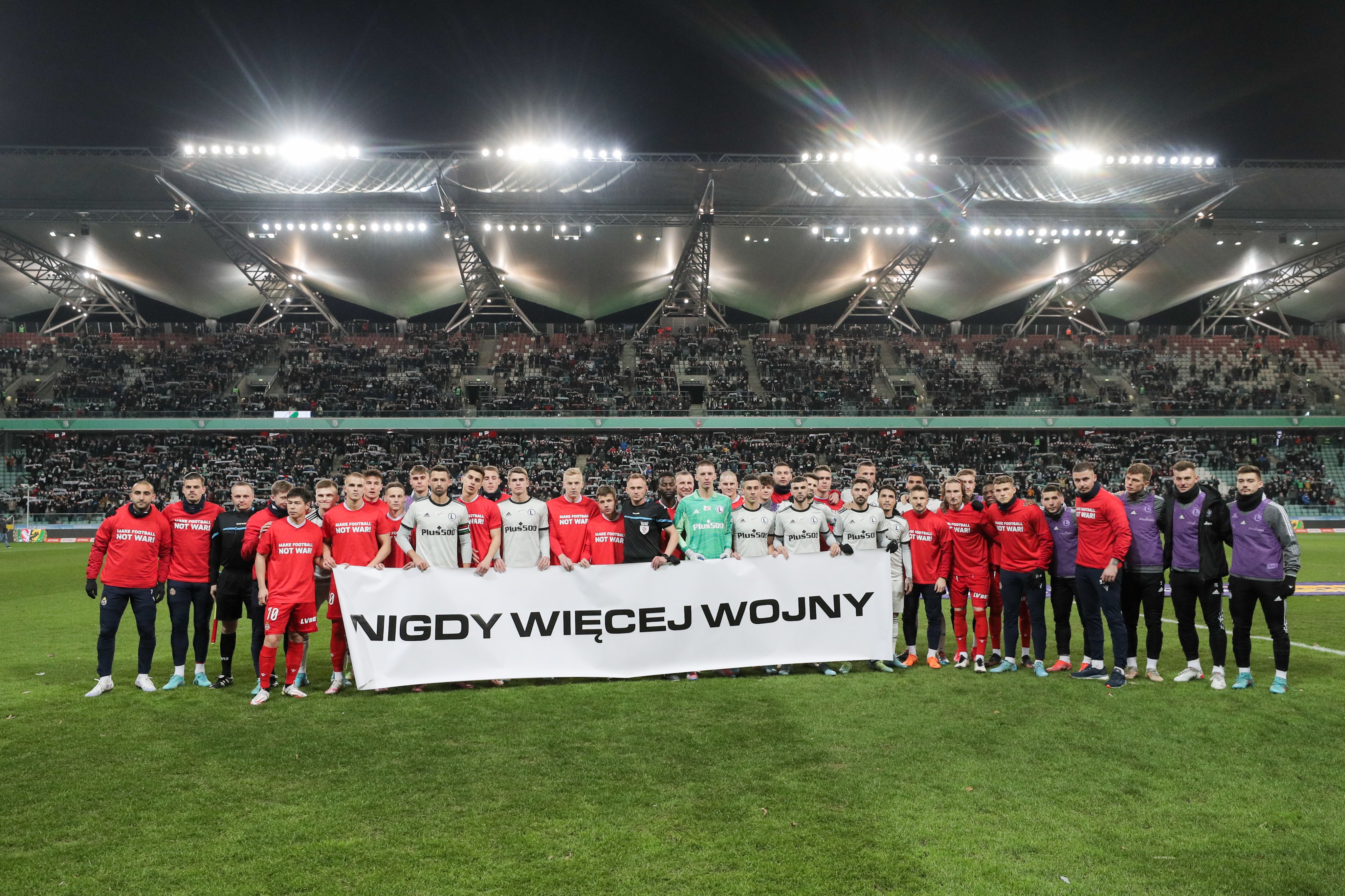 Legia have already stated that the club’s thoughts are with those “whose reality has been shattered by the war”.Legia.com

Although the match itself will begin at 8:30 p.m., Ukrainian performers will appear on stage up to an hour and a half beforehand, including Tina Karol, Julia Sanina, Kateryna Pavlenko and DOROFEEVA.

The Polish and Ukrainian national anthems will be played before the match, as well as John Lennon’s hit song Imagine.

Tickets will cost PLN 30. A Legia statement said: "Due to the exceptional importance and humanitarian idea of the match, all tickets are payable. On Tuesday evening, our thoughts will be particularly with those whose reality was shattered by the war and who were forced to leave their family home."

Although three other matches have been organised, the list of teams to take on Dynamo could have been more impressive. 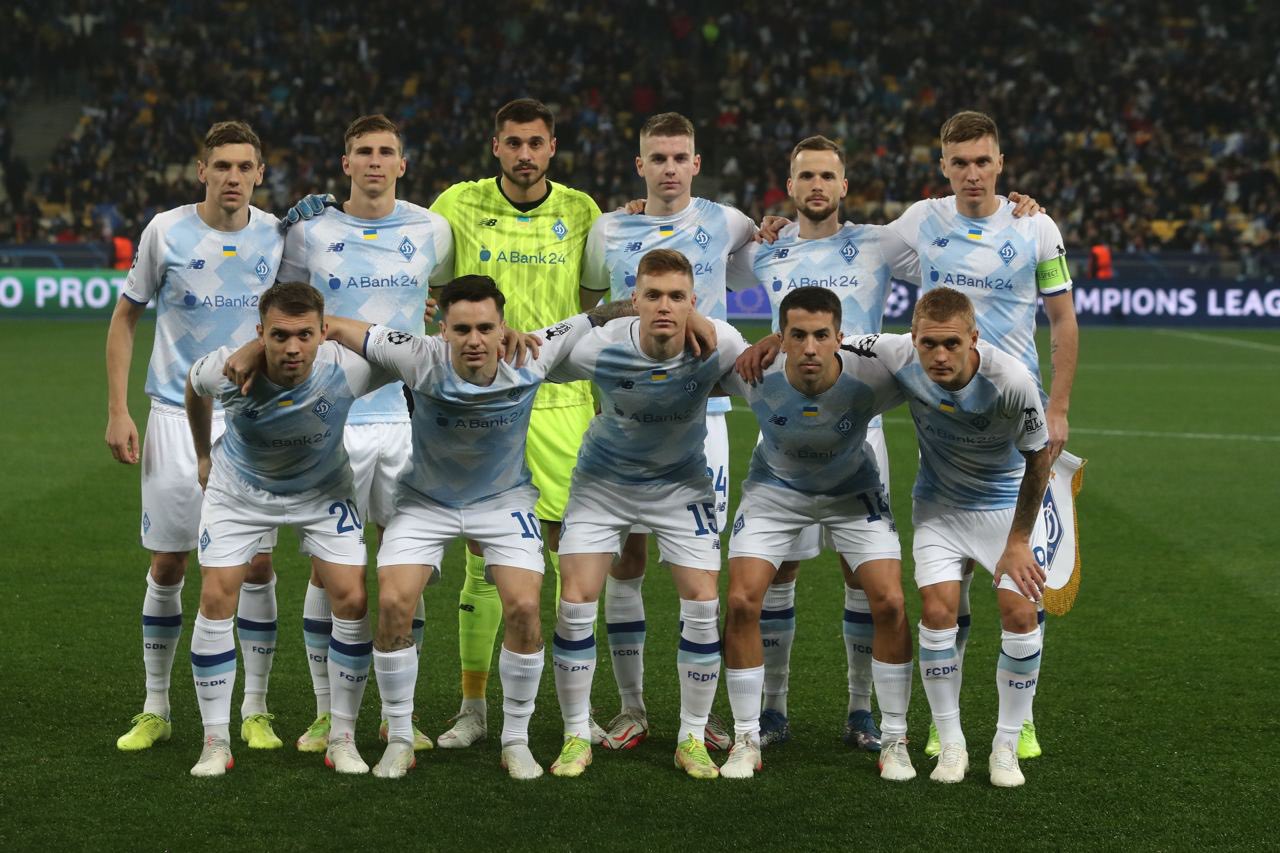 Dynamo Kyiv will also take on Galatasary, Dortmund and Steaua Bucharest in other fund-raising matches.Fcdynamo.com

The Dynamo coach revealed that they were also supposed to play against Real Madrid and Barcelona but said that UEFA did not agree.

Lucescu said that these matches would have spread the anti-war message to more people.

"It is a completely different matter to play in a stadium with a capacity of 100,000 people in a country with great financial potential, surpassing eastern countries,” he explained.

The Ukrainian league was suspended on 25 February, the day after the Russian invasion. After 18 games, Dynamo were just two points behind rivals Shakhtar Donetsk. 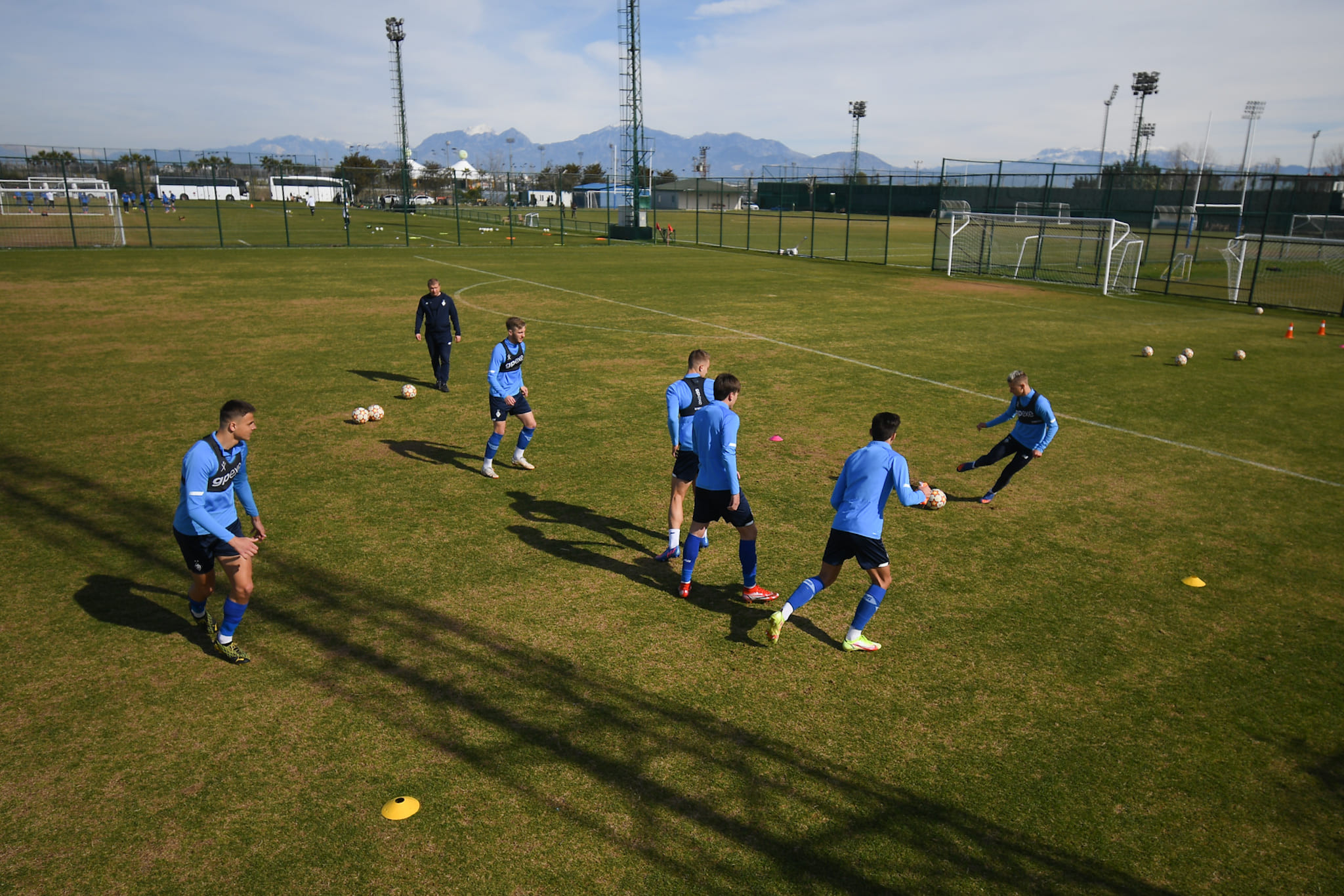 Since the war began, Dynamo’s players have been training in Romania after being whisked to safety.Fcdynamo.com

Foreign players who left the war-stricken country were allowed to join new clubs.

Just a few months ago Dynamo were playing in the Champions League, with their campaign including a match against Bayern Munich, in which Robert Lewandowski scored with a spectacular overhead kick.

However, after one draw and five defeats, the team finished last in Group E and dropped out of the competition. 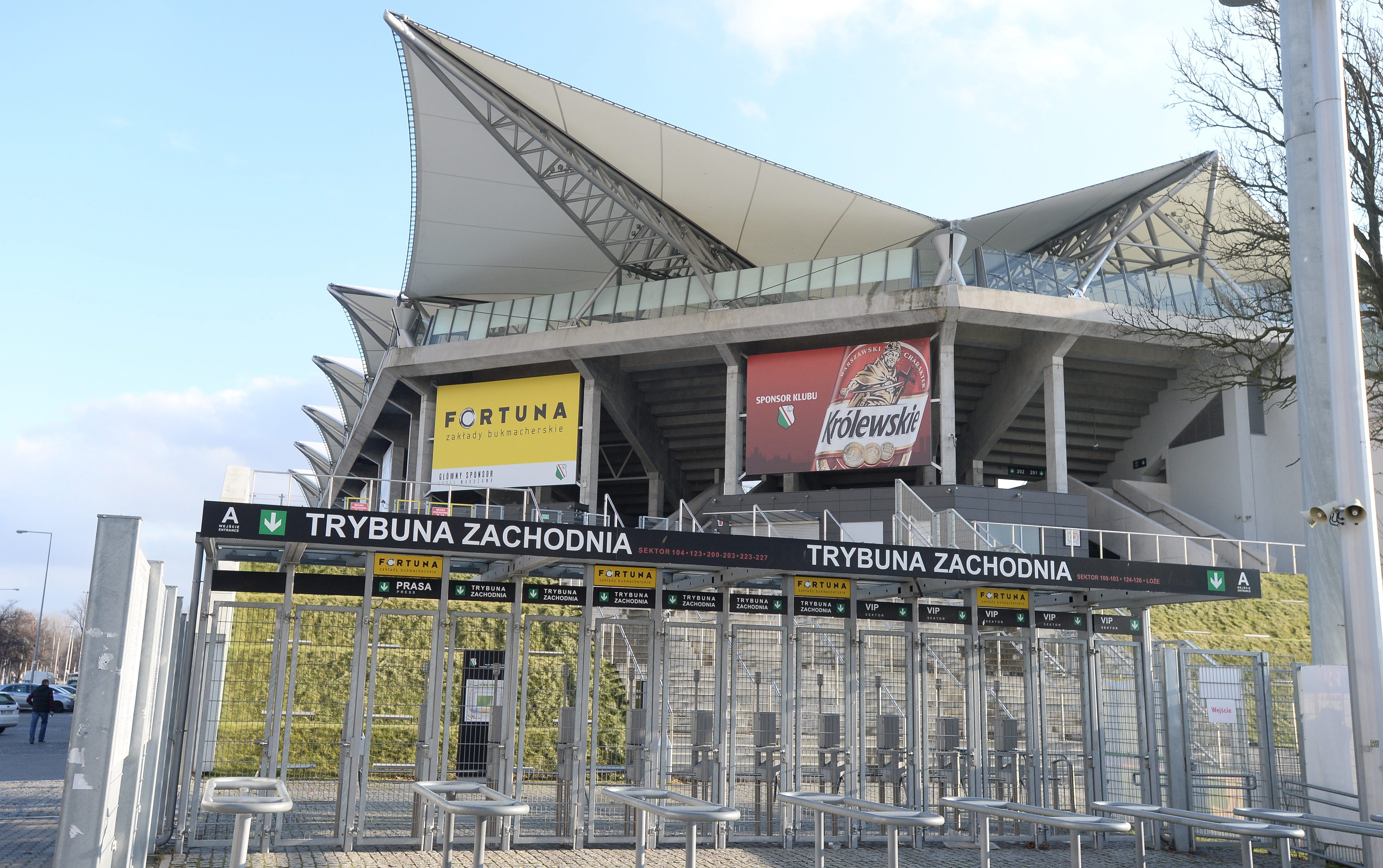 The match will be played at Legia’s home ground and will be preceded by performances from Ukrainian stars such as Tina Karol, Julia Sanina, Kateryna Pavlenko and DOROFEEVA.Bartłomiej Zborowski/PAP

The match between Legia and Dynamo is not the only charity match that a Polish team will play against Ukrainian opposition. Two days after this event there will be another match for peace when Lechia Gdańsk host Shakhtar Donetsk.

Tonight’s match will take place at Legia’s stadium at 3 Łazienkowska street in Warsaw. Tickets can be purchased at the club's ticket offices and on Legia's website.

The match will be broadcast live on TVP 1 and on the TVP Sport website.

Over 6.81 mln refugees have entered Poland since war in Ukraine started