The trailer for a new blockbuster about the vital role of Polish pilots in the Battle of Britain has been released.

A new film tells the story of the legendary Squadron 303 of Polish pilots who fought in the Battle of Britain during the Second World War. Directed by Denis Delic, the film stars Polish actors, including Piotr Adamczyk.

Named after Tadeusz Kościuszko, the Polish and American military hero, Squadron 303 was one of sixteen Polish squadrons in the British Royal Air Force (RAF) during the war. From its formation in August 1940, the squadron was involved in numerous operations over Britain and mainland Europe.

Based on real events, the film is inspired by Polish writer Arkady Fiedler’s 1942 book Squadron 303, which became a bestseller. “If my father knew that this film has been made he would be incredibly pleased,” said Marek Fiedler, his son. “This subject is equally important for all Poles, as it is one of our wonderful victories that we should remember.”

“This is perhaps the last piece of free Poland,” the pilots’ superior tells them, as he prepares them for battle. The film intertwines scenes of aerial combat with the pilots’ private lives, as they start new lives in wartime Britain, while unsure whether their loved ones in Poland are dead or alive.

The film charts the pilots’ trajectory from “bloody Poles”, mistrusted by the Brits, to wartime heroes, feted by Britain. It does not stop there, though, continuing until the war’s bitter aftermath, when Poland was incorporated into the Eastern Bloc. 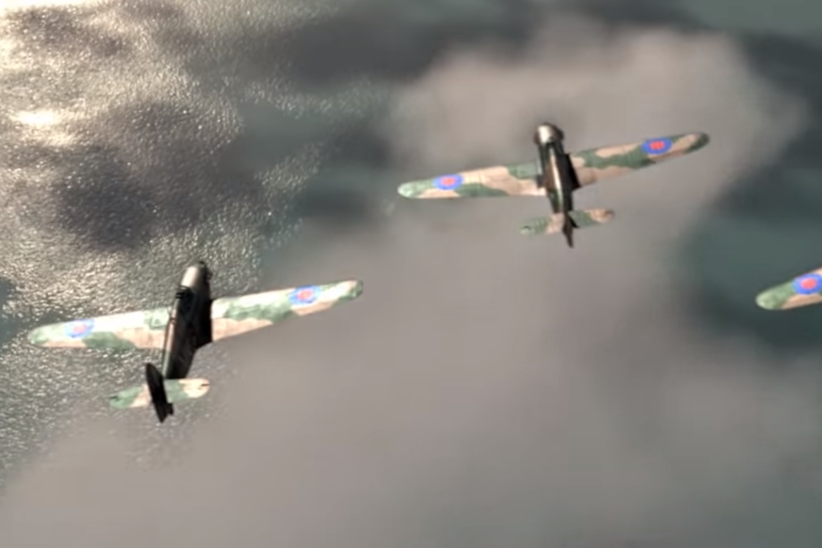 After the Germans invaded Poland in 1939, thousands of Polish pilots were ordered to retreat through western Europe and continue the fight as best they could. By the start of the Battle of Britain in July 1940, some 6,500 members of the Polish Air Force had made it to Britain including 146 pilots - many travelling from Romania to France before crossing the Channel.

The Polish Tadeusz Kosciuszko Fighter Squadron No. 303 was one of the RAF's 16 Polish squadrons during the Second World War. It was the highest scoring Hurricane squadron during the Battle of Britain (see: NOTE 3) and had the highest enemy-hit to own-loss ratio.

Named after the Polish and US war hero General Tadeusz Kosciuszko and the Polish 7th Air Escadrille founded by Merian C. Cooper which fought for Poland in the 1919–1921 Polish-Soviet War, the squadron was formed in July 1940 in Blackpool, England, and was later deployed to RAF Northolt under an agreement between the Polish Government in Exile and the United Kingdom. It had a distinguished combat record and was disbanded in December 1946.

Squadron 303 will be shown at cinemas in Poland from August 31. It is not the only new film about the squadron: Hurricane, directed by David Blair and starring Iwan Rheon and Milo Gibson, will be released the same month, bringing the Polish pilots’ remarkable story, immortalised in Fiedler’s classic book, to a broader audience.