On an empty, rain slicked street, a tram emerges from the blackness, rumbling and rolling under the soft, sensual light of a glimmering neon sign. In moments, it’s gone; again, we are alone, the only colour coming from the pulsating glow of neon and its reflection in the puddles.

Atmospheric, alluring, exciting and enticing, neon signage is again big news after a startling fall from grace that saw this form of advertising all but completely disappear. In fact, were it not for the efforts of a British-Polish couple, then the neon lights of Warsaw could well have been extinguished.

“I was invited over to Warsaw in 2005,” recalls David Hill, co-founder of the capital’s Neon Muzeum, “and though I knew nothing about Poland, I approached it with an open mind. Straight away, the first thing that struck me was the city’s neon signs, and despite their obvious decay, there was something about them that felt original and fresh.” 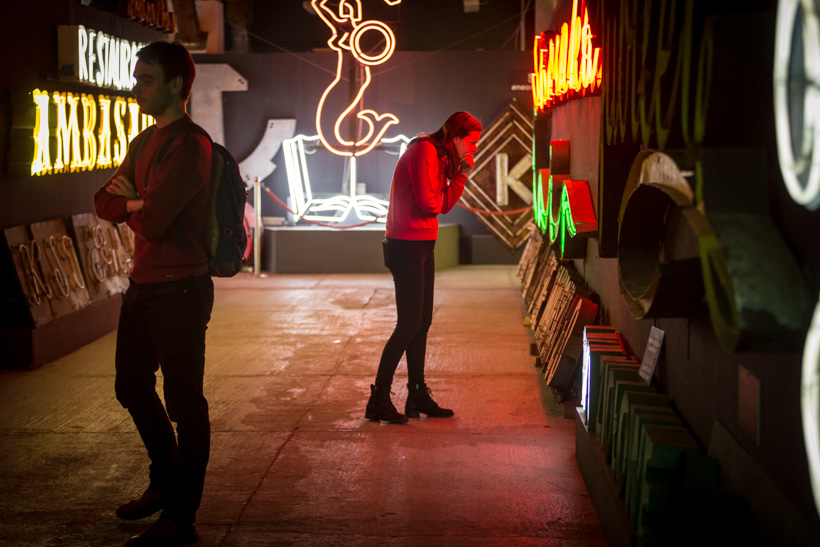 Warsaw’s Neon Muzeum has around five to six thousand visitors a month.Kalbar/TFN

A trained typographer with a passion for letter forms, David found himself enchanted by the near mystical charm of these shimmering illuminations. Sharing his enthusiasm was his partner, fine arts photographer Ilona Karwinska.

“Ilona had just completed a big project and was looking for something else to do,” remembers David, “so I whispered in her ear, why not consider documenting Poland’s last surviving neons?”

The idea struck a chord, and what followed was a six-month adventure exploring the corners of Poland in the hunt for neon signs. With pictures taken, a book came next, at which point the London-based couple found themselves unexpectedly catapulted into the spotlight. 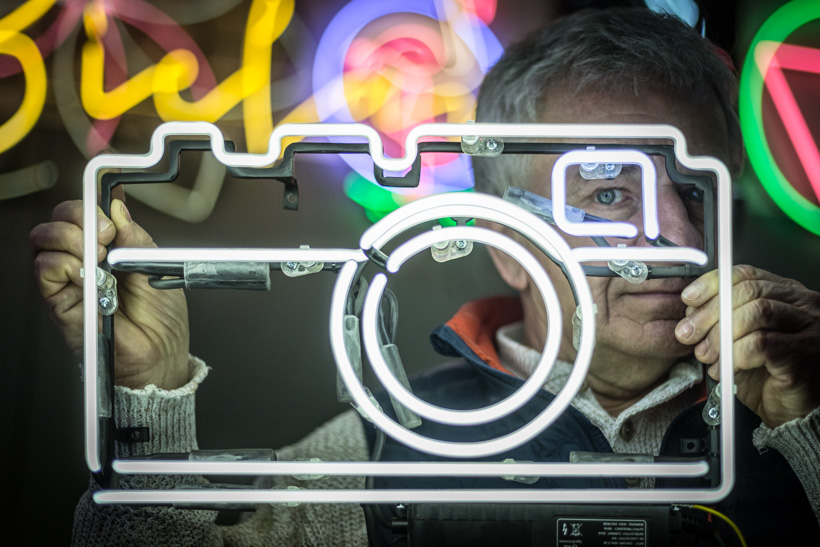 “I can’t really explain it,” admits David, “but I think the fact that two people living in Western Europe had shown an interest in this aspect of Poland’s past seemed to captivate the public – all of a sudden, Ilona and myself went from mere ‘observers’ of neon to actively engaging in its preservation.”

Lauded across the country, their work did more than simply revive fleeting interest in this art. Accidentally installed as unofficial ambassadors for neon, Ilona and David found themselves receiving tips and donations regarding cast-off neon signs. Soon, the trickle became a deluge.

“Originally,” says David, “we thought we were documenting the end of Polish neon, but early on we both realized we had happened upon something quite important. News of the book travelled fast, and we found ourselves getting messages from shopkeepers and suchlike asking if we wanted their old neons – the reaction was extraordinary.” 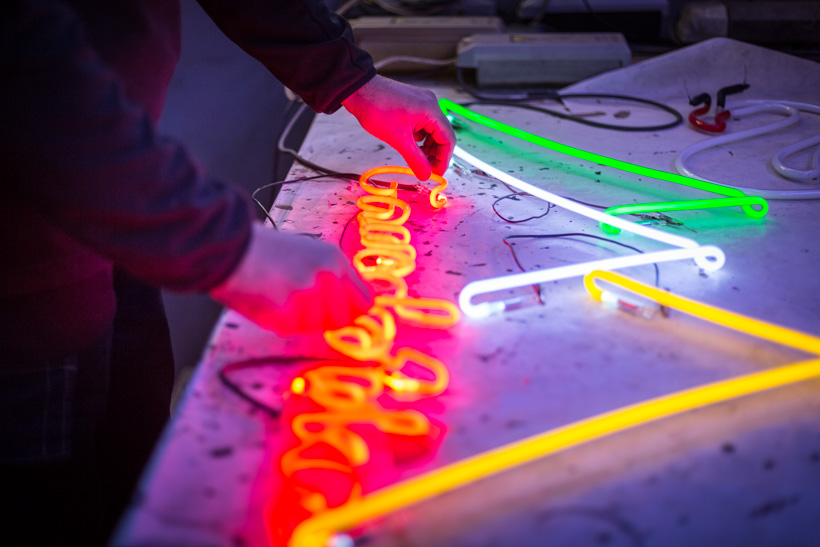 “Well-made neon advertisements have a high durability,” says Jacek, “and even if they’re half a century old they’re still suitable for repair and renovation.”Kalbar/TFN

“There was one time we received a call from a farmer who had been involved in the removal of Warsaw’s Kino Praha sign,” he continues. “He’d had the foresight to save it, and while it was sitting in a field covered in grime and manure it was an amazing feeling to be able to retrieve a sign that many had thought had been lost altogether.” The donations were piling up, with Ilona and David frequently finding themselves called to unlikely destinations. “At times it was rather Indiana Jones,” laughs David. “Peering into back rooms, attics and garages to recover lost signs that were rumoured to have vanished forever.”

Restoring them was not cheap, but it was during one crowd-funding action to resuscitate the sign from the cult commie bar Jaś i Małgosia that Ilona and David saw longevity in their project. “Basically, we held a party,” explains David. “Thousands turned up, with each person donating whatever they could afford. We raised the necessary money, but more important to us was the feedback we received – we saw how attached people were to neon, how desperate they were for it to return. If nothing else, it was a magnificent public outpouring of affection.” 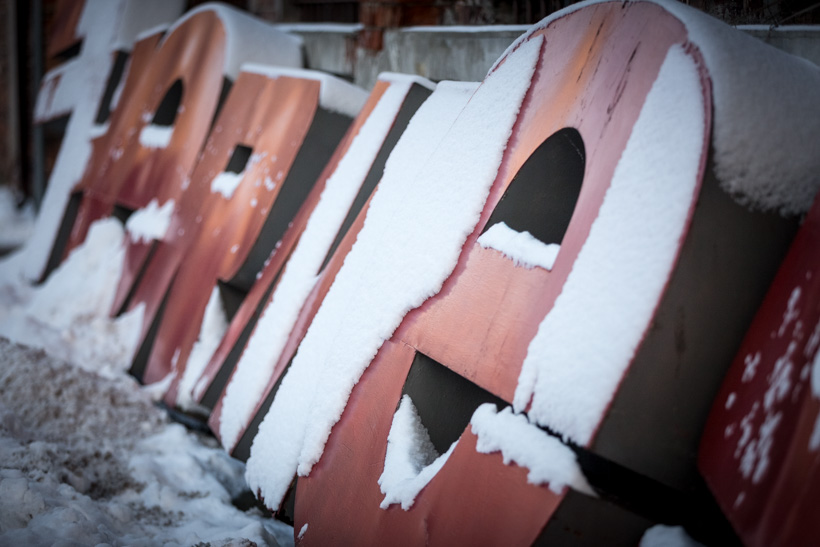 Many of the old sign were thrown away in the 1990s and left to rust.Kalbar/TFN

With this in mind, the decision to open a museum felt the next logical step. Launched in Warsaw’s Soho Factory complex in 2012, the Neon Muzeum has since been dubbed the nation’s “most Instagram-able attraction” with an estimated five to six-thousand sightseers visiting each month. Interest in neon had returned with a vengeance.

“If you asked me about the magic of neon,” says David, “I’d say it has little to do with nostalgia – after all, many of our visitors are in their late teens or early twenties; what concerns them is seeing wonderful things. Today’s generation is very visually-minded, so it’s little surprise that there’s been a neon resurgence – you can stand and stare at these neons. Of course, you can get bad neon, but out in Poland that’s really quite rare; the designers and craftsmen involved in producing Poland’s Cold War neon were incredibly talented and the best in their field.” 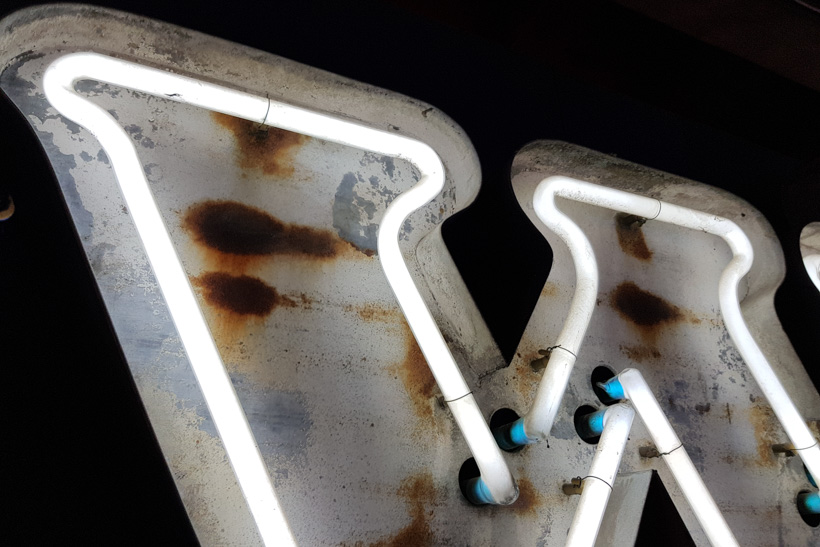 During communism Poland had some of the best neon sign makers in the world.Kalbar/TFN

Yet whilst neon is enjoying newfound popularity among younger generations, it is the expertise of a handful of artisans such as Jacek Hanak that have been essential in the survival and revival of this complex form. Working in neon production since 1976, Jacek’s career began with the Stołeczne Przedsiębiorstwo Instalacji Reklam Świetlnych (SPIRŚ), a state-run monopoly supplying the whole of Poland with elaborate neon signage. “Back then,” reminisces Jacek, “you had 350 people working in the industry.” With SPIRŚ forced into liquidation in the early 90s, Jacek founded his own company, Hanak Reklama, a suburban Warsaw workshop dealing exclusively with neon.

Having personally participated in the implementation of over 1,000 neon signs, Jacek’s firm has reaped the full benefit of the neon boom, with his team currently thought to be responsible for approximately half of Poland’s new neons. With on-trend, post-hipster businesses embracing neon signs as a “confirmation of cool”, orders have come thick and fast, yet so too has demand to restore vintage signs from the glory years of neon. “Well-made neon advertisements have a high durability,” says Jacek, “and even if they’re half a century old they’re still suitable for repair and renovation.” 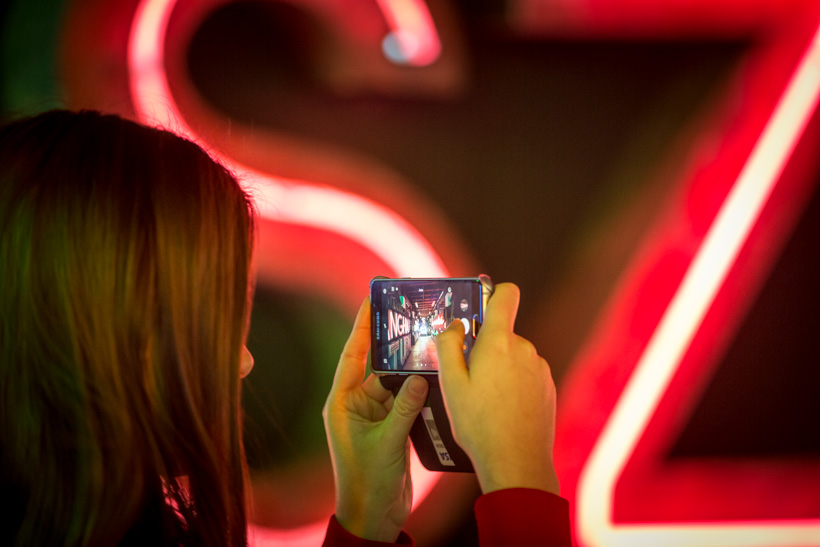 Neon has now become a “confirmation of cool”.Kalbar/TFN

Although Warsaw’s first neon was erected in 1926, it was in the post-war years that neon became truly embedded in the nation’s DNA. Part of a complex post-Stalinist ambition to realign socialist principles with consumerism, the communist government’s decision to “neon-ize” the nation’s cities offered a chink of light during the gloomy reality of PRL Poland; cities bathed in murk and shadow twinkled once more under bright lights assembled by some of the leading craftsmen of the era. “The neons,” says Ilona Karwinska, “seemed to offer unknown sensual experiences deprived to ordinary Poles during the darkness of the Stalin years.”

“Ultimately,” continues David, “it was all propaganda, but for a time those neons gave people hope that life was moving in the right direction.” Seen as an outdated and unfashionable reminder of the past, hundreds of these signs found themselves consigned to junkyards and rubbish tips during Poland’s capitalist transformation. Replacing them, towns and cities instead found themselves scarred and submerged under hideous billboards and banners. “When you remember them, they were actually aesthetically offensive” says David. “Neon, on the other hand, has this harmonious quality that’s easy on the eye. Furthermore, it’s part of Poland’s urban history – it simply had to make a comeback.” 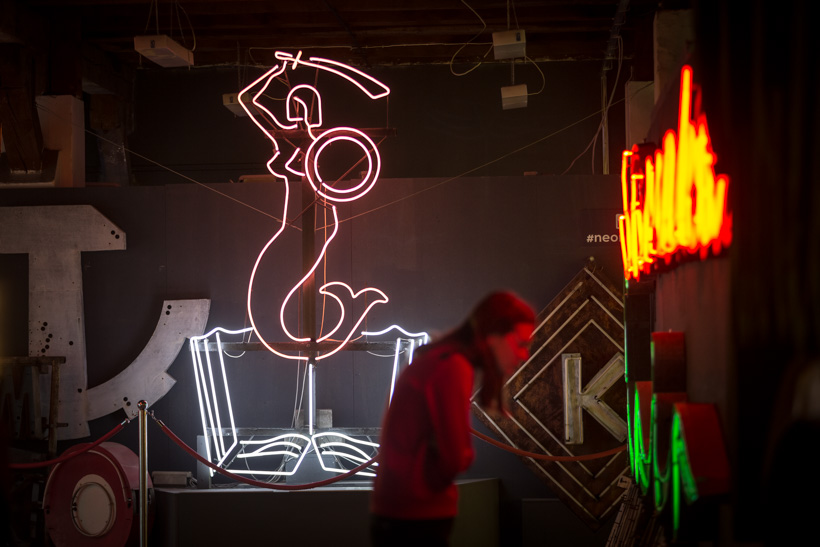 A well-made sign can last for decades, says Jacek.Kalbar/TFN

This, it has done. For Ilona and David, expansion is on the cards: “It’s no secret,” says David, “that we’re looking for bigger premises – we need a proper purpose-built space to allow us to exhibit all the signs we’ve accrued.” For Jacek, meanwhile, neon’s return means more incoming orders for him and his staff. It’s news he welcomes. “I like what I do,” he says a trifle modestly. “I like neon lights. And I like to watch how others fall in love with the warm glow of neon...”