From afar, it looks truly monumental. The kind of castle in which you expect to find a damsel up a turret and a dragon in the cellar. In fact, such is the fantastical impression it casts, you wouldn’t bat an eyelid if the Gryffindor Quidditch team swooped down following an afternoon of aerial manoeuvres.

Krzyżtopór is that sort of place, a castle with the heady ability to fire flights of fancy. A magical point on the map of Poland, that it lacks the publicity of Malbork or Wawel is a blessing in disguise. Arriving, it’s often to an empty, muddy car park that greets you. Sound, if you can call it that, is limited to the isolated cries of nature and the occasional far-off splutter of a farmer’s distant tractor; running the ticket booth here, you sense, is more a therapeutic pastime than what most would class as work.

The pastoral backdrop is, in many ways, part of the appeal. Set amid rolling greenery and expansive skies there’s a solitude here that’s lacking elsewhere. The flat spaces and placid stillness serving to emphasize the might of the edifice that stands out in front. Rising from the emptiness as if it were a Polish Ayers Rock, Krzyżtopór possesses an ethereal quality that’s mystical in its beauty. 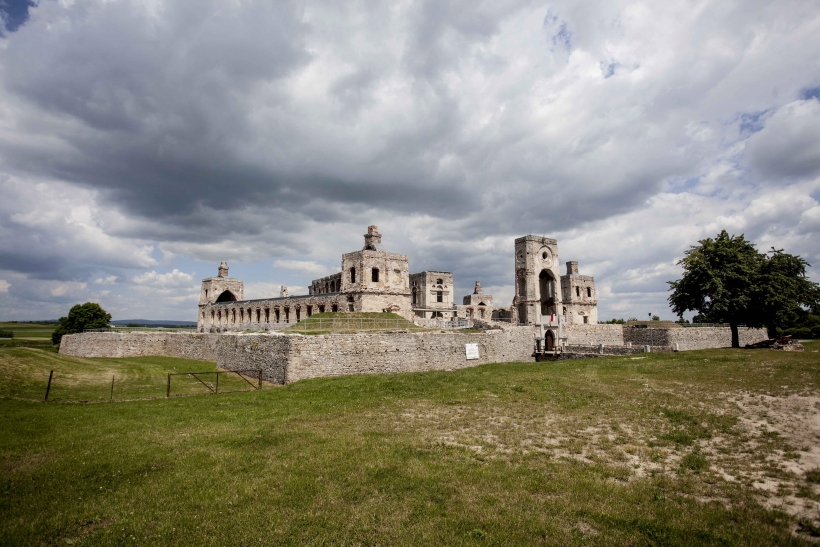 Although coming with an opulent interior the castle, set on a pentagonal base, had for its time state-of-the-art defences.Michał Walczak/PAP

Designed to fulfil dual roles as a fortress and a palace, its construction was commissioned by Krzysztof Ossoliński, a powerful nobleman and the voivode of Sandomierz. Famed for their extravagance, the Ossoliński clan can never be accused of doing things by halves. In 1633, when Krzysztof’s brother was sent to Rome to pay homage to the Pope, he entered the city with a 300-strong escort of henchmen and servants. Ducats were thrown like confetti into the crowds that had gathered, and it’s said that the golden horseshoes of his horses had been purposefully loosened so as to roll off like tyres. Talked about for years after, it was a deliberate demonstration of authority and wealth.

With this in mind, you’d be right to expect that Krzysztof’s pet project would be similarly grand. Recruiting Wawrzyniec Senes to design the castle, the Italian-born architect set about his work with near limitless resources. Finally completed in 1644, the results were magnificent. Equally inspired by the calendar as much as the ruthless exhibitionism of the era, the castle featured 365 windows to represent the days of the year, 52 rooms for the number of weeks, a dozen ballrooms to mark the months, and four towers to symbolize the seasons. 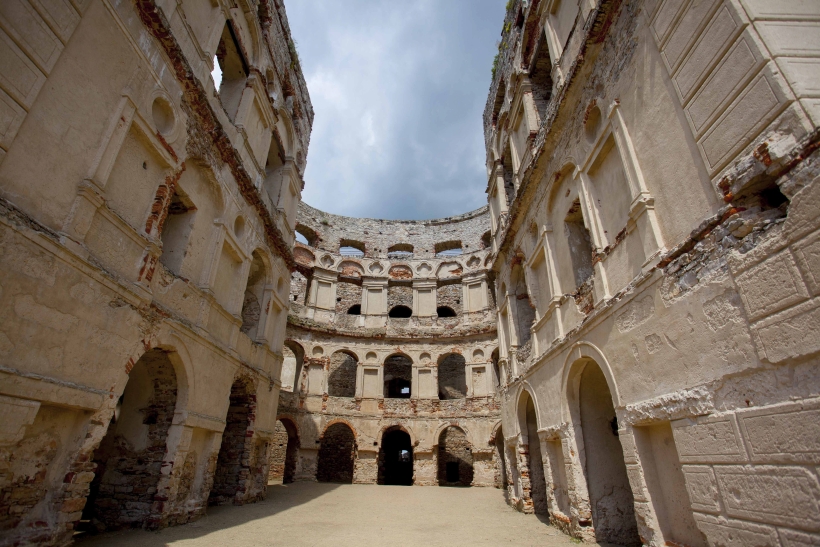 Not built on modest scale, the castle has 352 windows, 52 rooms, 12 ballrooms and four towers.Michał Walczak/PAP

Incorporating 11,000 tons of sandstone, 30,000 tiles and 200,000 bricks – not to mention “protein” from a million chicken eggs to add substance to the quicklime – Krzyżtopór was nothing if not an exercise in largesse. In its final form, what arose would be ranked as Europe’s biggest palace, a title it would hold until the birth of Versailles.

A fusion of words, the name Krzyżtopór referenced Ossoliński’s faith (krzyż: cross) and ancestral coat of arms (topór: axe), and everything about his castle seemed designed to thrill. The underground stables, it is reported, were equipped with crystal mirrors and marble troughs, whilst other standout features included an upper floor hall with an exotic aquarium for a ceiling. Fresh running water in all rooms, dumb waiters and a ventilation system all added to the sense of a ground-breaking property unique to Poland. If that wasn’t enough, according to oft-repeated legend a tunnel measuring several kilometres was also added, allowing Ossoliński and his guests secret stagecoach access to the nearby town of Ossolin. These were quarters a Bond villain would covet. 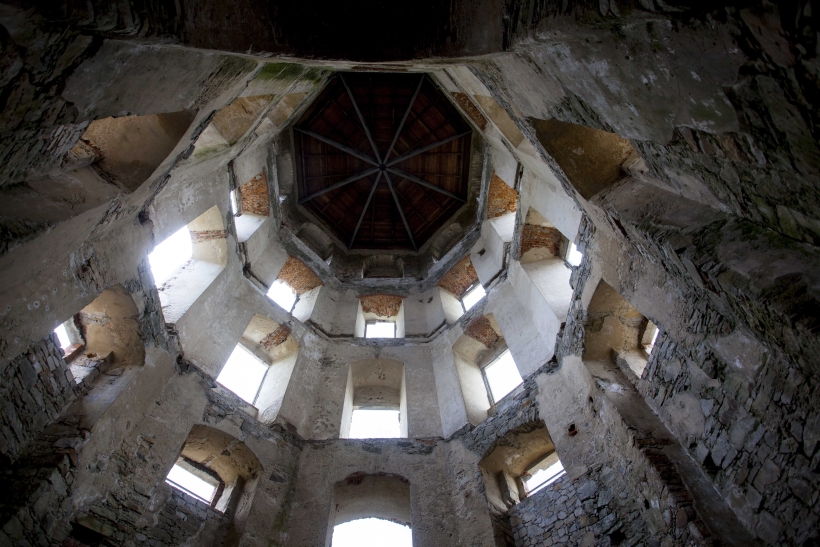 One of the four towers, the base of which might be the site of buried treasure.Michał Walczak/PAP

Neither were military functions overlooked. Set on a pentagonal footprint, the castle’s defensive properties were regarded as state-of-the-art. This was to be an impregnable fortress, one that would express the permanence and power of the Ossoliński family. “Of Poland’s many castles,” wrote an anonymous 17th-century German traveller, “this one is the most beautiful.”

But pride comes before a fall. Rapid advances in military tactics and technology meant that just eleven years after its completion Krzyżtopór surrendered to surrounding Swedish forces. If some sources are to be believed, the castle raised the white flag before a single shot could be fired. Heavily plundered by its new occupants, it then faced outright ruin the following century when it was ransacked by marauding Russian troops.

The leftovers are what you see today – an eerie, empty husk whose exploration sucks you into a labyrinth of vast hallways and subterranean chambers. It is in the latter that locals sought shelter during WWII, their numbers boosted by Home Army soldiers who would purportedly use the cellars to practice their shooting. Outside, meanwhile, a memorial commemorates dozens of Poles executed on this spot in reprisal for an assassination attempt on a local Nazi figure.

These stories and more besides lend Krzyżtopór an oddly unsettling climate that combines the serene with the forlorn. Shadows swirl across an elliptical courtyard whose empty apertures were once filled with portraits of the Ossolińskis; in the distance, unidentified echoes rattle round the castle’s shell. Stories of secret tunnels and buried treasure become easy to believe after roaming the ruins. Dark and mystical, the sinister undercurrent reaches a crescendo at dusk when the phantom figure of a “white horseman” appears on the ramparts. Call him Baldwin. The son of Krzysztof Ossoliński, he was killed in battle in 1649, struck through the heart by a well-aimed arrow. Said to guard a horde of undiscovered loot, his presence is just another reason to visit the best castle you’ve never heard of.