It was 50 years ago when Krzysztof Komeda’s life ended.

A silly accident in the California Hills cut a career that was on the verge of international recognition. But Komeda’s music lives on. 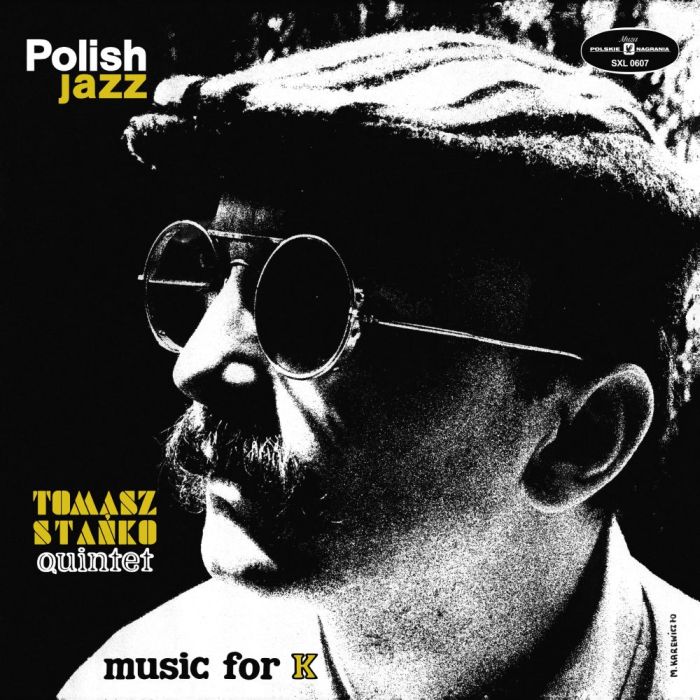 The composer was almost entirely self-taught. He was really a doctor, a specialist in laryngology with a promising scientific career. As a pianist he was a prodigy, but not a virtuoso in a common sense. A true original, but not a master to impress with his technique, he was like Thelonious Monk in that respect. He invented modern jazz in Poland in the 50s, when the country was completely isolated from Western music. He invented modal jazz before he heard Miles Davis on the records.

When I teach my students at the Theatrical Academy (and the music of Komeda is mandatory), I tell them about two greatest loses of Polish culture in the 20th Century. In literature it is Krzysztof Kamil Baczyński, only 23 years old when he got shot by a German soldier during the Warsaw Uprising. And in music it is Krzysztof Komeda, who just started to work in Hollywood before he tragically died at the age of 37. 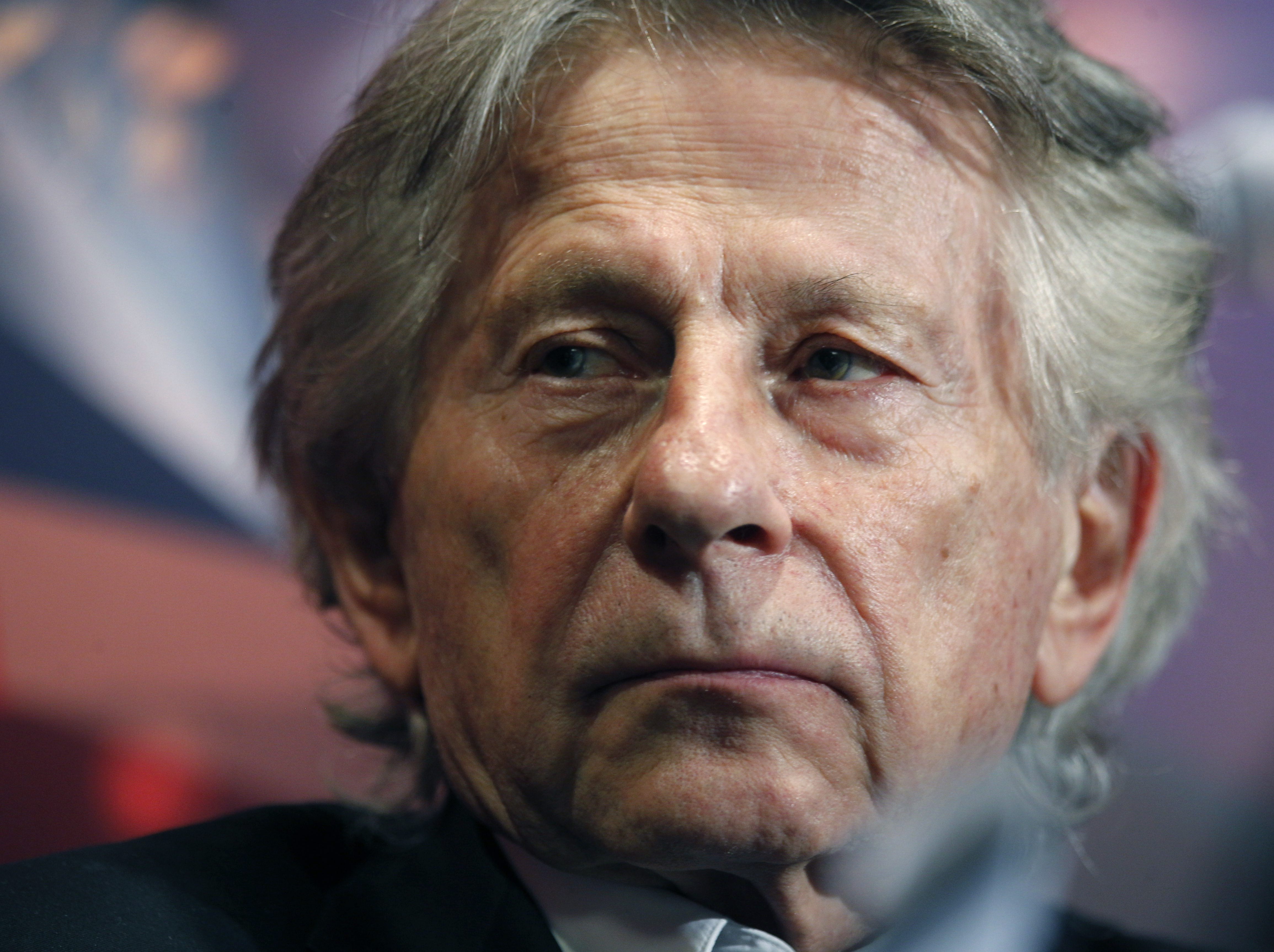 Komeda was on the verge of an international career with his compositions for Roman Polański’s early films.Andrzej Grygiel/PAP

Komeda was Roman Polański’s buddy and the composer of most of the young director’s film scores at the time – from “The Knife in the Water” to “Rosemary’s Baby” (with a classic lullaby sung by Mia Farrow). Komeda died just four months after he was accidentally pushed over an escarpment by another of their mutual friends, Polish rebel-writer Marek Hłasko. His injuries led to hematoma of the brain and he died in a coma after his family had him transported to Warsaw (after receiving the news Hłasko committed suicide in Germany at the age of 35).

In every jazz album poll in Poland over the past 50 years Komeda’s “Astigmatic” takes first place. It is both good and bad. Good, because it is a landmark, music of originality, beauty and depth. Bad – because we’ve had half a century to outshine it. But what is not always remembered “Astigmatic” was Komeda’s only jazz long-play issued in Poland during his lifetime. It was also a springboard to some of the most extraordinary careers in Polish jazz music – that of Tomasz Stańko (trumpet, 23 years old at the time of the recording) and Zbigniew Namysłowski (alto sax, and 26 at the time). The playing of the whole international quintet is simply astonishing. 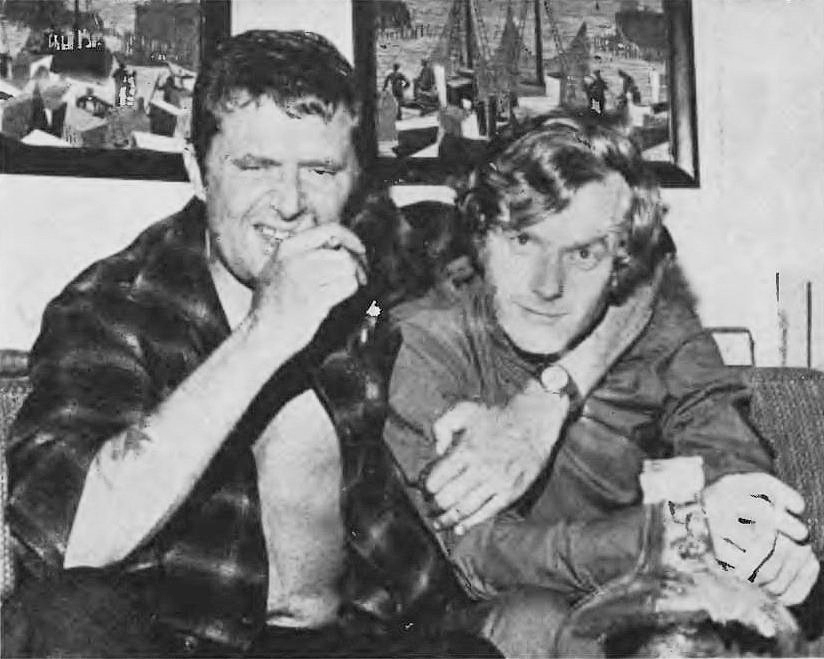 Pictured here with friend and rebel writer Marek Hłasko, Komeda died just four months after Hłasko accidentally pushed over an escarpment. Upon learning of his friend’s death, Hłasko was so overcome with guilt he committed suicide.Public domain

Everyone plays and records the music of Komeda today. Recently the approach was revolutionized by a young EABS ensemble. A contemporary of Komeda, sax player and composer Jan “Ptaszyn” Wróblewski, recorded his own arrangements of “My Sweet European Homeland” in 2016. But to first artist to pay homage to Komeda’s music was his “discovery”, Tomasz Stańko with his album “Music for K” in 1970.

There are so many posthumous recordings of Krzysztof Komeda available now. But, surprisingly, one of the best you can find was issued in England, by the Jazz On Film label. It is called “Jazz in the Polish Cinema – Out Of the Underground 1958-1967” (4 CD) and it consists the music of two great composer-pianists, Krzysztof Komeda and Andrzej Trzaskowski. You can find here Komeda’s soundtracks to Polański’s “Innocent Sorcerers” and Jerzy Skolimowski’s “Le Départ”. Highly recommended! 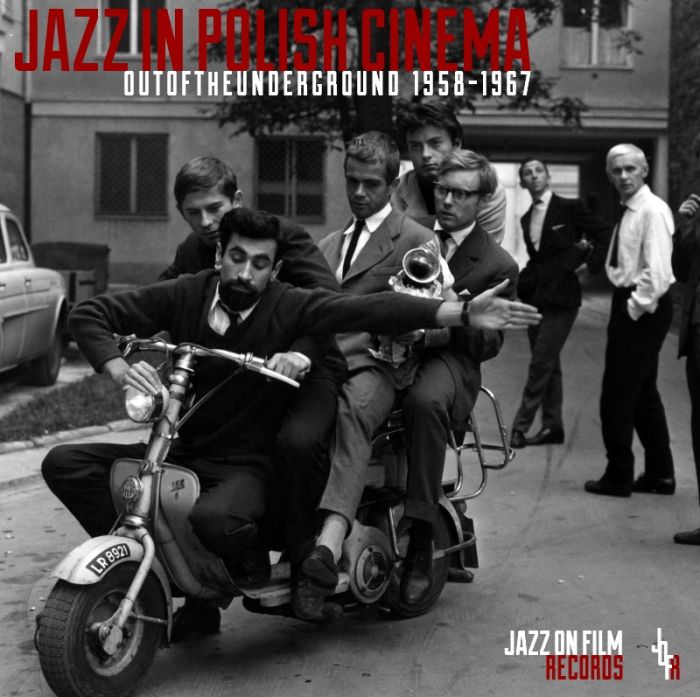 Among the numerous posthumous recordings of Krzysztof Komeda available now, one of the best is by the Jazz On Film label called “Jazz in the Polish Cinema – Out Of the Underground 1958-1967” -  Four CDs which include Komeda’s soundtrack to Polański’s “Innocent Sorcerers”.Jazz on film

Now, when I look back at his many collaborations, I realize Komeda reminds me of Miles Davis. Not in musical terms (although they used modal scales in a similar way), but as a personality – a father figure, a guru. Unlike Miles, he was a shy and modest person. But whoever worked with him was touched by his genius, was blessed and forever changed. He shaped Polish jazz to come. What he achieved is timeless, a benchmark to measure up to. What he hasn’t – is unimaginable. He was a giant.

For the recent Record Store Day 2019 Polskie Nagrania issued a colored vinyl edition of “Astigmatic”, just 500 numbered copies. Of course we already have all the vinyl and CD remasters, but now every Polish record collector wants to own this one as well. You know the music buffs, they all nuts. But in this case we are excused.