Offering a purr-fect sanctuary from the general pandemonium of Kraków’s Floriańska Street, a small museum has made a big splash after featuring on a Reuters news segment published online late last week.

Established by a Ukrainian couple fleeing the conflict in their home country, news of The Cat Museum has since gone viral with outlets such as Yahoo News and CBS News also reporting on its existence. 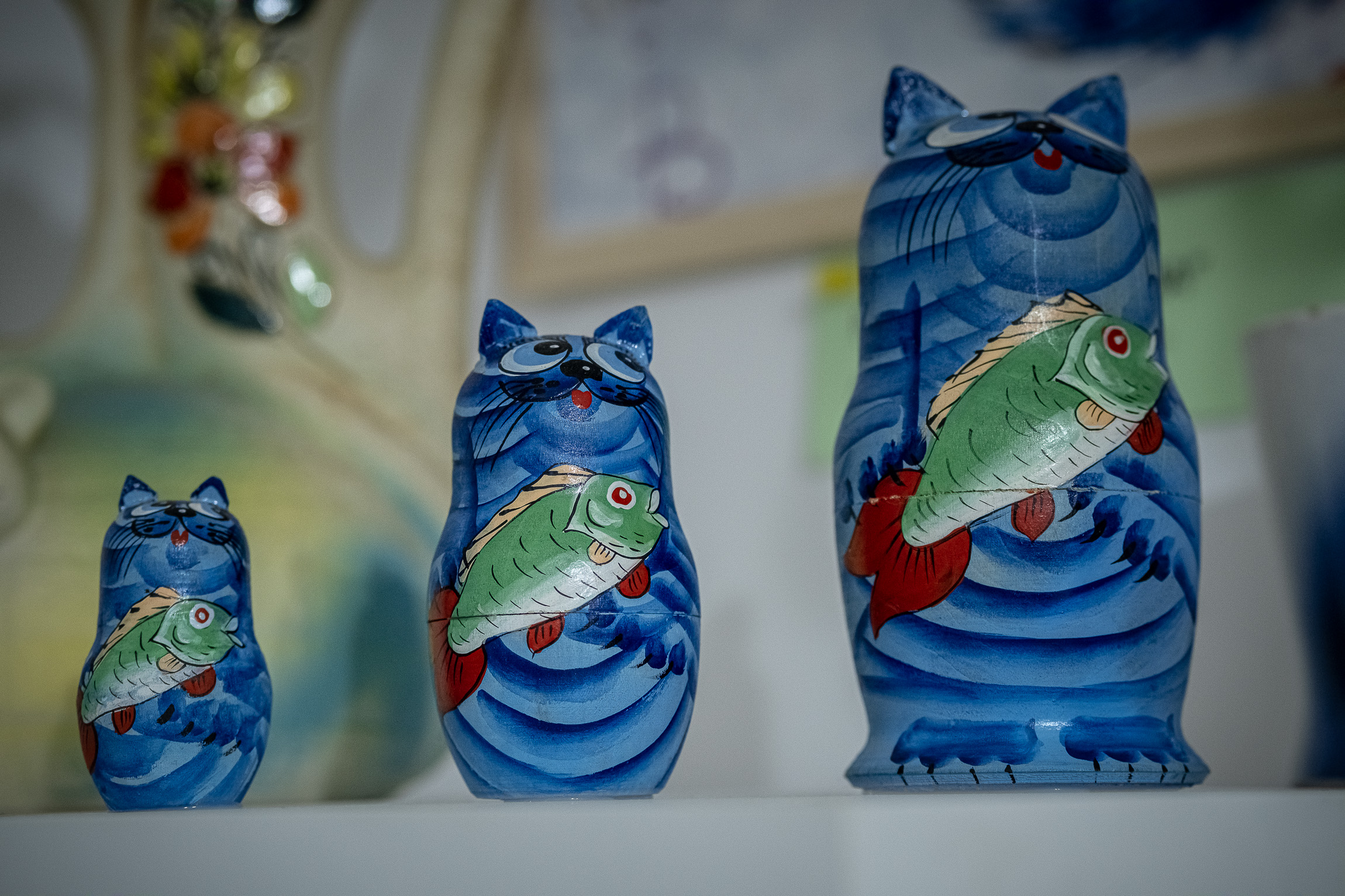 As it stands, the space is fast on its way to becoming a cult addition to Kraków’s traditional tourist trailKalbar/TFN

Originally hailing from Donetsk, the museum was opened by Nataliya Koshivaya and her husband in June last year to showcase their exhaustive collection of cat-related trinkets. Featuring approximately 1,000 figurines in a cramped space not much larger than 15 square metres, their exhibition offers much-needed relief from the commercialized, drunken horror story that Kraków’s principal pedestrian high street has become.

Set through a tight passageway illuminated with winking signage leading the way, the country’s only cat museum opens out to reveal a tiny room crammed to the gunnels with porcelain feline forms: coming in all shapes and sizes, these range from grinning, bottom-wiggling moggies to lithe, slender ornaments teetering on the shelves. 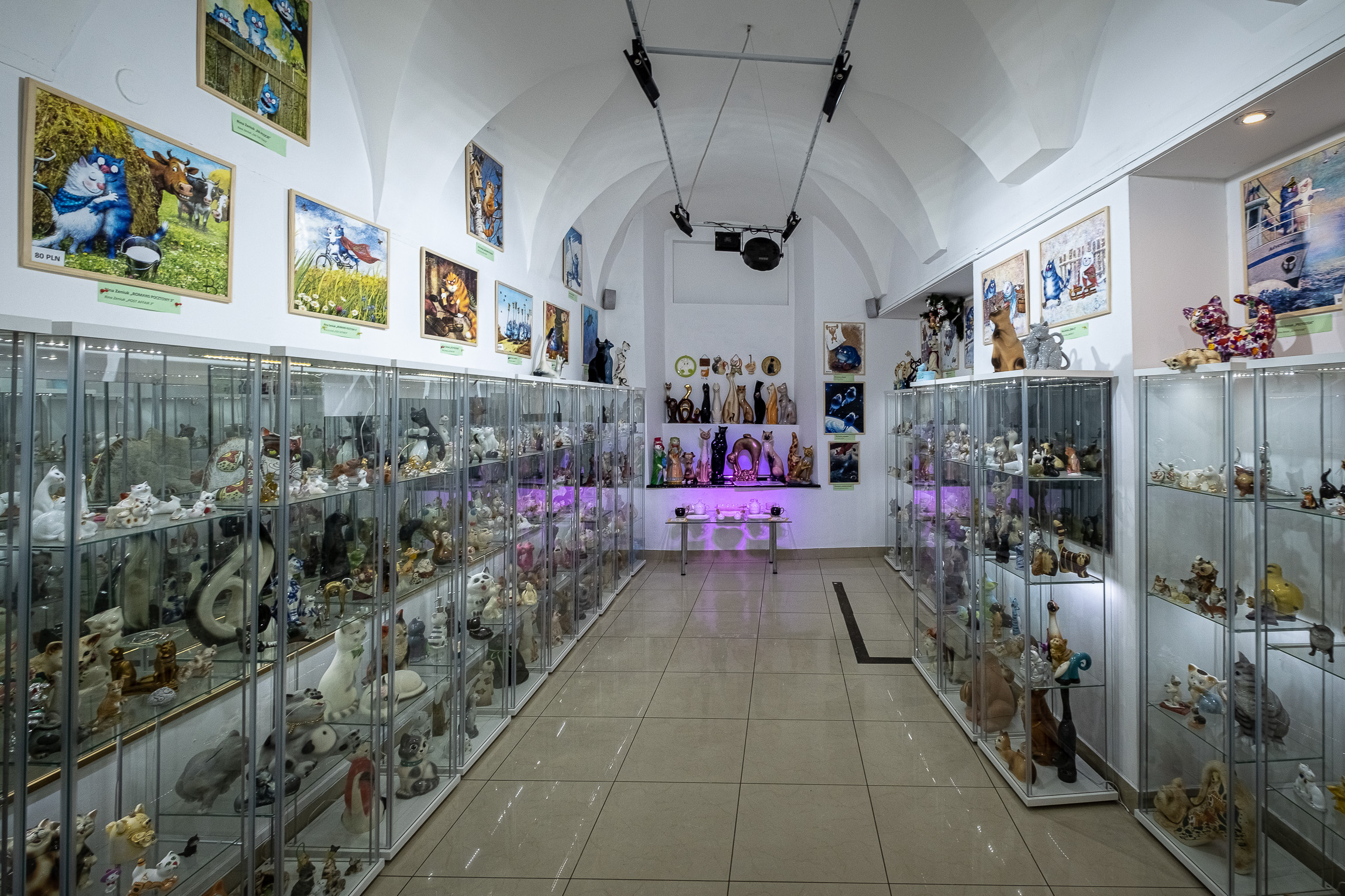 The museum features about 1,000 figurines in a cramped space not much larger than 15 square metres.Kalbar/TFN

Beginning 15 years back when a friend returning from Germany gifted the couple a small cat figure bearing the message Nur Fur Dich (“Just for you,” or words to that effect), the husband and wife team have obsessively collected cat figures ever since. Accumulating these knick-knacks on various foreign jaunts and holidays, such has been their devotion to this hobby that friends, too, began adding to their number whenever they returned from their own globetrotting adventures.

Of these assorted curios, many serve ulterior purposes to act as teapots, pepper shakers, soap dispensers, snow globes, paperweights or saucers – still more, however, are for decorative use only and it is these that are arguably the most kitsch of all. 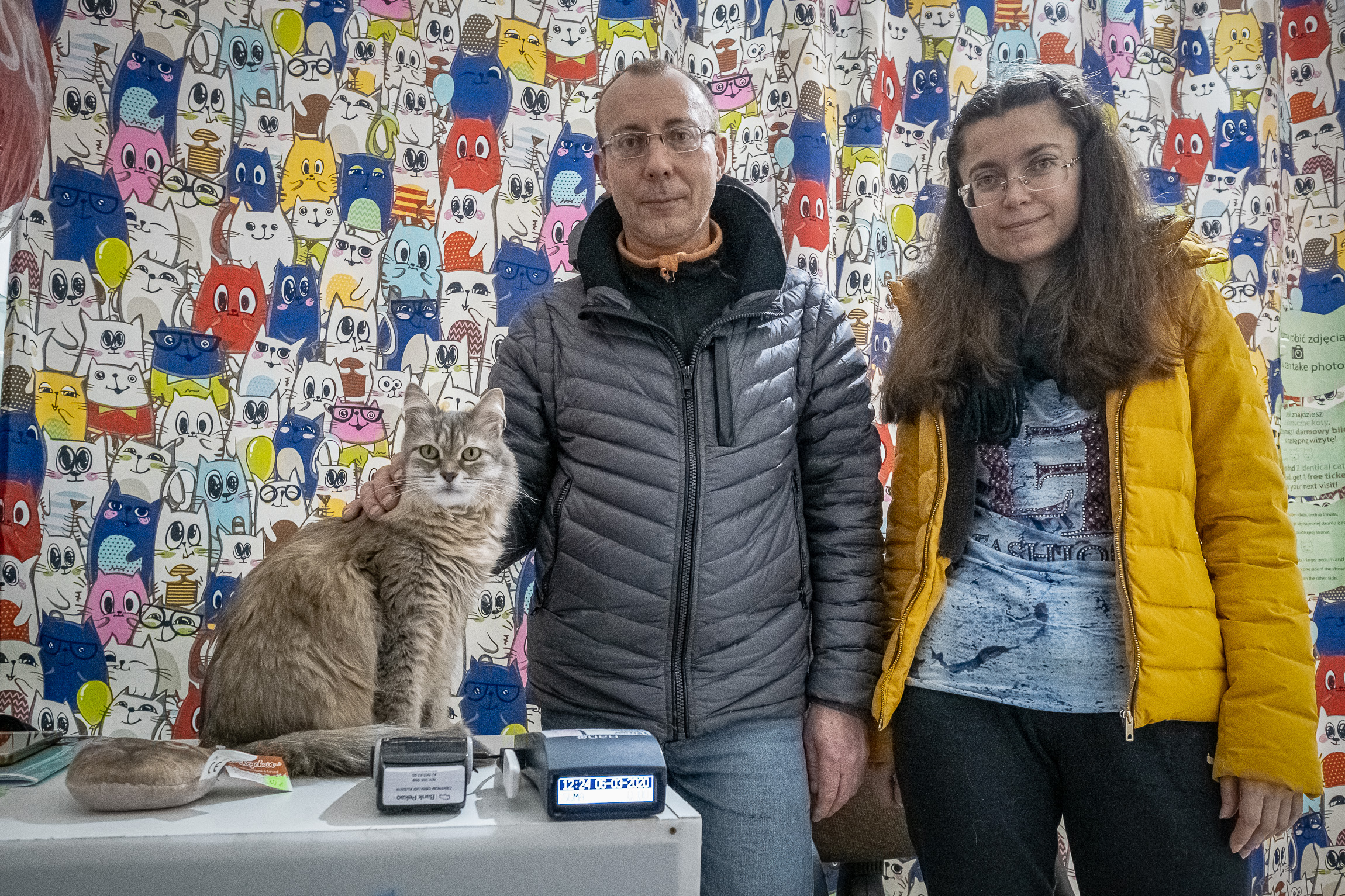 Complimented by a range of other feline related items like the cheerful blue cats painted by Belarussian artist Rina Zeniuk, as well as a motherlode of other pussy paraphernalia such as cat-embossed cushions and bags, it’s a feast for the eyes that asks many questions: is it tacky or eccentric? The truth, perhaps, lies somewhere in between.

Guarded by a very real, trick-performing, four-legged princess by the name of Geisha (“the real owner,” laughs Nataliya), the cat count could well be extended in the near future should the couple realise their ambition to open another chamber to house living creatures. 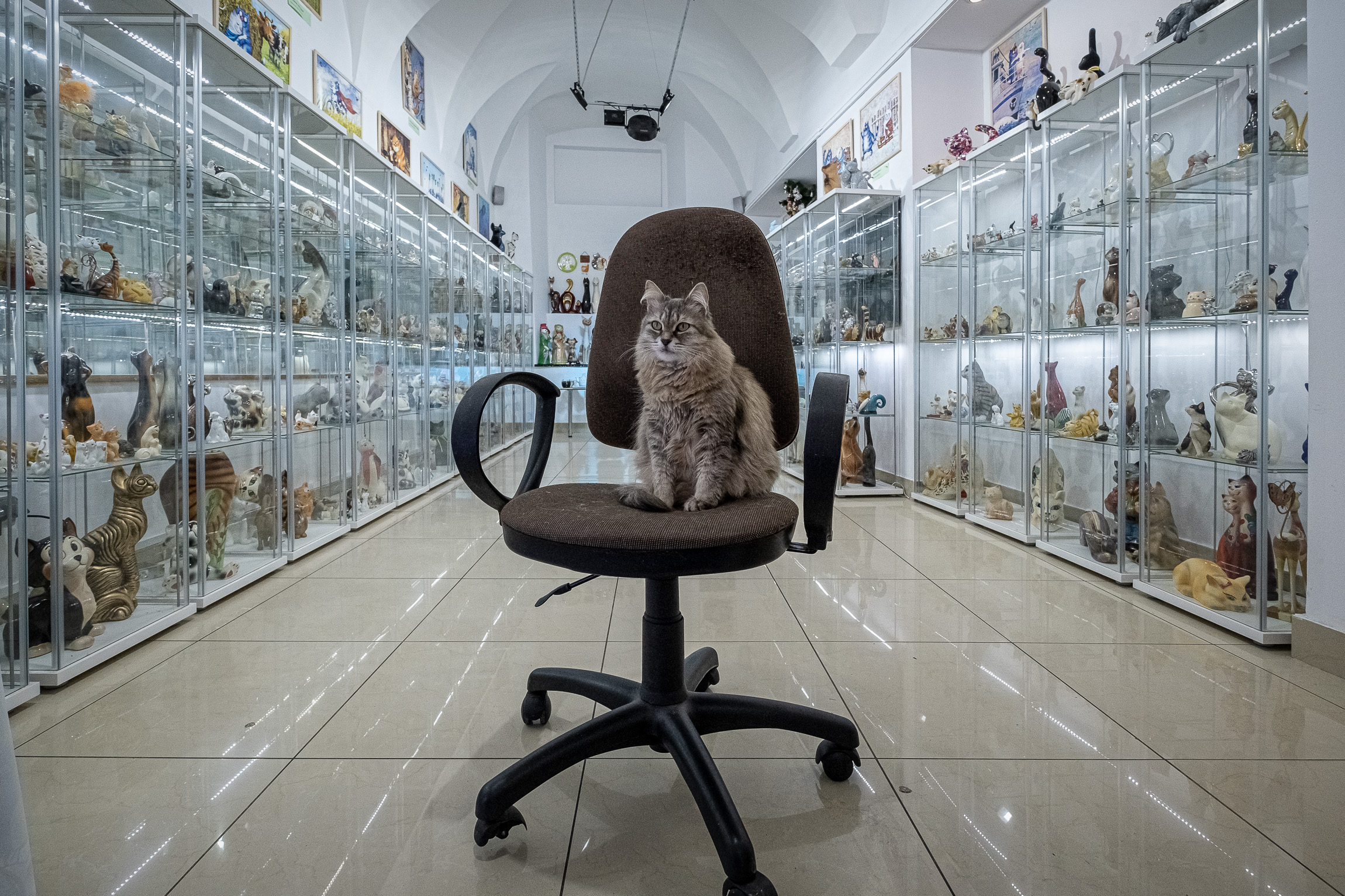 Geisha, the only living cat there, surveys the scene.Kalbar/TFN

As it stands, the space is fast on its way to becoming a cult addition to Kraków’s traditional tourist trail. Offset by the occasionally catastrophic one star-review, Trip Advisor feedback has been overwhelmingly positive with a diverse spread of international visitors branding it “a must see”.  Chiefly appreciative of its sheer wackiness, the exhibition has won a string of hearts and minds for the enthusiasm of its owners and the complete unhinged eccentricity of their collection. 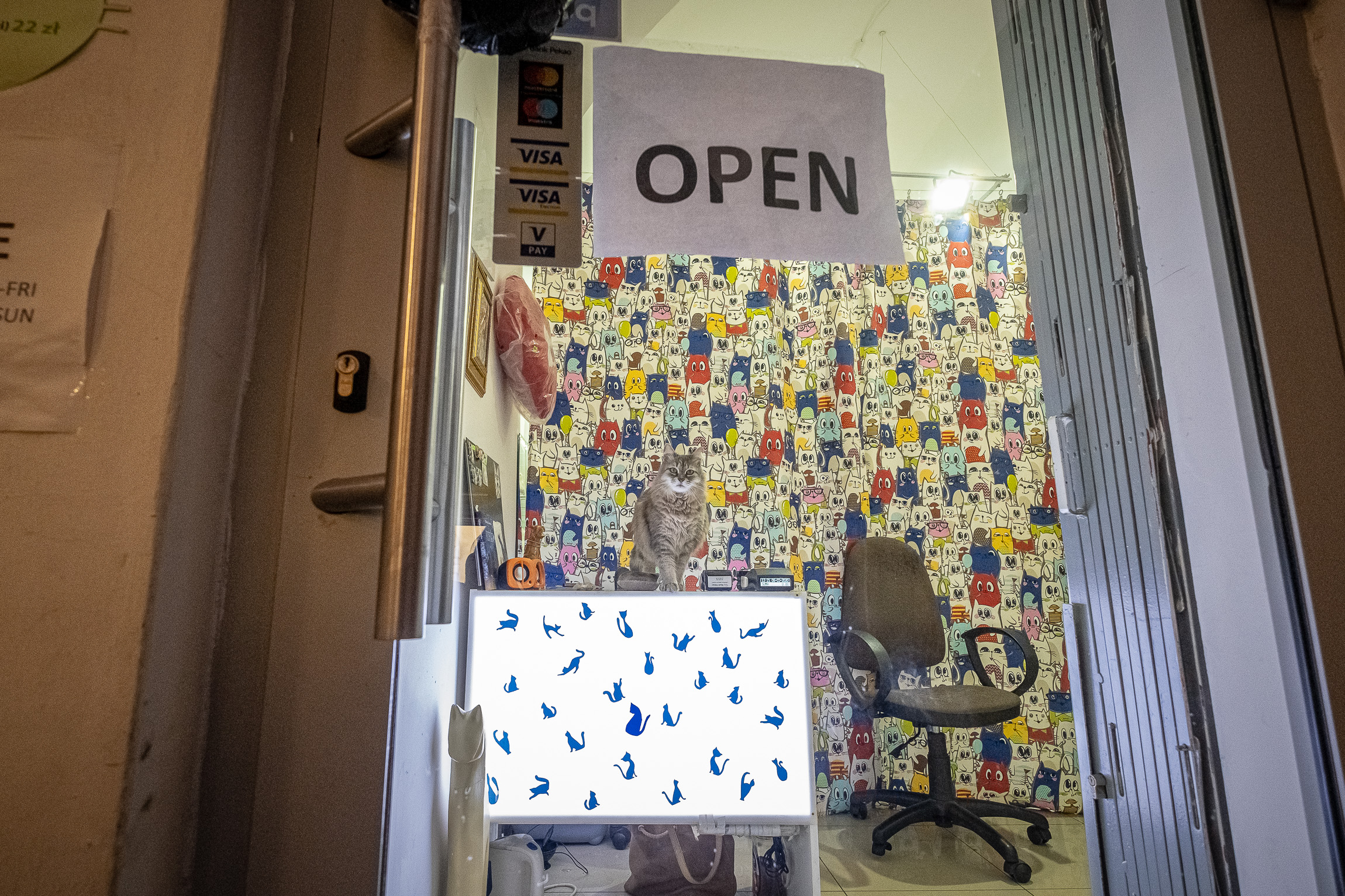 The museum has plans to expand.Kalbar/TFN

Whilst calling it a museum in the strictest sense of the word seems a little disingenuous, this labour of love is nothing if not a magnificently ridiculous and comical diversion that will leave you feline better in these times of paranoia.