A Kraków firm founded after a serendipitous meeting on a Baltic beach has swept the internet after debuting its latest project, a revolutionary e-bike channelling the spirit of the 30s.

Having struck up conversation by chance on a northern Polish beach in 2015, Jaromir Dziewic and Bartek Bialas discovered a joint passion for adventure and “beautiful, unique things”. Keeping in touch, the pair struck out later that year to establish Avionics, a small start-up producing bikes that aimed to “fuse nature with engineering powered by electricity.”

“We don’t think of our products as bikes rather as works of art,” says Jakub Wawer, the marketing manager of Avionics. “Of course many of our clients use these as their everyday mode of transport, but such is their style we’re also aware of a number of customers who actually just keep them at home and present them as if they were sculptures.” 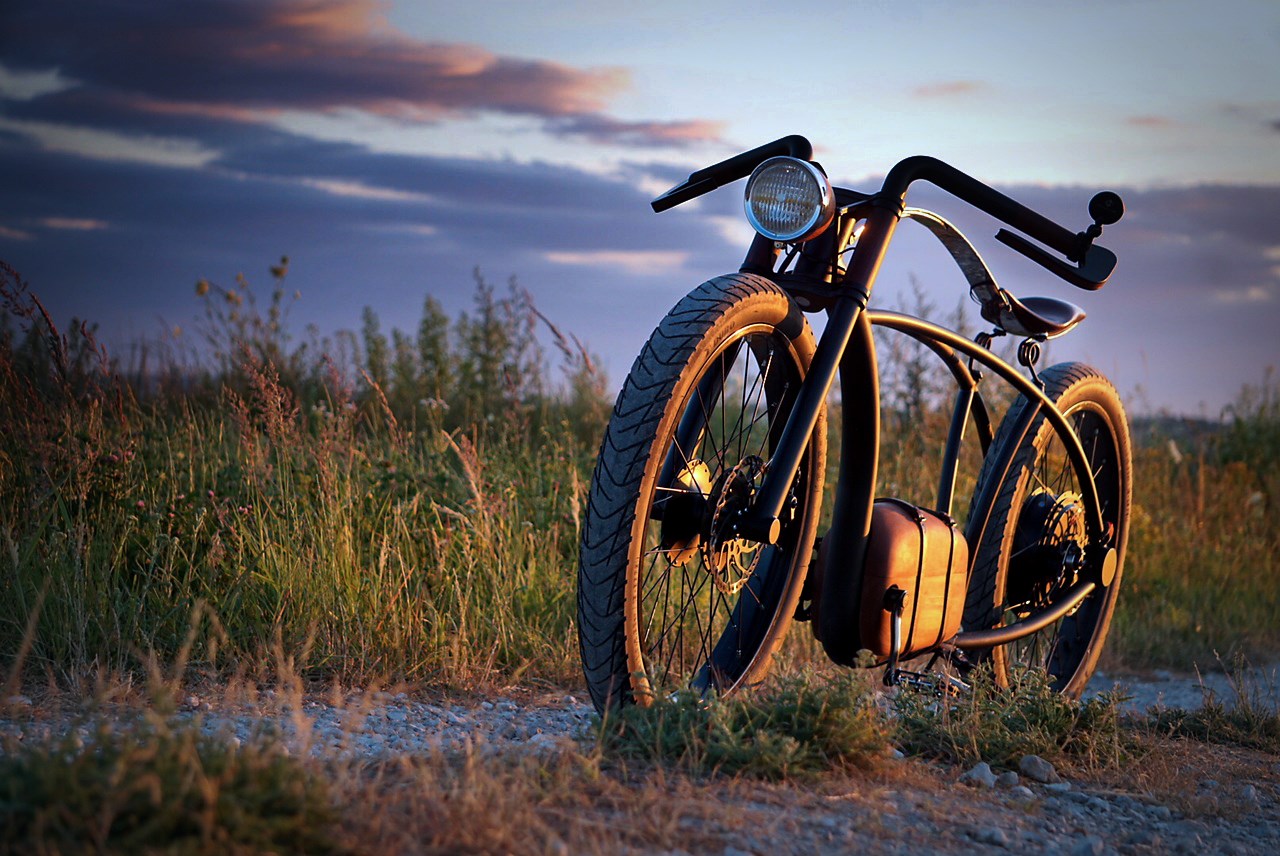 Visionary in their design, such is the standing of Avionics that their latest model to be released, the VM, has been inducted into Switzerland’s M.A.D. Gallery, a “captivating universe of kinetic art where Horological Machine and Mechanical Art Devices reign supreme.”

Created in a limited run of 52 bikes, each of which will be numbered and issued with certificates of authenticity, the VM features a sturdy chromium-molybdenum steel frame and handcrafted accents made from Jatoba wood. Tucked to the bottom of the frame, a wooden chest decorated with old-school leather straps conceals a battery, immobilizer and electrical components.

Capable of achieving top speeds of 58 kilometres per hour, the retro-futuristic bike is also programmed with a range of street modes that “limit its power to more street-friendly speeds”. Taking two to three hours to charge using either a USB port or a domestic plug socket, the VM can travel approximately 120 kilometres in its low-power street mode before requiring a further charge. 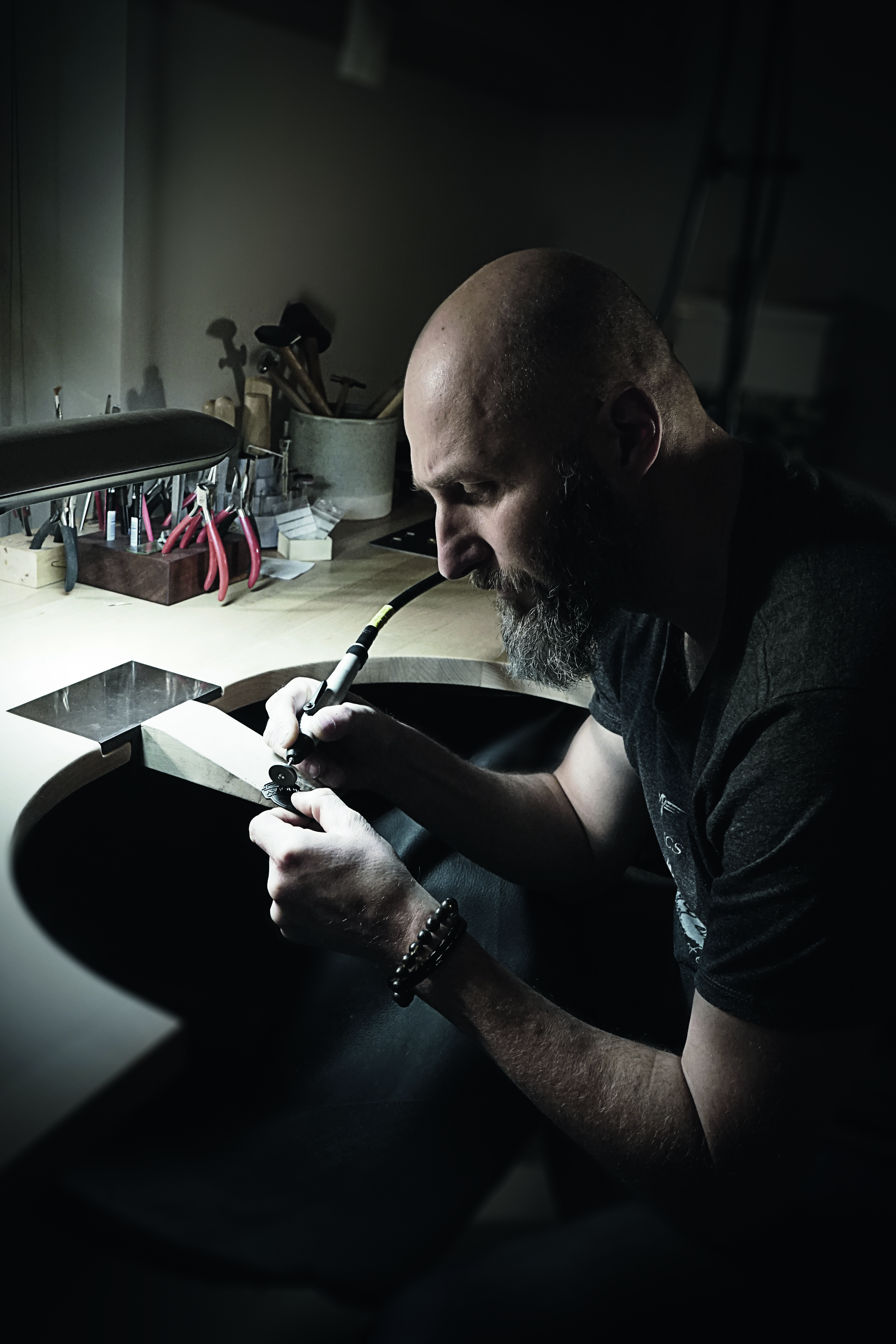 In the event the battery runs dry in the middle of nowhere, the bike is further equipped with traditional pedals to enable users to cycle back in the old fashioned way.

Looking like something straight from the age of Lindbergh and Lempicka, the creation process begins with paper sketches before being brought to life by using computer-aided drafting software. From there, an Avionics workshop in Poznań handles the production of wooden parts and electrical elements before transferring them to Kraków for assembly.

In all, each bike takes around six months to produce, with the most challenging aspect of the process being the electronics, and the shortest being the actual assembly of the bike – which takes a week. 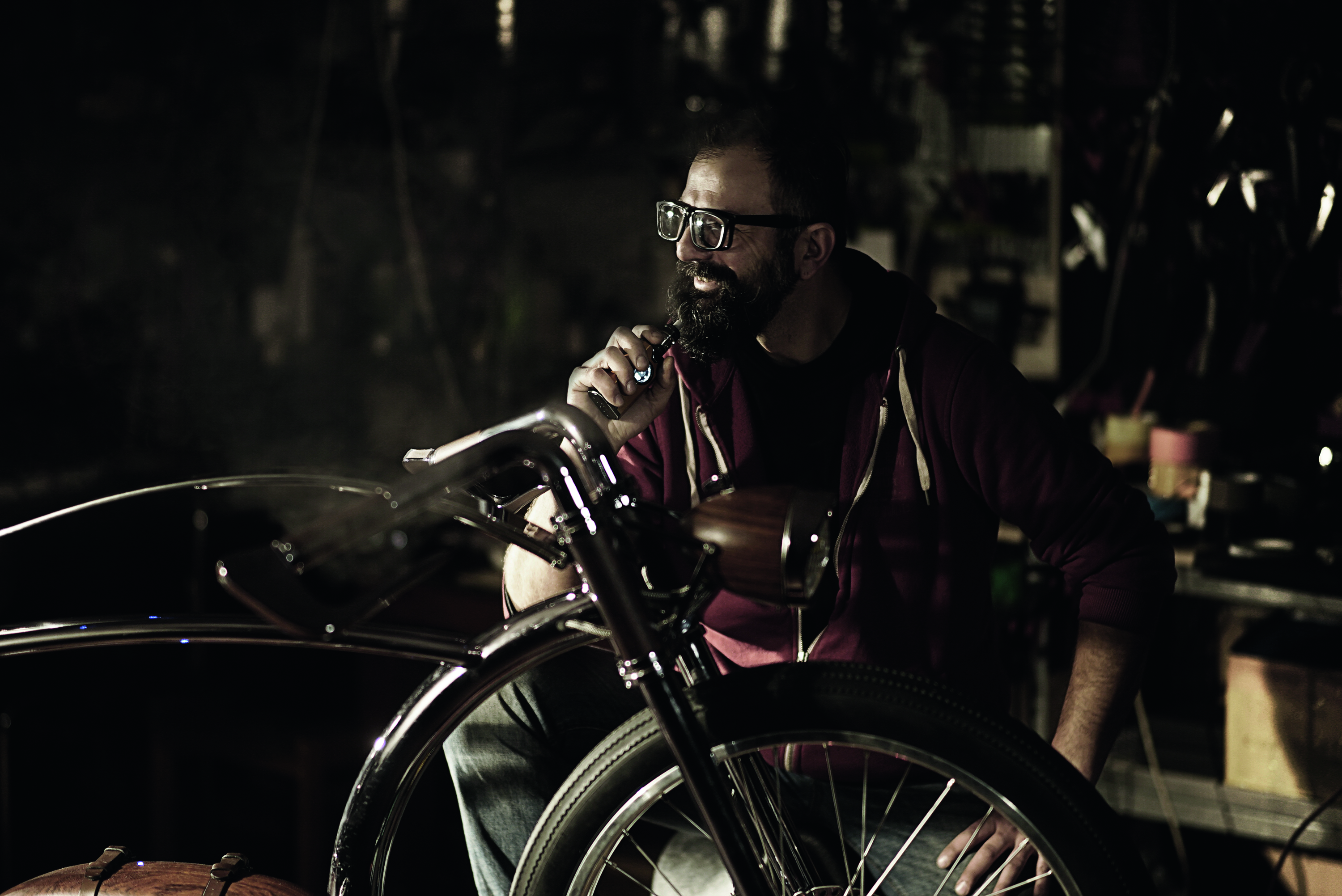 “Avionics,” says Jaromir Dziewic, “is a synthesis of philosophy, art, and the creative demon that constantly makes us fly higher, farther, faster.”

Though an official retail price has yet to be revealed, with their previous project, the V1, selling for an eye-watering $9,480, it seems certain that the VM will be available for north of $10,000.

Already being widely dubbed by the press as “the most beautiful e-bike ever manufactured”, the hefty price tag should not deter buyers. The reaction, says Wawer, has been extraordinary. “It’s been so exciting since we premiered the VM that we can barely sleep,” he tells TFN. 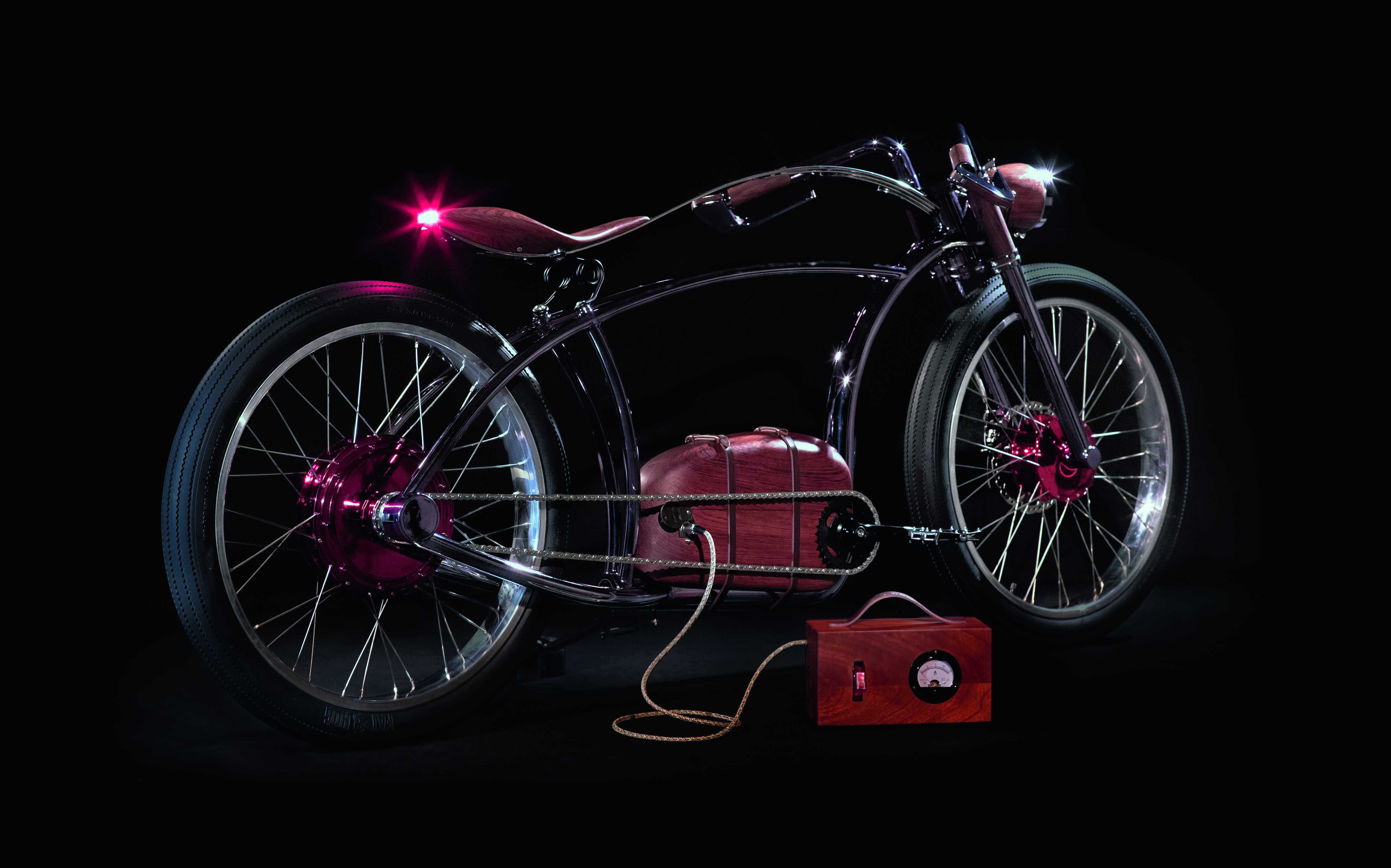 Capable of achieving speeds of 58 kmh, the retro-futuristic bike is also programmed with a range of street modes.Avionics

However, whilst the strength of the positive feedback has been overwhelming, it has not been entirely unexpected.

“If you asked if we consider ourselves global pioneers on the e-bike market, then yes we are,” continues Wawer. “When creating Avionics the intention was to be completely unique, to not copy anyone else, and that’s what really elevates us above everyone else. 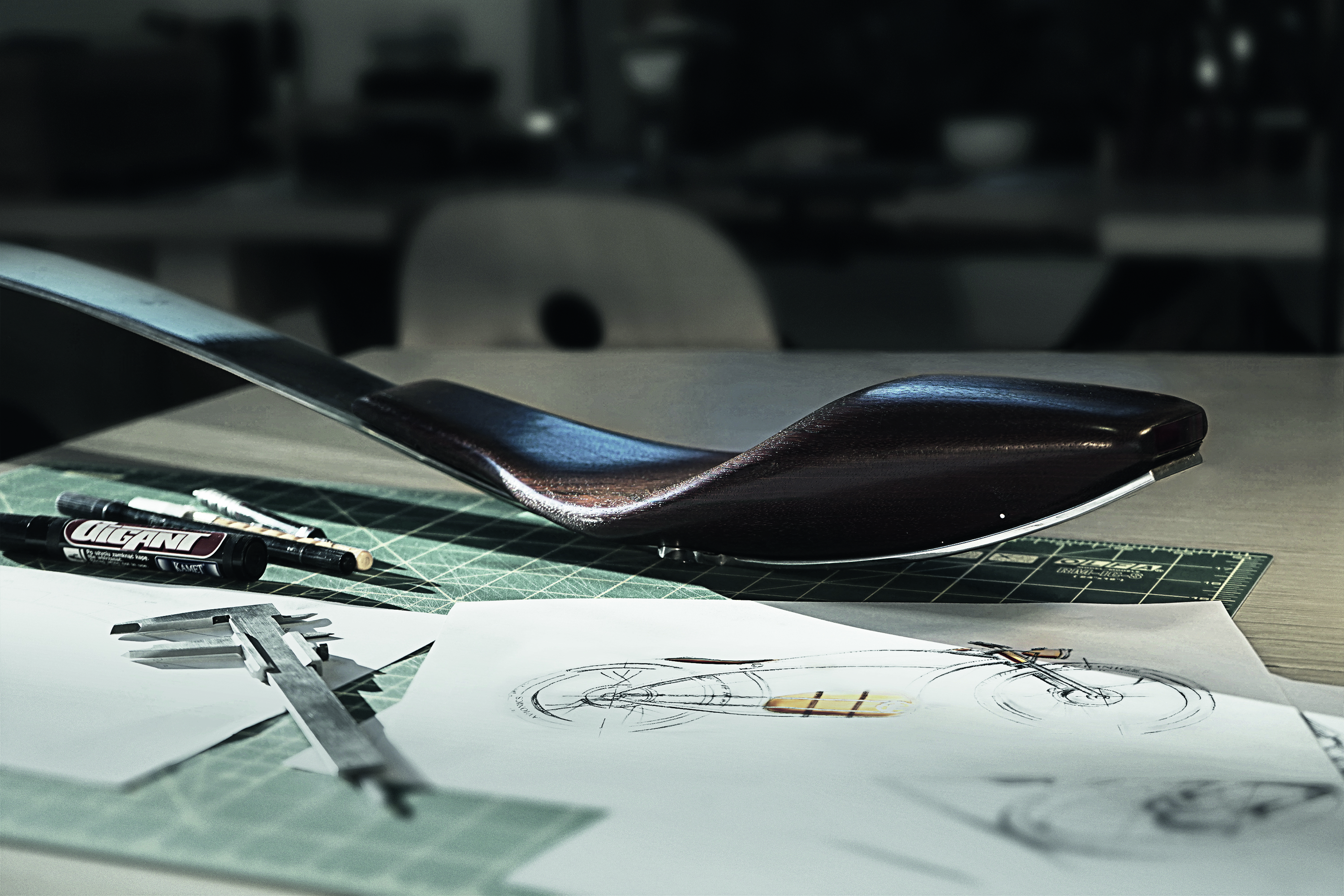 The design process begins with paper sketches before being brought to life by using computer-aided software.Avionics

“Bartek and Jaromir are true artists, everything comes from inside their heads. To match that creativity with such handcrafted excellence you get something entirely original.”

Neither, asserts Wawer, is Avionics a fly-by-night operation that will be here today but gone tomorrow. 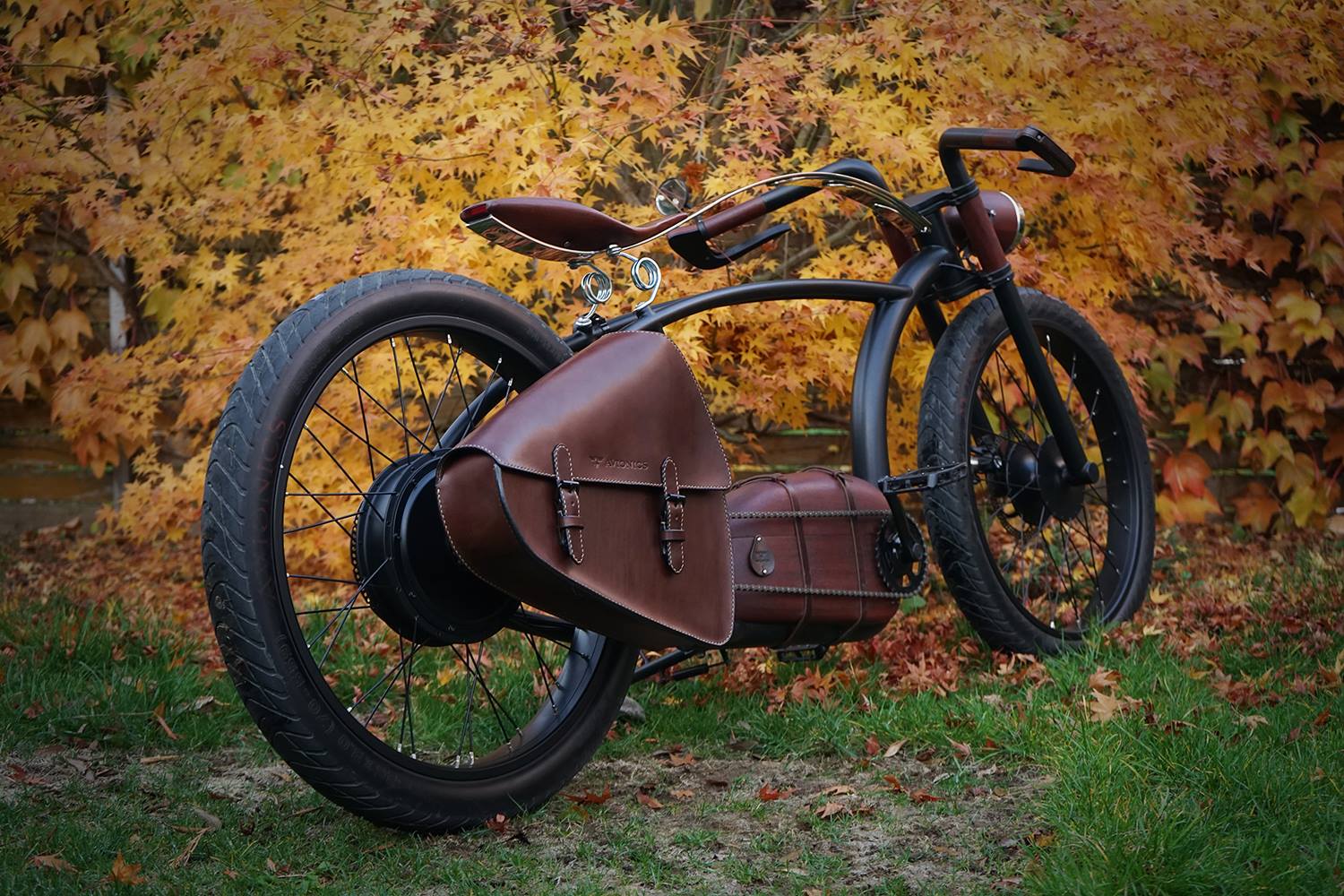 Avionics’ creations have already being widely dubbed by the press as “the most beautiful e-bike ever manufactured”.Avionics

“We’re here for the long run,” he says. “When they started Avionics, Bartek and Jaromir were always clear that this wasn’t two or five-year project. They want to realize their dreams, and that’s a long-term thing.”

Though the extent of these dreams remains shrouded in secrecy, PR material hints at the high-flying ambition of an Avionics plane. That being the case, it would appear the sky really is the limit for this ground-breaking Polish firm.