Four hundred years ago today, the head of Stanisław Żółkiewski, one of Poland’s greatest ever military leaders, was chopped off by Ottoman Janissaries, placed on a spike and sent to the Sultan in Constantinople, where he used it to decorate the entrance to his palace.

His greatest victory was in 1610 in the Battle of Klushino which opened up the road to Moscow making him the first ever European to occupy the Kremlin.

Stanisław Żółkiewski helped forge Poland into a superpower. Thanks to his electrifying victories, Poland became the largest military and economic power in Europe, reaching its greatest dimensions in its history with its eastern border just 200 km from Moscow.

He gave his whole life to serving Poland and he fought in all of the great wars of his era. In Poland, his name is synonymous with bravery and wisdom and the ability to make the final sacrifice in fighting for the homeland.

Therefore, it is fitting that the Sejm voted to make 2020 the Year of Żółkiewski. Rather than commemorate his victories, the round anniversary of his death recognises his conscious decision to die with his sword in his hand rather than be captured by the enemy.

He fought many battles, but he is widely known for two: the great victory at Klushino and the tragic defeat at Cecora. 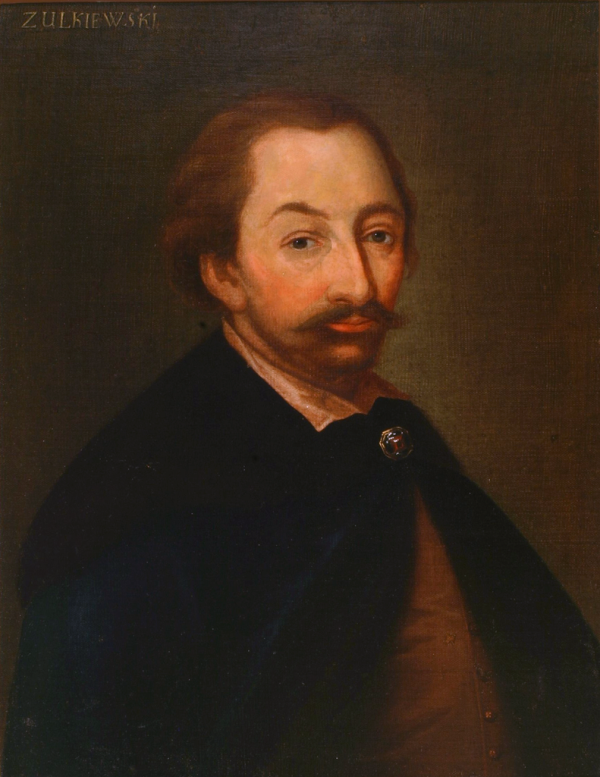 Stanisław Żółkiewski helped forge Poland into a superpower. Thanks to his electrifying victories, Poland became the largest military and economic power in Europe.Public domain

The Battle of Klushino was the set piece battle of the Russo-Polish war which erupted in 1605 and dragged on till 1618.

Ivan the Terrible had led to a crisis in the Tsardom of Russia and the deaths of his successors had ended the rule of the Ruryk dynasty.

Polish king Zygmunt III Vasa saw this as an opportunity to create a personal union with Moscow, like the one earlier with Lithuania.

His plan was to win the Tsar's crown, and then, after the joining forces with Russia, he would regain power in Sweden. This powerful troika would be an effective bastion against the Tatar-Ottoman threat.

To this end, Żółkiewski, then field hetman of Polish forces, took his army out to Smoleńsk in 1609, where he besieged the city. 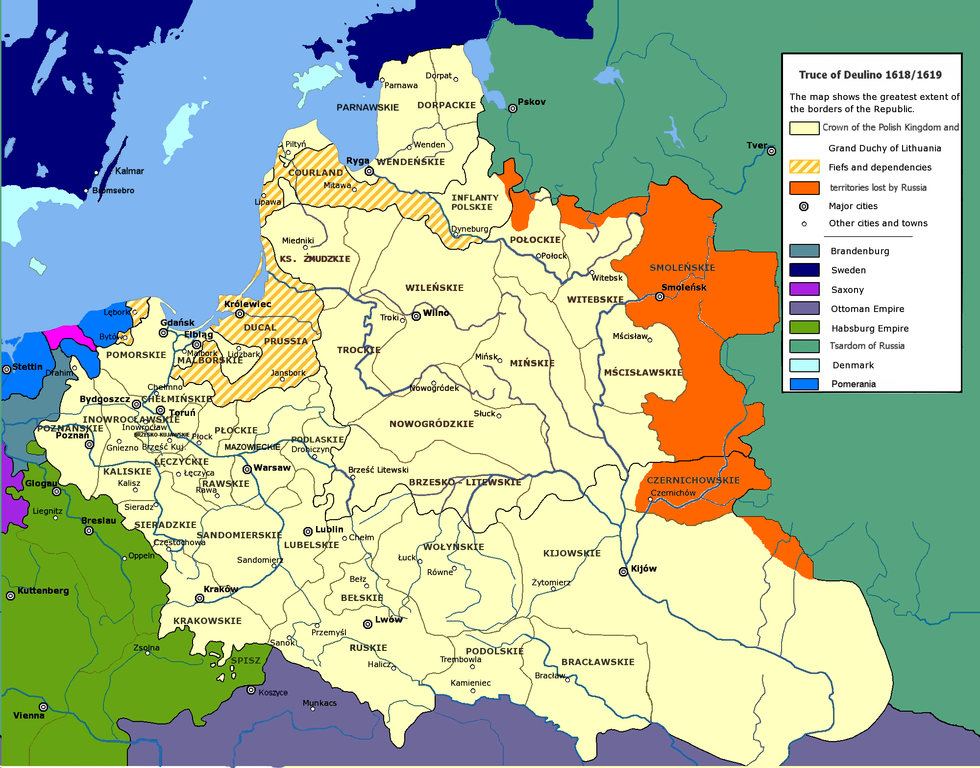 Thanks to Żółkiewski, Poland reached its greatest dimensions in its history with its eastern border just 200 km from Moscow.Mathiasrex Maciej Szczepańczyk /CC BY-SA 3.0

To counter this, Tsar Vasyl Shuisky sent a large army of 35,000 men. The eventual clash between the two forces happened near the village of Klushino near Smoleńsk.

The Poles were still besieging the city, so Żółkiewski could only spare around 3,500 troops. However, these included Poland’s legendary winged Hussars. Klushino would be among their finest moments.

After an all-night march, the then 63-year-old hetman led the Poles in a five-hour, murderous clash, outnumbered by as much as ten to one according to some accounts, and defeated the soldiers of Muscovy.

The battle is remembered as one of the greatest triumphs of the Polish cavalry and an example of excellence and supremacy of the Polish military, which at the time was unbeatable.

Klushino was Żółkiewski's greatest victory, but his political exploitation of it was more important. With the support of several families of boyars, he set off for Moscow. 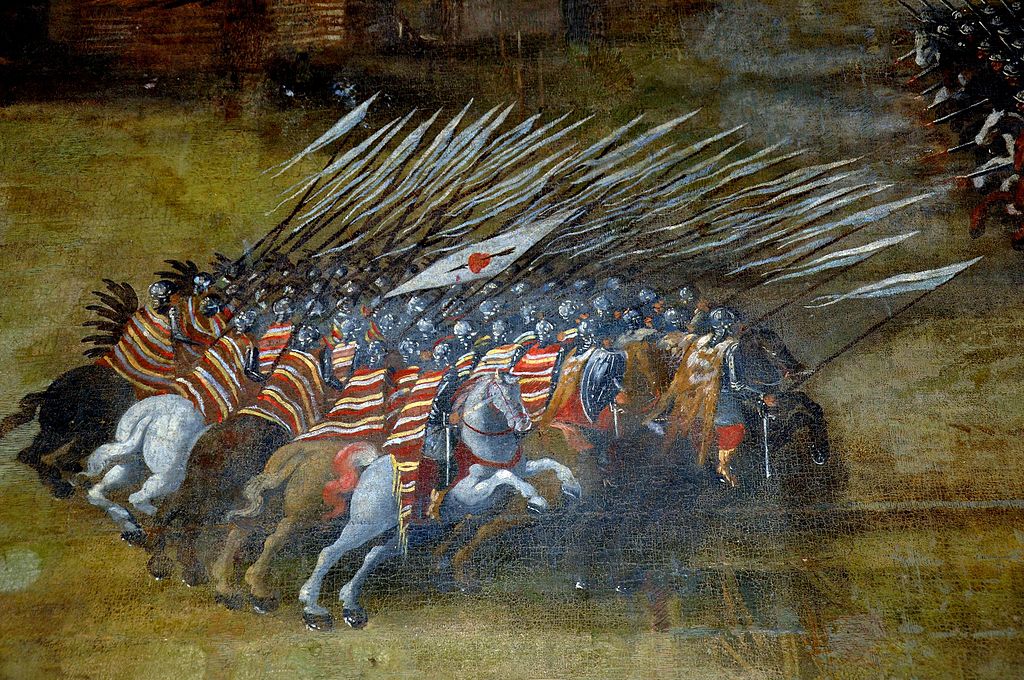 The Battle of Klushino was the set piece battle of the Russo-Polish war which erupted in 1605 and dragged on till 1618.Public domain

On the night of September 20-21, 1610, Żółkiewski became the only European military leader in history to occupy Moscow. The Poles would remain there for two years.

Later, in 1611, Żółkiewski would return triumphantly to Warsaw bringing with him the high-profile prisoners Tsar Vasyl Shuisky and his brothers Dmitri and Ivan.

He presented them at the Sejm upon which they paid homage to Zygmunt III Vasa. Vasyl Shuisky was held in Warsaw for two years until his death. His body was placed in a specially built tower near the Royal Castle.

Meanwhile, in Moscow Żółkiewski had agreed with the boyars that they would pay homage to the Polish king’s son and heir Prince Władysław Vasa and make him Tsar of Russia.

This idea was scuppered by the Polish king as he demanded the crown for himself, believing that Moscow was an unsafe place for a 15-year-old boy. He also wanted to convert the Russians to Catholicism, while the deal with the boyars was that young Władysław would convert to the eastern orthodox rite..

The Poles were eventually forced out of Moscow after a rebellion by the Muscovites. The war dragged on until 1618.

In 1620, already an old man at 72, Żółkiewski set off to wage war one last time, now against the Ottomans in Moldavia in the Battle of Cecora.Public domain

When it was over, Poland had gained control over the Smolensk and Chernihiv regions, which gave it a landmass that was the greatest in its entire history at over 1,000,000 square kilometres.

In the years that followed, Żółkiewski fell out of favour with the king. At one point he even offered his resignation, which the king refused.

In 1620, already an old man at 72, he set off to wage war one last time, now against the Ottomans in Moldavia.

The expedition was poorly prepared, and Żółkiewski could no longer command with a firm hand.

Open anarchy reigned in his camp, and after his forces were smashed at the Battle of Cecora, he led a disorderly retreat. 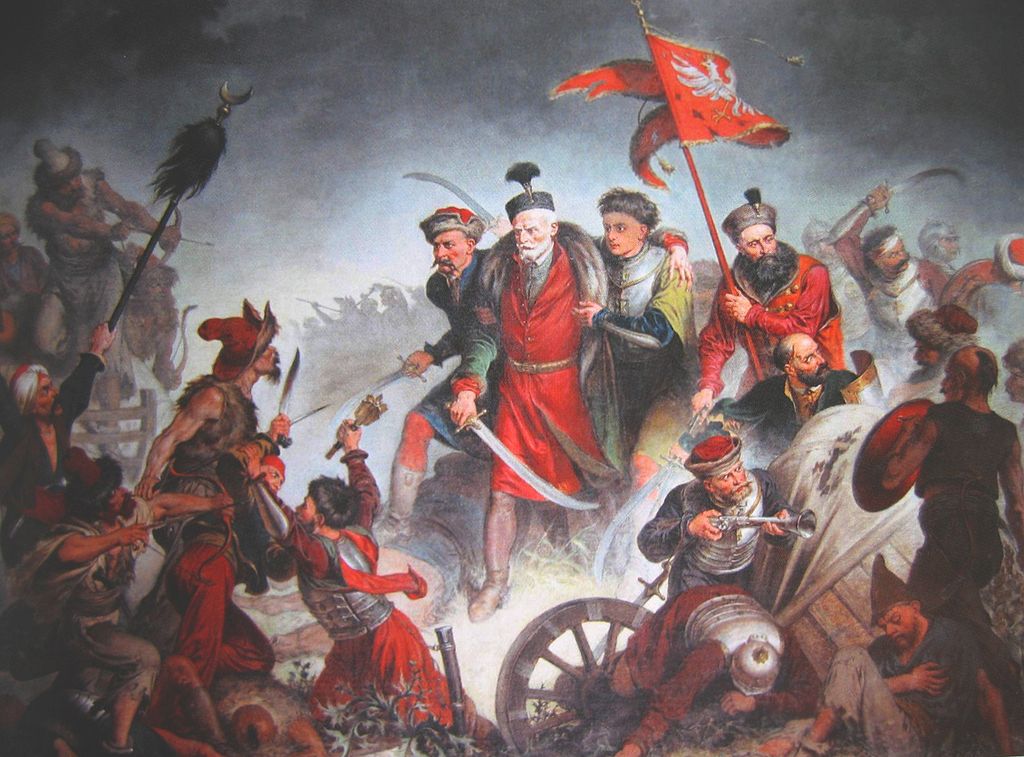 Death of Stanisław Żółkiewski with his confessor, Father Szymon Wybierski, at the Battle of Cecora (1620).Public domain

On 7 October 1620, the old hetman, surrounded by enemies, bravely fought till the end with a sword in his hand.

A day later, the Turks found Żółkiewski's body. They placed his head on a spike and sent it to the Sultan in Constantinople. For two years, he looked down on people entering his palace.

His head was eventually bought by his wife Regina. A modest funeral took place in his hometown of Zhovkva, now in Ukraine. In his last will, Żółkiewski ordered that if he died on the battlefield, his coffin should be covered not with black velvet, as was customary,, but with red, a sign of the blood he shed for Poland.

On Żółkiewski's grave there is an inscription taken from Roman epic poem the Aeneid: “Rise up from my bones avenging spirit.”

The inscription turned out to be prophetic. The hetman was avenged by his great-grandson, John III Sobieski, who defeated the Ottoman’s at Vienna.