Often compared to a flying saucer, Kielce’s most iconic building has reopened for business after a thorough two-year revamp that saw everything but its steel skeleton dismantled.

Originally designed by Edward Modrzejewski, the architect – who died in 2015 – was to have a profound effect on reshaping Kielce during the PRL era, however, it was his design for the city’s bus station that would come to define his career. 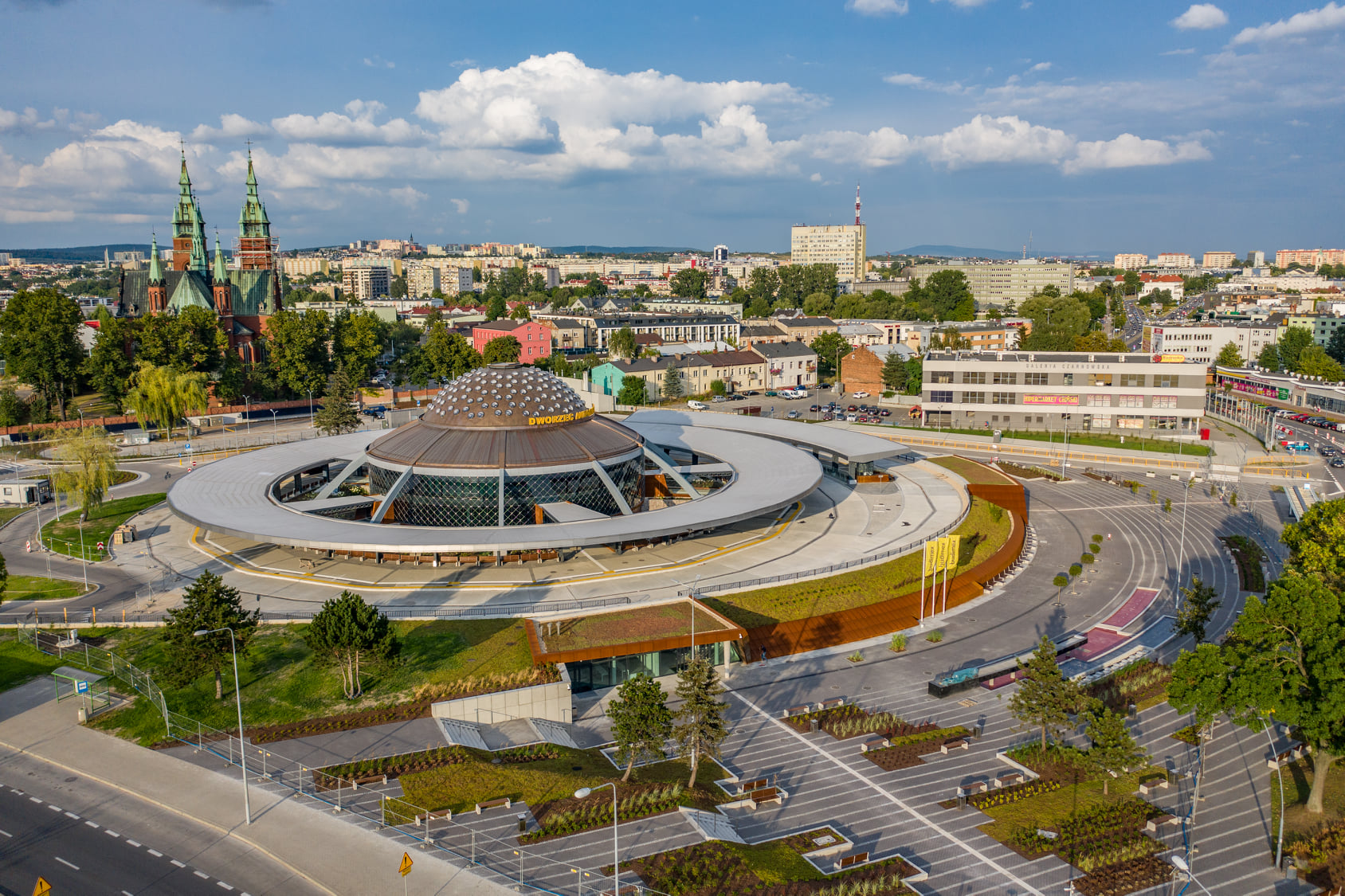 Opened in 1984 the station had fallen on hard times until the restoration process.Budimex

Beginning in 1975, the station’s construction took a staggering nine years with the considerable delays not helped by neither the building’s engineering complexities nor the economic meltdown that was to hit Poland during this time. Finally, the ribbon was cut on the project on July 20, 1984, two days shy of the 40th anniversary of the foundation of the People’s Republic of Poland.

The date was by no means a coincidence. With the country reeling from both anti-communist unrest and general financial havoc, the bus station was perceived by the authorities as a glimmer of hope and an ambitious sign of the system’s capabilities. 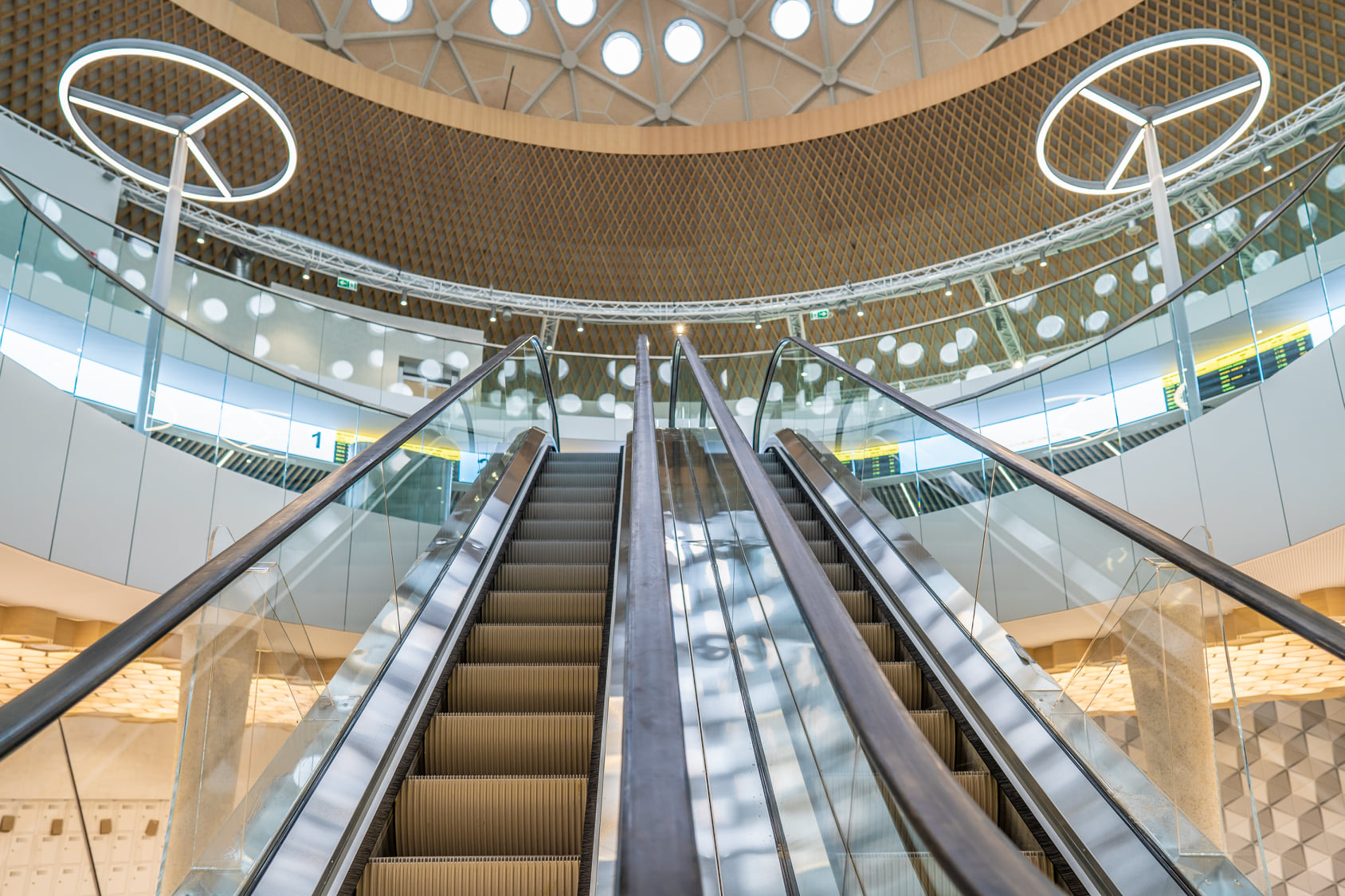 Serving 24,000 passengers daily, and accommodating 1,500 buses, it was touted as the most advanced facility of its kind in Poland. Moreover, its UFO shape quickly won favour with the public, installing the building as a minor and unlikely tourist destination in its own right.

This point was not lost on civic leaders and in 2014 it was added to the register of monuments and cited as being “a unique and novel example of PRL architecture, and one of the most valuable architectural designs from the 70s and 80s and a material document to this period.” 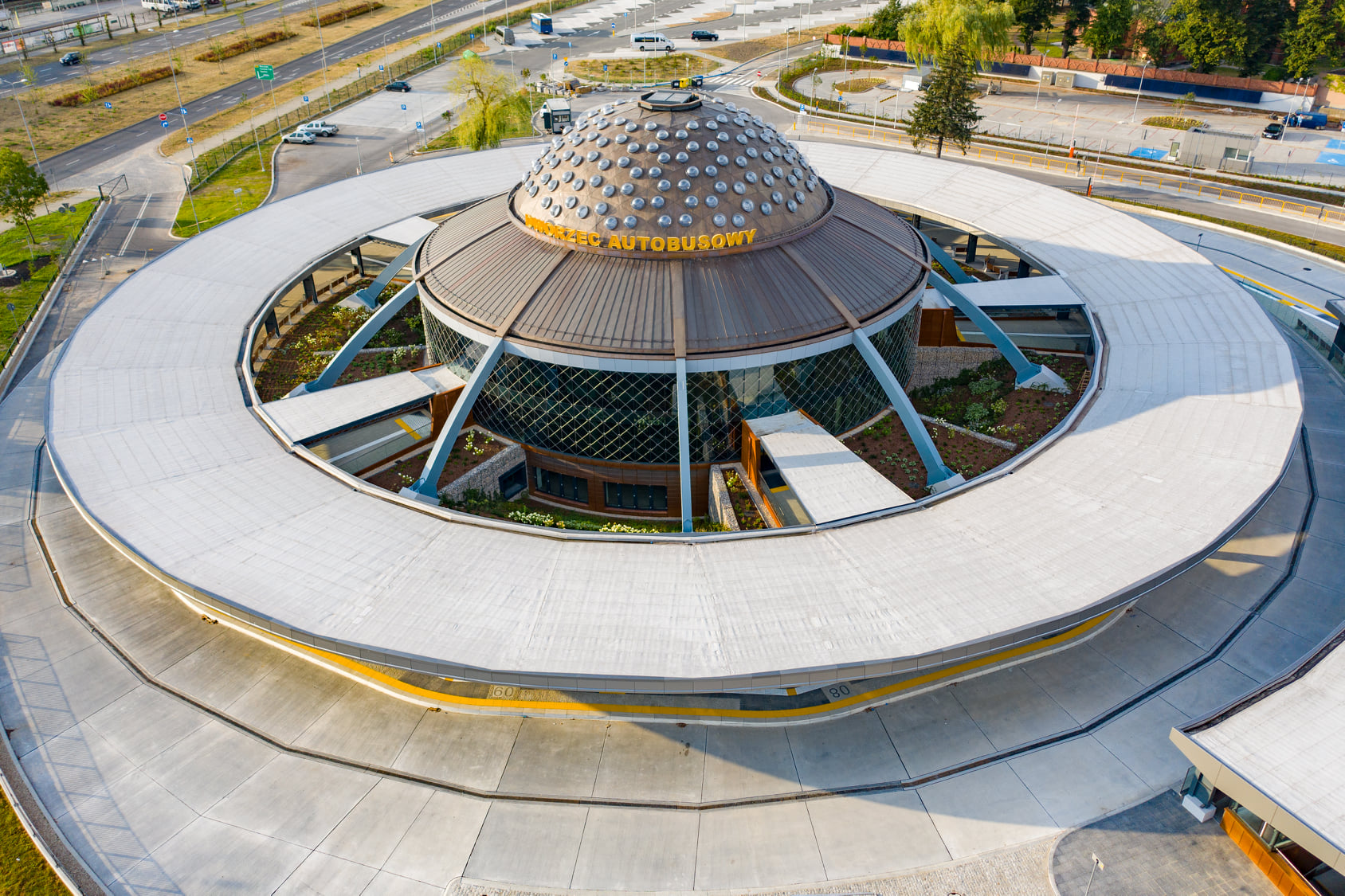 “The facility itself is unique on a global scale,” says Barbara Damian, director of Kielce’s public transport body.Budimex

Time, though, had not been kind to the building.

The political and social transformation that followed the transition of power in 1989 saw a boom in private car ownership, and the bus station became decreasingly relevant, a fact underlined by its slow but determined physical deterioration. What had once been described as “the pearl of Kielce” started to look grubby and unloved.

But this now stands to change after the station was returned to the pedestal it deserves. 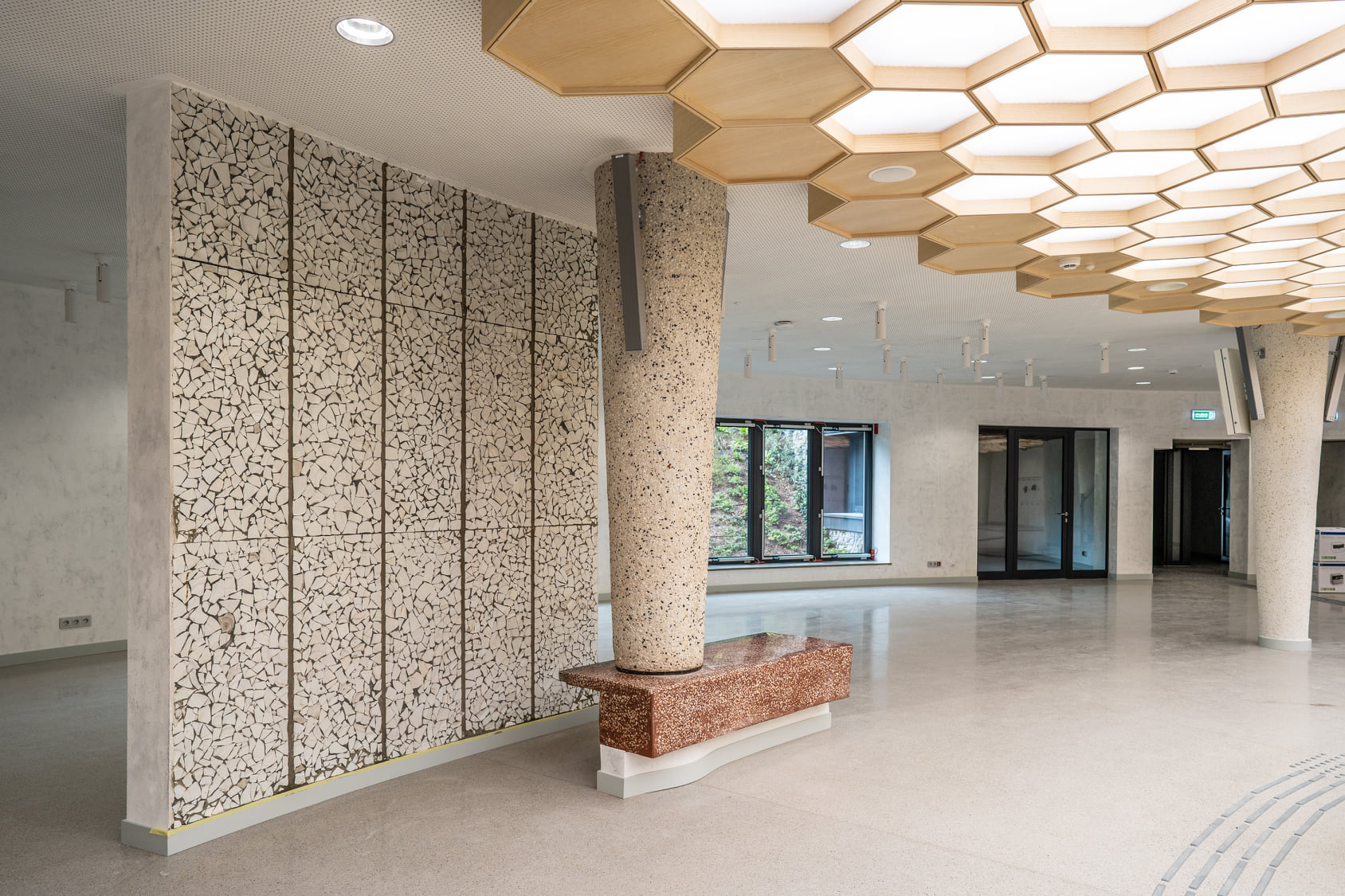 The rebuilt station has 2,700 lights as well as tinted façades.Budimex

Undertaken by Budimex, the renovation – valued at around PLN 68.5 million – has seen the ailing structure given a new lease of life with features including a branch of the municipal library and a VR zone equipped with games consoles, audiobooks and board games.

Touting 2,700 lights as well as tinted façades produced using Swiss technology, great care was applied to ensure that none of the original aesthetics were lost. As such, its signature circular skylights and cosmic outline have been faithfully kept. 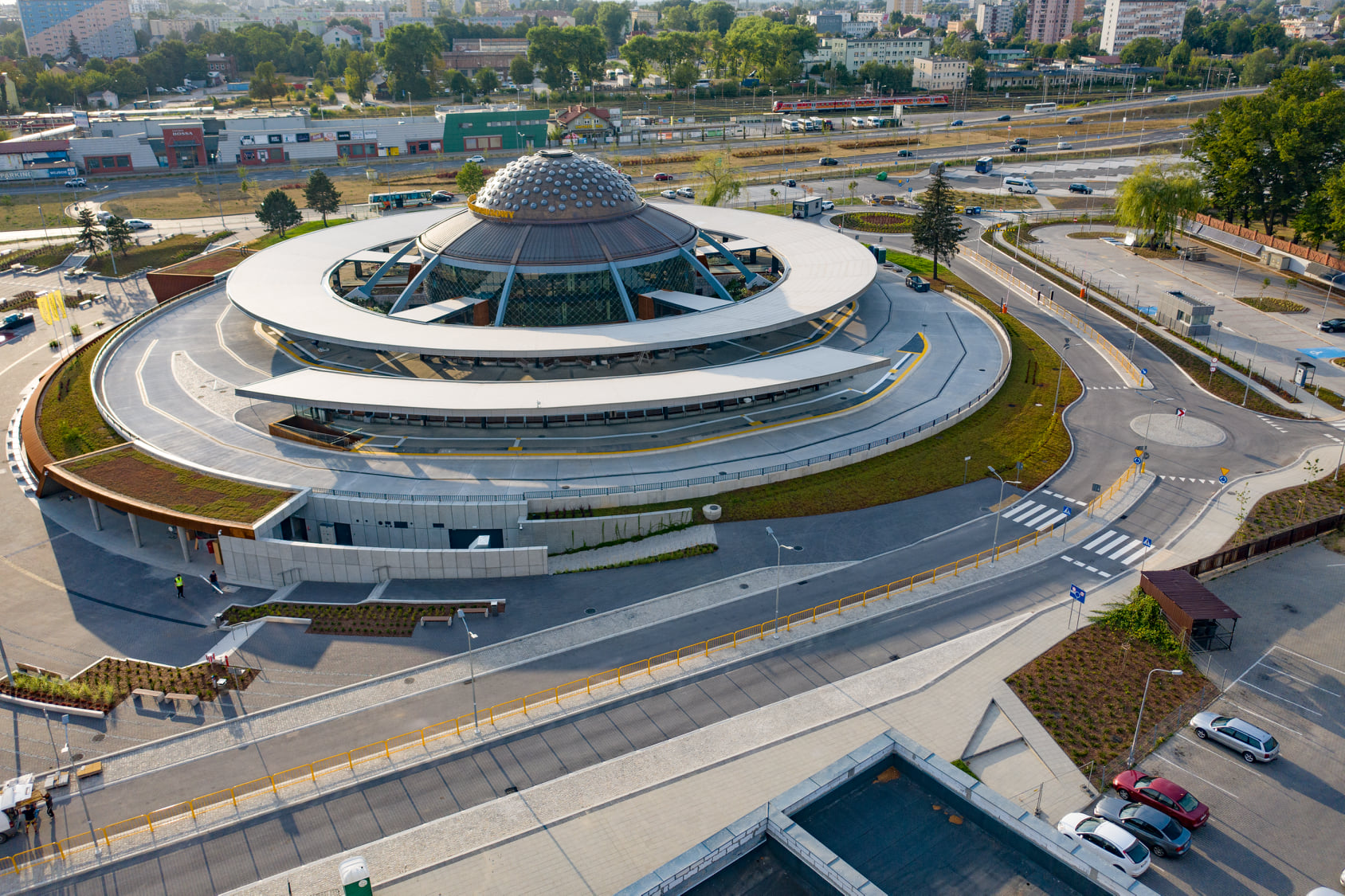 City planners hope the overhaul will make the station the town’s “pearl” once again.Budimex

“The facility itself is unique on a global scale,” says Barbara Damian, director of Kielce’s public transport body, “and it’s worth emphasizing that the station has retained its original and special character.”

Rechristened Centrum Komunikacyjne Kielce, the building was officially reopened on August 27. Speaking at the inauguration the mayor of the city, Bogdan Wenta, was optimistic that the station would benefit the local economy and tourist sector. “Once again,” he said, “the station is the pearl of our city.”