A 20-year-old guitarist from Kielce has been wowing the music world with his searing rendition of Led Zeppelin’s epic ‘Kashmir’.

Filmed standing inside an underground carpark, Marcin Patrzałek is seen ripping through the classic hit from the band’s “Physical Graffiti” album with a stunning percussive fingerstyle leading Rage Against The Machine guitarist Tom Morello to tweet: “Some people are just really talented”. 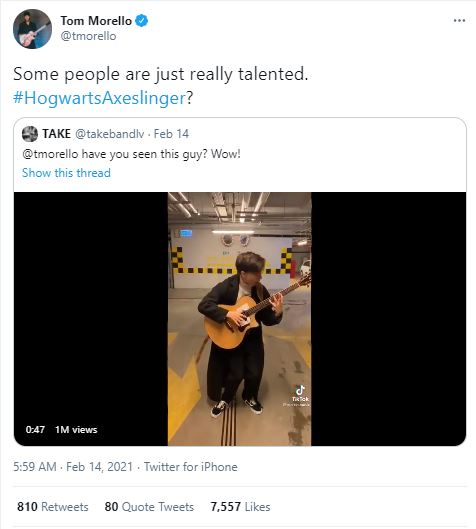 Rage Against The Machine guitarist Tom Morello to tweet: “Some people are just really talented”.Tom Morello/Twitter

The magazine added that Marcin “plays Led Zep’s Kashmir like the lovechild of Eddie Van Halen and Jimmy Page.”

Marcin, who started playing the classical guitar when he was 10 years old, quickly started experimenting with different playing techniques, such as flamenco and fingerstyle, leading to the emergence of his specific percussive fingerstyle type of playing.

He has since won talent shows in Poland and Italy and in 2020, he signed a contract with Sony Music Masterworks. 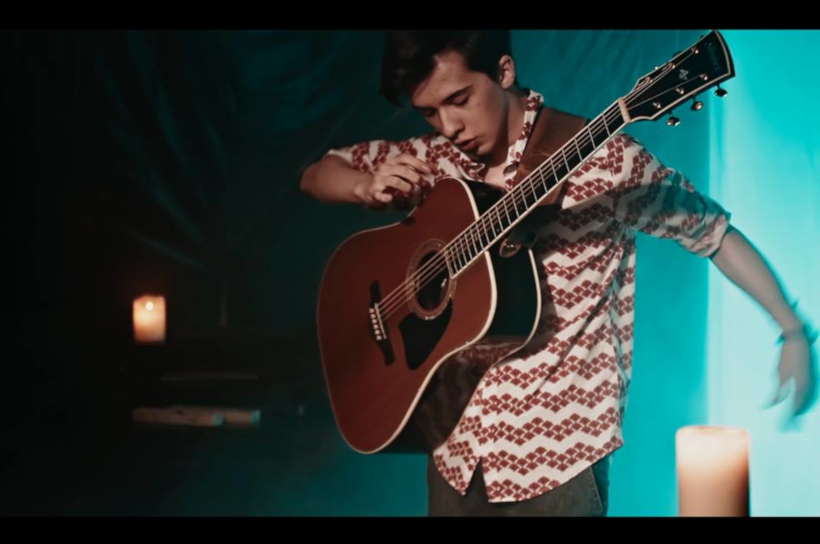 Word about Marcin spread around the Internet after his Toxicity arrangement got over 30 million views and his Paganini rendition over 12 million.Marcin Patrzałek/Facebook

“Kashmir” is just Marcin’s latest performance to make a splash on online.

His interpretation of Beethoven’s “Moonlight Sonata” has been viewed over 3 million times on  YouTube since he released the video last year.