K2 x 2 as man tries skiing down for second time

For most, climbing the second highest mountain in the world would be challenge enough. To then ski 8,611 metres down would be unthinkable.

But that’s exactly what Polish ski-alpinist Andrzej Bargiel is planning to do. Defeated by bad weather on the K2 mountain in the Himalayas last year, Bargiel is back in Pakistan to repeat the challenge.

Born in Łętownia in the Tatry mountains, Andrzej is ninth out of eleven children. And when he’s not climbing the highest peaks and skiing down them, he is a mountain rescuer working for the Tatra Volunteer Search and Rescue.

Before his second attempt at K2, the 30-year-old first plans to ‘warm up’ by doing the same thing on the smaller 8,035-metre mountain Gasherbrum II.

He said: “I hope the weather will let me do this, as I already know the way up. My main goal is K2, but before, still in June, as part of the acclimatisation process I would like to climb Gasherbrum II and of course ski down. It’s a low eight-thousander, so I think it will make for a good prelude to the primary undertaking.” 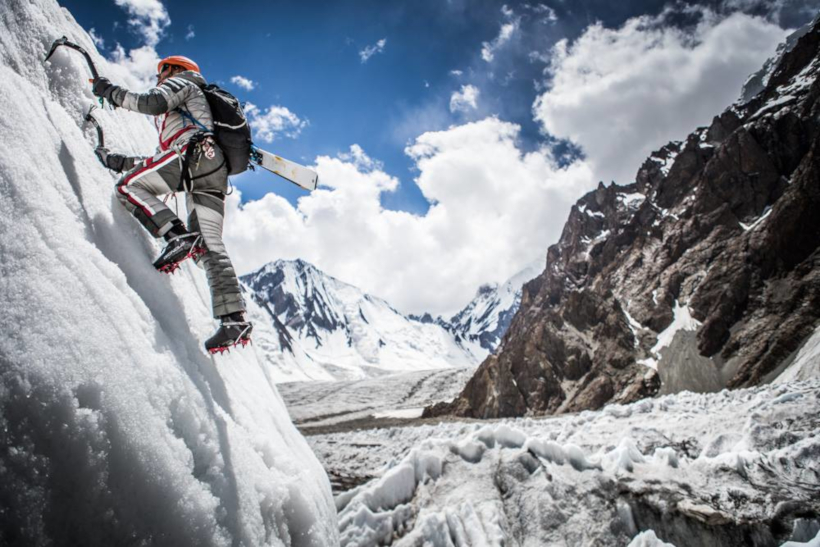 Climbing up the mountain
(www.marcinkin.com)

Andrzej, together with his teammates Janusz Gołąb, an experienced alpinist, his brother Bartłomiej, camera operator Piotr Pawlus, photographer Marek Ogień and four Pakistani helpers are already in the Karakorum range. Equipped with high-tech, such as reconnaissance drones, he says he is ready.

“I just think it would be a shame to waste the huge amount of work we already did. We need to use it as soon as possible, since the warming of the climate is causing noticeable changes in the glaciers there and coming back in two-three years would mean starting from the beginning and a needless waste of time,” he explained.

Sunt Leones K2 Ski Challenge (the name taken from the Latin phrase for uncharted areas ‘hic sunt leones’ eng. here be dragons) is just one in a series of expeditions Andrzej Bargiel undertakes annually. Starting in 2013, when he climbed and then skied downhill from Shishapangma (8027 m), each year he repeats this feat on a different mountain. In 2014 it was Manaslu in Nepal (8163 m), the year after Broad Peak in Pakistan (8051 m). 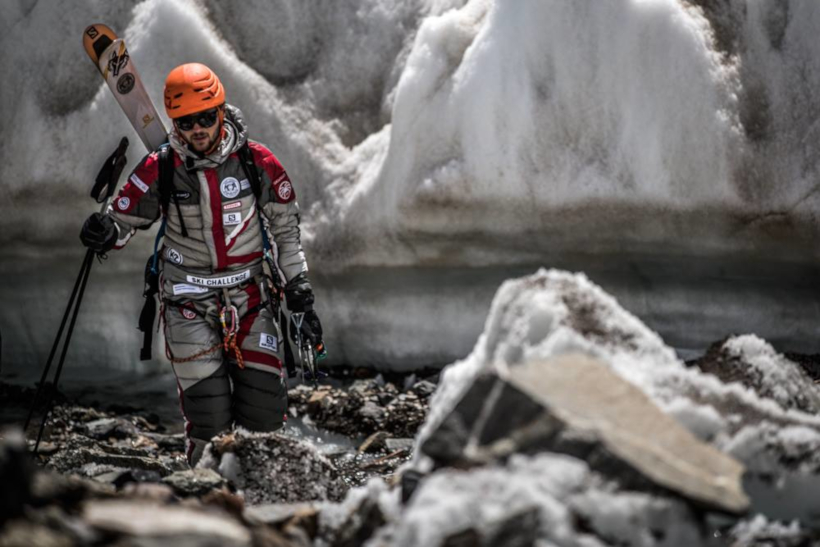 As amazing as reaching the top of those mountains is in itself, Andrzej was the first person in the world to ski downhill from Broad Peak and set a record time from base camp to summit at 14 hours 5 minutes and also record time for base-peak-base of 21 hours 14 minutes at Manaslu.

In 2016, it took him only 30 days to complete the ‘Snow Leopard’ - summiting five peaks above 7,000 m located in the former Soviet Union (setting another world record). Ibn Sina Peak, Peak Korzhenevskaya, Ismoil Somoni Peak (all three in Tajikistan), Khan Tengri (China-Kazakhstan-Kyrgyzstan border) and Jengish Chokusu (Kyrgyzstan) were no match for his boundless energy, which characterized Bargiel as a child and pushed him towards the mountaineering career.

Now the fastest man to climb Mt. Elbrus and three-time champion of Poland in ski mountaineering, Bargiel says he is determined and ready to become the first person to descend K2 on skis.