A Dutch-based architectural practice has thrust Mokotów into the spotlight after basing their winning entry to find a “library for tomorrow” in the southern Warsaw suburb.

Titled ‘The Book Tower’, the project was entered into Libgen, an international competition seeking to present “a new class of evolutionary libraries”.

Headquartered in Rotterdam, JOA (Just Open Architecture) was founded in 2014 by Canadian Jordan Yerbury and Chinese architect Kai Wang, and has since forged a name for their “rigorous experimentation” and “launching even the most abstract concepts into reality”. 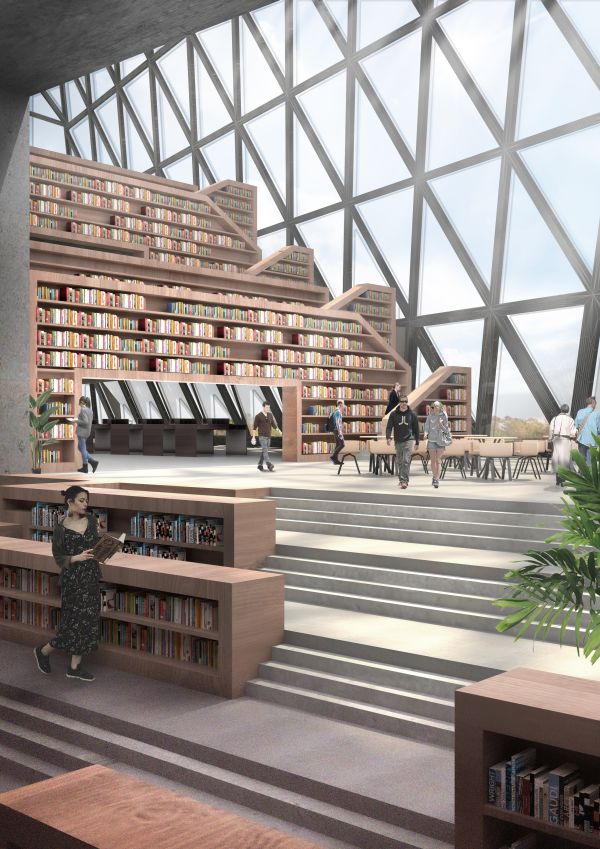 Despite its name, the library is just one component of the tower.JOA / justopenarch.com

Explaining why they chose Warsaw as the site of their project, the team behind The Book Tower justified their decision by crediting the Polish capital as being “a significant centre of research and development” as well as citing its high position in the QS Best Student Cities rankings and its impressive headcount of existing towers. Yet despite Warsaw having the European Union’s largest collection of skyscrapers, the architects noted that all of these lacked a specific cultural program.

To balance out this latter point, The Book Tower was their answer.

Measuring 13-storeys, and designed to look like a pile of books twisting upwards, the spectacular 21,000 square-metre glass structure would be intended to serve as more than just a mere library, but also as the city’s think tank and “a social platform for learning and development”. 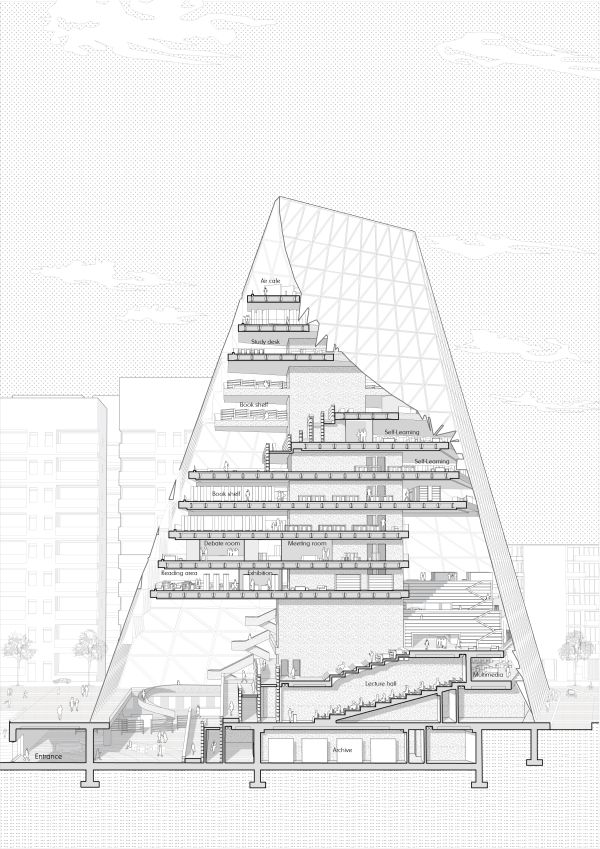 Though inspired by the Bible’s Tower of the Babel, the architects stress that this wasn’t due to any religious reasoning or symbolism, but rather rooted in their intention to foster a multinational community brought together by a desire for knowledge.

A separate communication zone, meanwhile, would be set aside for a TEDx lecture hall, co-working offices, broadcasting room and ‘social lounge’, while finally, a self-education space would include a conventional library, bookstore, newspaper and magazine archives, a conversation room as well as a viewing platform and top-floor sky restaurant and café. 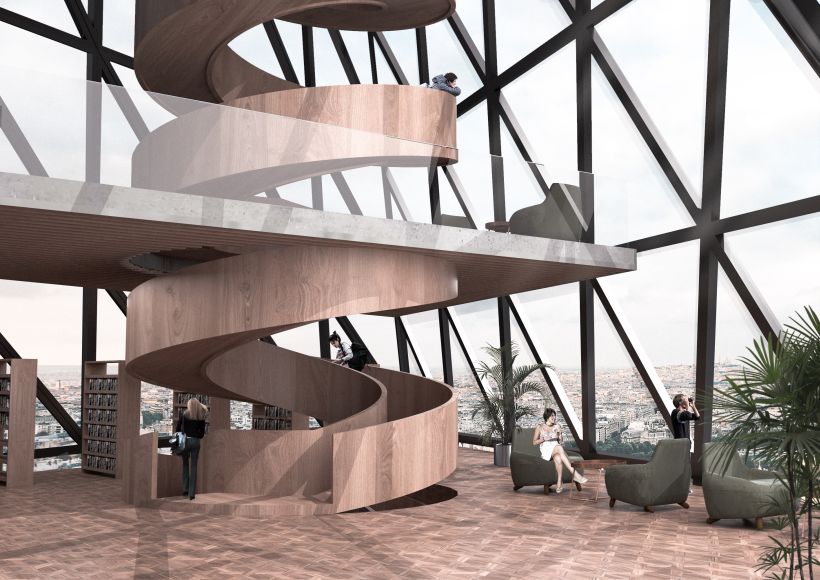 “The Book Tower is a new social tool,” said the judges.JOA / justopenarch.com

Neither is the tower’s size an ode to vanity, but instead meant as a purposefully visible reminder of the importance that should be awarded to learning.

Stunning in both its aesthetics and clarity of vision, the project scooped top prize in the competition with the jury – comprised of international architects Volker Kurrle, Willis Pember and Irene Marzo llovet – praising it not just for its innovative, forward-thinking approach, but also its potential to add to Warsaw’s quality of life. 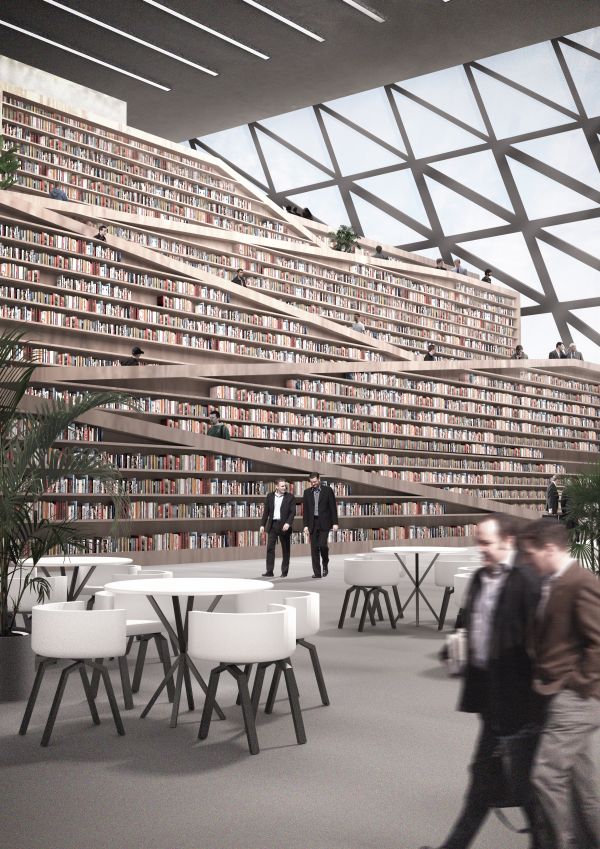 The tower is meant to be a purposefully visible reminder of the importance that should be awarded to learning.JOA / justopenarch.com

“The Book Tower is a new social tool,” read their judgement. “Anyone who enjoys knowledge can enjoy it and visit this open space. Therefore, the library’s new role will be to exchange thoughts in the shape of urban think tanks. Further, educational activities in the public domain are also combined with beautiful views of the city.”

Despite the conceptual nature of the competition and the project, the magnificent design has captivated professional critics and the public alike, and has found itself rapidly going viral after garnering mentions on such venerated portals as Archello, Architizer and Design Boom.