The Polish Order of the White Eagle which was stolen in the largest heist in history has reportedly been offered for sale on the dark web.

The red Maltese cross on a diamond-encrusted background was stolen from the Green Vault museum in Dresden last November along with other jewels estimated to be worth around EUR 1 billion in what is believed to be the biggest jewel heist in history.

On Friday last week, Israeli security company CGI Group released information that its staff had been offered the breast-jewel along with the famous Dresden White, a diamond-encrusted epaulette. 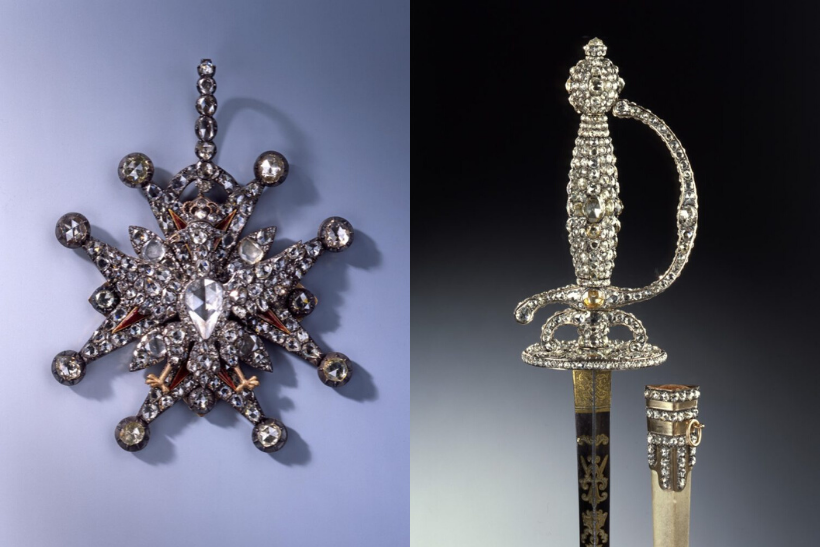 Also included in the haul is the Jewel of the Polish White Eagle Order (Diamond Rose Set) and Sword with sheath (diamond rose set). Owned by Christian August Globig (before 1747-98). Manufactured 1782-89, Dresden.SKD

The offer was made through a message sent over the dark web using encryption techniques to make the messages difficult to track.

CGI said that the sender of the message demanded EUR 9 million for the two items and that the amount should be paid in Bitcoin.

“We have the Dresden White diamond and the star of the Polish White Eagle. These items are left and will be returned for a price,” the message said. 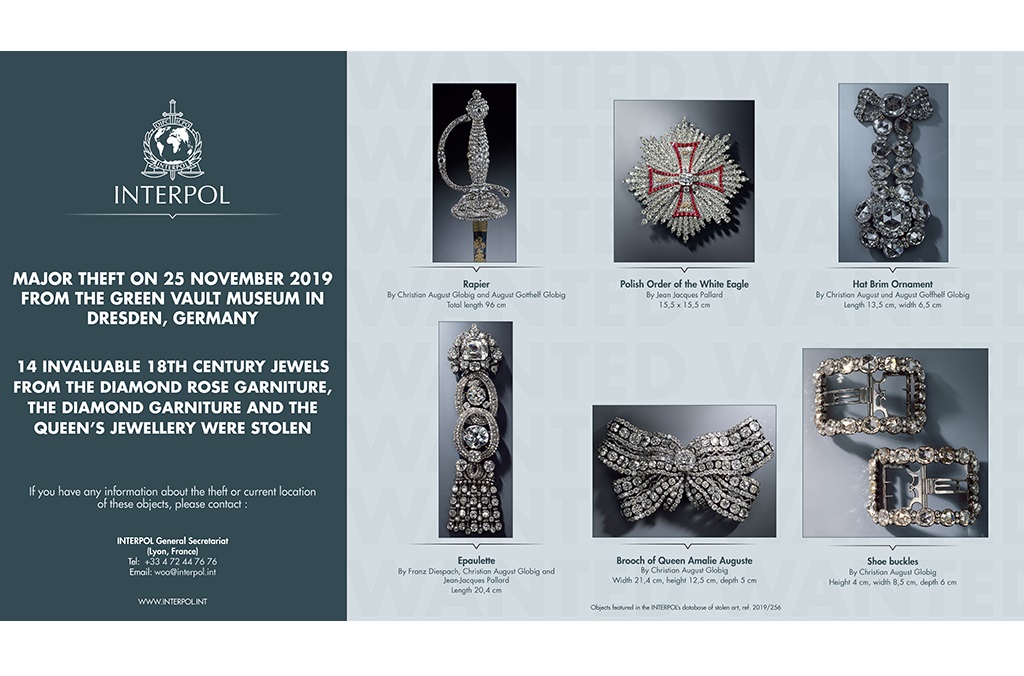 Over 90 jewels were snatched in an audacious heist from the Green Vault in Dresden, a museum which up to the robbery had contained the largest collection of treasure in Europe.Interpol“Please note we will not negotiate....You will not find us, don’t bother,” the authors warned.

If the offer is genuine, it will be a relief to the Dresden State Art Collections, the owner of the stolen jewels, as it was feared that the thieves would break the Baroque jewels into individual stones to make selling them easier, although this would reduce the total value dramatically.

Despite the jewels seeming to be intact, the demanded price is still much below their value. The Dresden White alone is said to be worth EUR 9 million. 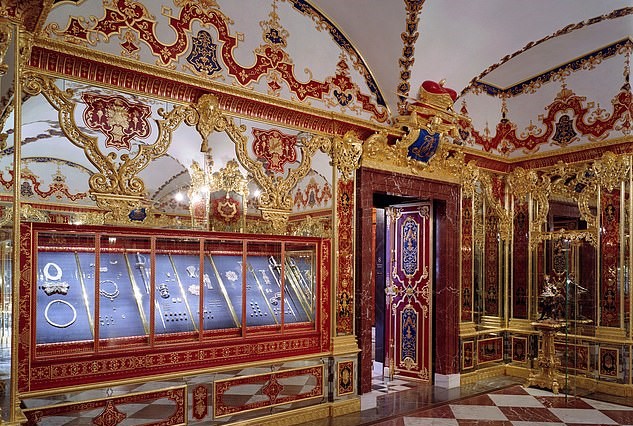 The thieves smashed this cabinet, containing the 18th-century jewellery, with an axe. SKD/Twitter

However, prosecutors in Dresden investigating the robbery are distancing themselves from the claims made by the Israeli company.

The prosecutors’ office said in a statement, "The investigating authorities have no indications that jewellery stolen from the Green Vault was offered for sale.”

The museum also denies claims by CGI Group that it was hired to investigate the theft.

The thieves entered the Green Vault through a small window via a ladder. After grabbing the jewels, they then sped off in a getaway car.

Both jewels were stolen along with over 90 others in an audacious heist from the Green Vault in Dresden, a museum which up to the robbery had contained the largest collection of treasure in Europe.

The museum claims to be the oldest in the world and it was opened in 1723 to display the private treasure chamber of the Elector of Saxony Augustus the Strong, who was also the elected King of Poland in 1697-1706 and again in 1709-33. 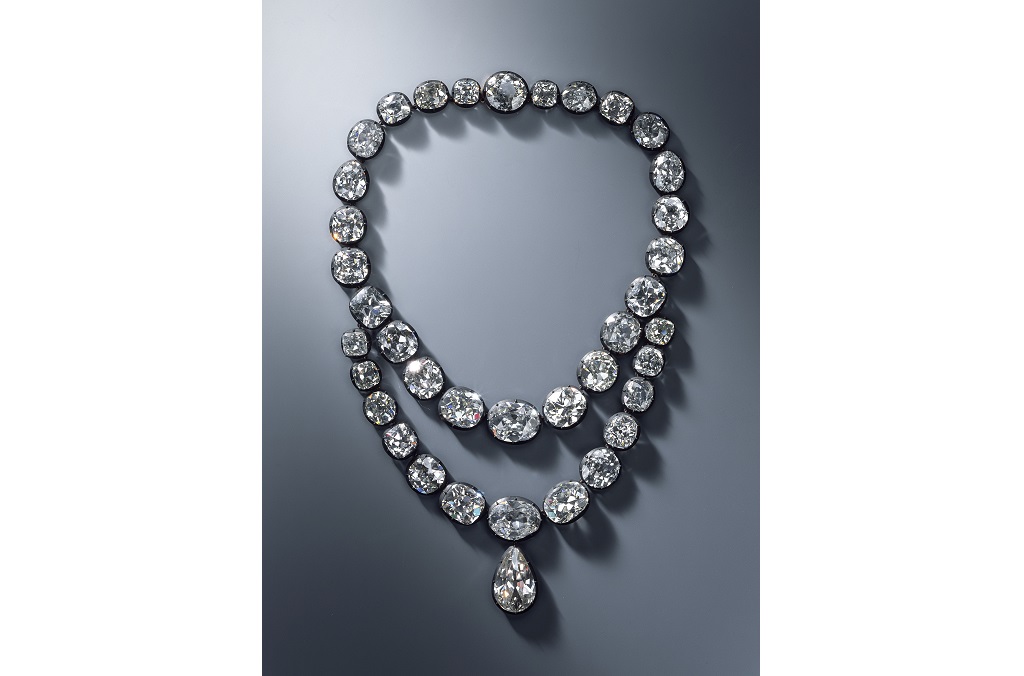 Wanted: One of the stunning pieces of jewellery stolen in November is this beautiful collier necklace belonging to Queen Amalie Auguste, by Ignaz Konrad PlodterlInterpol

The Order of the White Eagle is an insignia that was established by Augustus in 1705 in Poland, which he awarded to the most distinguished Poles and the highest-ranking representatives of foreign countries.

The award is still bestowed by the Polish president and is the highest Polish decoration and the oldest of those still awarded. 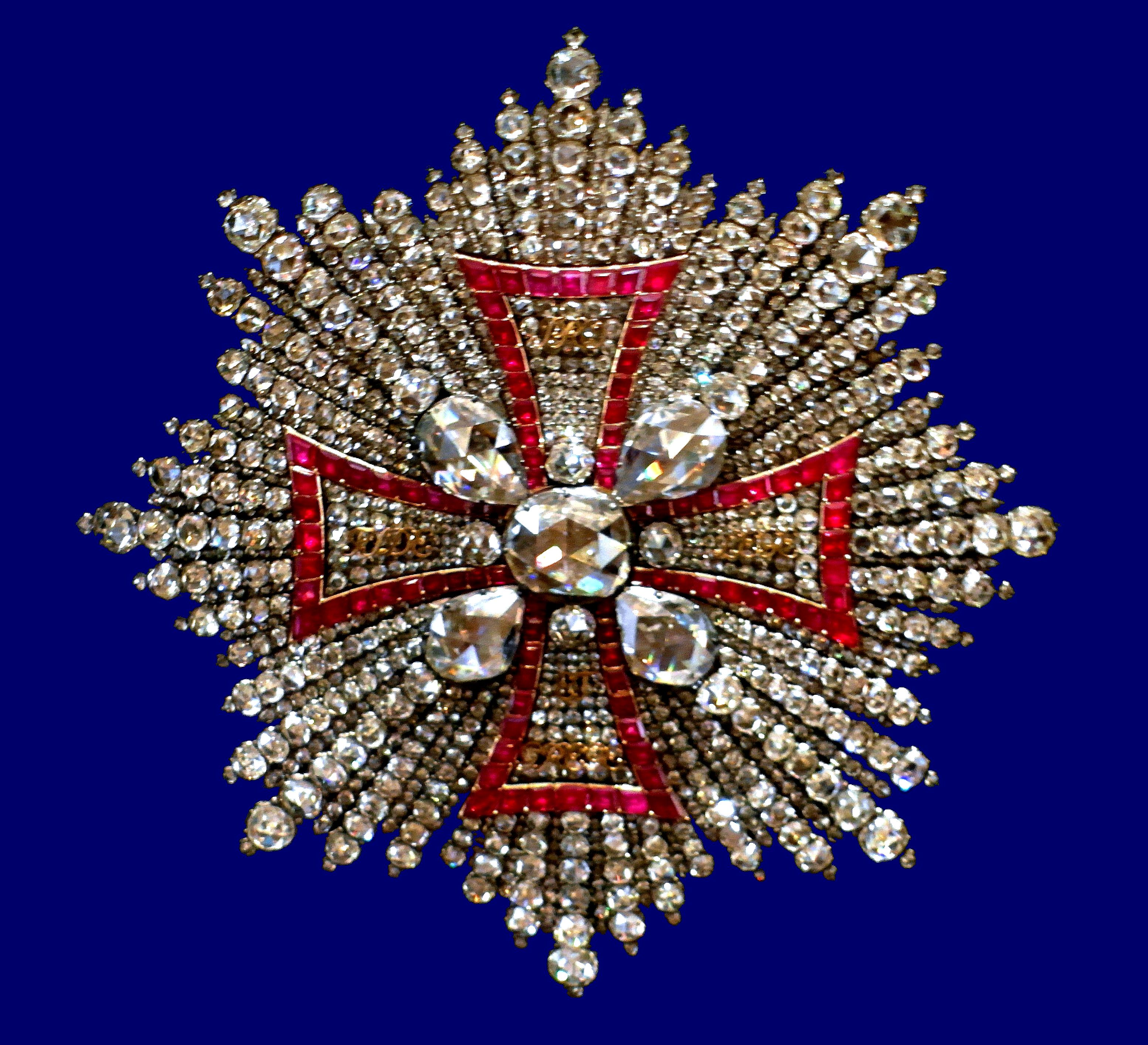 Star of the Royal Diamant Rose Garnitur of the Order of White Eagle of Augustus II the Strong is an insignia that was established by Augustus in 1705 in Poland, which he awarded to the most distinguished Poles and the highest-ranking representatives of foreign countries.Mathiasrex. Maciej Szczepańczyk/ CCA

The Green Vault was robbed by four people at the end of November last year. The thieves first cut off the power supply and then broke into the building through a window.

In total, almost 100 items were stolen worth around a billion euros in total. The police released a video of the robbery, showing how the thieves destroyed a showcase of valuables with an axe.

Baffled German crime fighters have offered a reward of half a million euros for help identifying the perpetrators and Interpol are also involved in the investigation.