It is a beautiful, warm and sunny morning in Warsaw’s attractive Żoliborz district, but in his apartment Jerzy Maksymiuk is already at work.

“I am working on Manuel de Falla’s ‘The Three-Cornered Hat’,” he explains. “It is such delightful music! When I look at those notes, I feel like I am in Spain, like I am in Seville at that very moment.”

His hard approach to work has made him one of Poland’s most famous and internationally recognised conductors. He founded the Polish Chamber Orchestra, and his international fame was cemented when he became chief conductor of the BBC Scottish Symphony Orchestra.

Sitting down at a wide dining-room table Maksymiuk opens the score he’s been working on. It is covered in a bewildering mix of red, yellow and blue strokes underling certain parts.

“There are many ways to get to the truth to get to the very essence of a musical piece,” he explains. “And this is my way - to divide whole score into separate segments. Some criticize it, others don’t.” 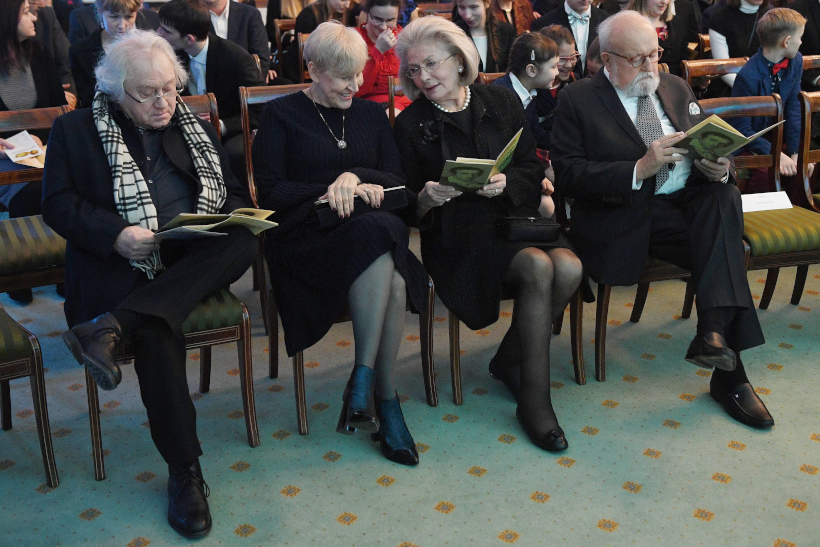 The score looks like an avant-garde drawing, helplessly trying to find a pattern.

“Look out the window,” he says. “Can you see that big old tree? Well, music is like a tree. Some people, who are not really into music see only the trunk. Others can see the complicated shape of the branches. The most inquisitive people can even find out that there are lots of leaves on these branches. And that every leaf is separated from the other, and has its unique shape.

“Now I’ll tell you what my job is like,” he continues. “Well, it is to find out, having counted all the leaves, the essence of the order in which they grow on the tree.”

This detailed approach to his work explains the meticulous, or as some say “back-breaking” approach the conductor has to rehearsals.

“They also used to say ‘Maybe he is a good conductor, but he’s so irritating.’ But, you see, for me it has never been about being irritating, but about being… inquiring.

“And, of course, it is about being creative. Ignacy Jan Paderewski once said ‘By being productive someone creates himself a new life. Creativity overcomes death.’ And I think it is perfectly true.” 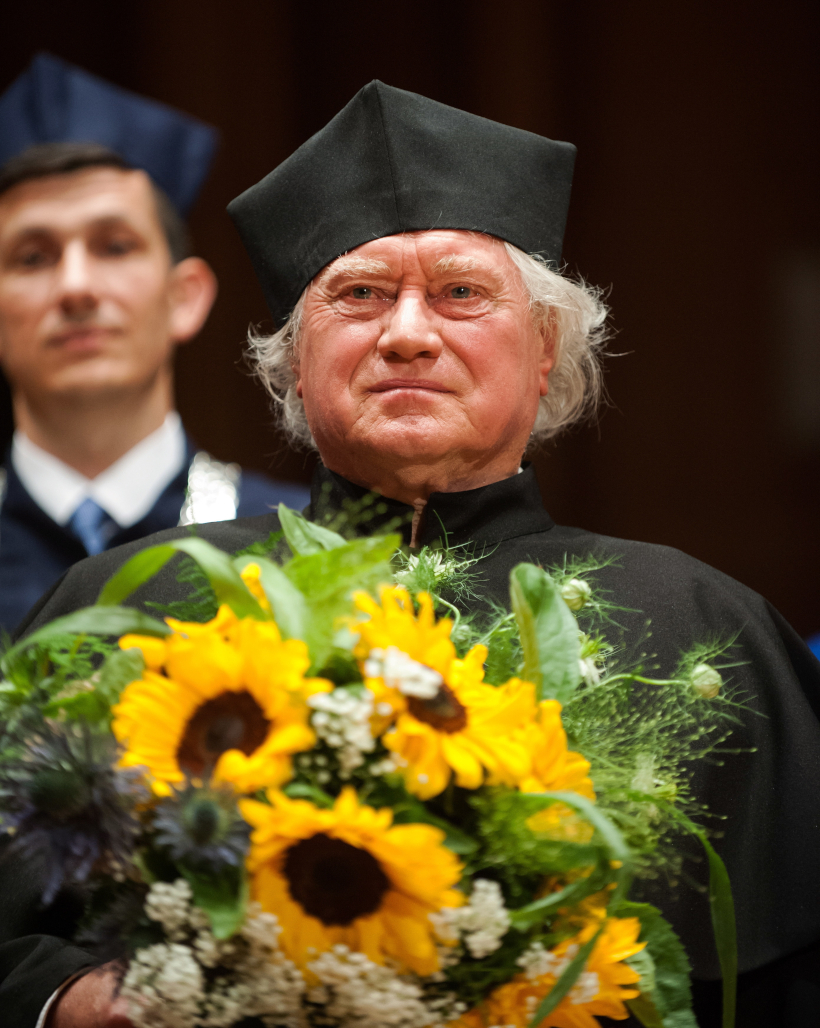 “Why is music so important?” I ask.

“Because, as I see it, out of all the fields of art – literature, visual arts and others – music affects us the fastest and the deepest.

“Once, I was working on Mahler’s Adagietto, and there was a friend of mine sitting beside me,” he explains. “She was, at the time, deeply in love, really deeply, as far as I know. And, after hearing only the first few notes from this Adagietto, she burst into tears. I am telling you - only music and nothing else on earth influences us, touches us, so profoundly.”

“Does it happen only with classical music?” I ask.

“No, I wouldn’t say that,” Maksymiuk replies reflectively. “One can be moved to tears by The Beatles’ ‘Yesterday.’ But, to me, there is a difference. When you listen to the music of the greatest classical composers, you are not only moved and touched by it but you can also feel - even as a humble and not so gifted human being - that you are a part of the composer’s greatness. And the careful listener is thus becoming greater himself.

“When you tell other people, that, for example, Beethoven was a great composer, it’s not enough to say that. It doesn’t necessarily appeal to people. When I want to underline is the importance of one of the greatest composers. I compare him to… the sun. Simply like that. The sun. An entity that is unique and we can’t live without it.”

But despite the attraction of being composer Maksymiuk has preferred to concentrate his talents on conducting.

“Maybe it’s only a minor reason, but still of some importance. It’s about recognition,” he explains. “When the real grind of composing a large, complex work, a symphony for instance, is over, you do not receive any instant applause. Whereas as a conductor, you can hear, right at the end of the performance, if the audience liked it. There is an immediate reaction to your hard work.” 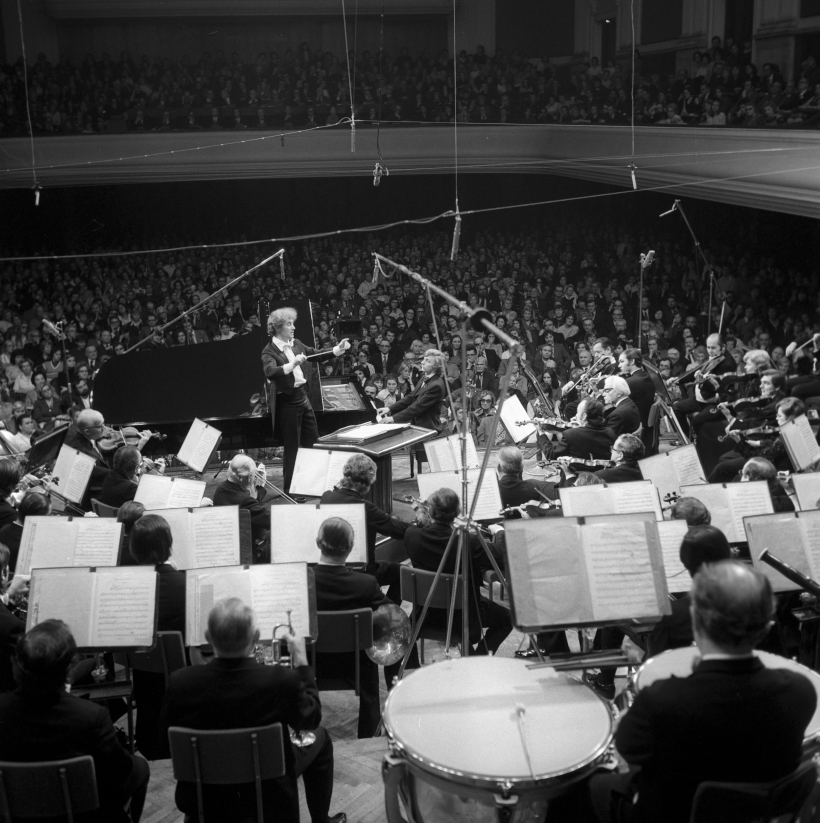 “But, let me ask you: don’t you miss composing?”

“Well, frankly, I would be very pleased, maybe even happy, if I could write, let’s say two pieces of music that would be performed,” Maksymiuk replies with a smile. “But, unfortunately, no one can give me this certainty.”

“But you have composed a lot of music,” interrupts his wife Ewa. “Only yesterday, I received a phone call from someone telling me to congratulate you on your film music. This person could hardly remember the director of the film, but he knew your score and appreciated it a lot!”

“I know,” says Maksymiuk. “I wrote music for nearly 150 short and feature films, but what I value the most, is the music written for its own sake. And I promised to myself that I’d find time to sit down and write a piano concerto. Maybe this is what I will be remembered for.”

But few doubt his abilities as a conductor will go unremembered.

“Every single move I did when conducting, every particular gesture, was necessary,” he says. “Once I even knelt down. But what really matters is that every gesture, even the strangest one, makes the orchestra produce precisely the sound I wanted.”

“He simply always does what he wants,” says Ewa, entering the conversation. “Once, in Scotland, he was invited to a party. And, all of a sudden, he disappeared. All men present started to ask where the maestro was. And suddenly, out of nowhere, he reappears, all wet, covered only with a towel. For him it was quite natural, he simply had to have a swim in a nearby pond after an exhausting rehearsal.” 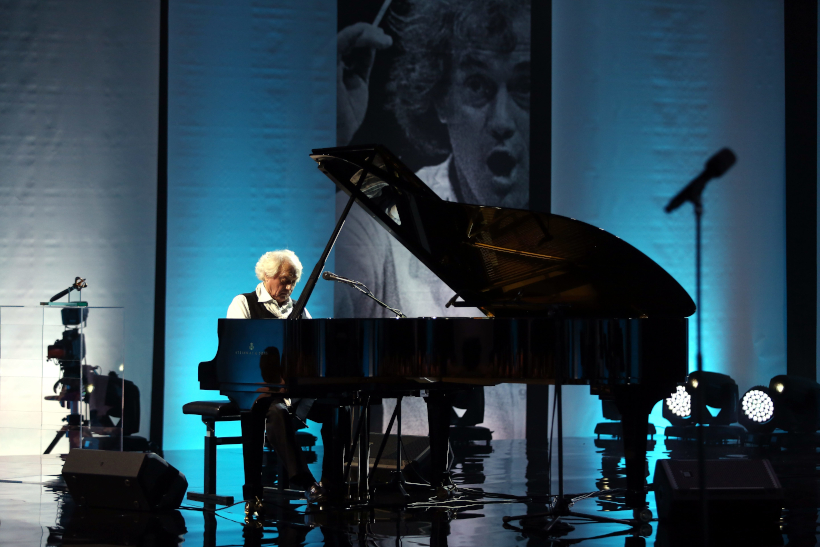 Jerzy Maksymiuk: I promised to myself that I’d find time to sit down and write a piano concerto.Tomasz Gzell/PAP

This uninhibited approach to life is also reflected in Maksymiuk’s reputation for possessing an unconventional dress sense.

“Generally speaking, he has quite a good taste,” declares his wife. “And he used to buy his clothes mostly by himself. He used to buy what he liked. For example: he loves sailor hats. So he tended to buy a lot of them.”

“And scarves!” the conductor adds. “I used to love scarves a lot!”

“Yes, scarves,” sighs Mrs. Maksymiuk. “I do not know where to keep all of them.”

“Yes, that’s true: I like collecting some objects, like cufflinks, fountain pens and perfumes,” he admits. “But it is not only about possessing things. It is more about learning about those things, so that I can get to the deepest level of knowledge about them, to know all about them.”

“Isn’t it the very same attitude as in the case of music?” I ask.

The maestro smiles and replies: “Yes, I think so.”