‘I’ve worked in Michelin kitchens, but now I’m on my bike delivering takeaways’: how leading chef turned lockdown nightmare into platter of success

Rather than firing his staff amid the current economic downturn, Polish chef and restaurateur Damian Wawrzyniak has responded to the Covid-19 crisis by hiring.

Already regarded in his home country as one of Poland’s leading entrepreneurial exports, the British-based chef had seen plans to take his “Pierogi Kiosk” brand global put on freeze by the lockdown – worse, the ensuing restrictions saw his award-winning Houses of Feasts restaurant draw the shutters on sit-down custom.

But instead of flipping the Closed for Business sign, the 40-year-old instead seized the opportunity to recalibrate his business. 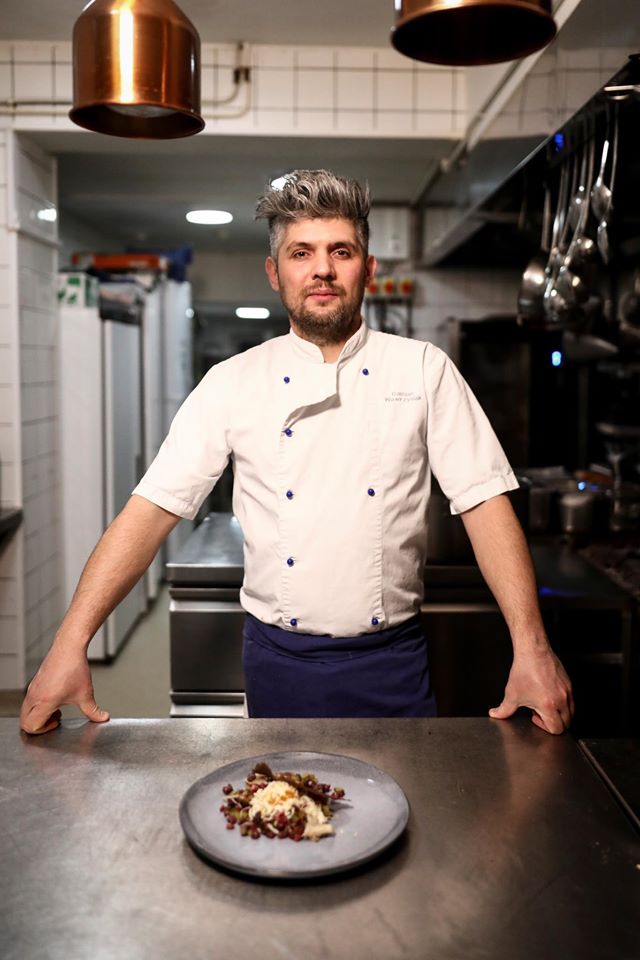 Wawrzyniak has become one of the best known chefs in Britain.Facebook

“When news of the lockdown came through I didn’t sit in a corner and cry,” he tells TFN, “I looked for a solution.”

Having hit rock bottom, numerous concepts were trialled and tested.

“I must have changed the restaurant three times in four weeks,” he says. “For a while, we were even operating as a glorified corner shop – with the stores empty, I started selling all the surplus flour and toilet paper we had. I wasn’t profiting on these goods though, and that earned a certain degree of trust among the locals in the village. I helped them when they needed it, and now they’re helping me.” 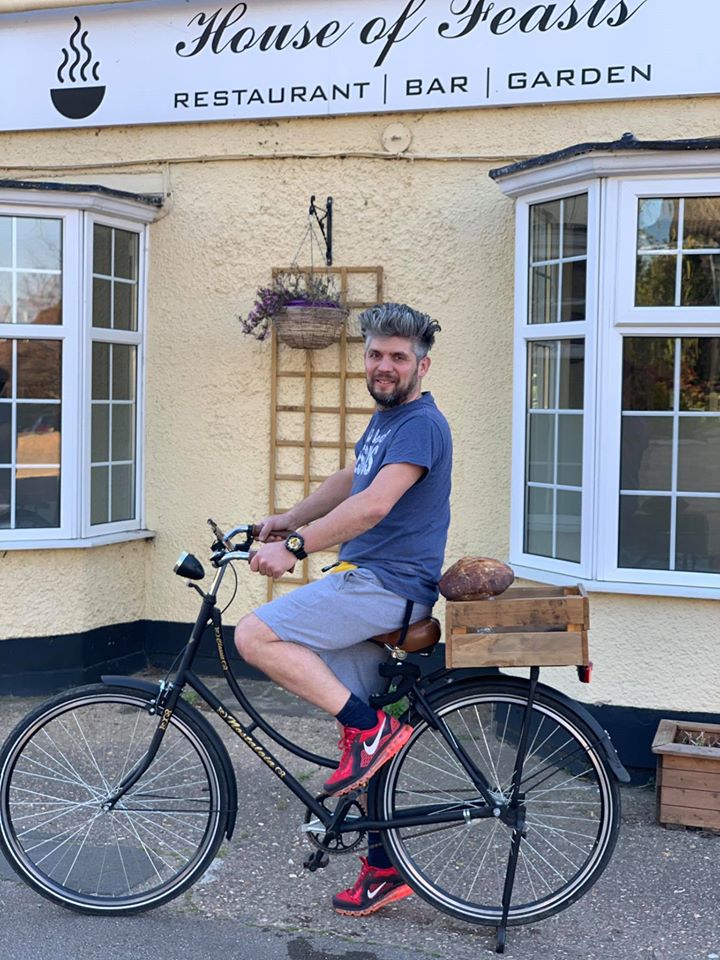 With his restaurant closed he has taken to delivering fresh bread and meals by bike.Facebook

Adapting to the new reality has meant drastic changes. Within 24-hours the cellar found itself emptied and repurposed as a bakery, and Wawrzyniak himself took on delivery duties on his bike. From despair came hope.

“We started out baking twenty or forty loaves a day,” he says, “but now we’re knocking out up to three hundred.”

Other sales, too, have jumped. 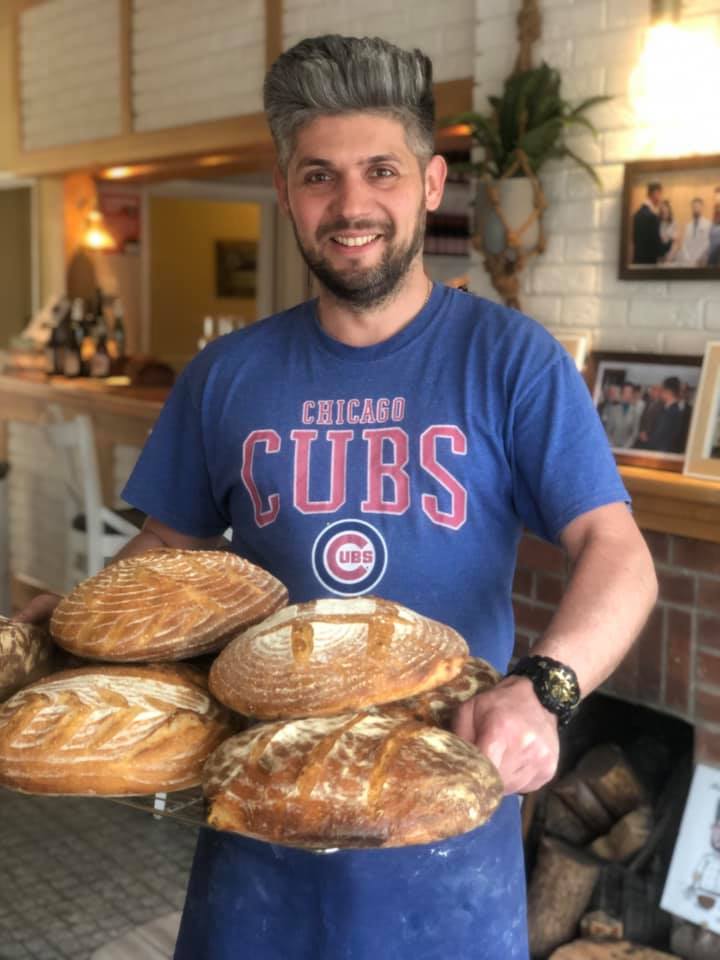 “We started out baking twenty or forty loaves a day but now we’re knocking out up to three hundred,” he says.Facebook

“Our takeaway Sunday roast has been super successful,” he says. “Before we’d do 70 to 90 covers on a Sunday, but now we’ve actually doubled our sales – in fact, for Mother’s Day we sent out over three-hundred roast dinners – we’re busier than ever.”

In this regard, the support of the local community has been invaluable.

“I think before the lockdown about 80 percent of the village hadn’t eaten my food,” he says, “now I reckon everyone has! We’ve definitely hit on a new market.”

New markets have also been untapped further afield. Beginning a nationwide delivery service a few days ago, the Cambridgeshire-based chef has been hit by a deluge of orders from Birmingham, Manchester, London and so forth. “I’ve even had enquiries from Barcelona,” he adds. 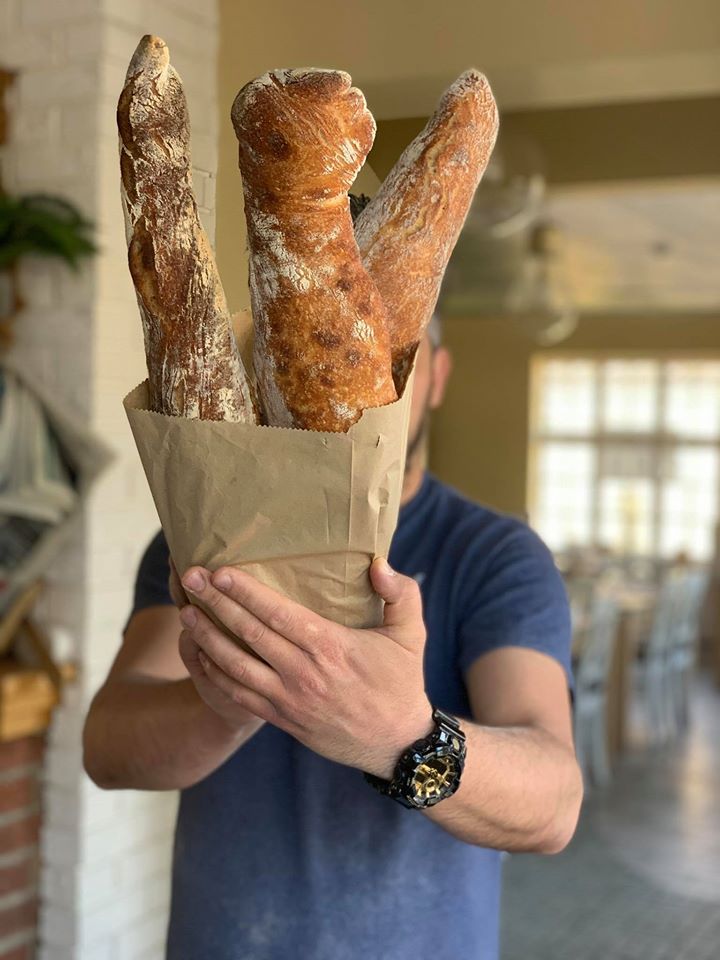 Beginning a nationwide delivery service a few days ago, the Cambridgeshire-based chef has been hit by a deluge of orders.Facebook

Already fulfilling around 130 deliveries each day, that figure is slowly growing as word continues to spread.

“Our team have got it down to a tee now and are working like a well-oiled machine,” says Wawrzyniak. “I’m confident the brand will come out of this stronger than before.”

That Pierogi Kiosk and House of Feasts have emerged from the wrecked financial landscape with a swagger has not been an accident, rather the result of pro-active action born from Wawrzyniak’s own upbringing. 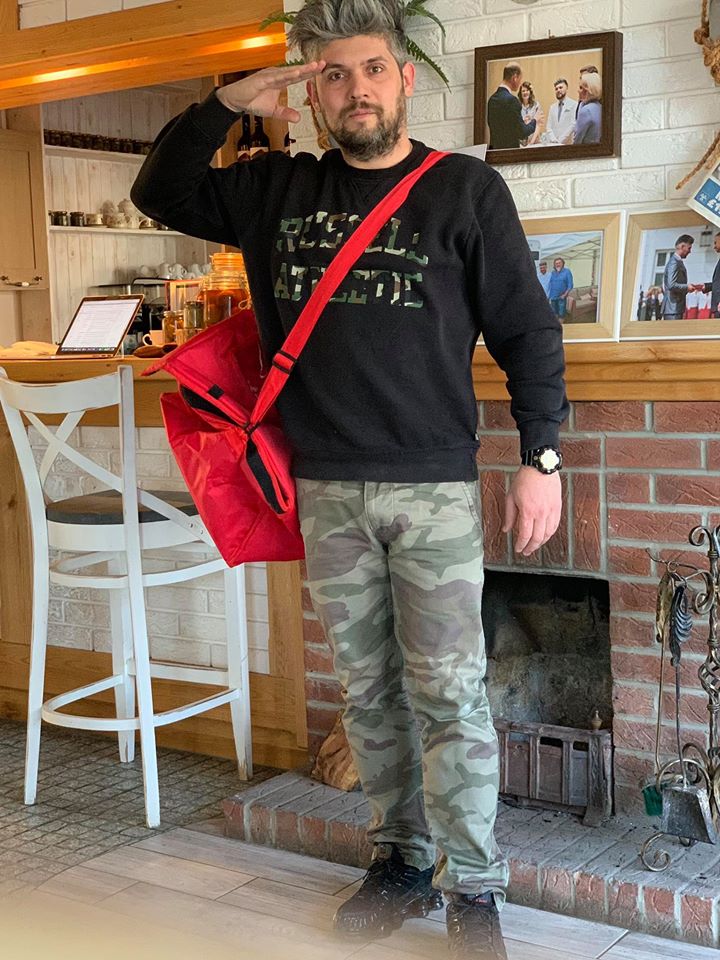 The restaurant is now handling 130 deliveries a day.Facebook

“I grew up with the value of hard work drilled into me by my father,” he says, “so when the lockdown was announced I knew I had to do something. I wasn’t going to rely on state handouts – besides, as a Pole it’s natural for me not to trust anyone in government!”

Refusing to cut any of his staff from the payroll, and now in the active process of expanding his workforce, Wawrzyniak’s behaviour has not been lost on the public. Responding to news that Gordon Ramsay had sacked 500 workers, one Twitter user was moved to write: “In a world of Gordon Ramsay’s, be a Damian Wawrzyniak.”

“It angers me a bit to see the top Michelin restaurants not opening,” he says. “The way I see it, you either want to survive or you don’t. I think some people are being lazy by just closing. Who knows, some have rich backers so I guess they can afford to sit in their garden taking pictures of their barbecue for Instagram, but there’s others that just haven’t bothered trying to find ways to make things work.

“Personally I strongly believe that the first thing chefs and restaurateurs need to do at this time is put their ego in the bin. I’ve worked in Michelin kitchens, but now I’m on my bike delivering takeaways. Am I ashamed? No way! I’m proud of it.”