A Warsaw-based cyclist has just completed a 400-kilometre journey in four days through the wilds of Siberia despite temperatures as low as -60°C.

Valerjan Romanovski, the holder of numerous Guinness World Records, pushed the limits of human endurance by riding his bike through one of the most unwelcoming places on Earth. Alongside Romanovski his colleague Piotr Marczewski walked over 150 kilometres through the Siberian wilderness as part of the ‘Oswajamy Żywioły’ (Taming the Elements) project. 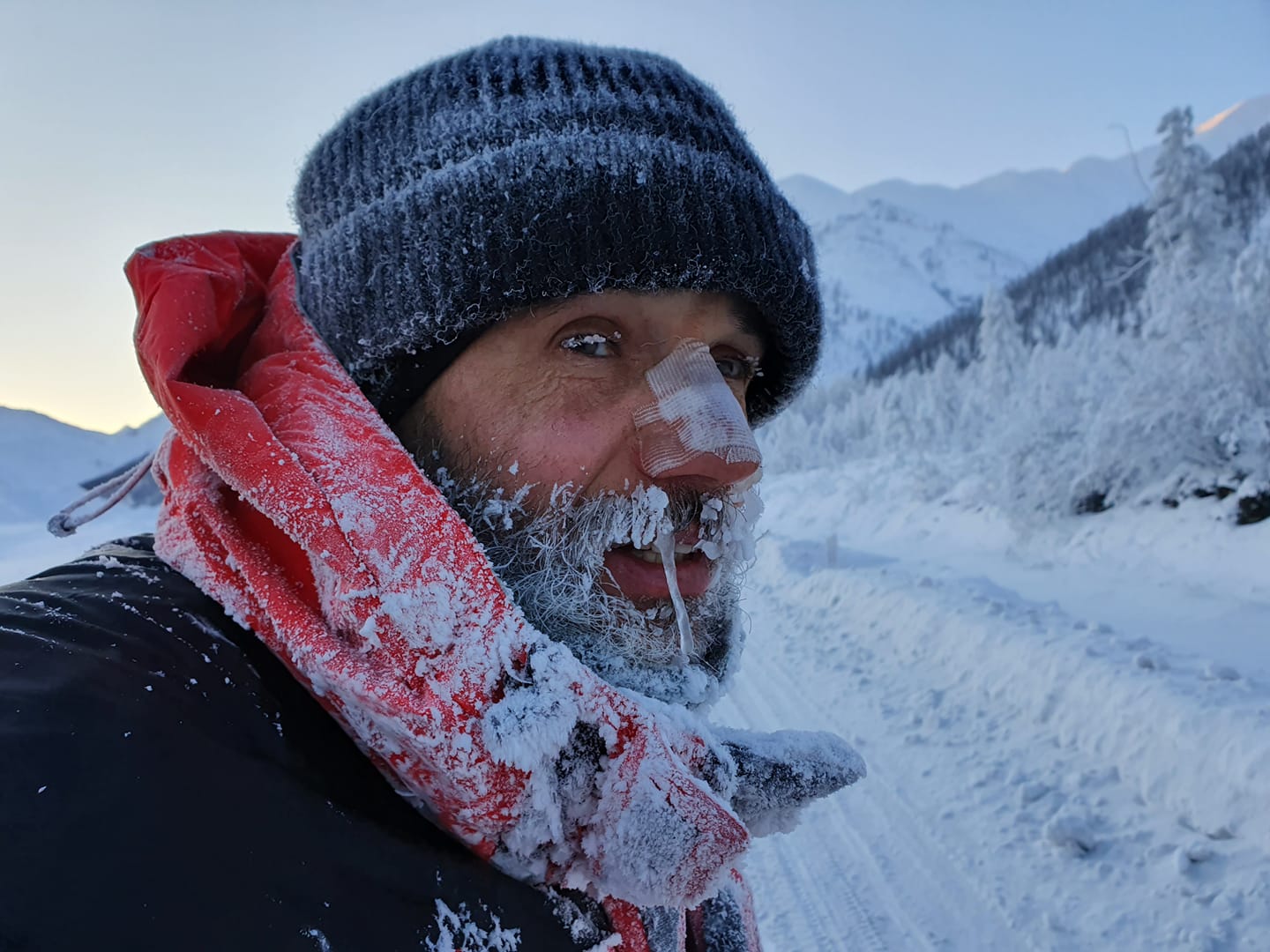 The weather could inflict real damage on the body.Valerjan Romanovski/Facebook

On January 21, Romanovski, Marczewski and the supporting Medyk Rescue Team, started their expedition from Oymyakon in eastern Siberia to Yakustk. To get ready for the endeavour the pair even took a plunge into water despite it being -50°C. Given his slower pace, the first to depart was Marczewski who was pulling a sledge containing all his equipment. 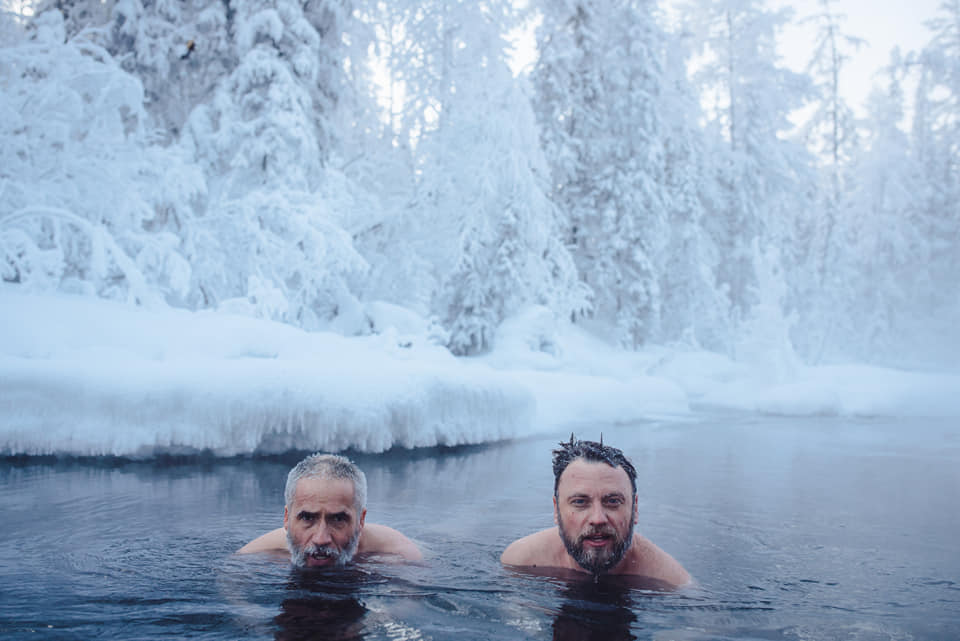 Reminiscing about his journey, he wrote on Facebook: “I'm wandering all alone. The temperature reaches -65°C. I'm surrounded by the huge taiga, which overwhelms me. On the left, I can see the endless snow, which stretches to the horizon. Behind this very horizon the sun starts to look lazy, slowly revealing endless forests and the high Verkhoyansk Range, towards which I am heading. I also see traces of wild animals, so many they make me realise I’m only a guest here.”

Wild animals were a constant companions to the two daredevils, be it wild horses or even packs of wolves. 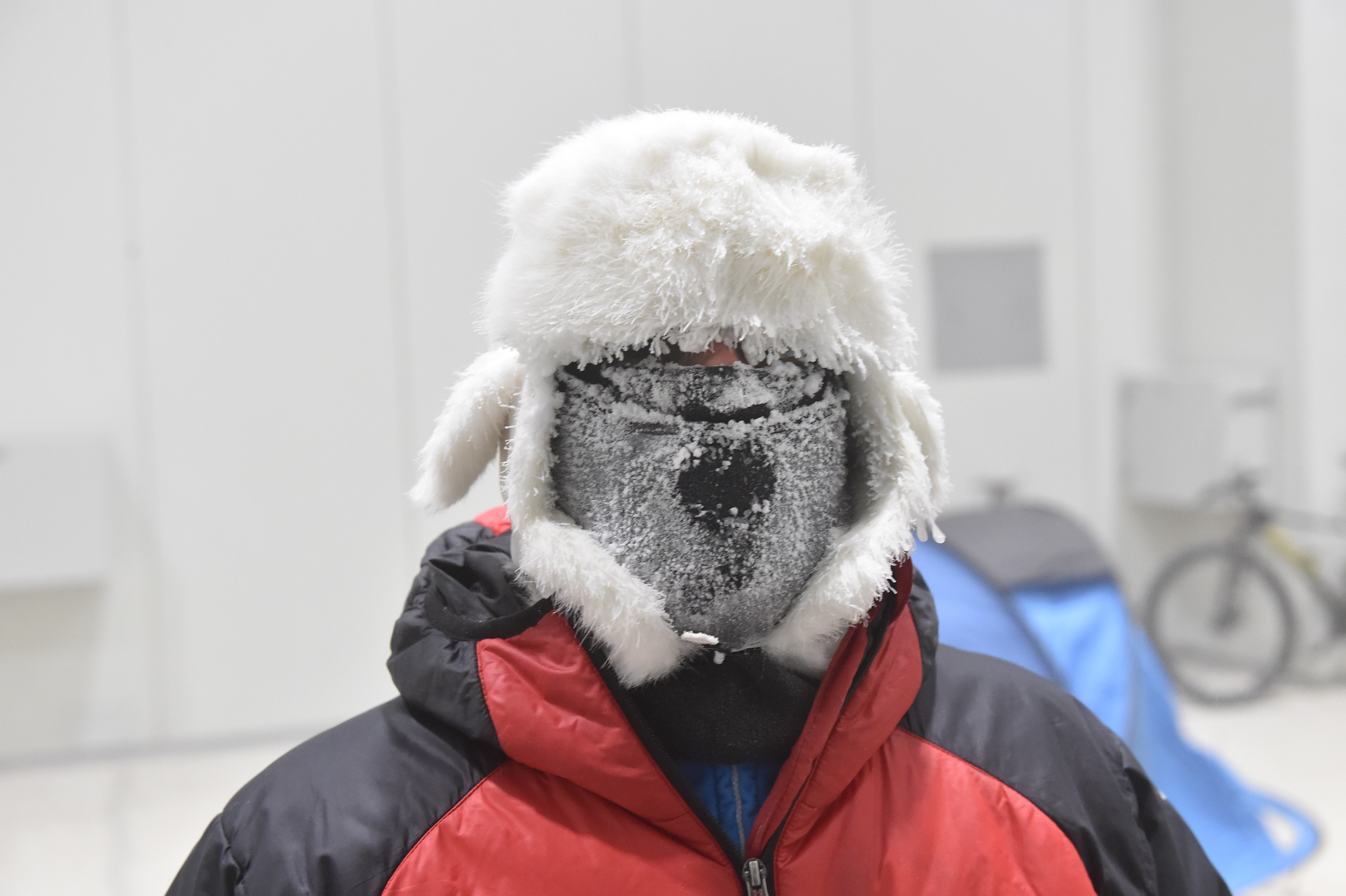 Deep freeze. Romanovski preparing for an ice-cold adventure in a special facility in Kraków.Jacek Bednarczyk/PAP

For the extreme cyclist, the initial plan was to cover 1,000 kilometres, which proved impossible given the conditions in a Russian republic known for having the point where the lowest temperatures in the Northern Hemisphere were ever recorded. The icy roads and snowdrifts also slowed his pace significantly. While travelling 100 kilometres a day in the freezing cold, Romanowski was also struggling with his equipment and even inner motivation. 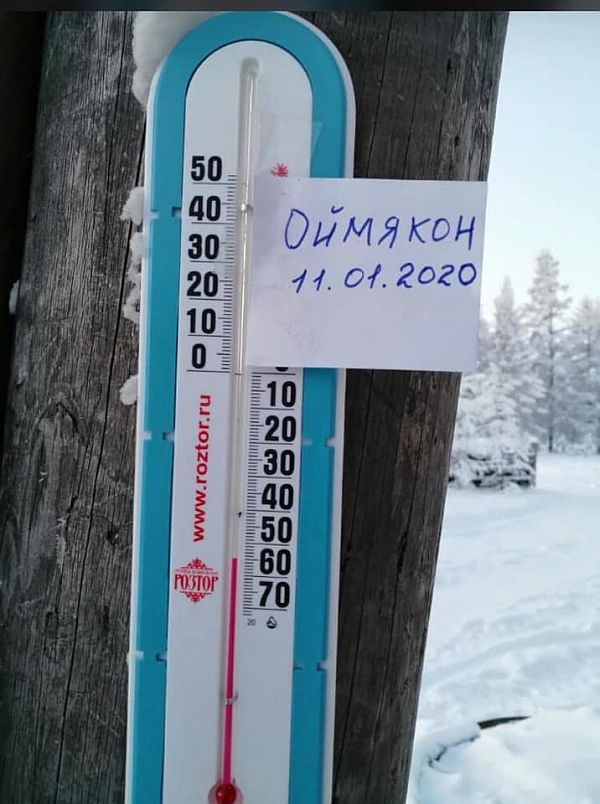 A thermometer shows just how low the temperature can go.Valerjan Romanovski/Facebook

He wrote on Facebook: “What are the limits, and what are possibilities, of the human body? Sometimes I ask myself this question. And because I don't like unanswered questions and I’m curious, I experiment on myself. I start with my imagination, I try to focus on the task before me. The mind defends itself, advises against it, and presents arguments to discourage me. I understand it; it’s right. It defends itself against the unknown, worries about me (or appears to do so), it’s cunning.”

Despite the internal conflict, Romanovski has proved time and time again that he is more stubborn and determined than any of his doubts. 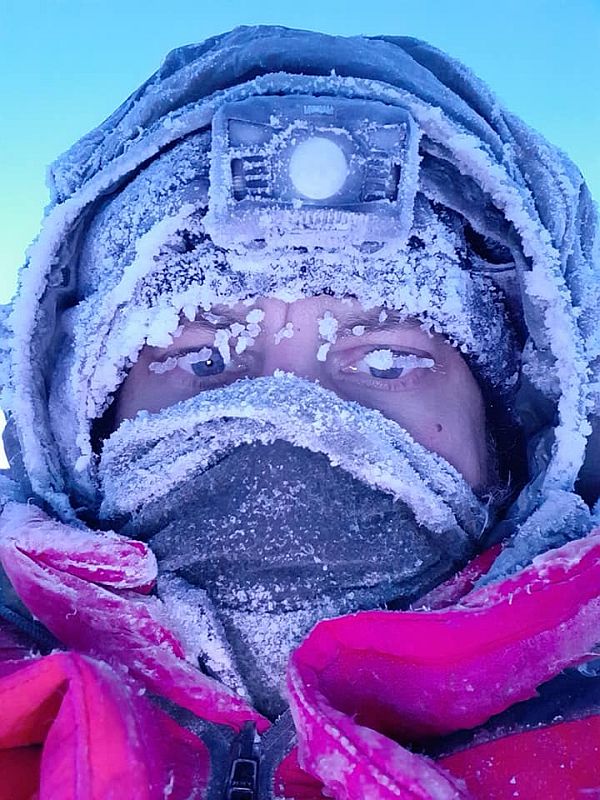 What proved to be the biggest challenge, was hydration. All the water supplies they had would freeze instantly, so it was almost impossible to drink anything more than a few drops. Using portable stoves was a last resort because it would slow them down.

All along their journey, Romanovski and Marczewski were being monitored by a group of medics from the Medyk Rescue Team. Checking in every six hours, they would make sure the two men were fit enough to continue.

Romanovski and his team are planning to return to Poland on Saturday. Marczewski is a computer scientist and entrepreneur, survival instructor and an enthusiast of extreme ice plunges. In 2019, he assisted Romanovski in breaking the record for longest time spent at –100°C. He spent over six hours standing in a special chamber, and left it without sustaining any damage to his body. 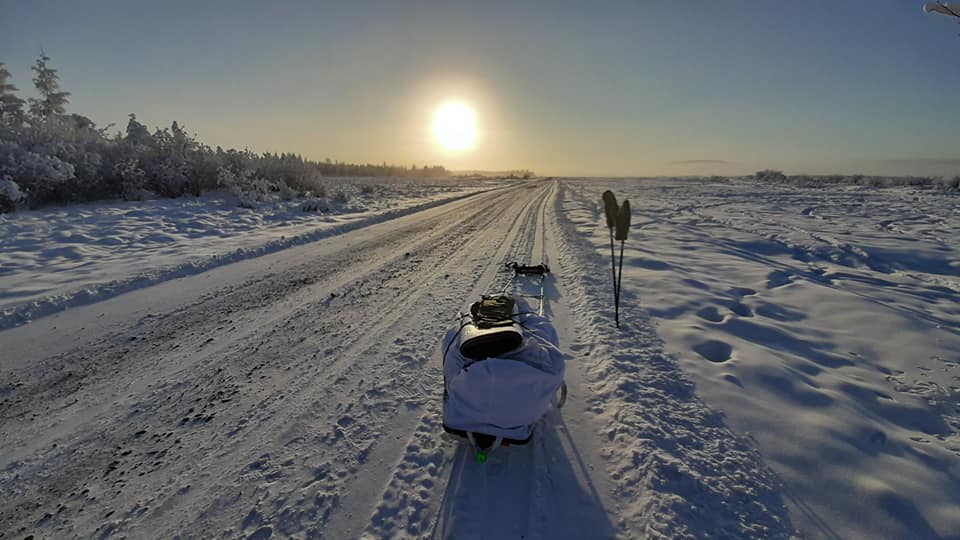 The 44-year-old Romanovski was born near Vilnius, Lithuania and has lived in Poland for over 25 years. Apart from his extreme sport achievements, he lectures at the Warsaw University of Life Sciences’ Department of Wood Technologies. It’s hard to keep track of all the Guinness World Records he has broken, as some are still being verified or require completely new categories. Suffice to say he covered the longest distances on bike in 12, 24 and 48 hours both in temperatures above 30 and below -45 degrees.