A Katowice-based artist has captured the imagination of Poles far and wide with his stunning images of Silesia that present the nation’s industrial heartland in an enchantingly whimsical manner.

Though failing to complete his formal artistic education at Katowice’s Academy of Fine Arts, the work of Grzegorz Chudy has since gone viral, captivating the general public with its dreamy interpretations of the country’s deep south. 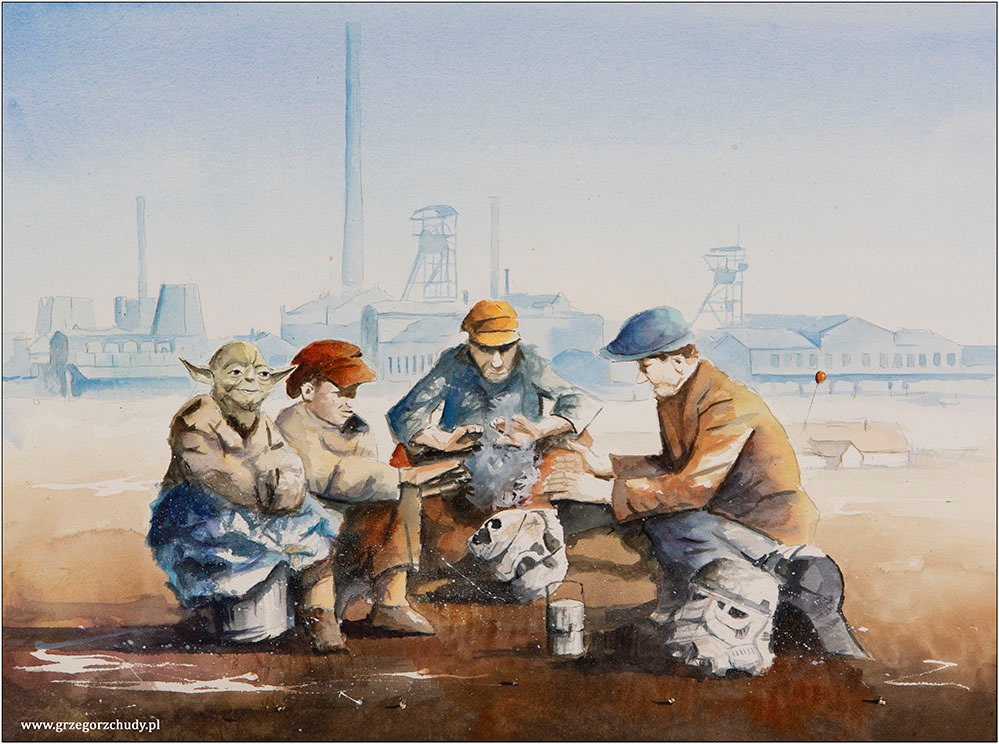 In some of Chudy’s work Star Wars characters make an appearance.Grzegorz Chudy 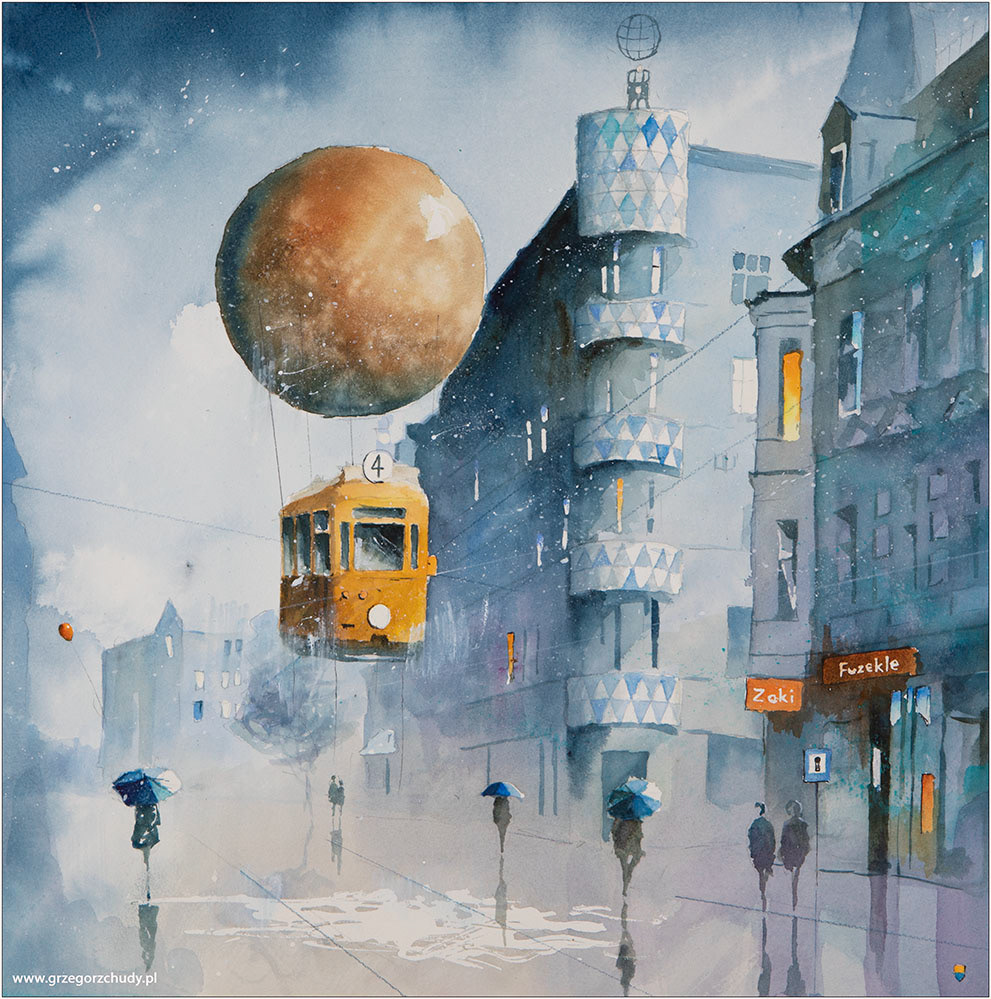 “I’d describe my personal artistic style as something between magical realism and children’s illustration,” he tells TFN, “and though I started my painting adventure by depicting Poland’s Eastern Orthodox churches or scenes from Brittany or Italy, I found that my home region, Silesia, was a real treasure in itself.

“It’s perhaps not the easiest thing in the world to find beauty in Silesia or Katowice,” he continues, “but once you start paying a little more attention you can find inspiration in practically every detail – old coal mines, traditional dwellings, the Art Nouveau tenements and so on. It would take decades to paint everything!” 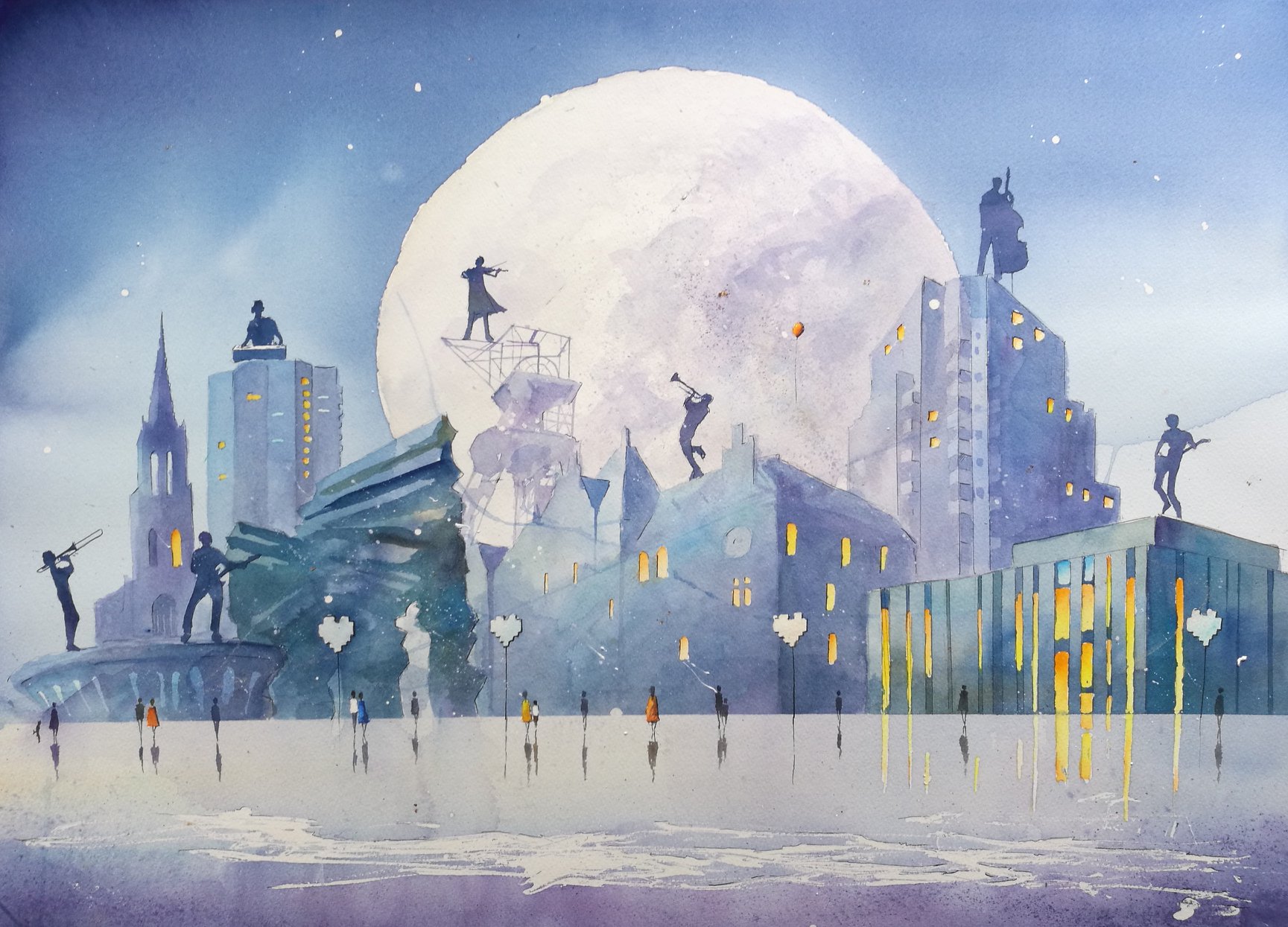 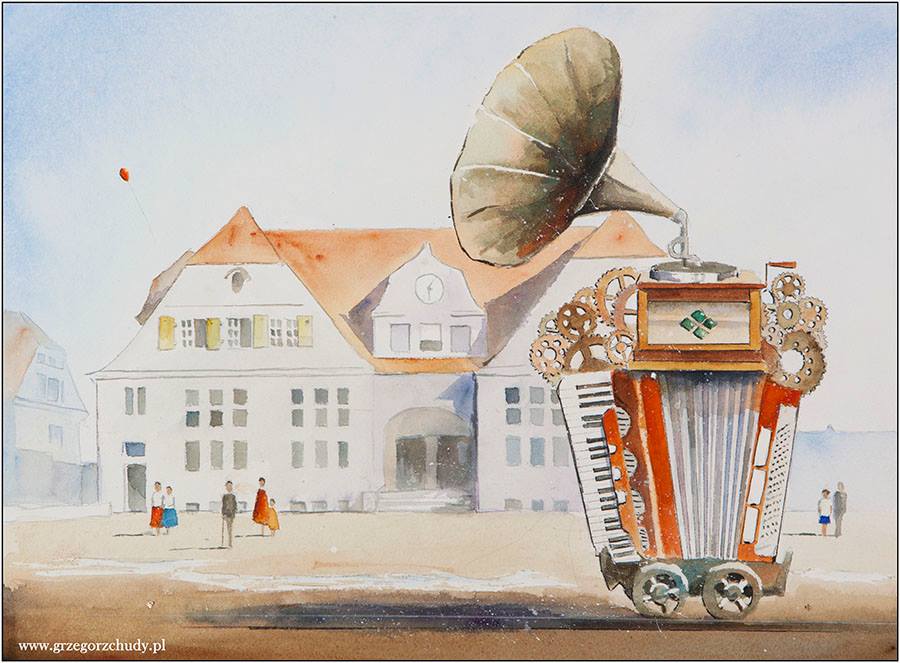 Seeking additional ideas and inspiration from poetry, old postcards and photos and children’s stories, the scenes he presents show a surreal, gentle world, one in which single red balloons float off towards nothingness, where giant moons hang suspended over still cityscapes or where a solitary masked cyclist pushes a piano on his bike.

“Honestly,” says Chudy, “there is no intended symbolism or meaning behind these elements that I like to introduce and in my opinion, there is no right or wrong way to interpret art – so if someone wants to think that a solitary red balloon in one of my works represents love, a wish, a dream or something that’s been lost, then they’re absolutely right.”

But these aren’t the only bizarre details to wriggle themselves into Chudy’s pictures. 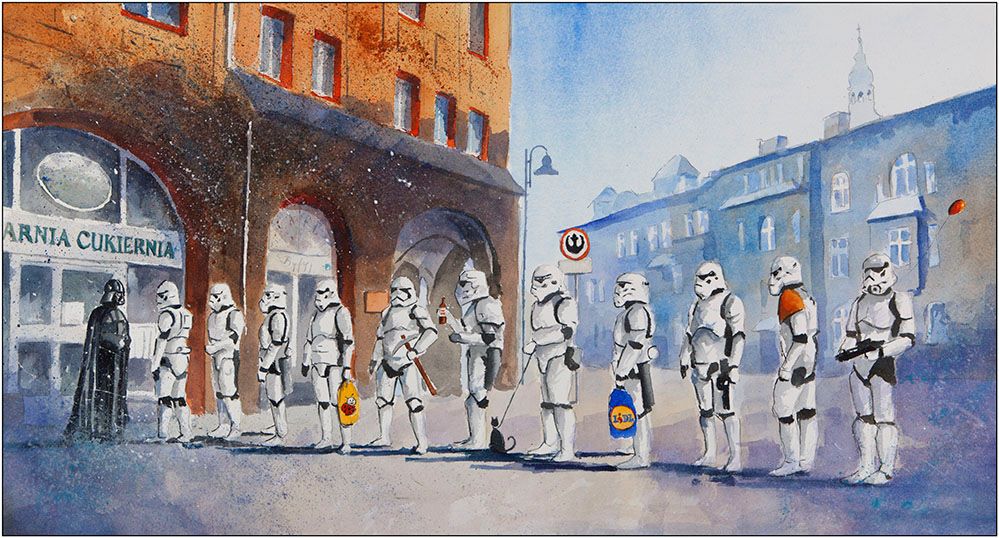 Stormtroopers queue up for some donuts.Grzegorz Chudy 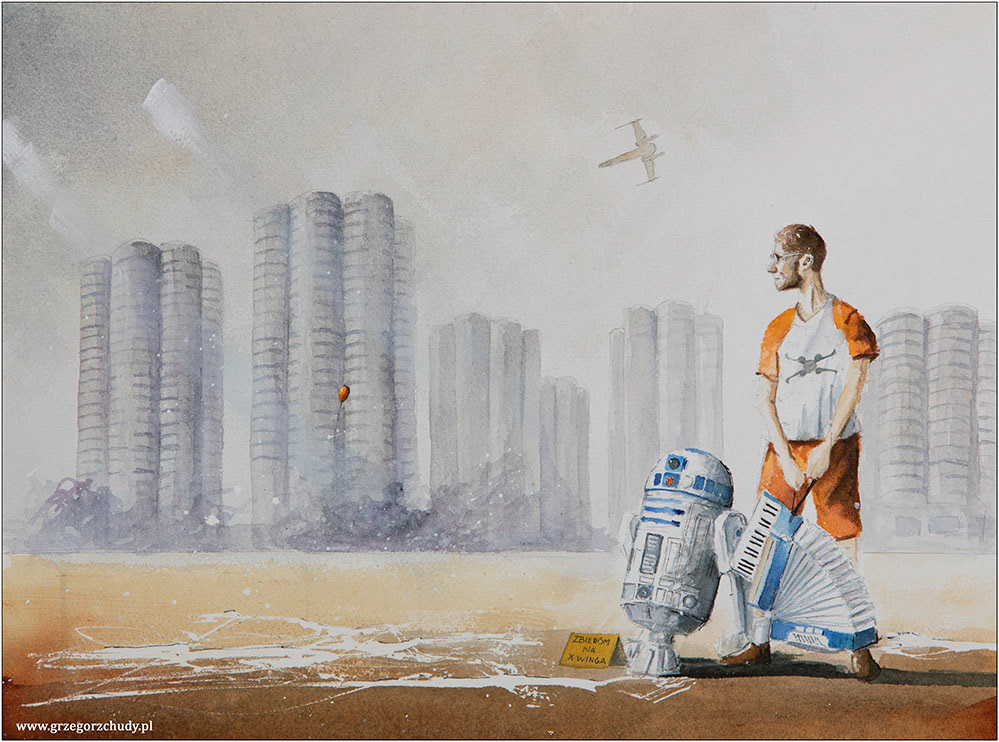 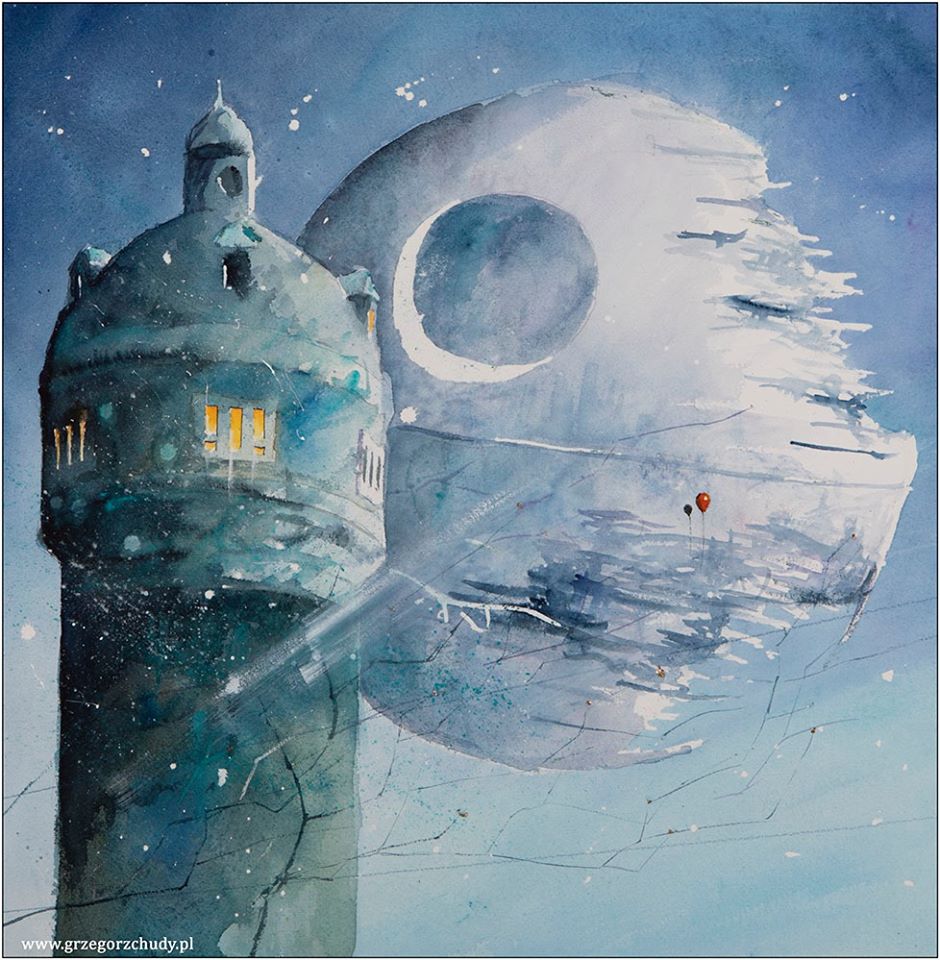 In some, Katowice’s famous apartment blocks have been reimagined as keyboards, in others, giant accordions mounted on mechanical wheels sit on the roadside.

One series of watercolours, meanwhile, thrusts Silesia into a parallel Star Wars universe in which characters and contraptions from the film series are mingled into scenes otherwise typical of the area.

These, though, pale next to other absurdities such as Chudy’s ‘beboks’, strange black creatures derived from Silesian demonology. 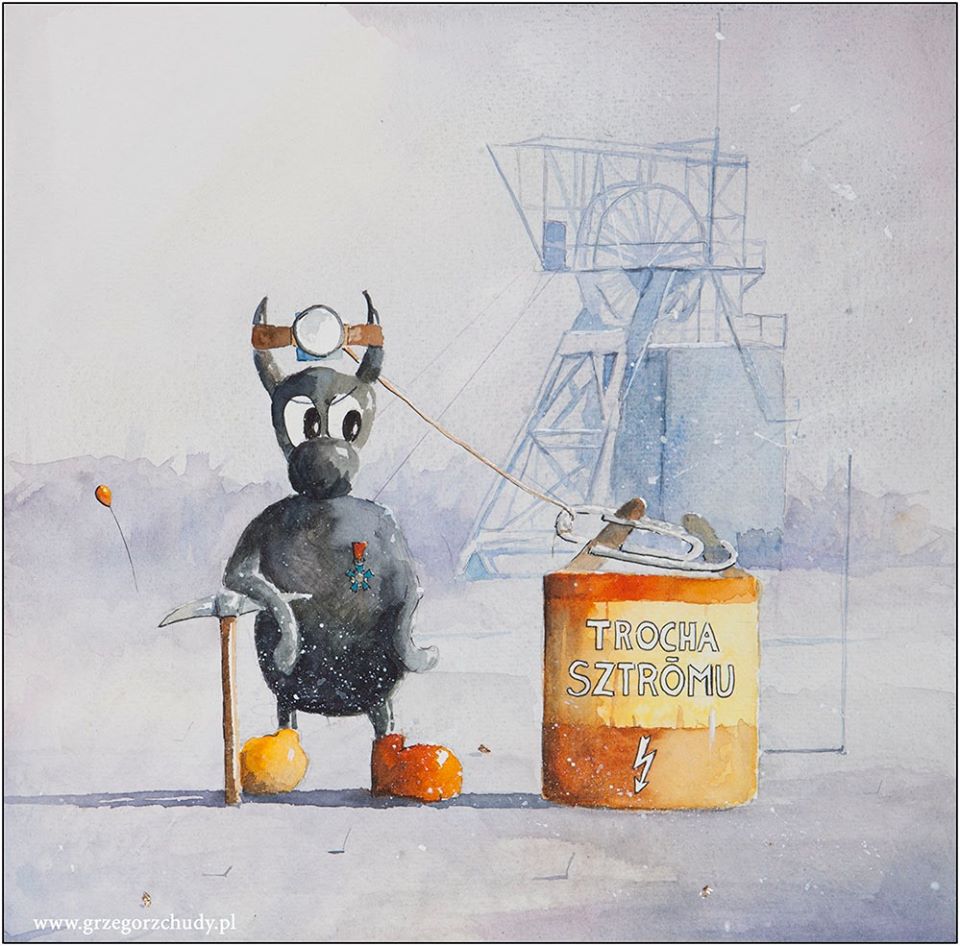 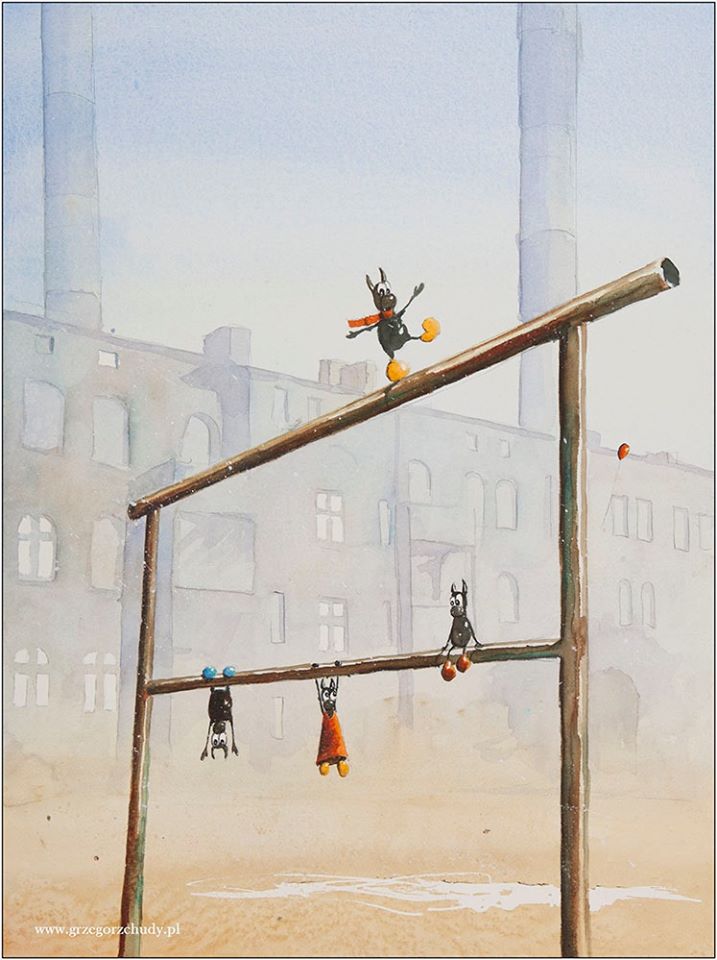 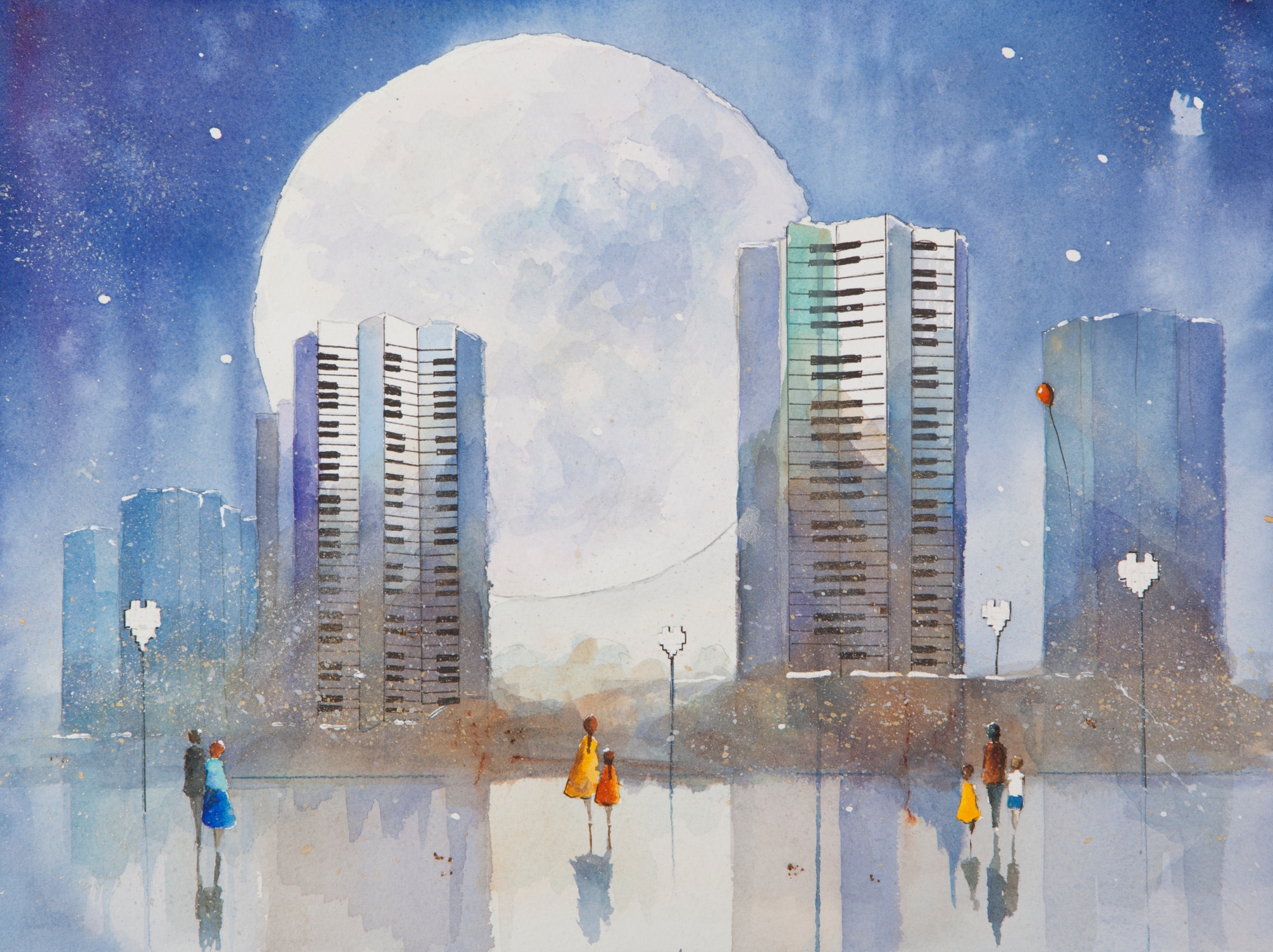 “It’s likely they were invented a long, long time ago to frighten kids into obedience,” explains the artist, “and in some cases it was said they’d kidnap naughty children! The ones I show, however, are inconspicuous and, in fact, really rather friendly. My daughter and I like to think that they created the ‘dark legends’ surrounding them simply so people would leave them alone!”

Having previously juggled jobs as a teacher, musician and painter, it was the birth of his children that swayed Chudy into pursuing art full-time, and while his artistic studies were never finished, he now considers this a blessing in disguise:

“I’m self-taught,” he says, “so I think that’s why I’ve been able to develop my own style.” 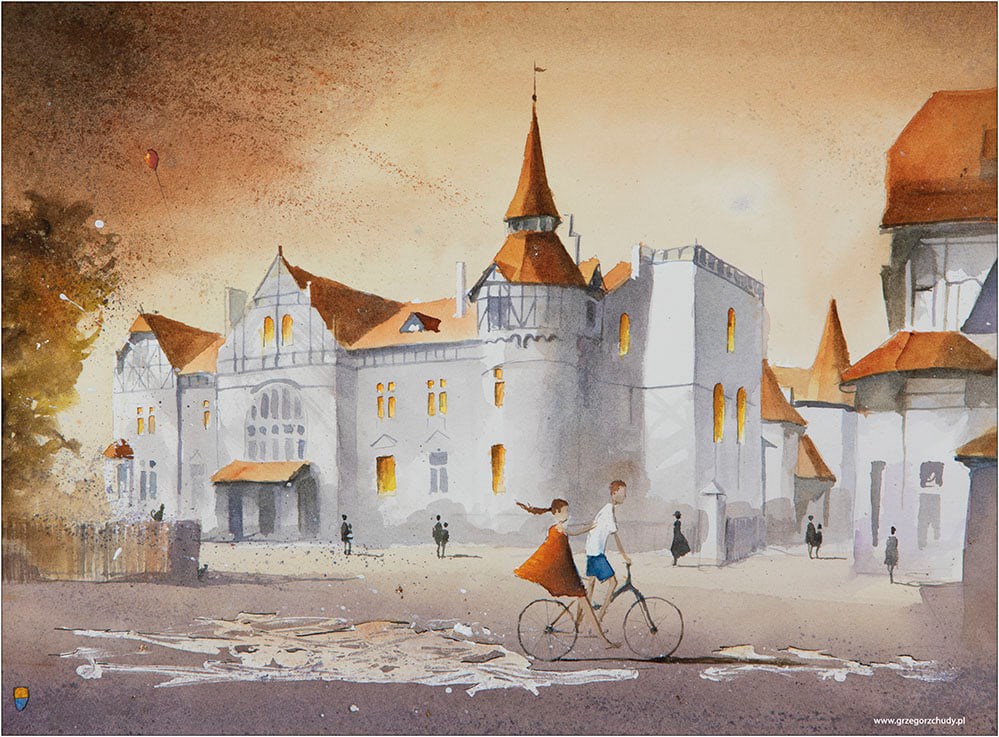 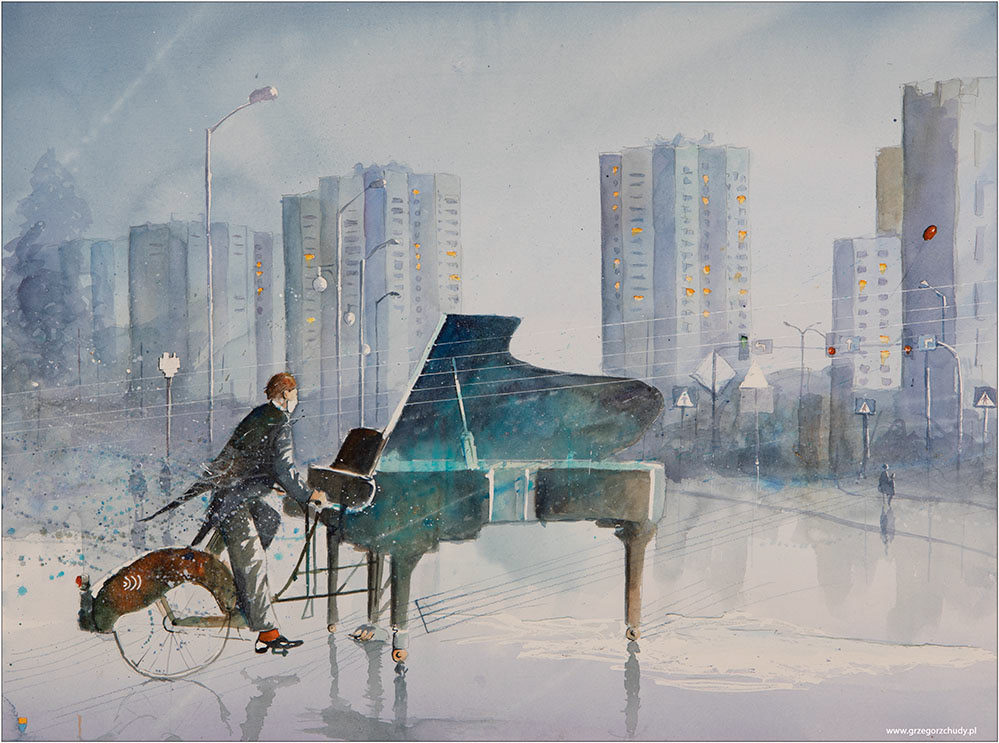 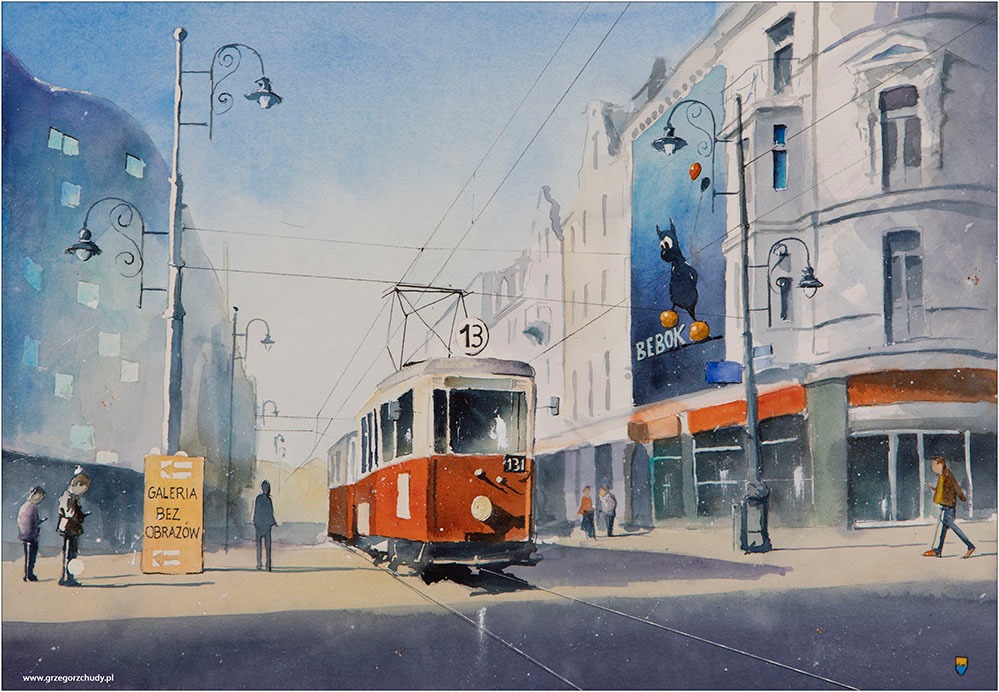 Often painting specific locations rather than general landscapes, for Chudy the thrill lies in opening the area of Silesia to both residents and outsiders, allowing them to view this industrial belt through a new magical lens.

“It’s always funny to see how people react when they realize a mundane place they pass everyday has been transformed into something else,” he says, “and for me I think the one thing I really want people to get from my work is a sense of joy.

“There’s too much negativity in the world,” concludes the artist. “I want my paintings to allow people to forget about reality for a moment. I love when my paintings make my people smile.”

For more on the artist, see: grzegorzchudy.pl