Despite Poland modernising and building national networks of road and railways the percentage of land that is forest is increasing, currently at about 30 percent of the land area, it is expected to grow to 33 percent by 2050. This is essential for maintaining the 63,000 species as over 65 percent or nearly 41,000 species live in the forests. 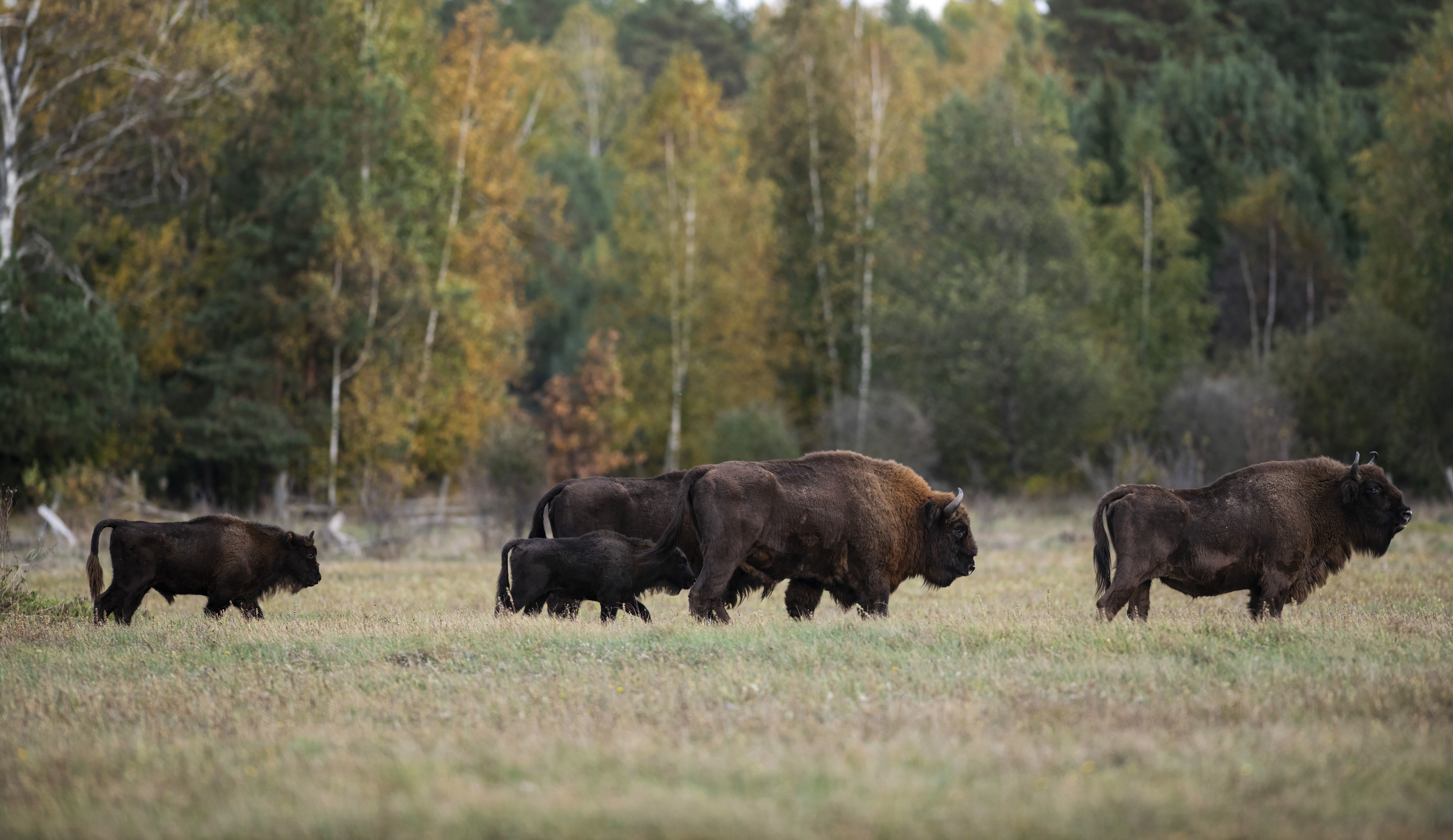 The European Bison is the largest land animal in Europe and Poland is home to an estimated 1,900 of them. Even though the white eagle is seen on the Polish coat of arms and is the national bird, the bison is the national animal of the country. These land beasts can weigh between 550 and 800 kilograms but have been known to get up to speeds of 60 kilometres per hour while running.Michał Zieliński/PAP 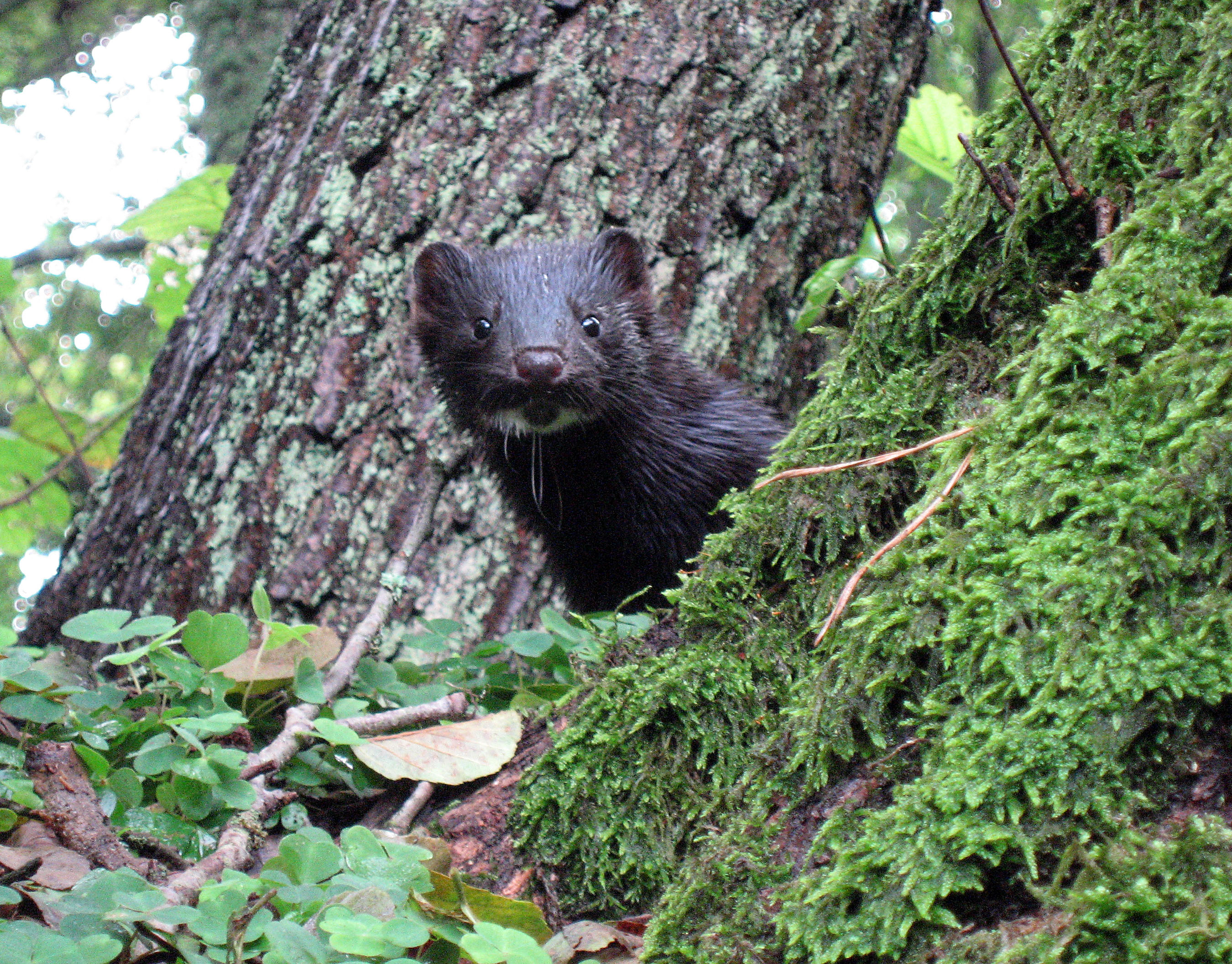 The Mazury region of Poland is a series of over 2,000 interconnected lakes and waterways. Popular with sailors and tourists there is a rich wildlife to be found in the area. Mosquitoes and other insects that bite will find you if you venture there but you could also run into an otter and lots of other wildlife in the region.Paweł Kula/PAP 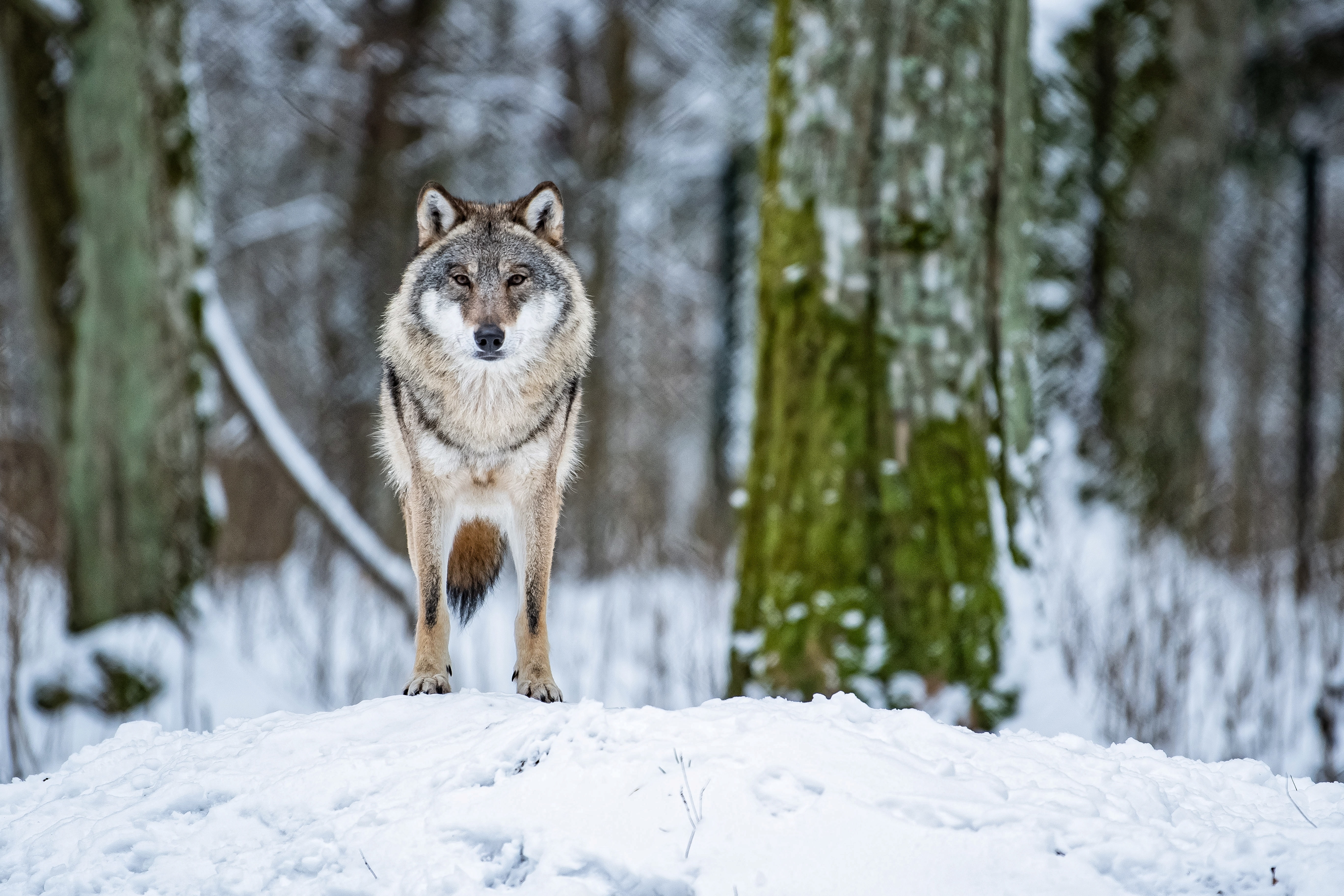 The grey wolf was Poland’s only wolf until 2015 when there started to be sightings of golden jackals. In Poland wolves can be found in three regions: in the Polish part of the Carpathian Mountains, in the eastern part of the country and near the German border. There are an estimated 2,000 wolves left in Poland and they are a protected species.Wojciech Pacewicz/PAP 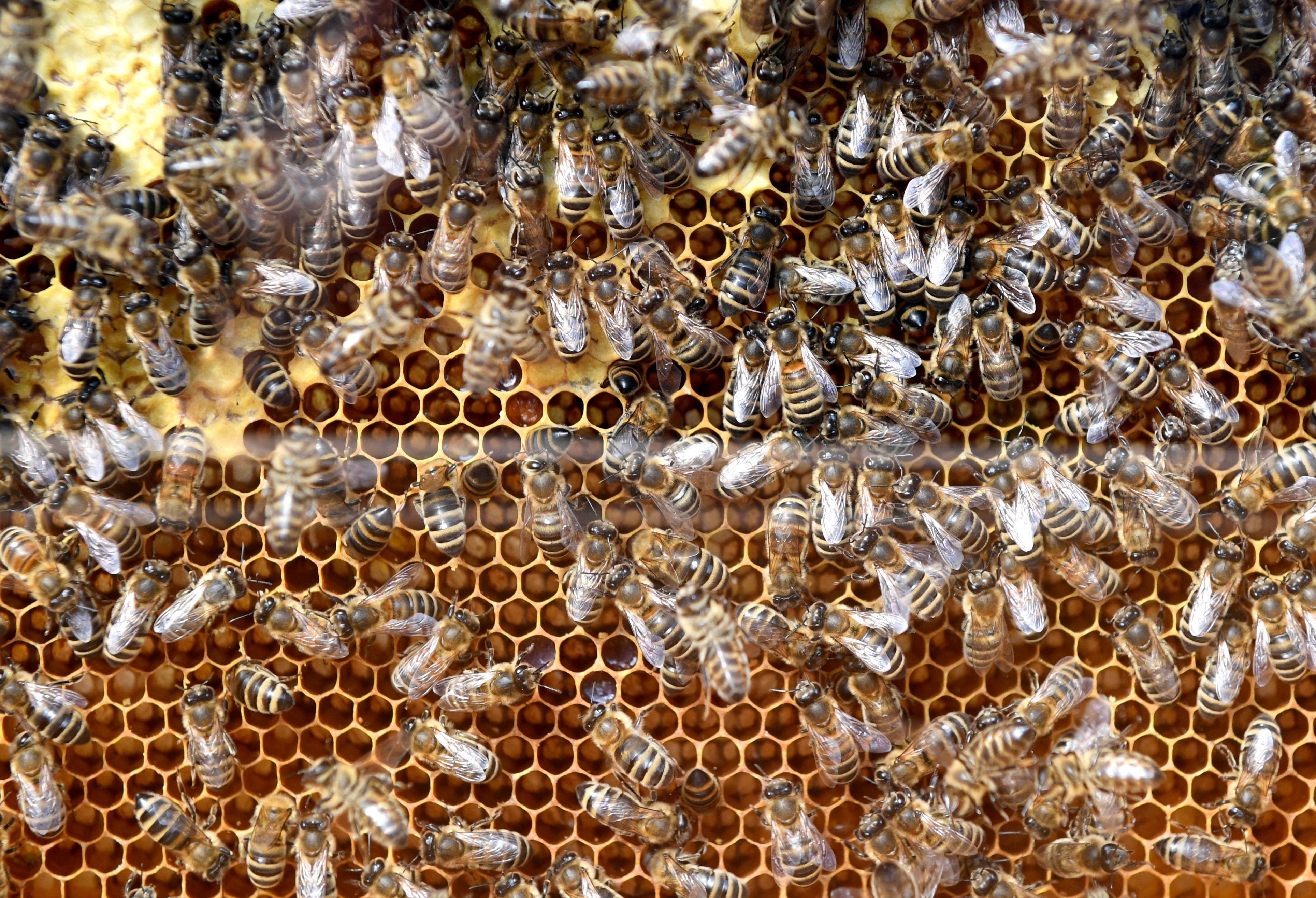 Bees and Poland are inextricably intertwined. Honey and honey products are part of Polish culture as much as anything else, the bee population is carefully guarded and cultivated by many Poles who understand the important work the bee population does even beyond honey production. Natural beehives in hollow trees can be found in the Spalskie Forest, Świętokrzyska Forest and the national parks of Biebrza and Wigry.Darek Delmanowicz/PAP 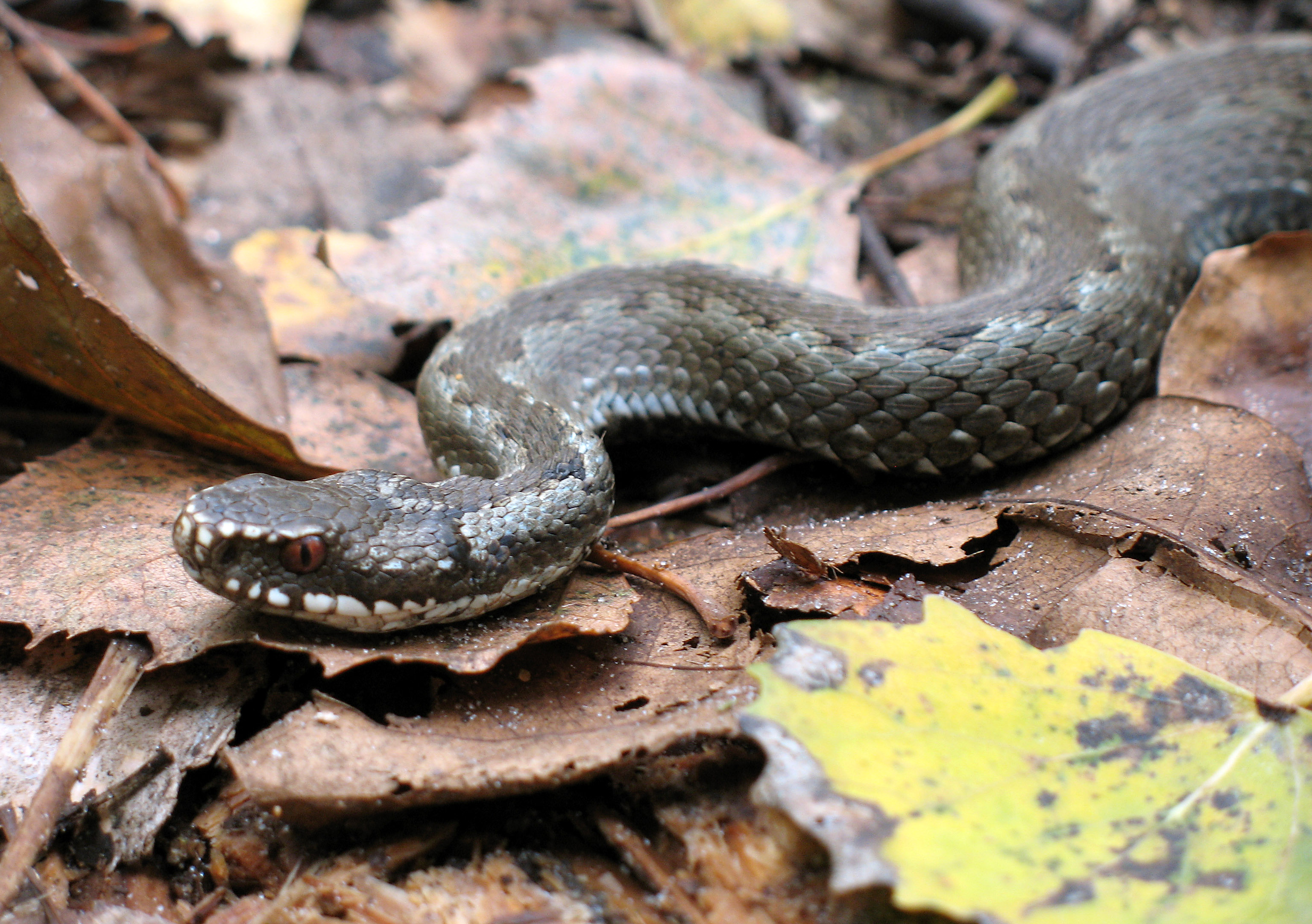 There are nine species of reptiles that are indigenous in Poland: the European Pond Terrapin, 4 types of lizards (slowworm, sand lizard, common lizard and European green lizard) and 4 types of snake (grass snake, aesculapian snake, smooth snake and adder.) Only the adder is venomous but the smooth snake is often mistaken for the zig-zag viper, both of the species are protected so even if a walker happens upon either of they must not capture or damage them.Tomasz Gzell/PAP 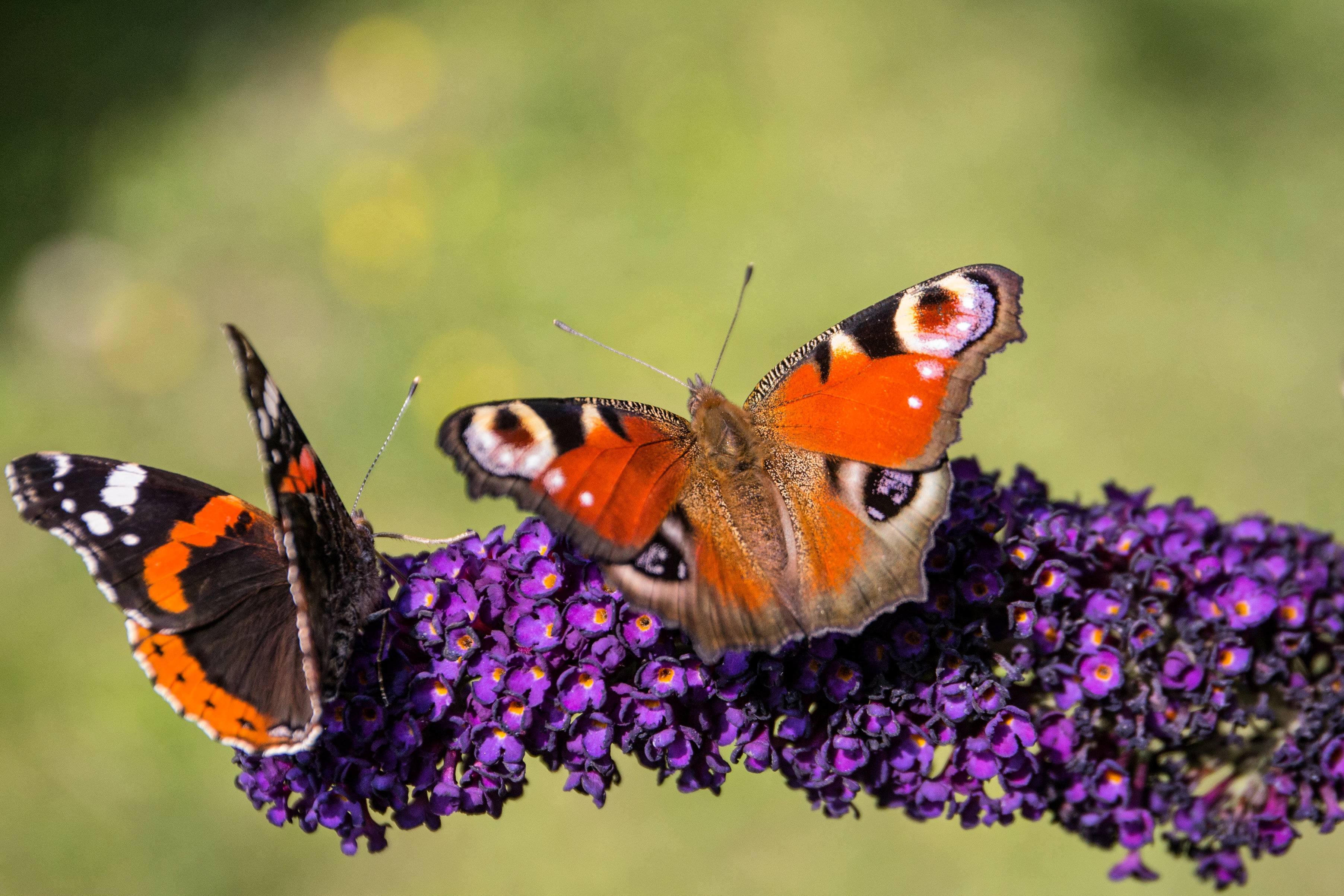 So far over 3,000 species of butterfly have been identified in Poland but that number grows each year. Butterflies can be agents of pollination but some varieties, during their larvae, phase are seen as pests that eat flowers and crops. Butterflies can be found across Poland, even in cities and are known to land on humans as some varieties are attracted to the salt in sweat.Wojtek Jargiło/PAP 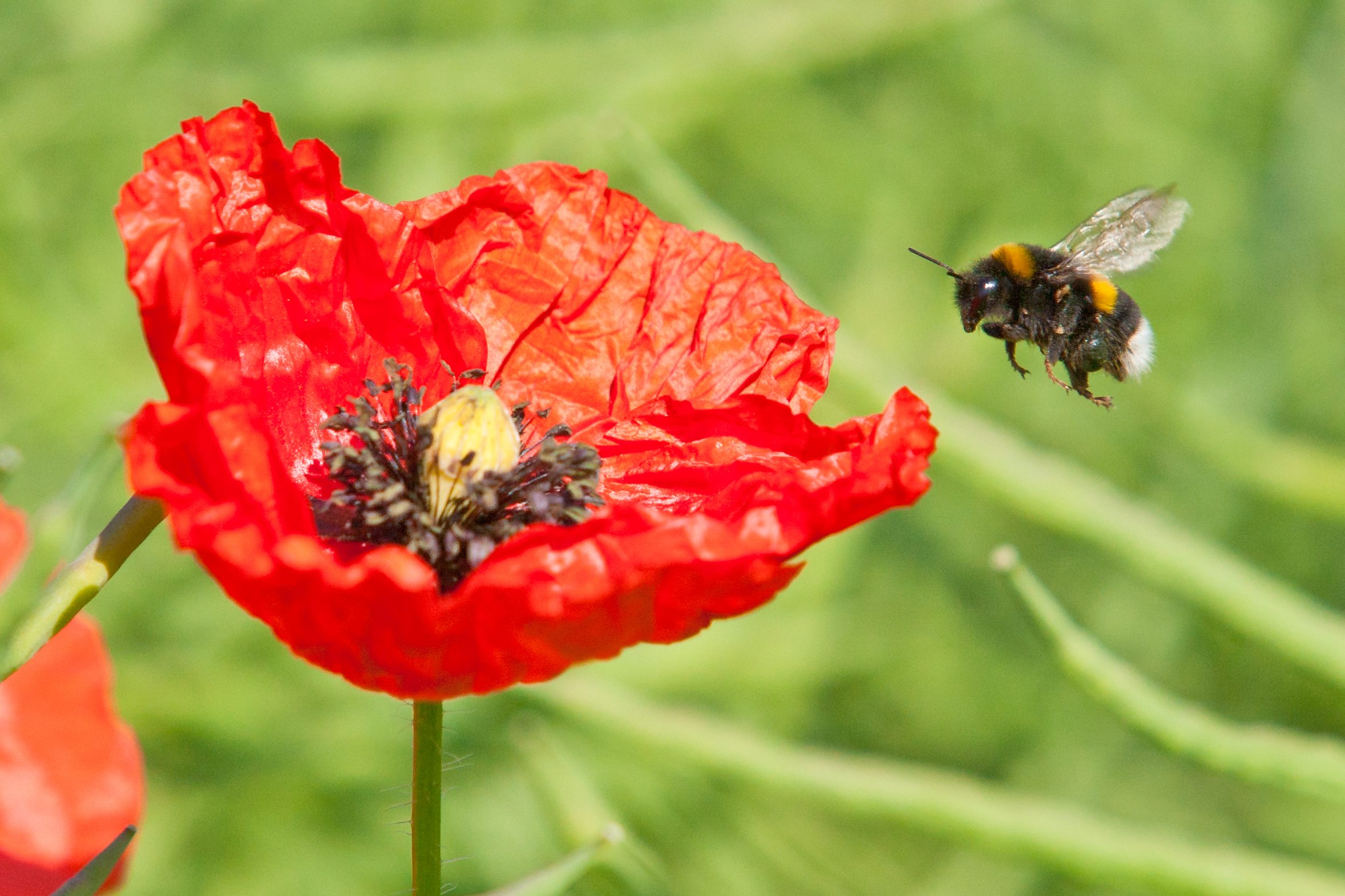 Poland’s national flower is the poppy, specifically the corn poppy. The distinctive red petals and black centre are known all across Europe and at Christmas Poles enjoy poppy seed cake. The poppy is a symbol of the blood of Polish soldiers killed in the Battle of Monte Cassino, there is even a military song called ‘Red Poppies at Monte Cassino’.Lech Muszyński/PAP 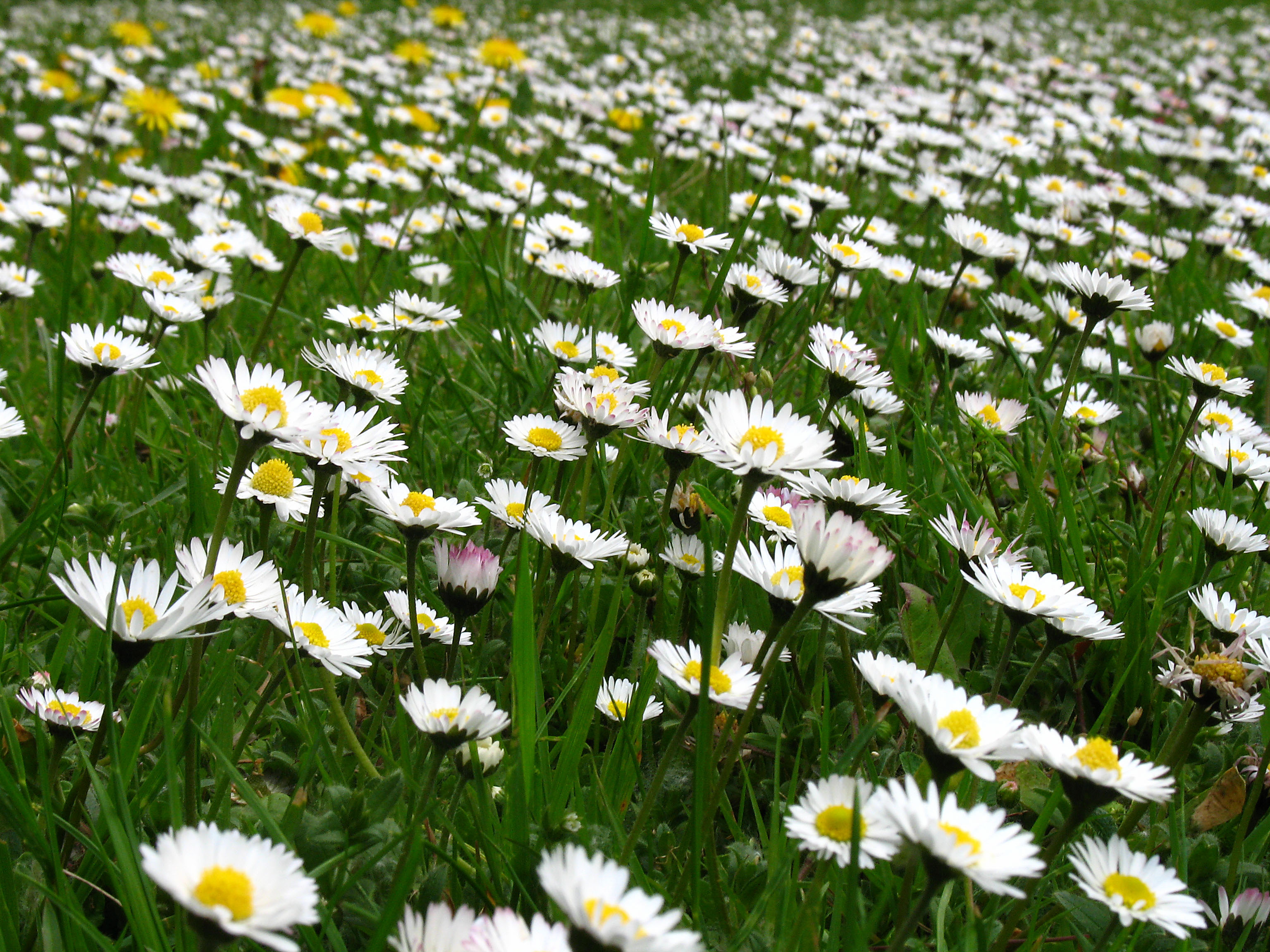 There are an estimated 2,500 species of flora in Poland, about one third is thought be endangered to some degree but only 124 are listed as critically endangered. Flowers one may typically observe in Poland include the violet Siberian Iris, the yellow Globe flower, the white Daisy as well as Common Lilacs in a variety of colours including pink, white and purple.Tomasz Gzell/PAP 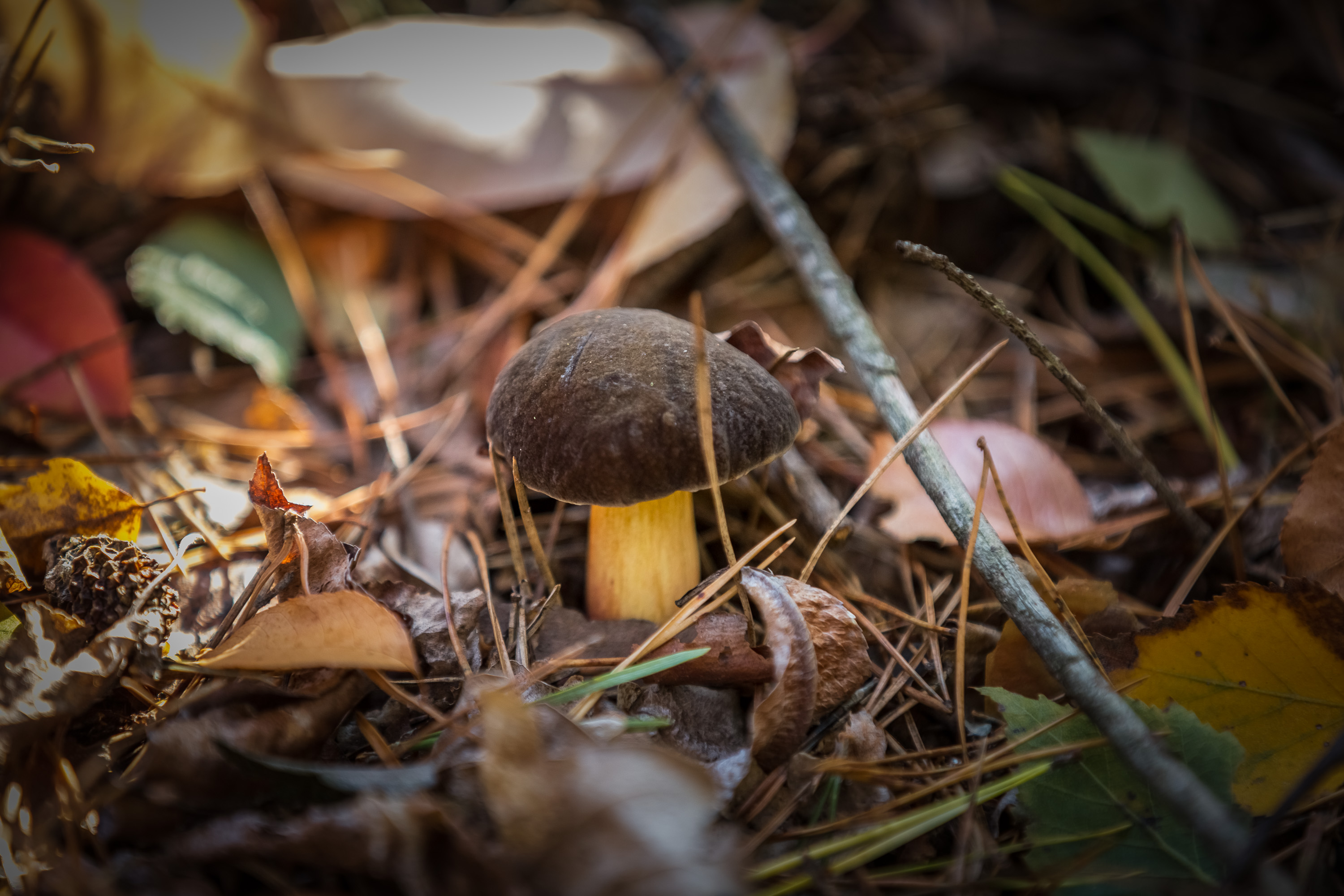 Polish people love hunting for mushrooms in the forest. There are about 50 edible varieties in Poland but mushroom pickers must be careful as there are poisonous varieties that look similar edible ones. It is taboo to tell outsiders the locations of mushrooms though and is often a carefully guarded skill passed down through the generations.Kalbar/TFN 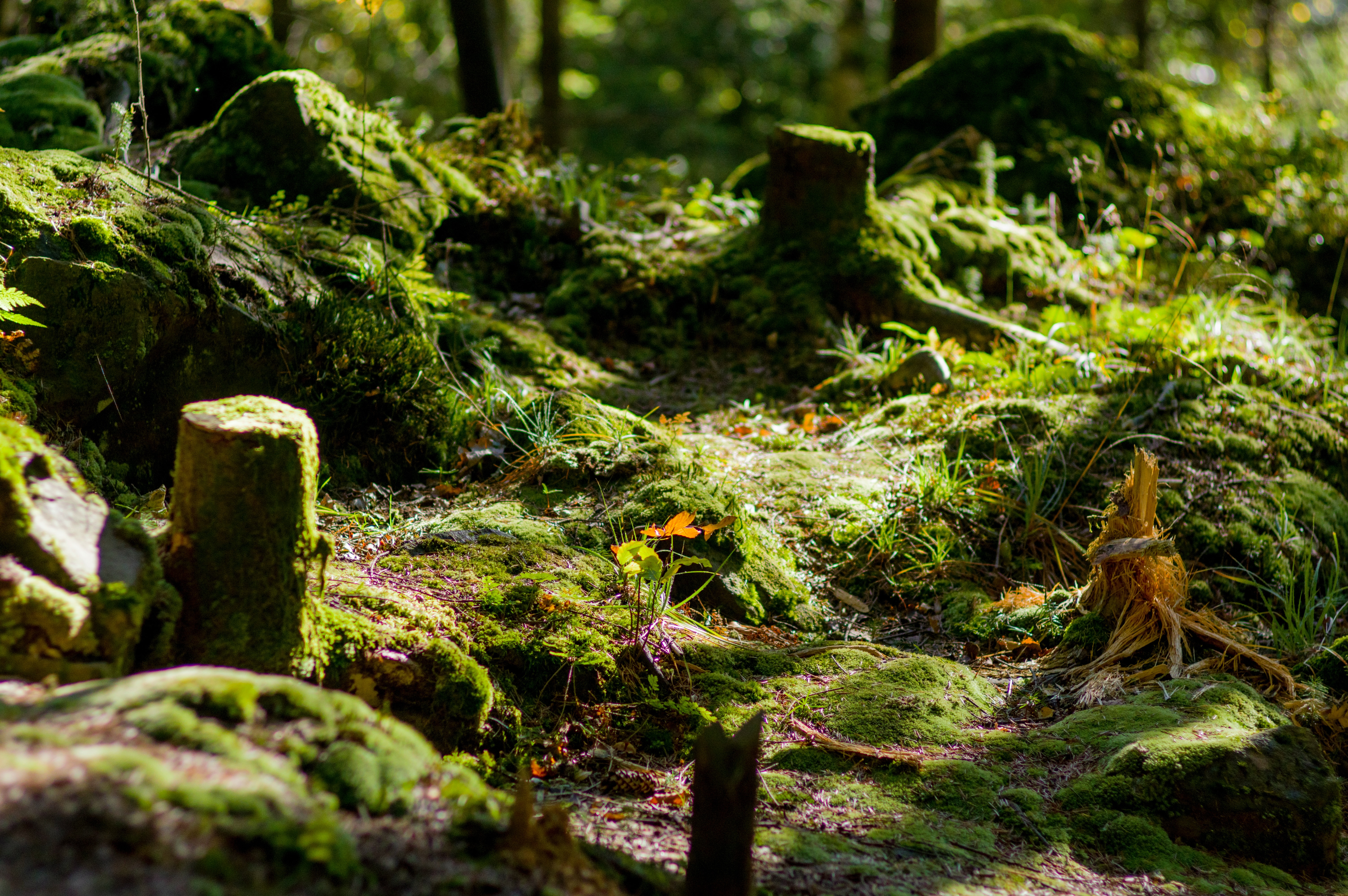 There are about 700 known species of moss in Poland and moss plays an essential role in the biodiversity of the country. Moss helps retain water and slow down soil erosion, it can be a vital source of water and nutrients during droughts and hot summers, it also provides moist cover to roots and the ground. Moss can also provide a fertile breeding ground for bugs and insects.Elena Mozhvilo/Unsplash 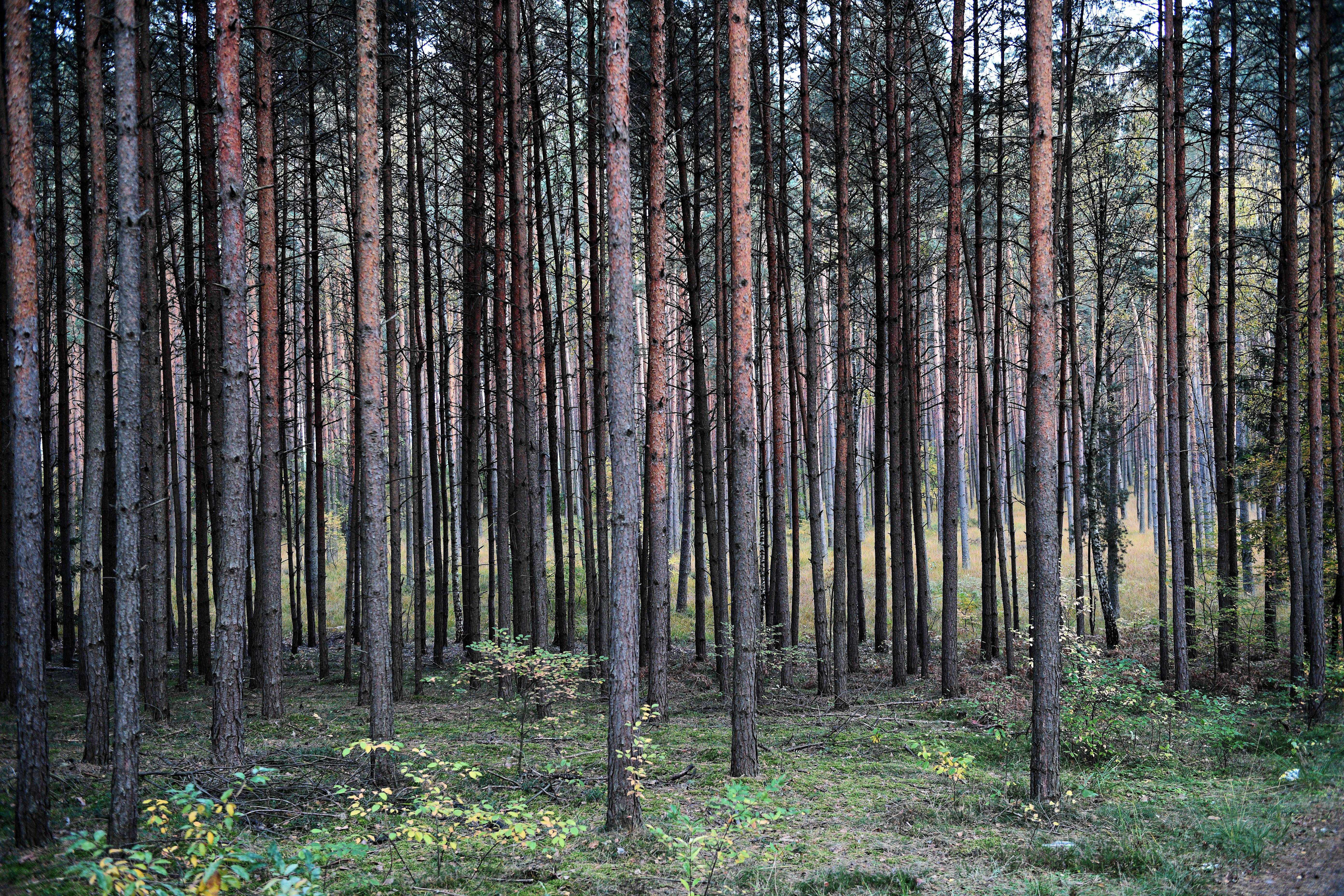 Conifer trees make up about 55 percent of Polish forests, with the pine tree dominating nearly 65 percent of government owned forests.  Pine trees are an important source of wood , resin , essential oils and even produce edible seeds. Pine trees are found on a number of coats of arms in Poland and during archaeological works in Kowalewko it was discovered that pine wood was used during cremations in Poland.Darek Delmanowicz/PAP