Filming of Irena’s Vow, an international production telling the story of Irena Gut, a Polish nurse who hid twelve Jews right under the nose of a Wehrmacht officer, has wrapped up in Lublin. 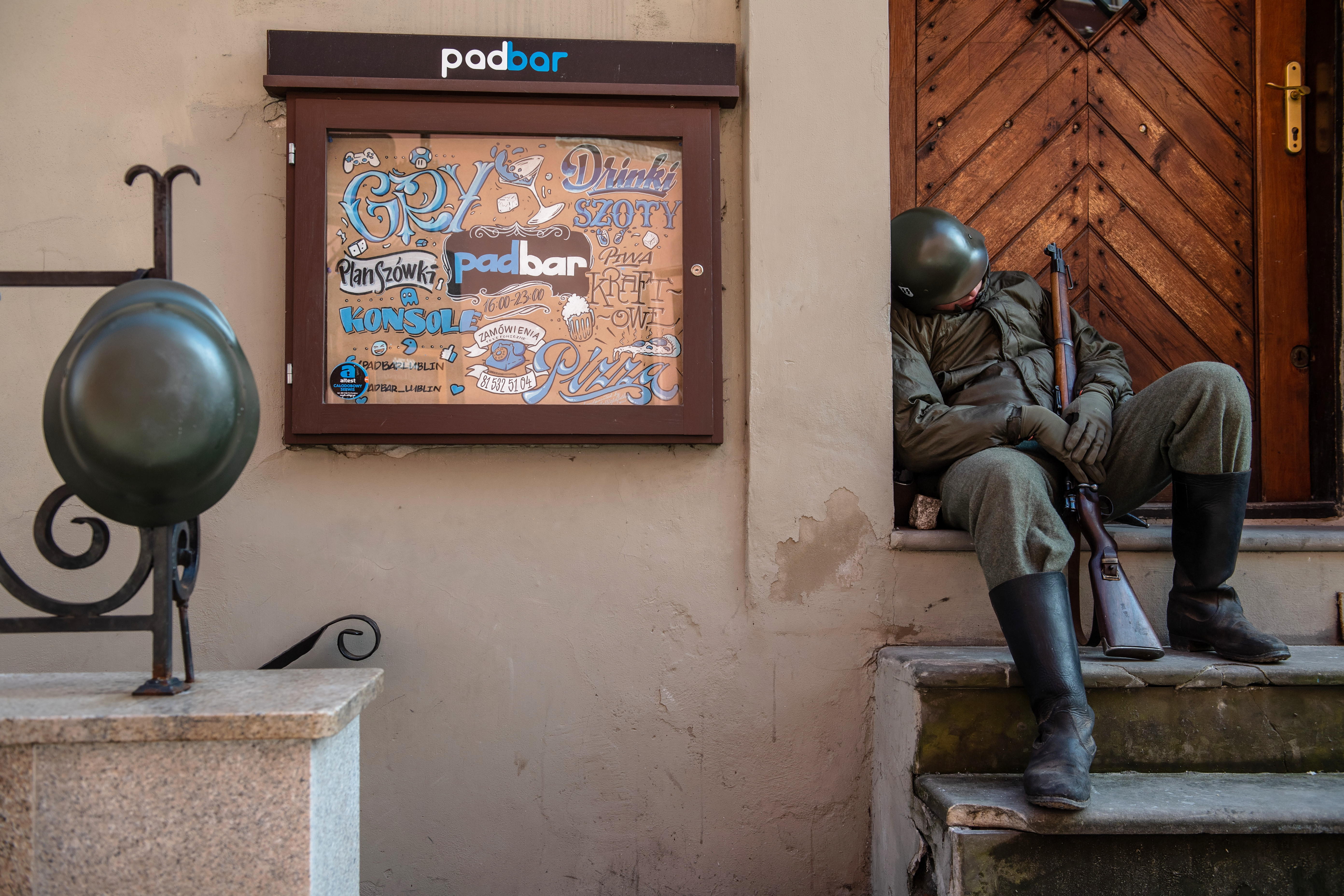 Directed by Louise Archambault, filming for Irena’s Vow took place in Lublin between the 10th and 15th of April.Wojtek Jargiło/PAP

Born into a Catholic family in Kozienice, eastern Poland, in 1922, Gut took up studies at a nursing school before the invasion of Poland in 1939.

When the war broke out, she joined a resistance unit and was later taken into Russian captivity. Raped and left to die, she escaped only to be rearrested by the Germans during a roundup. 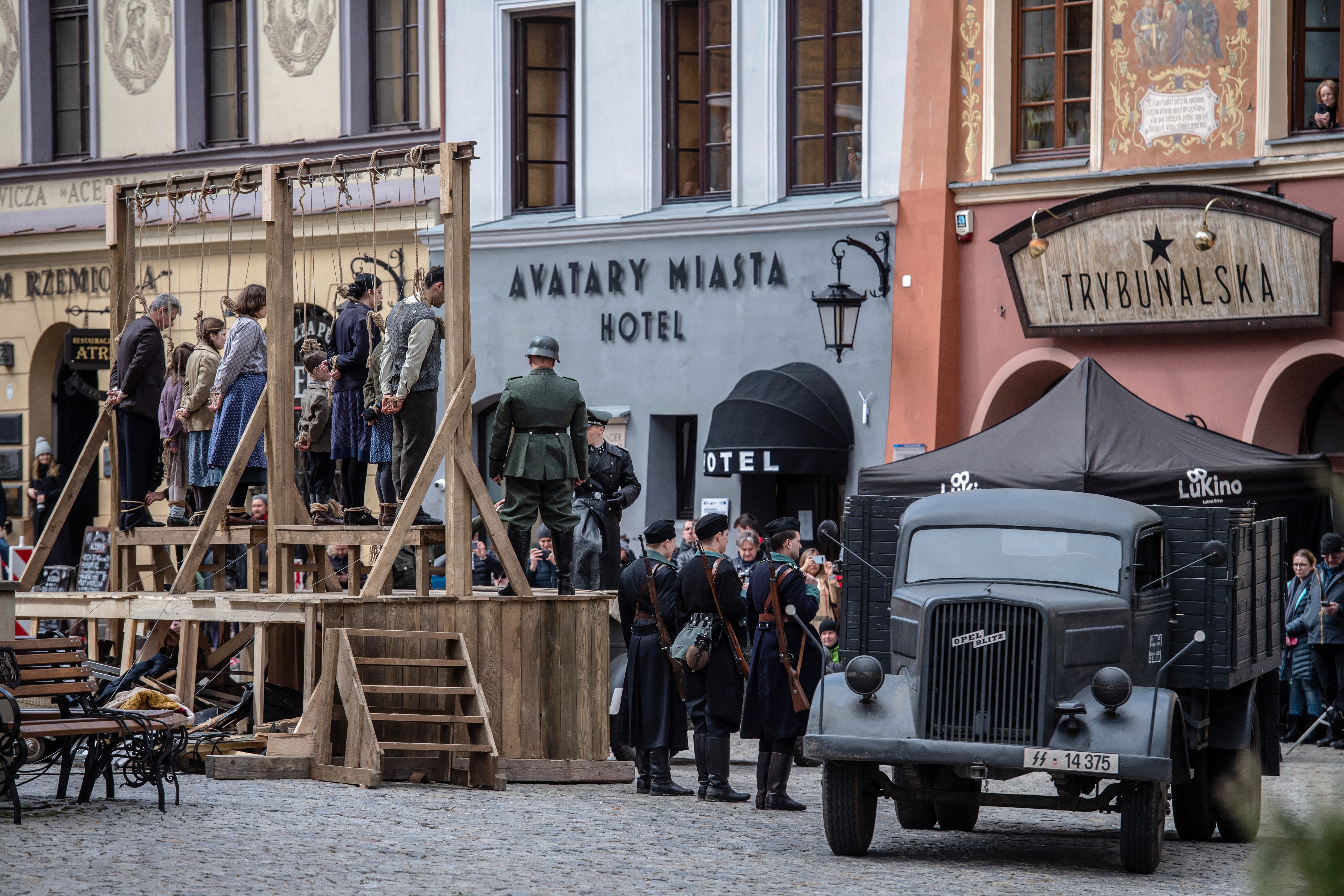 Gut was inspired to save Jews after witnessing first-hand Nazi brutality.Wojtek Jargiło/PAP

In 1942, Gut witnessed a Nazi officer throw a baby in the air and shoot him, a traumatic event that would change her life; motivated also by her faith, the event left her determined to do everything in her power to save others from Nazi brutality.

Although the Gestapo forced her and others to watch the public hanging of a Jewish couple and their Polish protector, Gut went on to risk her own life to save Jews bound for certain death. 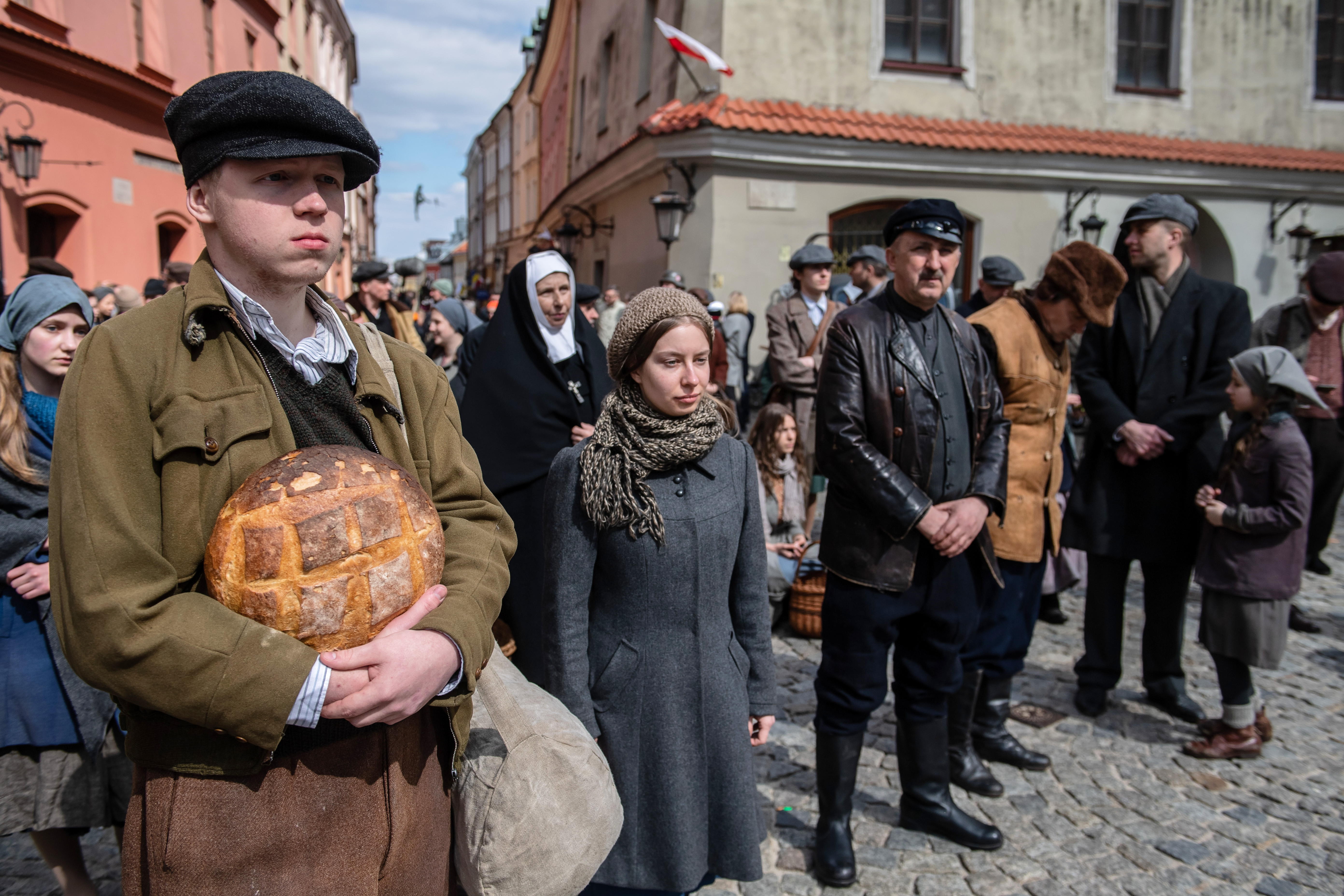 This she did in the most daring of way, hiding Jews in the cellar of a villa occupied by Major Edward Rugemer.

While working as a forced labourer in a munitions factory, Gut caught the attention of the Major and he subsequently found her an easier job in the kitchen of a hotel frequented by German officers.

Located close to the walls of the Tarnopol Ghetto, each night Gut would smuggle leftover food through the barbed wire, going undetected for several months. 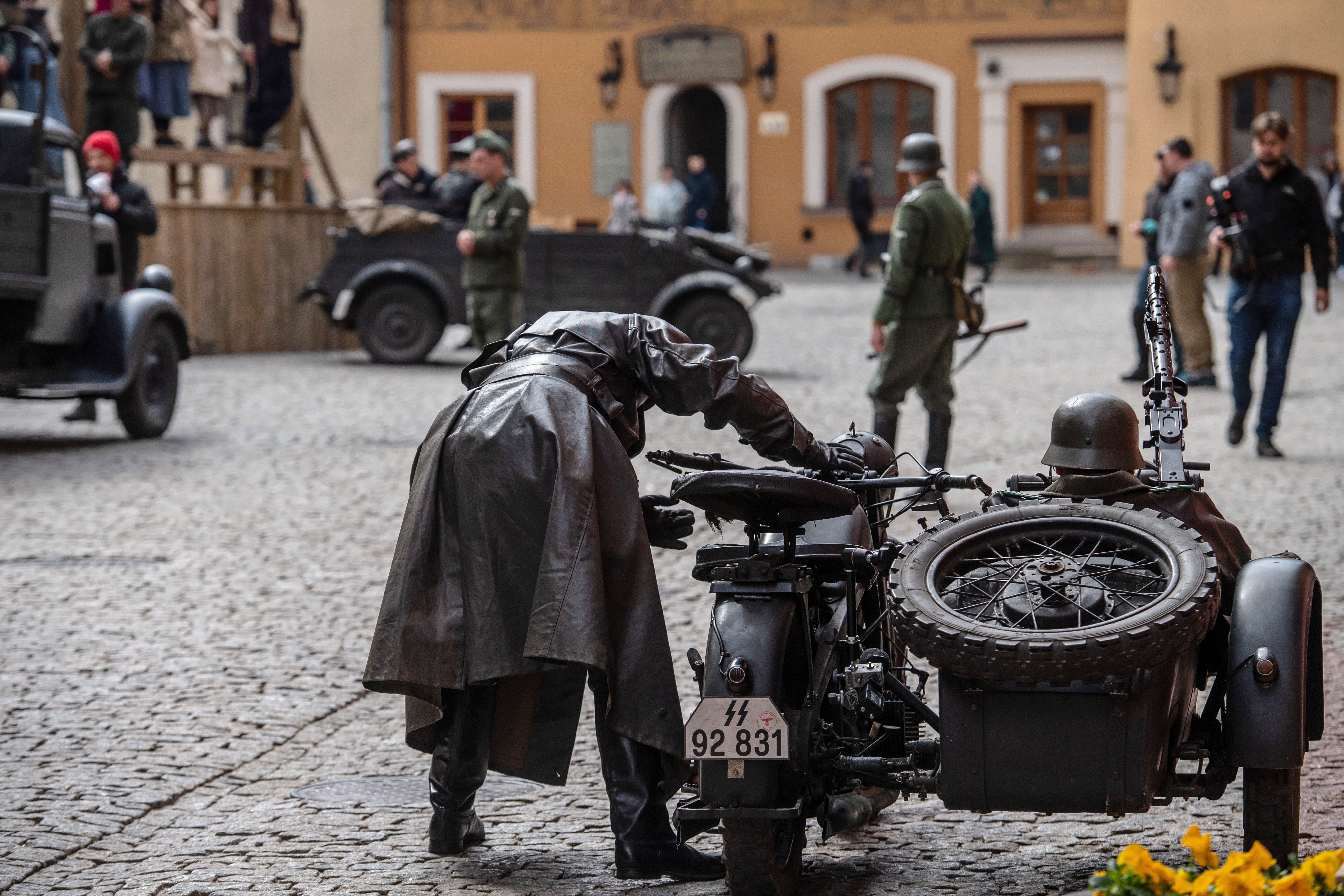 The film Irena’s Vow will be based on the 2009 Broadway production of the same name written by Dan Gordon.Wojtek Jargiło/PAP

Later, she began smuggling Jews out of the Ghetto and hiding them in local forests where she would bring them food. However, after she promoted to become Rugemer’s housekeeper, she made the decision to allowed them to hide out in the cellar. During the day, they would help her in her duties before retreating downstairs before Rugemer returned.

Coming back unexpectedly early one day, Rugemer returned to find Jews in his home – about to call the SS, he relented only when Irena pleaded with him to spare them. Rugemer agreed, but only on the condition that Gut became his mistress. In order to save the lives of those she had hidden, Gut accommodated his wishes and the Jews continued to live in the basement, unaware of Gut’s sacrifice. 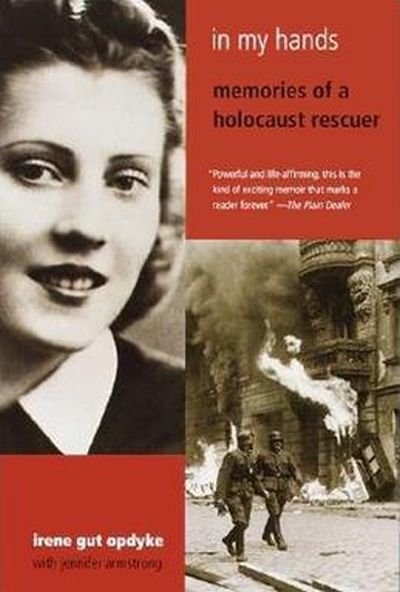 Honoured as a Righteous Among the Nations by Israel’s Yad Vashem Institute in 1982, Gut also published a memoir in 1999 called, In My Hands: Memories of a Holocaust Rescuer.Wikicommons

In 1944, as the Germans retreated in the face of the advancing Russians, Gut and the Jews fled to the forests, before ending up in a ‘Displaced Persons Camp’ in West Germany. There she was interviewed by William Opdyke, a UN worker, who later became her husband.

Moving to America, for years Gut maintained silence on her wartime experiences, only changing this after hearing a Holocaust denier. As a result, she spoke out publicly for the first time in the 1970s.

Honoured as a Righteous Among the Nations by Israel’s Yad Vashem Institute in 1982, and receiving a Papal Blessing from Pope John Paul II in 1995, she also published a memoir in 1999 called, In My Hands: Memories of a Holocaust Rescuer. 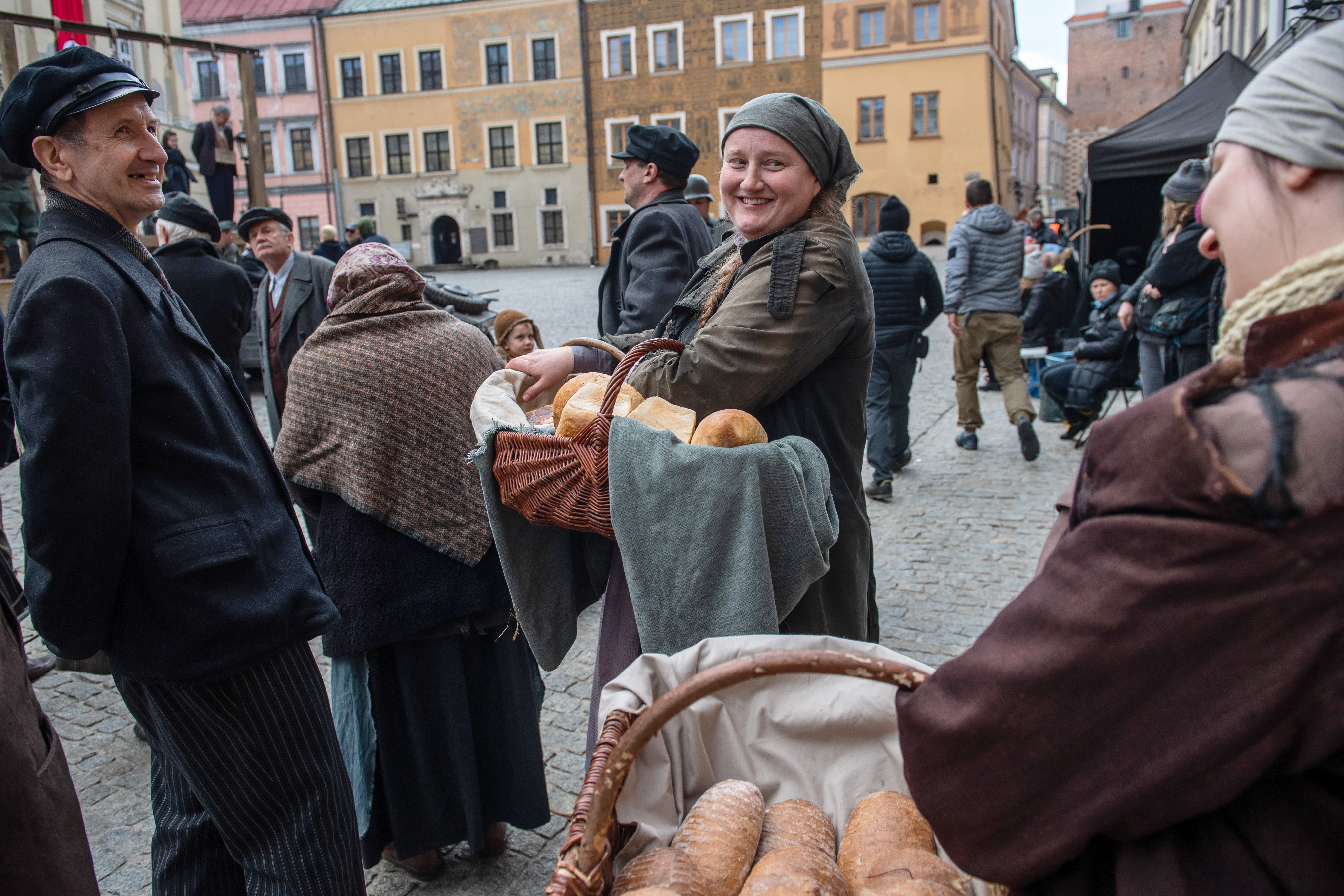 Producer and screenplay writer Dan Gordon was first inspired by Gut’s story 25 years ago after hearing a radio interview with her whilst driving home in L.A.Wojtek Jargiło/PAP

The film Irena’s Vow will be based on the 2009 Broadway production of the same name written by Dan Gordon. Acting also as Irena’s Vow producer and screenplay writer, Gordon was first inspired by Gut’s story 25 years ago after hearing a radio interview with her whilst driving home in L.A.

Speaking to Kurier Lubelski, Gordon said: “I was so moved by her story, to the degree that when I reached my destination, for the next hour and a half I didn’t go home, I just sat in my car and listened until the end. I was so moved.” 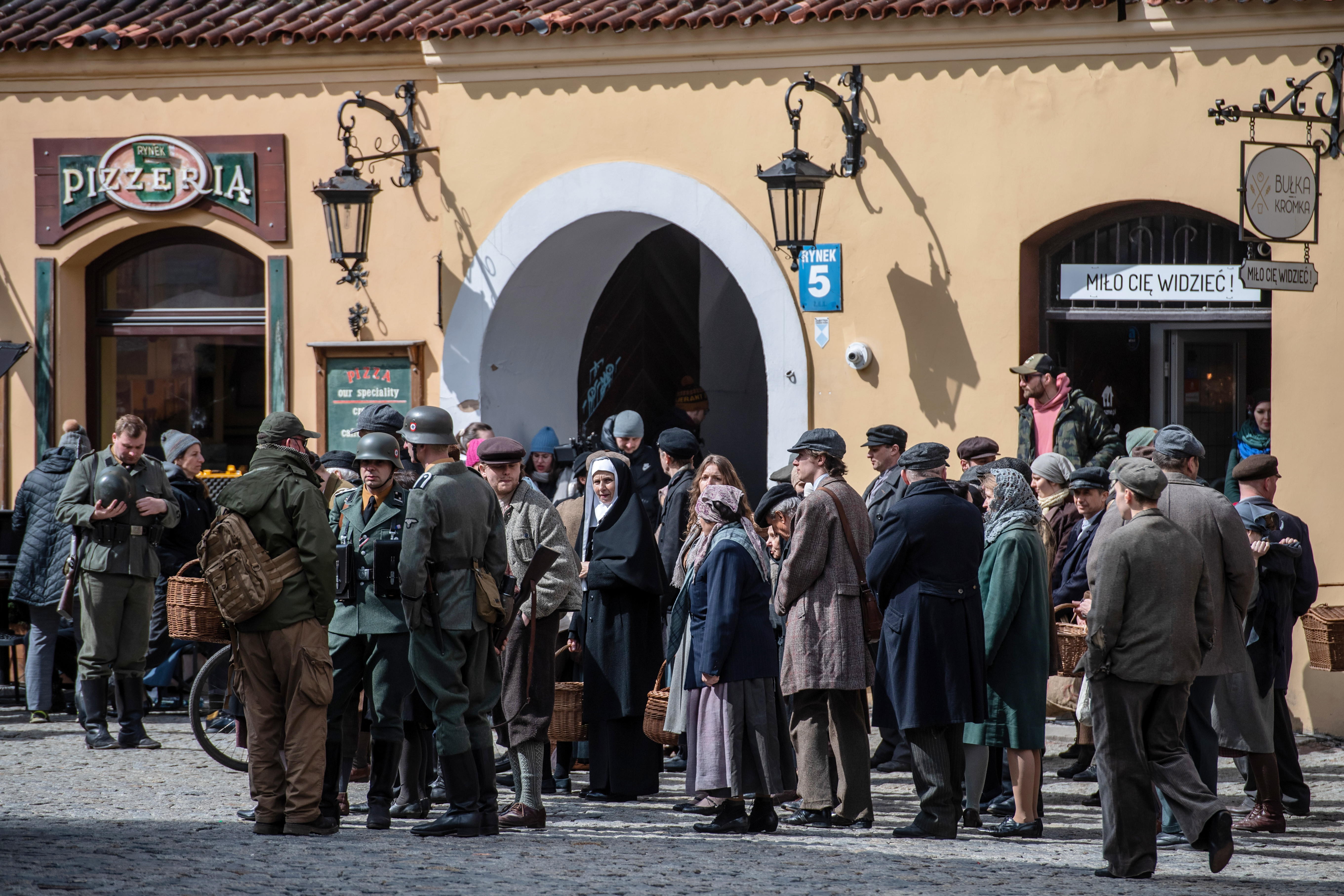 Set to become a hit motion picture, Gut’s wartime story only came to light when she was motivated to speak out in the 1970s after hearing a Holocaust denier.Wojtek Jargiło/PAP

The next morning, through the radio station, Gordon managed to contact Gut and would establish a close friendship with her – to the extent that he came to regard her as “a second mother”.

Gordon, who is of Jewish descent, believes that fate led him to tell Gut’s story:

“When Irena told me about her life, about the twelve Jews she had hidden in the cellar, I thought to myself: this could have been my family, the family of my father or adopted father. That’s why there was no question for me as to whether I should tell this story, because I was heading towards it my entire life. 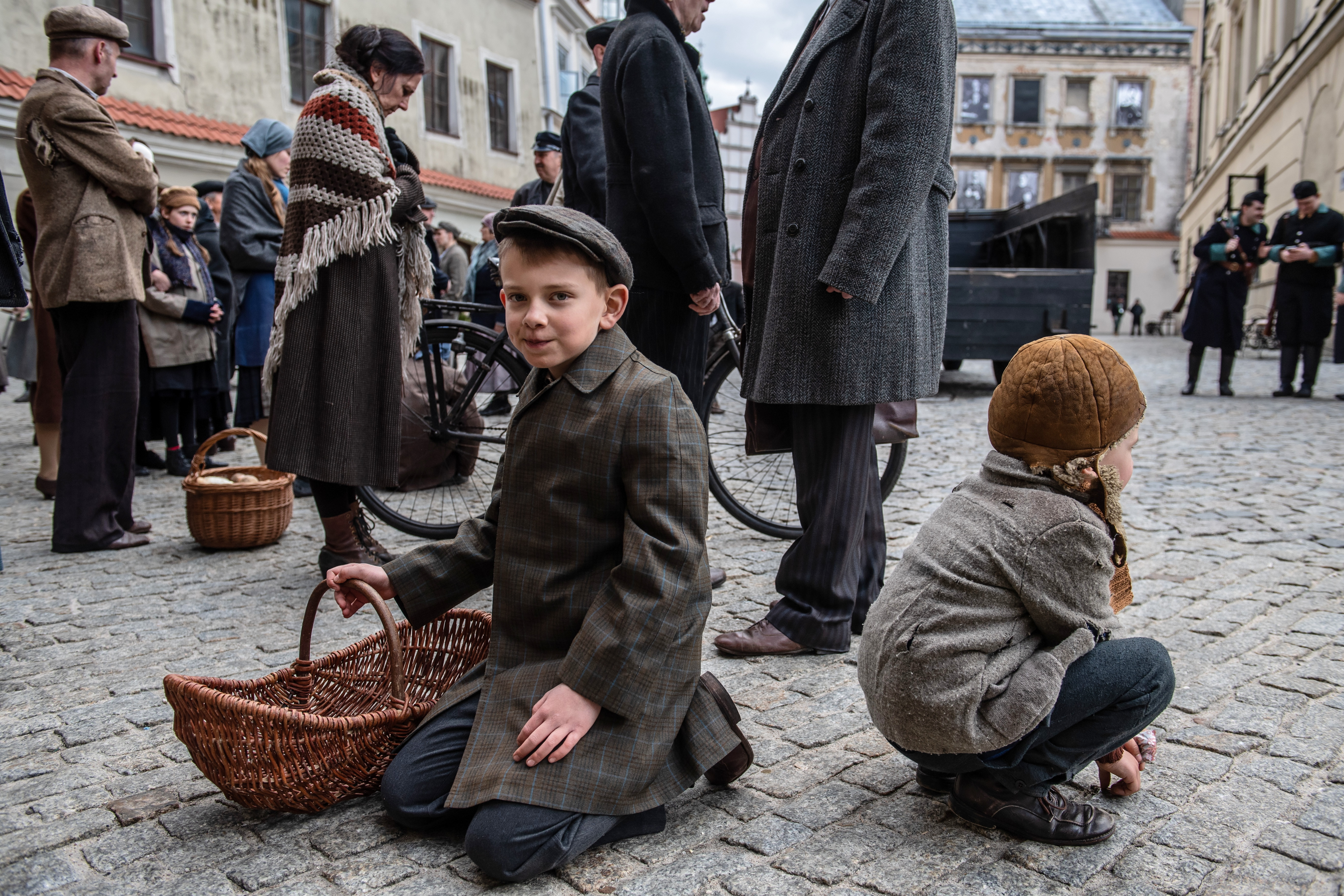 With filming now concluded, the film is set to hit screens at some stage next year.Wojtek Jargiło/PAP

“Even being in the midst of the greatest evil, regardless if you are a young 23-years-old woman, like Irena was, surrounded by the might of the Third Reich, you can still choose good; you can choose life, you can want to see the good in life”.

Directed by Louise Archambault, filming for Irena’s Vow took place in Lublin between the 10th and 15th of April. The film will be released in 2023.