It’s A Knockout! Statue honouring the father of Polish boxing unveiled in Warsaw

Just metres away from his finest triumph, a bronze statue honouring one of Poland’s greatest sporting icons has been unveiled in Warsaw’s Park Mirowski.

Considered the father of Polish boxing, Feliks ‘Papa’ Stamm masterminded the development of the sport in Poland, coaching dozens of Olympic and European Championship medallists whilst, simultaneously, returning pride and hope to a nation under Soviet suppression.

Born in 1901, Stamm entered coaching before WWII, but it was his achievements in the years that followed that truly elevated him to the status of legend. 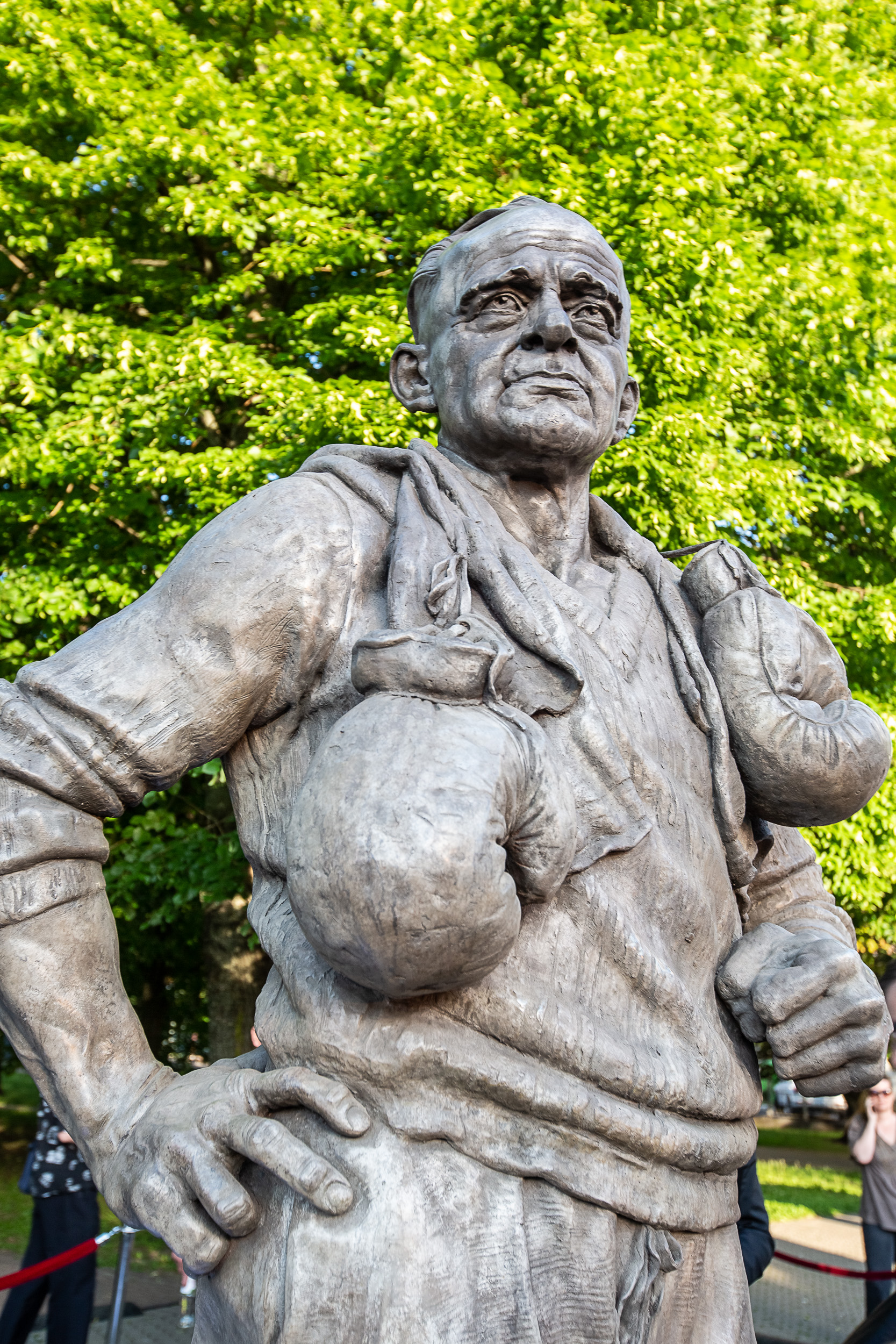 Considered the father of Polish boxing, Feliks ‘Papa’ Stamm masterminded the development of the sport in Poland, coaching dozens of Olympic and European Championship medallists whilst, simultaneously, returning pride and hope to a nation under Soviet suppression.Kalbar/TFN

Appointed the coach of Poland’s Boxing Association in 1946, he found himself leading the national squad into the 1953 European Championships held inside the capital’s Hala Gwardii. His stable of fighters scored nine medals in all, five of which were gold. Along the way, German boxers were beaten, and so too those from the Soviet Union. In a country deeply traumatized by the raw memory of the war, and subsequently emasculated by Communism, it was a victorious moment that reignited values of patriotism and honour.

“For obvious reasons, that tournament was about more than just sport,” says Paula Stamm, the great granddaughter of the coach, “and given the context of the post-war reality, it felt like a miracle had happened.” 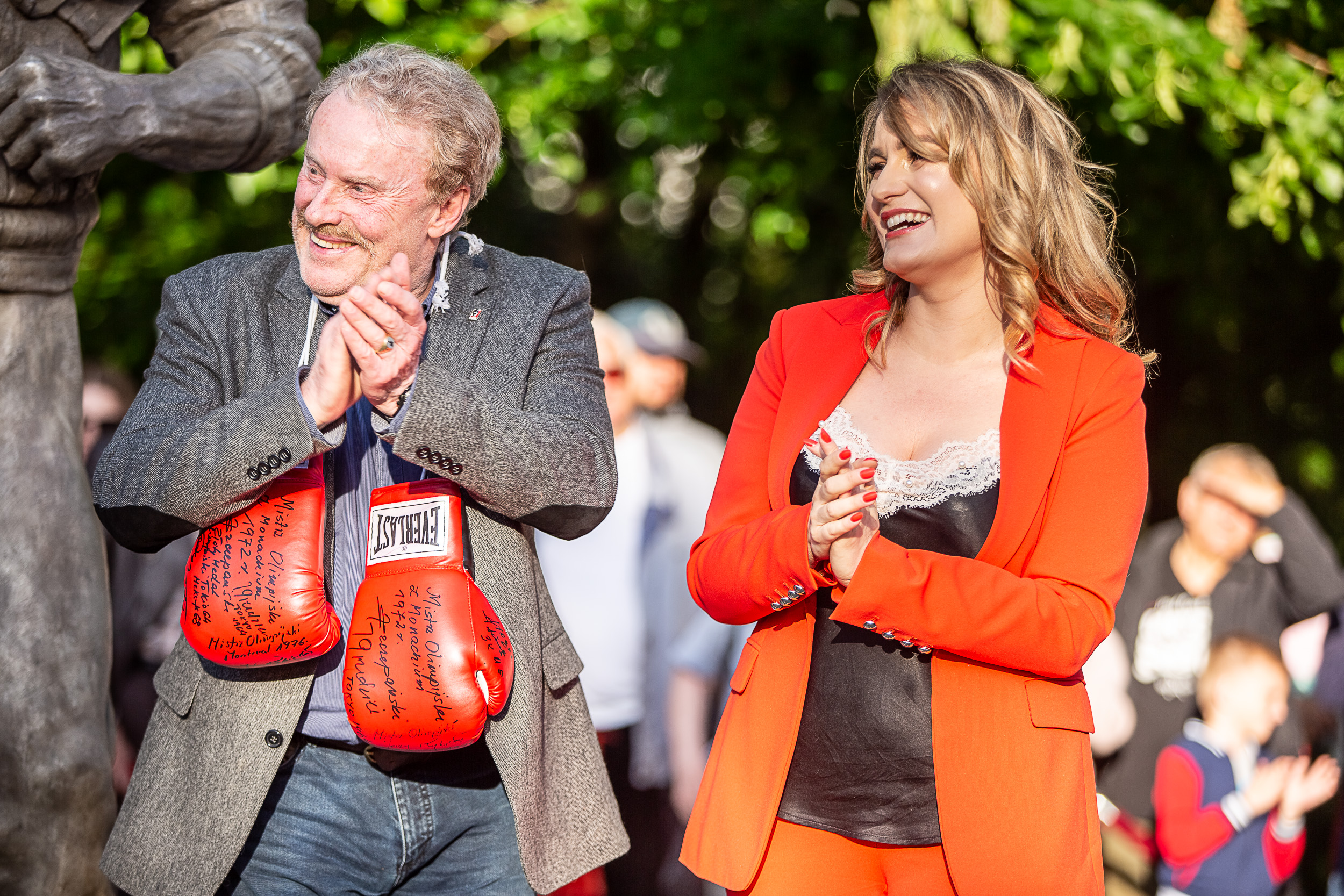 Actor Daniel Olbrychski who Stamm trained for the film Boxer attended the event too. Kalbar/TFN

Backed by a fanatical crowd, Stamm’s boxers demonstrated classic Polish virtues of resilience and defiance whilst overcoming oppressors both past and present. On the tournament’s conclusion, fans rushed the ring and carried Stamm out on their shoulders. Chants of “Bravo Stamm” rang out, followed by impromptu renditions of the national anthem. There were tears, as well: a country’s emotions had been uncorked.

Fond as that memory was, others landmark moments followed. The 1964 Tokyo Olympics saw Poland win gold in the light welterweight class, with Jerzy Kulej fighting on with a broken thumb to defeat his Soviet opponent, Evgeniy Frolov. 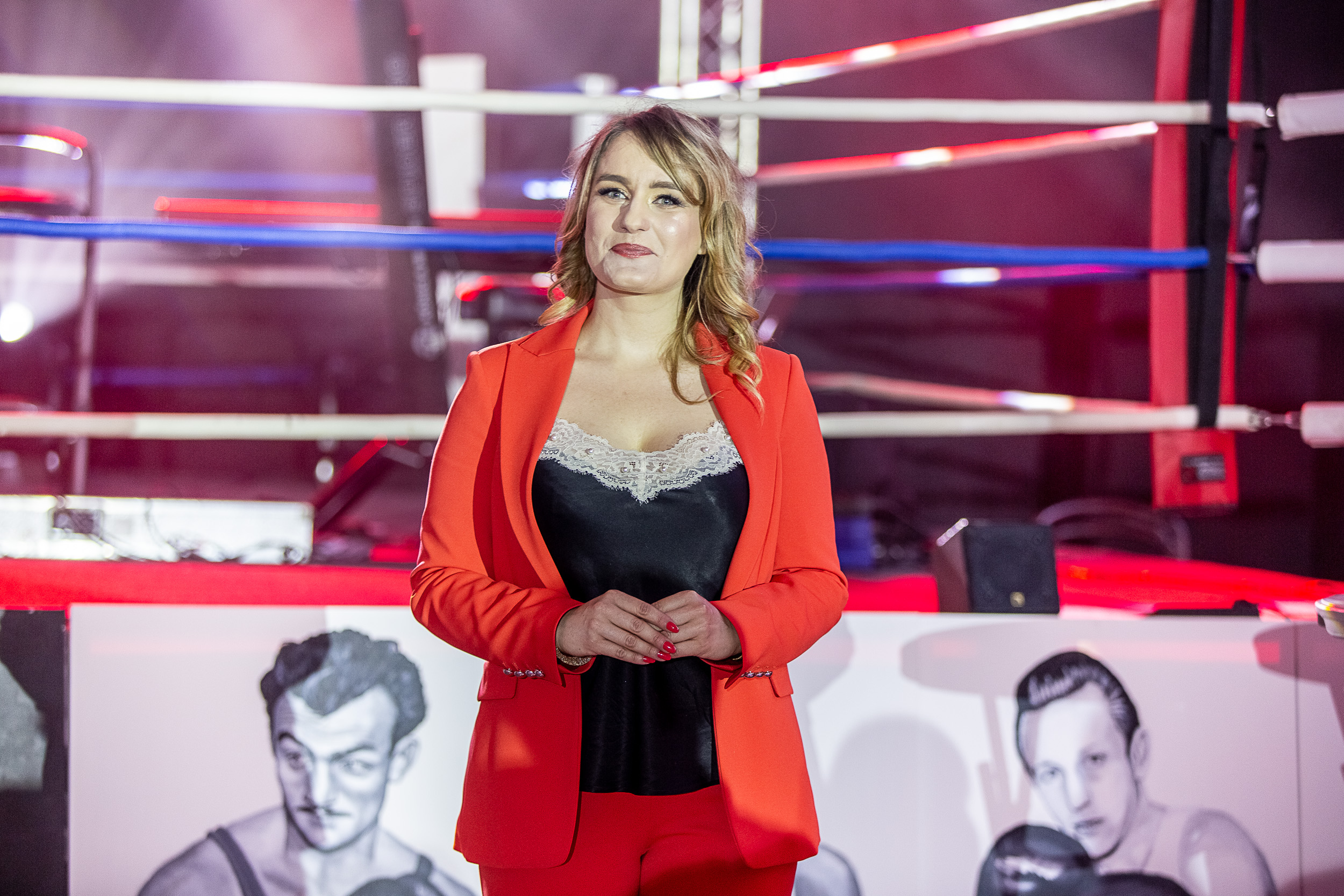 For great granddaughter Paula Stamm, who runs the Feliks Stamm Foundation and a small boxing museum inside Hala Gwardii, it was the culmination of a long battle to have her great grandfather commemorated in public.Kalbar/TFN

“Between bouts, Kulej said he had broken his hand; it looked like it was over,” says Paula Stamm. “Feliks had seconds to motivate him, but he did it. ‘How does Frolov know you’ve broken your hand! Fight with the other one! I’m not throwing the towel in, I’m a coach, and I want to hear our national anthem when we win.”

Stallone couldn’t have written it better: again, the underdog emerged victorious. Again, it was a victory that saw sport intertwine with something even larger. Through his boxers, Stamm channeled a nation’s heart, flag and soul. 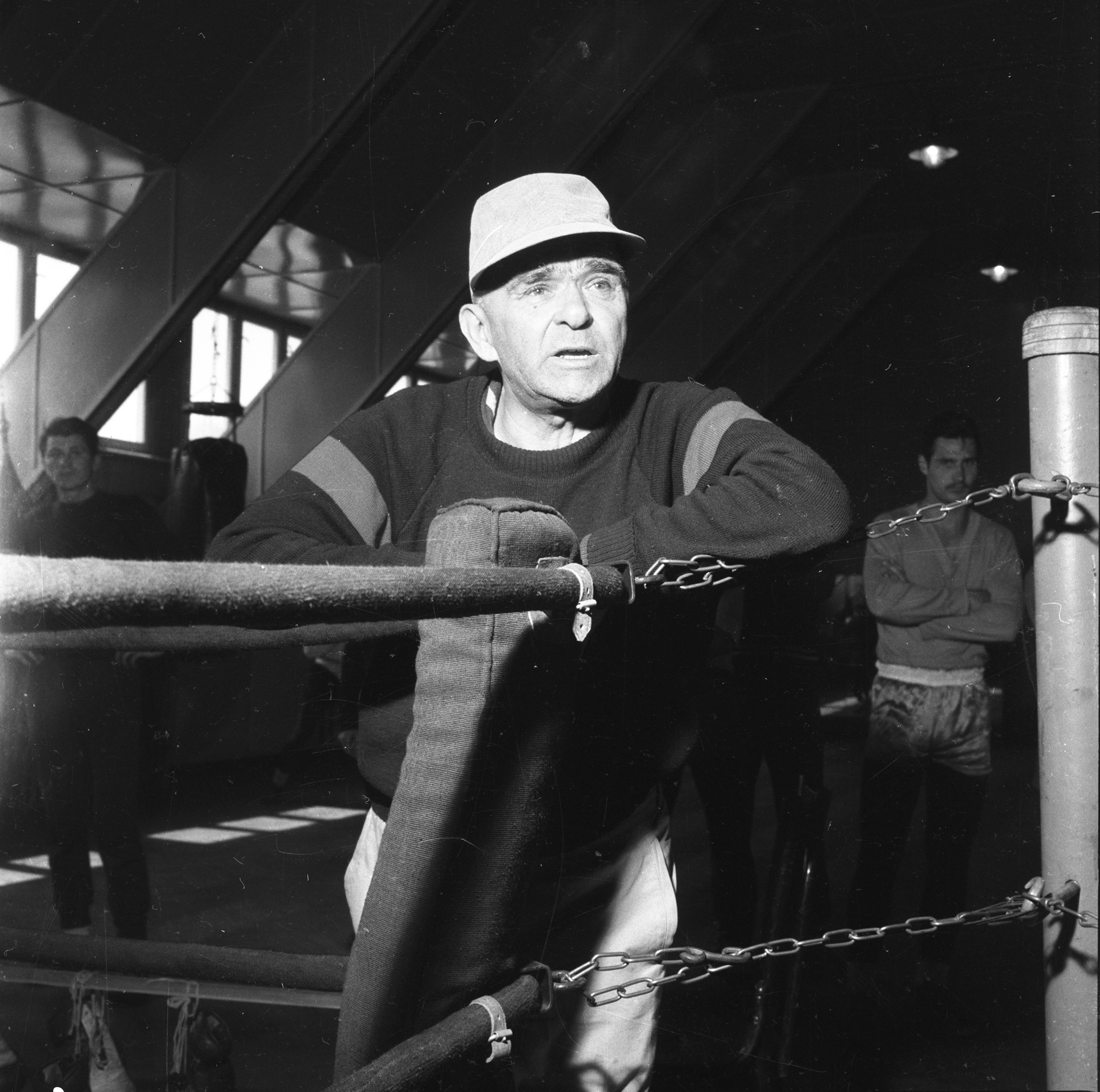 Born in 1901, Stamm entered coaching before WWII, but it was his achievements in the years that followed that truly elevated him to the status of legend. Zbigniew Matuszewski/PAP

To his fighters, Stamm was a father figure and his nickname, Papa, was irreversible evidence of the loyalty and respect he commanded. Over forty-three years since his death, his influence still carries weight, and an international tournament named after him has proved a fertile breeding ground for the fighters of tomorrow. “David Haye competed in the competition at the start of his career,” says Paula, “and when he returned to Poland in 2018 he laid flowers at his grave in Powązki cemetery.” 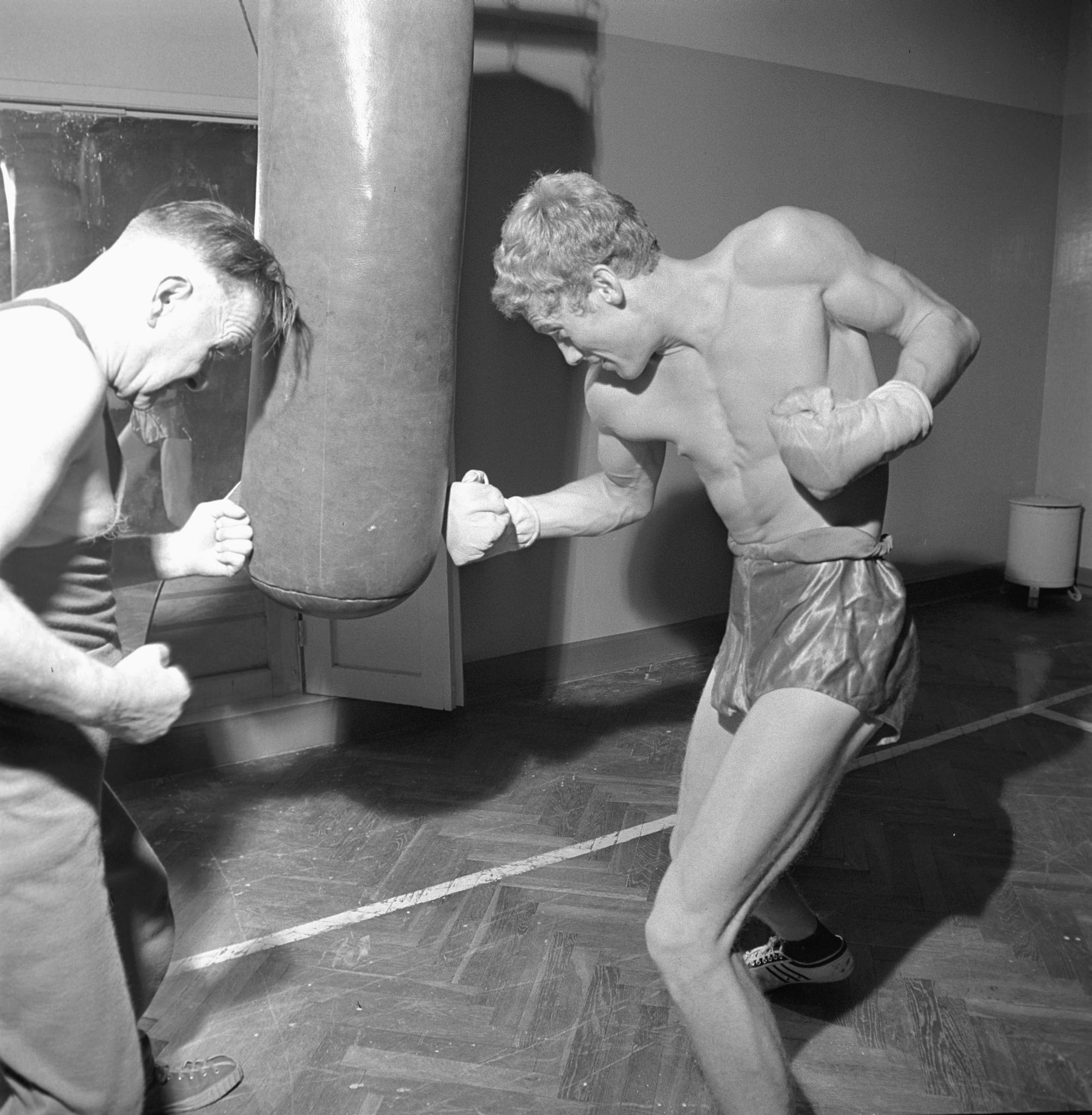 Daniel Olbrychski (R) trained under the supervision of Stamm (L) for the role of Tolek Szczepaniak in Julian Dziedzina’s film Boxer.Witold Rozmysłowicz/PAP

Covered live on television, the ceremony to unveil the statue drew a star-studded crowd that included politicians, screen legend Daniel Olbrychski, and several of the country’s boxing greats: among them, Dariusz ‘Tiger’ Michalczewski. For Paula Stamm, who runs the Feliks Stamm Foundation and a small boxing museum inside Hala Gwardii, it was the culmination of a long battle to have her great grandfather commemorated in public. 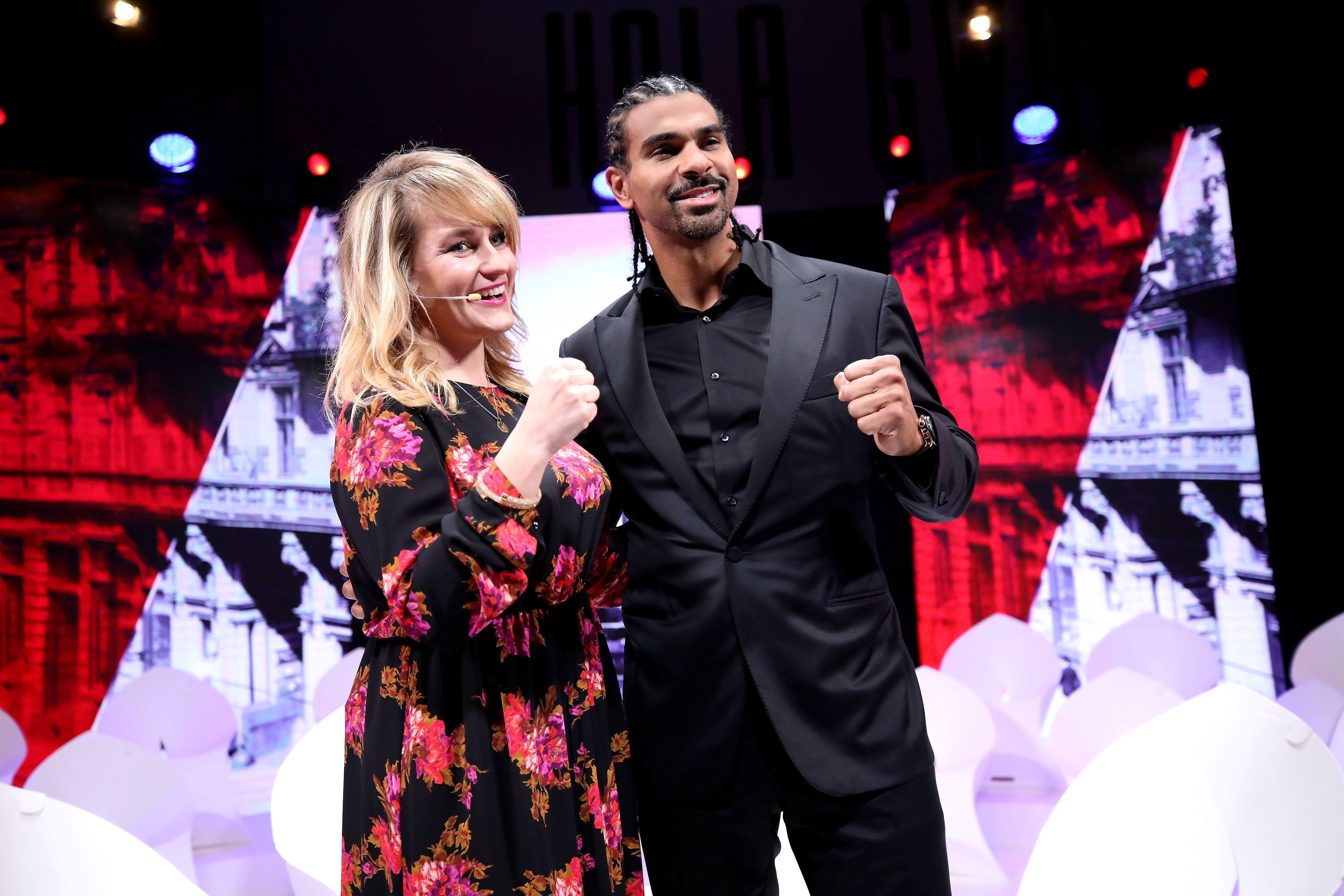 Last year, British heavyweight champion David Haye who at the beginning of his career took part in a competition named after Stamm, met Paula Stamm in Warsaw.  Leszek Szymański/PAP

“I’m so happy that we’ve reached this day,” she told TFN at a private gala that followed the ceremony, “and I think that the statue itself is absolutely amazing.” Depicting Stamm in his coaching pomp, the 260 metre likeness shows the coach with gloves dangling next to his heart and his eyes gazing ahead: “as if looking to the future, searching for talent,” says Paula Stamm. 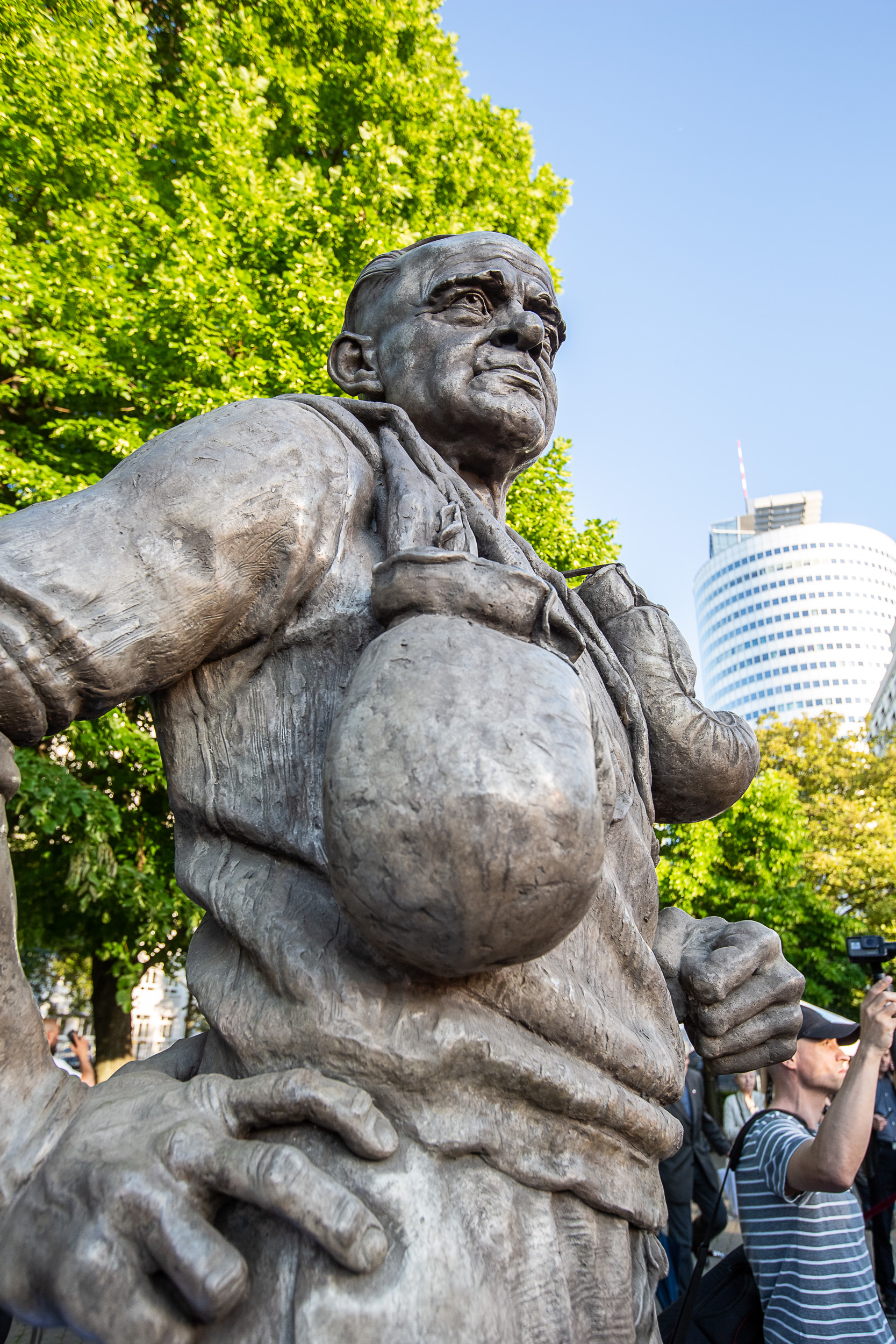 “Feliks embodied fighting spirit,” she adds. “He showed Poles we could win no matter what the odds were. During dark times, he gave us something to be proud of and set an example to follow – he inspired the country and showed that impossible is nothing. I think this statue shows his qualities.”

Yet for Paula, this is only the start. With the statue now in place, a new battle has begun: that to remember Poland’s other boxing heroes and celebrate their feats. “Next,” she adds, “I want to create an avenue of famous Polish boxers leading from the monument to Hala Gwardii.” It’s a bout you’d fancy Stamm to win.