A 95-year-old Italian woman has made a 1,000km trek from her home town of Castiglione delle Stiviere on Italy’s Lake Garda to Poland’s holy site of Jasna Góra.

Intrepid pedestrian Emma Morosini told the Catholic Information Agency that the trip was the latest in a series of pilgrimages she had decided to take at the age of 70 after being cured of a deadly illness. 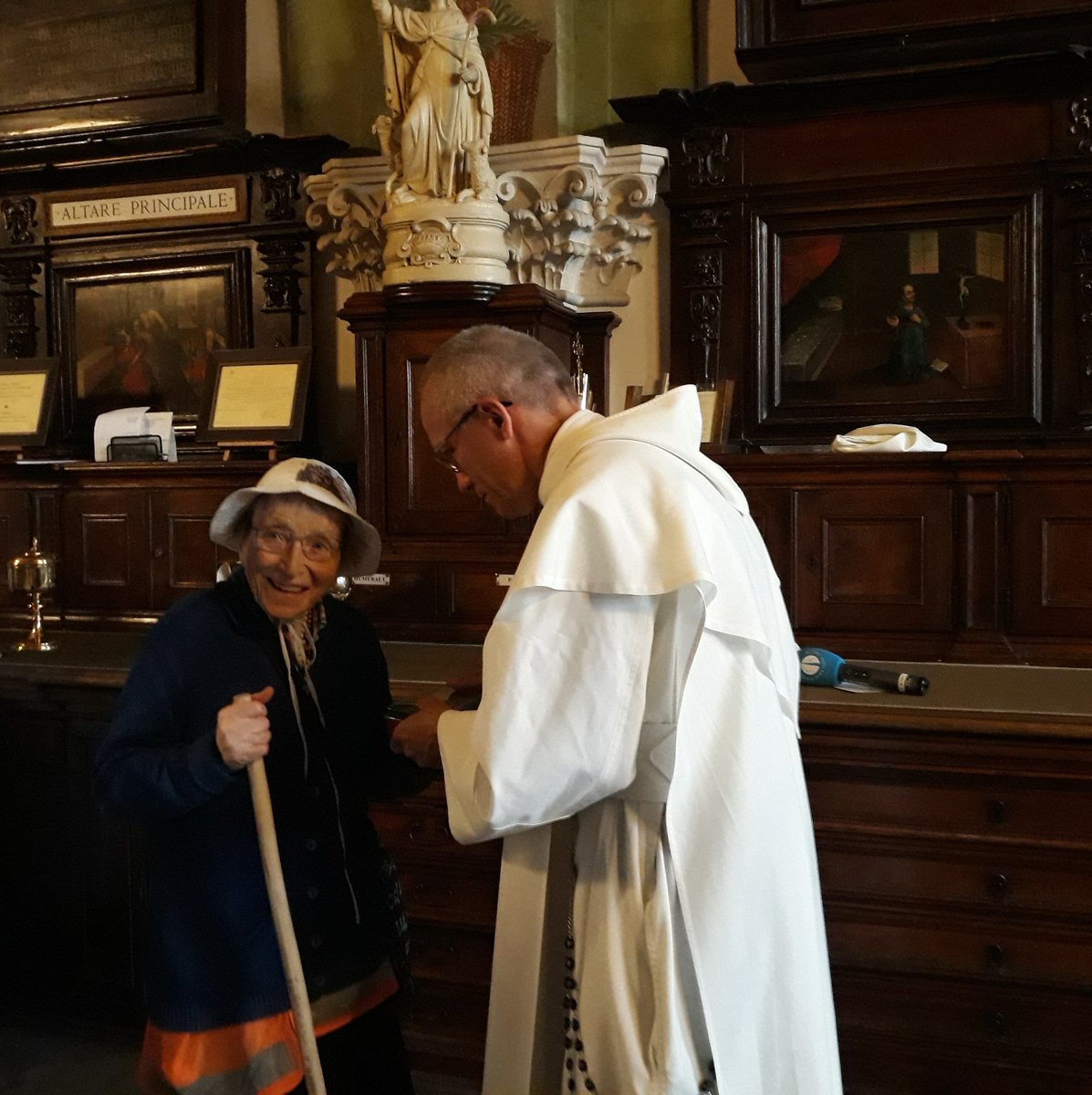 Mrs Morosini said she had been called to Jasna Góra by the Virgin Mary.JasnaGóraNews/Twitter

She said: “I’ve been on the road for 25 years, from the day I was miraculously healed. 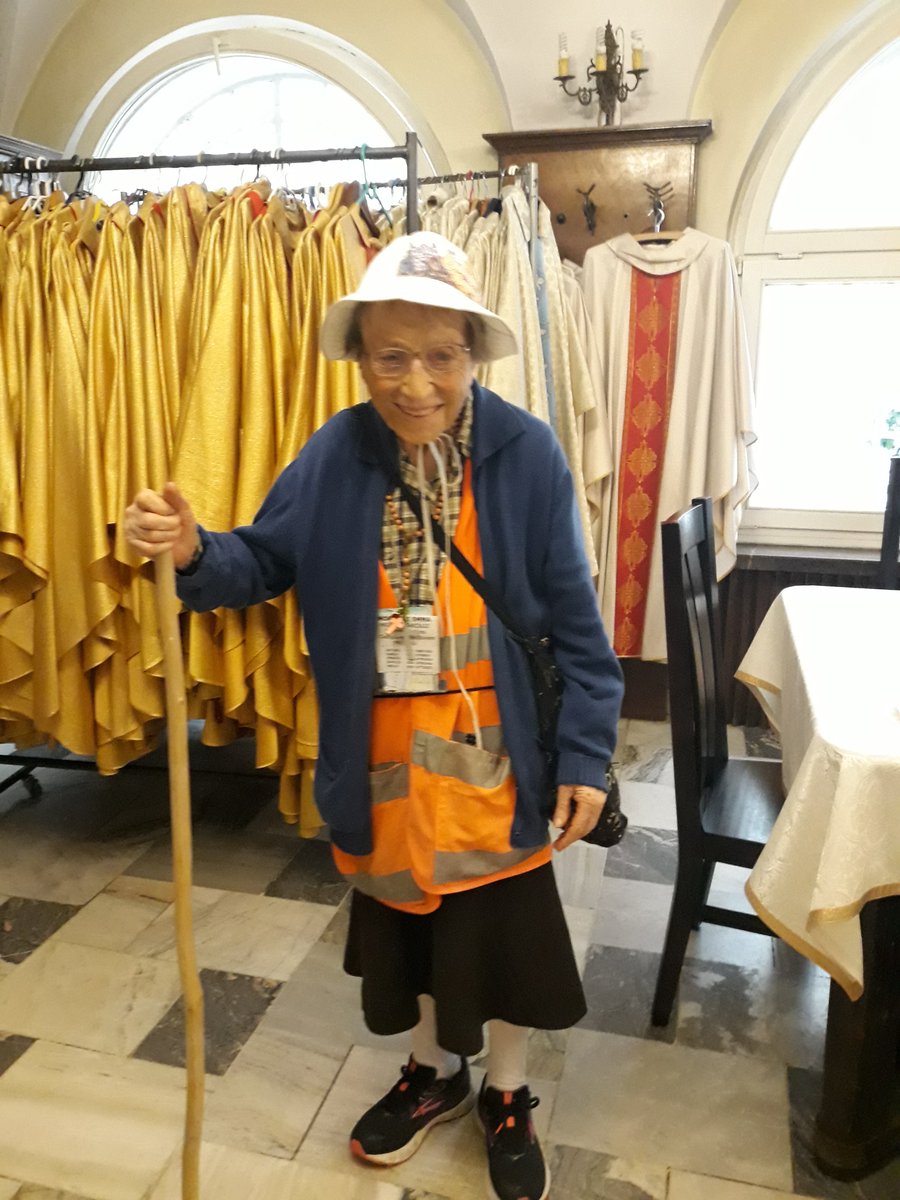 The grandmother made the solo trek wearing a fluorescent orange jacket, white hat and rosary.JasnaGoraNews/Twitter

Previous pilgrimages have taken her to Lourdes and Fatima. But, she said, the Virgin Mary had called her to Jasna Góra.

“I decided that as the final fruits of my life I would bring prayers to the Mother of God here for peace in the world, for priests and for the youth. 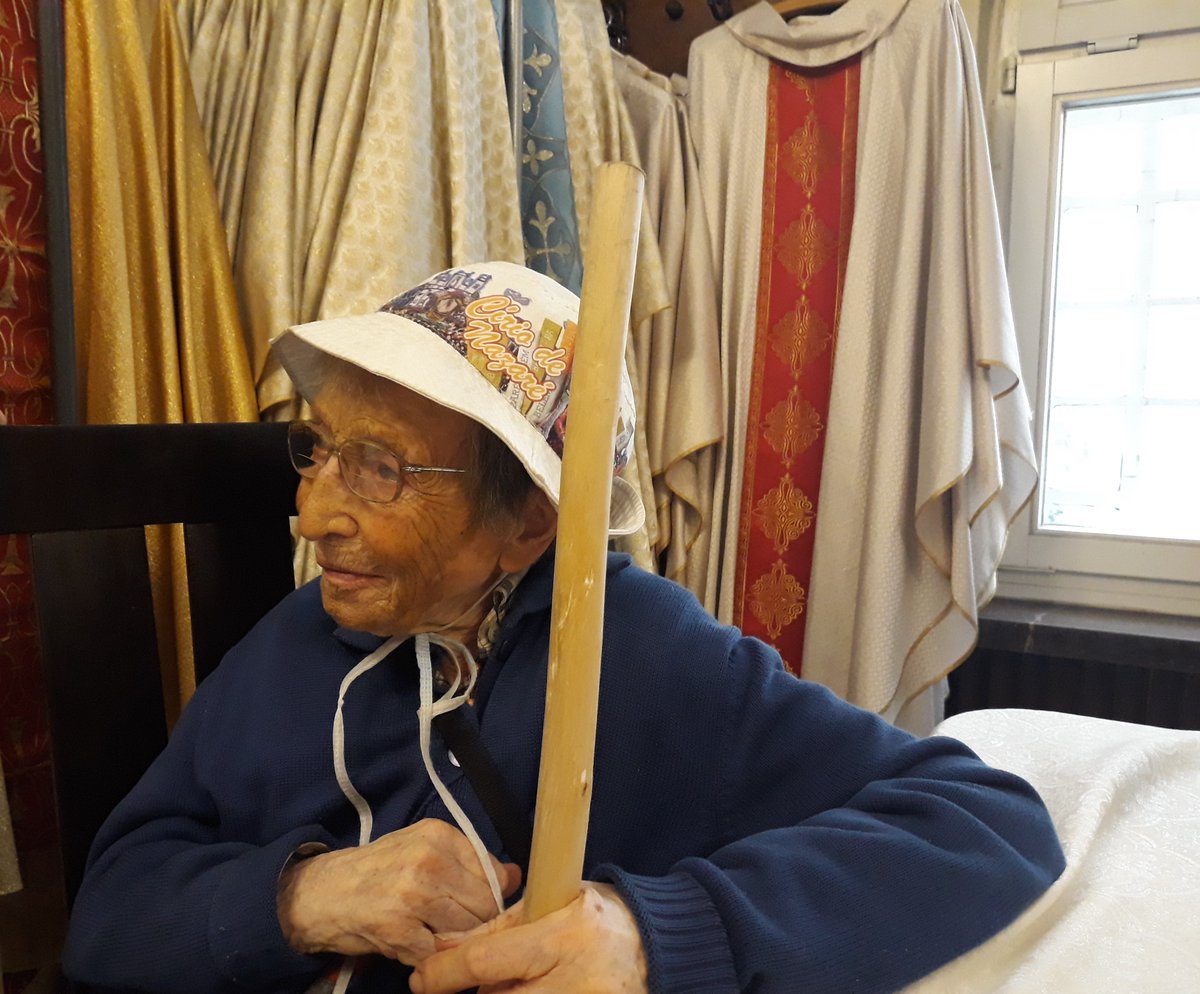 Along the way she stayed at various places including private homes and parishes.JasnaGoraNews/Twitter

“Those are the most important intentions that we can entrust only to Mary,” she said.

Walking from Italy in her recognizable fluorescent orange jacket, white hat and rosary, Morosini said she had help along the way, including from the Polish police, who put her back on the right road when she had gone in the wrong direction. 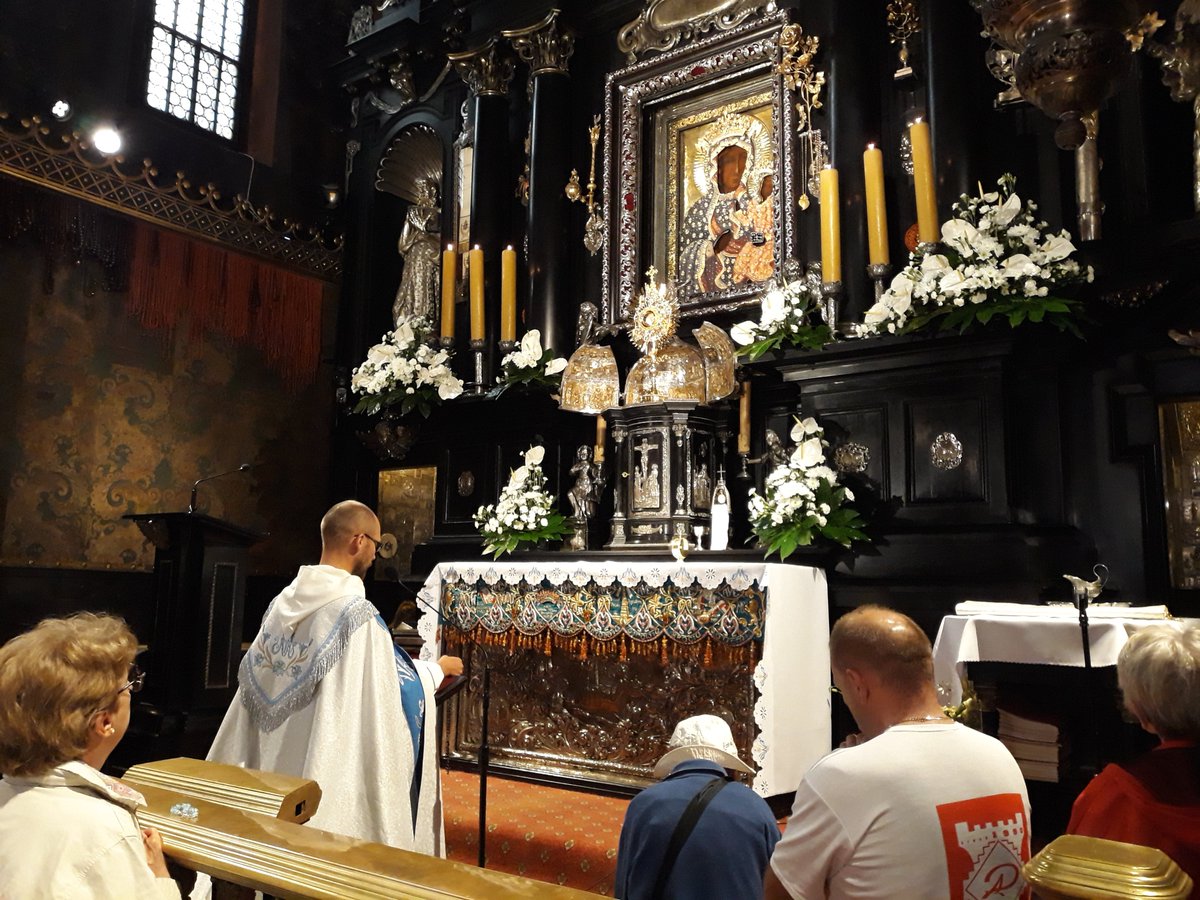 Upon her arrival she said: “I decided that as the final fruits of my life I would bring prayers to the Mother of God here for peace in the world, for priests and for the youth.”JasnaGoraNews/Twitter

In all, the help enabled her to reach she sanctuary in August instead of by the end of the year, as she had expected.

“I asked a wise priest whether I could accept such help on a pilgrimage and he said, ‘you have your years, the Mother of God knows your age and you must not refuse if someone offers help’.”