At the beginning of February 1940, the Soviets started a series of deportations to Siberia from Polish territories that they had occupied since September 17, 1939.

To mark the 80th anniversary of these deportations, the Pilecki Institute in Warsaw has released testimonies from Poles who were the victims of Stalin’s policy of sending Poles into the depths of the Soviet Union.

The institute has posted 268 memories and accounts of people who experienced Soviet repression on its Chronicles of Terror website.

Bartosz Gralicki from the Pilecki Institute explained that the testimonies come from several hundred people who survived thanks to the Sikorski-Majski Agreement of August 1941, which led to the creation of a Polish army composed of people deported in 1940.

Their accounts were collected during the Second World War and they reveal the horror of arrest, the tortuous journey east and the difficult conditions in the camps. 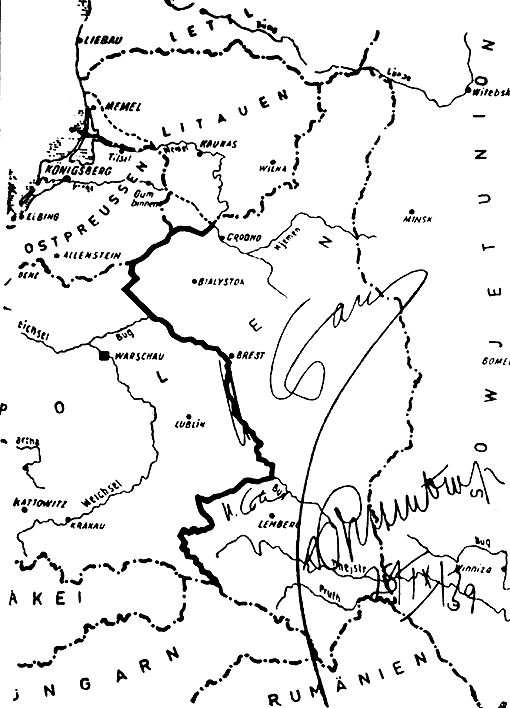 "Second Ribbentrop–Molotov Pact" of September 28, 1939. Map of Poland signed by Stalin and Ribbentrop adjusting the German–Soviet border in the aftermath of German and Soviet invasion of Poland.  Public domain

On 10 February 1940, in order to cleanse the region of what Stalin considered an internal hostile population, the Soviet authorities carried out the first of four mass deportations of Polish citizens, during which, according to NKVD data, about 140,000 people were deported to northern regions of Russia and western Siberia.

The decision to start the deportations was made on December 5,1939 and over the next two months, lists of those who were to be the first victims were drawn up.

According to Gralicki, the victims of the first mass deportation were mainly government workers. "These were foresters and policemen with their families, military settlers, all the people who constituted the organic tissue of Polishness in the Eastern Borderlands and who were imaginary or real threats in the policy of the Soviet authorities," he said.

In the Soviet nomenclature these people were considered to be “socially dangerous”.

The deportation carried out by the NKVD took place in terrible conditions, which resulted in many deaths. 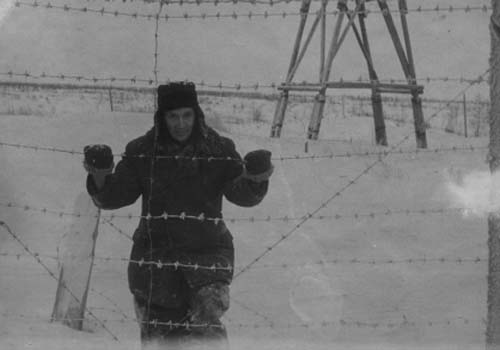 The Siberian Association, which groups together former exiles, estimated that the Soviets deported 1.3 million Polish citizens, a third of whom died.IPN

Augustyn Bolesław, a post office worker, explained how the NKVD took people away: “During night raids, in order to prevent people from escaping, people’s homes were surrounded.

“Those who were detained were thoroughly searched, and so were their apartments. The detainees were told they were being taken home, and by home the Soviets meant the places people had indicated in the questionnaires mentioned above.

“Some were given half an hour, others even less. Then they were taken, usually without having been allowed to pack everything up, to assembly points.”

Stanisława Iwańcuk, who was deported to Kyrgyzstan, remembered when the NKVD arrived at her home: “I heard some shouting at my door. Since I was already awake, I listened in bewilderment.

“When they entered, they immediately began to search for weapons and told us to get ready. There were 10 of them, and each was so belligerent and hostile that we were gripped by fear. Their first words were: you must be packed within half an hour. 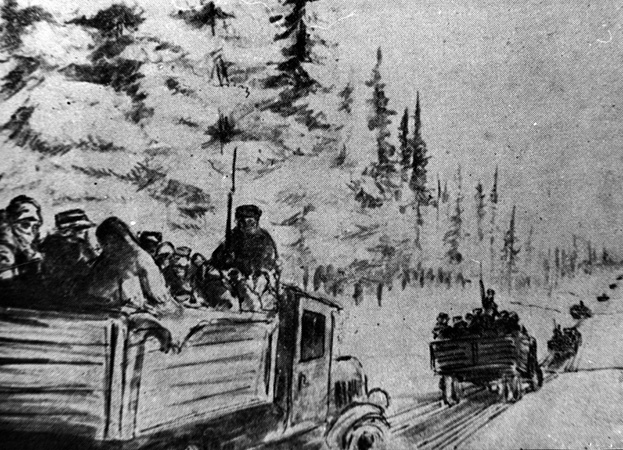 Often, the final leg of the journey took place by truck or on foot.IPN

“My brother’s children began to cry and so did I; I simply didn’t know what was going on. Out of fear, the children ran off to friends three kilometres away, so they began to look for the children and were very angry.”

The deportees were transported in freight wagons with barred windows. Each wagon was loaded with 50 people, and sometimes more. The average transport consisted of 55 freight wagons for the deportees, one for the guards, four for heavier luggage and one for sanitary facilities. A typical transport numbered about 1,200-1,500 people.

The guards were supposed to give deportees one hot meal and 800 grams of bread per person each day. However, what the deportees actually received depended on the goodwill of the guards.

The journey to the destination could take several weeks. The conditions during the transport were appalling. Some estimates say that as many as 10 percent of deportees died during the journey. They died of cold, hunger and exhaustion. The temperature reached -40C. 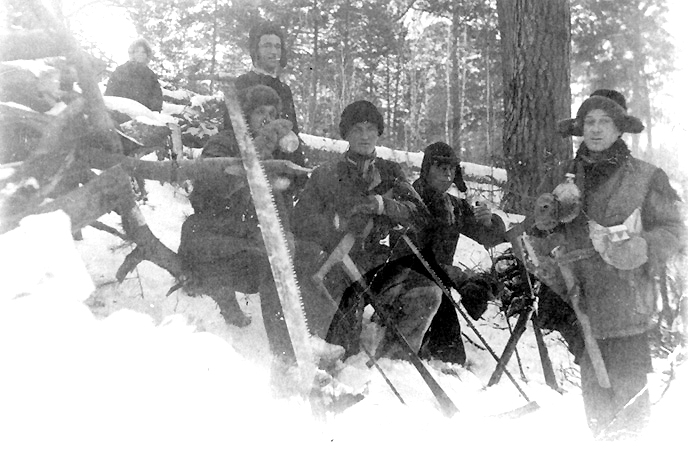 “We were forced to work from the very first day: men and girls worked at logging, and young boys at transporting timber.”IPN

Stefania Dziekońska, who was 22 when she was deported to the Arkhangelsk Oblast, recalled the conditions: “[W]e were loaded into goods wagons, which were then sealed. The wagon was cramped, dark, and stuffy, and we didn’t have any water. We travelled in these conditions for four weeks. During this period we were issued soup three times and bread a few times.”

Often, the final leg of the journey took place by truck or on foot. Stanisława Iwańcuk recalled: “[We] had to go on foot. And so we travelled for two weeks. We rested during the day and travelled at night. As a result, many children froze to death.

“I myself went through a lot: I had a child in the train, but during the two weeks we spent walking it was very cold and we had nothing to eat, and as a result the child died of cold and hunger.”

When the deportees arrived, slave labour, poverty, disease and hunger awaited them. The first wave of deportees were placed in work camps. 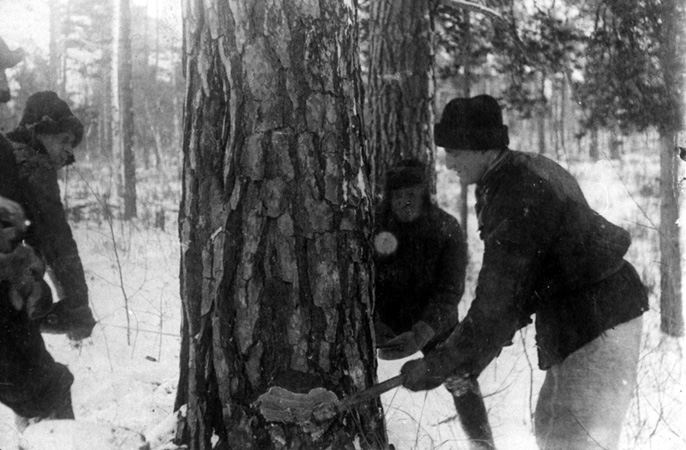 Stefania Dziekońska described the conditions: “We were forced to work from the very first day: men and girls worked at logging, and young boys at transporting timber. In summer, some people worked at making hay. I always had to work at felling trees. This work was horrible and hard for me. In winter we waded waist-deep in the snow and the temperatures fell to 50 degrees below zero, and in summer we were pestered by swarms of mosquitoes and virulent midges.”

The total number of Poles deported in 1940-41 is not known. According to NKVD sources, in the four mass operations around 320,000 people were exiled.

However, Polish historians have suggested that these figures may not include all those who were deported.

Several years ago, the Siberian Association, which groups together former exiles, estimated that the Soviets deported 1.3 million Polish citizens, a third of whom died.

Remembering the 16: the Soviet betrayal and arrest of 16 Poles of the underground state