“It was the best decision:” how a scholarship to school of British royals helped set author on the road to success

Not many Polish writers can claim that a famed public school beloved—and sometimes loathed--by generations of British royals has had a defining influence on their careers, but Marcin Kozioł can.

The best-selling writer was the first Pole to win a scholarship to Gordonstoun, a fee-paying school set in the dramatic scenery of the Scottish highlands. Founded in 1934 the school has an illustrious—to put it mildly—roll of honour. Prince Charles, a man born to be king, spent his schooldays there, as did his father Prince Philip, his two brothers and his niece and nephew Zara and Peter Phillips.

It was while he was walking along a school corridor once trod by future kings, and the children of countless millionaires, in 1994 that the 16-year-old from the small town of Chrzanów in Małopolska came across a theatre.

Intrigued and captivated by the chance to study theatre and unleash his imagination, he jumped at the chance, switching some of the focus of his studies from science to the arts.

“It was the best decision,” he says some 26 years later in his house just to the south of Warsaw. “I would have had big regrets if I had not changed. I have always loved creating worlds and stories.” 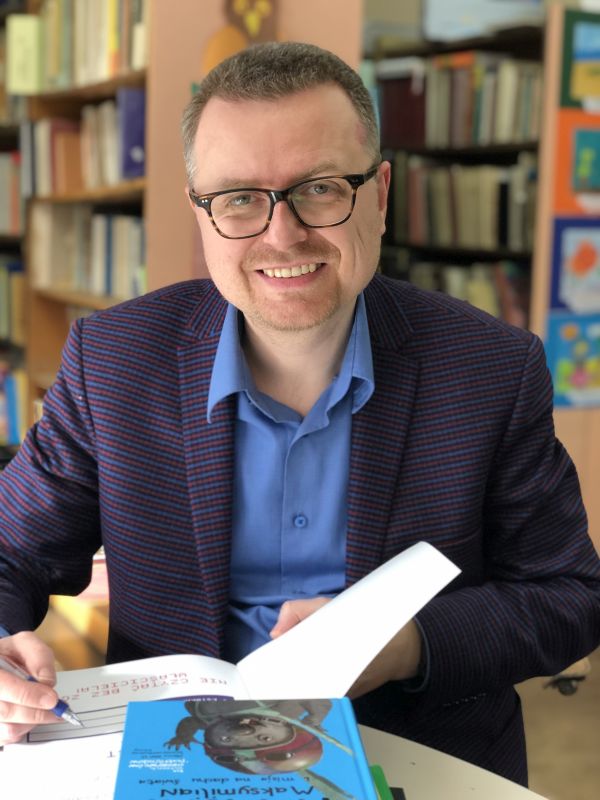 “I thought I wanted to go to a school somewhere else, where I could learn not just knowledge but practical skills as well,” says Kozioł.Katarzyna Chrzanowska-Kozioł

The decision helped propel Kozioł along the road to become one of Poland’s most successful authors of children’s literature. Kozioł has now sold over 100,000 books—an impressive figure by any standards—which teach children about the world through an enticing mix of adventures, exciting plots and general knowledge. They become firm favourites with youngsters across the country.

And just how Kozioł ended up at Gordonstoun is a story in itself.

He was watching the television one day in the early 1990s and he heard that an organisation called United World Colleges was offering scholarships.

“I wanted to open myself up to new things,” he recalls. “In Poland at the time schools were just pushing nothing but knowledge and facts. I wanted to learn something more. I thought I wanted to go to a school somewhere else, where I could learn not just knowledge but practical skills as well.” 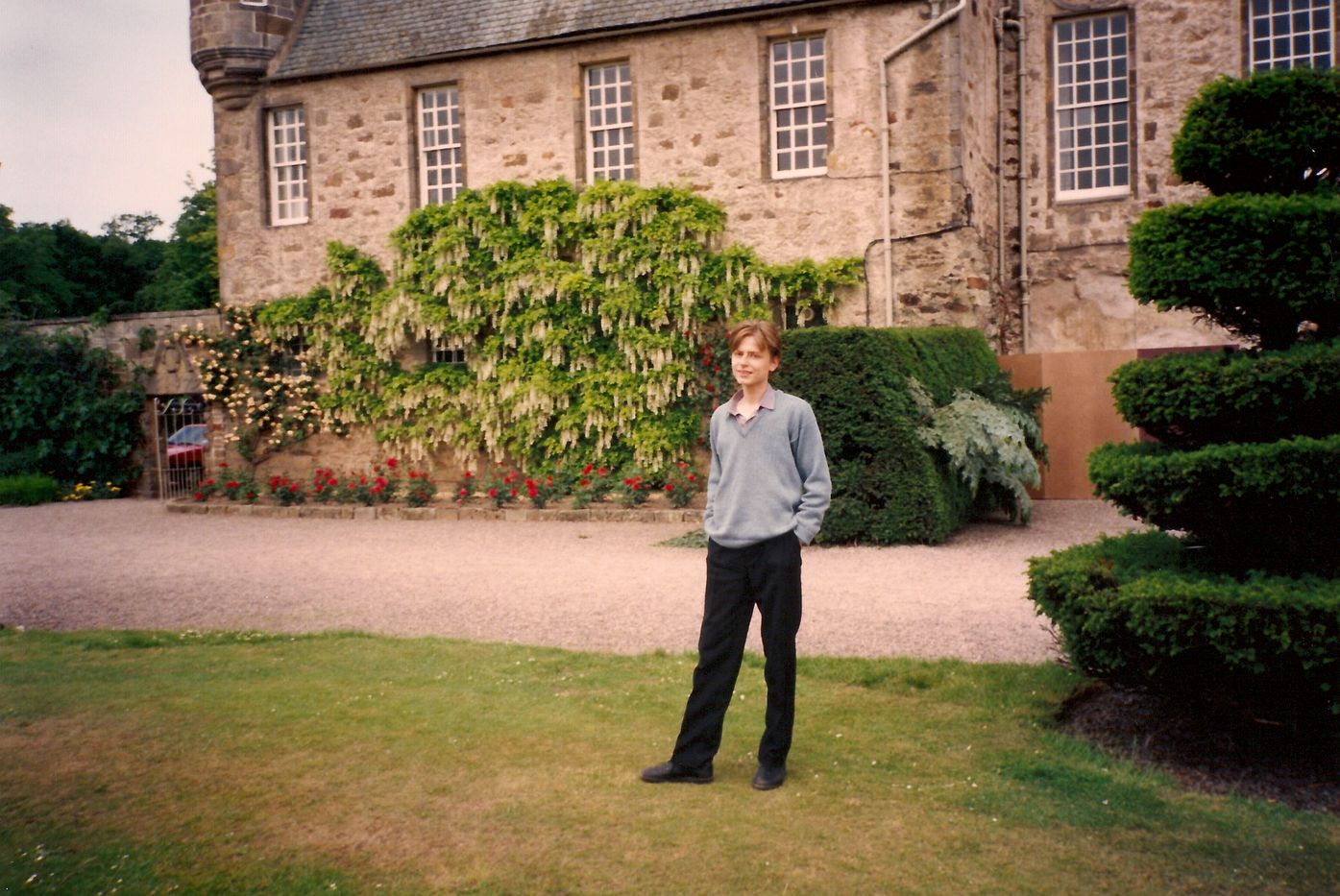 Kozioł explains that he didn’t choose Gordonstoun, it chose him, and he knew little of the school before he started his two-year scholarship in 1994.

He also knew little of fellow pupils some of whom came from famous families or families with considerable amounts of money.

“I was in one group with Peter Phillips, the Queen’s oldest grandson, and, to be honest, I didn’t know that he was the guy who was the grandson of the Queen,” recalls Kozioł. “You couldn’t tell who came from families doing only so-so when it comes to finances and those who were super-rich and had their own jets.

“You had to follow the schedule and to the same things as everybody else no matter how rich you were, or if you were the grandson of the Queen, or if you were just a boy from Poland, and that was wonderful. There was no chance for anyone to feel that they were the kings of the world. I never felt inferior. I felt very comfortable, and it was a great place to work together.”

The education and the opportunities Gordonstoun gave Kozioł helped him on his way through life. After university he worked first as a journalist before moving into business by helping firms adapt to new technology, a move that helped him indulge in his life-long love of computers and science.

Despite life in the corporate world he maintained a love of words and stories, and that love made its way to the surface on train journey in India, taken when Kozioł was between jobs. 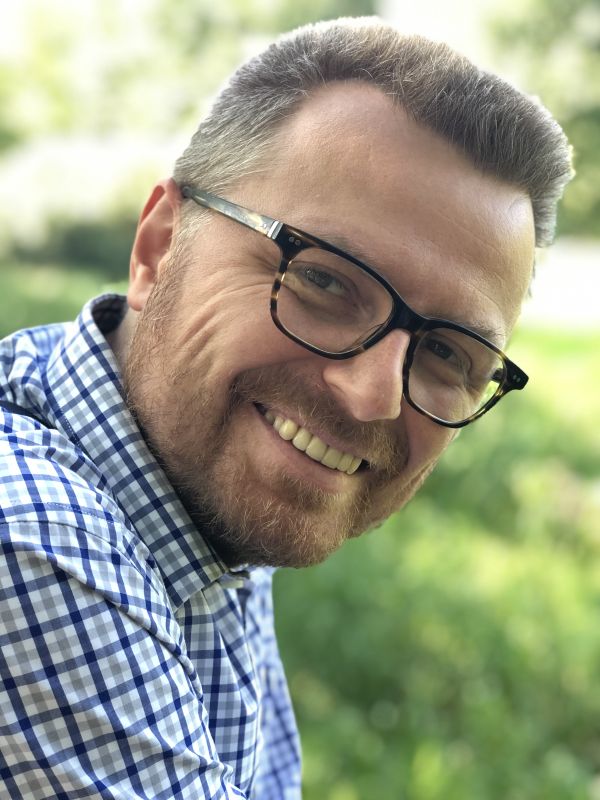 “I was on a train to Darjeeling, and it stopped somewhere in the middle of nowhere and I thought about a good book to write about for teens,” he says. “I have always liked teen books and still read them.

“I thought it would be great to write something that are full of incredible adventures but would also show the life of Nicholas Tesla, who was not that well known in Poland. So I researched Tesla’s life and started writing. It came out in 2014 and turned out to be quite successful.”

The “quite successful” book paved the way for a string of literary hits that were soon occupying bookshelf space in children’s bedroom all over Poland.

One hit was a series of books about Maximillian, a globe-trotting wombat, which educate and entertain in equal measure. A recent production has been a non-fiction piece on computers, adding to the list of 16 books he has penned altogether, and ensuring that something he thought at one point would only be just a hobby has become a full-time profession.

“I had a meeting today at a school and a kid came to me and told me that this was the best compulsory reading book he has ever had,” says the writer with a smile. “Usually kids are allergic to these kind of books but this was the first one he enjoyed. That was one of those moments that made me understand that I made the right decision to become a writer.”

Auschwitz Museum to offer scholarships to conservators from Ukraine