Israel’s ambassador to Poland has denied claims in a Jewish newspaper that the Israeli PM Benjamin Netanyahu accused the Polish nation of collaborating with the Nazi regime during WWII.

On Thursday, The Jerusalem Post reported that during his stay in Warsaw, where he is attending the Middle East conference, Netanyahu was asked a question about Poland bringing civil proceedings against people who accuse the Polish nation of participating in war crimes. 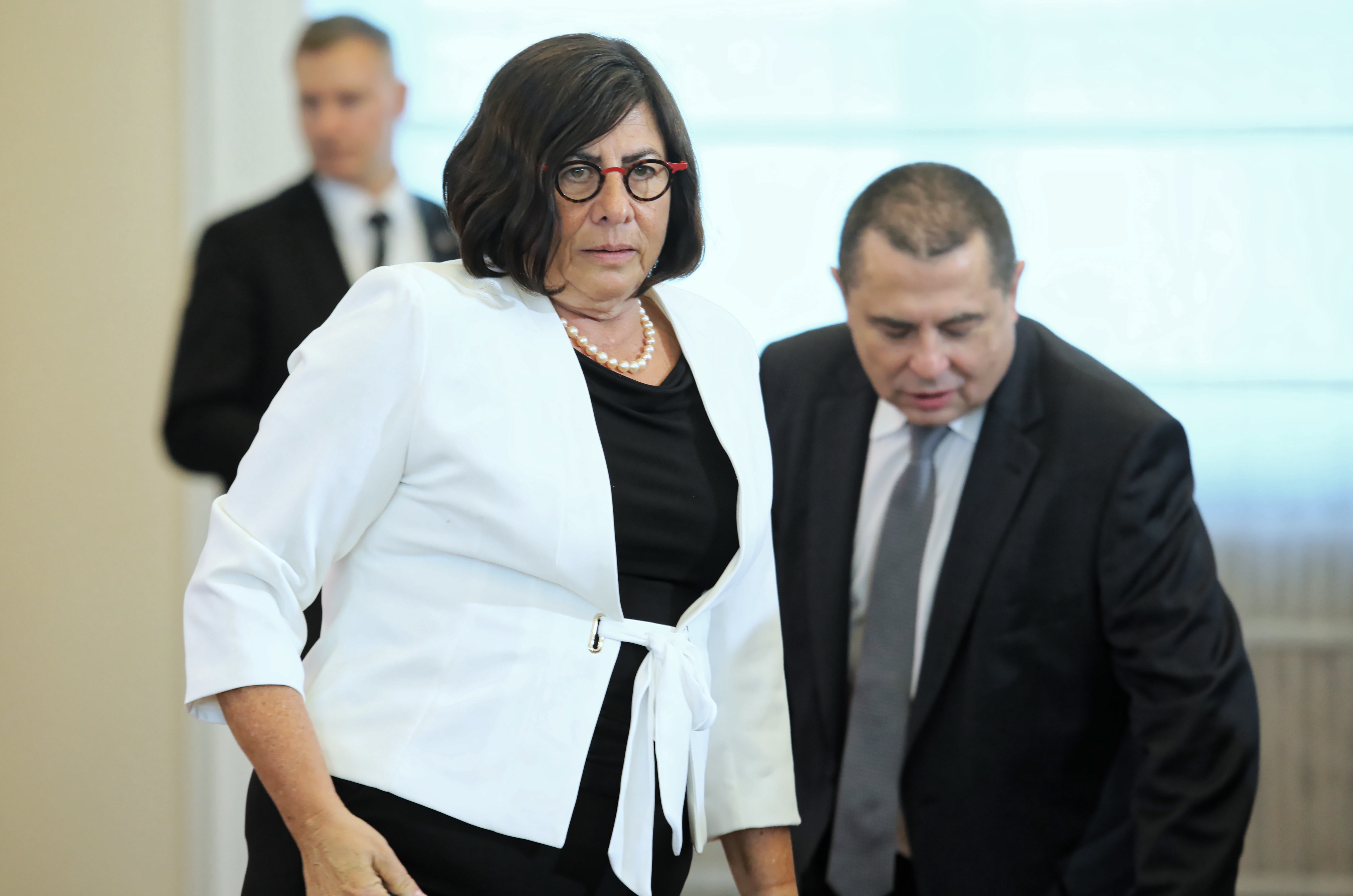 Israeli’s Ambassador to Poland, Anna Azari, denied the claims, saying: "I was present at the prime minister's briefing and he did not say that the Polish nation collaborated with the Nazis, only that no person was sued for making statements about those Poles who had collaborated with them.” Leszek Szymański/PAP

According to the paper, the PM replied that Poland helped Germans kill Jews during the Holocaust, and, without quoting him, that no one had been prosecuted for saying such.

The Israeli Ambassador to Poland, Anna Azari, has now denied the claims.

She added: ”First of all, Prime Minister Netanyahu wants to thank (sic) for a warm welcome during his visit.

“As regards the Israeli press briefing, when answering the question about the joint declaration of two Prime Ministers [of 27 June 2018], Prime Minister Netanyahu said he was maintaining it and added, that nobody was sued for stating that there were Poles who individually collaborated with the Germans.” 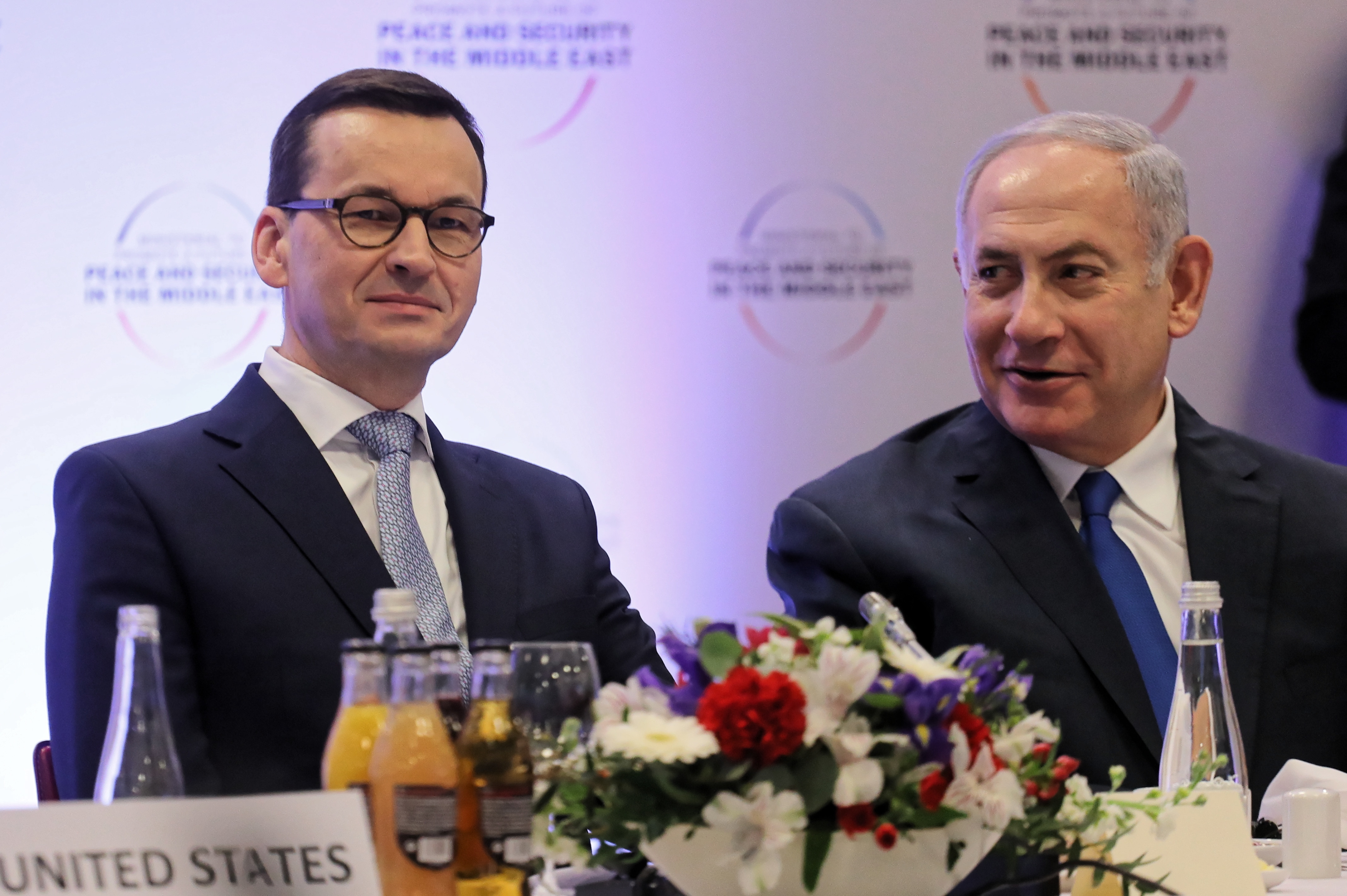 Netanyahu (pictured with Polish PM Mateusz Morawiecki) was in Warsaw for the Middle East Conference.Paweł Supernak/PAP

This morning (Friday) the head of the Polish President's Office, Krzysztof Szczerski, wrote on Twitter: "We received official explanation from the Israeli side as regards the quotation of the Israeli Prime Minister's alleged words, and it seems that the article in @Jerusalem_Post is an example of malicious journalistic manipulation."

He added: “It’s good that this has been clarified after our intervention” and thanked representatives of Israel for "effective cooperation in this matter.”

The so-called Holocaust Law (the Act on the Institute of National Remembrance) was passed in March 2018 and caused a diplomatic row for one section which penalized assigning responsibility to the Polish nation or state for, among other things, Nazi crimes. 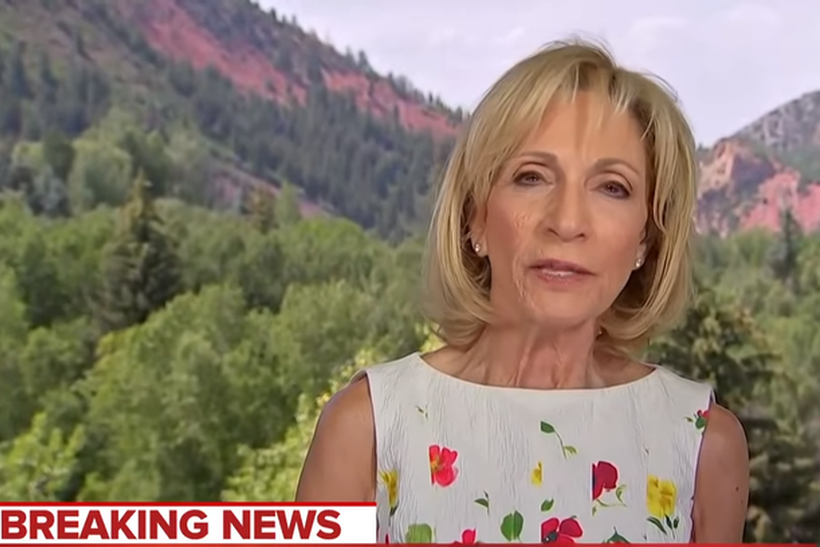 Earlier this week, American journalist Andrea Mitchell came under fire for reporting that Jews were “fighting against the Polish and Nazi regime” in the Warsaw Ghetto Uprising.YouTube

In June 2018, Poland withdrew the entry, and Prime Minister Mateusz Morawiecki and the Prime Minister of Israel in a joint statement stated that Israel does not agree to the act of attributing guilt to Poland or the Polish people for atrocities committed by the Nazis and their collaborators.

Earlier this week, an American journalist came under fire for reporting that Jews were “fighting against the Polish and Nazi regime” in the Warsaw Ghetto Uprising.

Following an interview with US Vice-president Mike Pence at the Middle East conference in Warsaw, MSNBC journalist Andrea Mitchell reported that Pence and his wife's visit to Poland included an engagement at the site of the Warsaw Ghetto Uprising, where in 1943 Polish Jews were fighting "for a month against the Polish and Nazi regime”.

No, no, no! Poland’s US Embassy rebukes reporter’s inaccurate reporting that WWII Jews fought against ‘Polish and Nazi regime’

Zamość: Shortlisted as one of the seven wonders of Poland