While 2020 has proved catastrophic for many businesses, one Polish MedTech start-up has seen its popularity crest after receiving industry acclaim for its ground-breaking products

Founded by Łukasz Krasnopolski and Michał Biernat, Higo Sense have soared in reputation after a telemedical device created by the firm was named one of the twelve most innovative medical products of 2020 at the Medica trade fair. 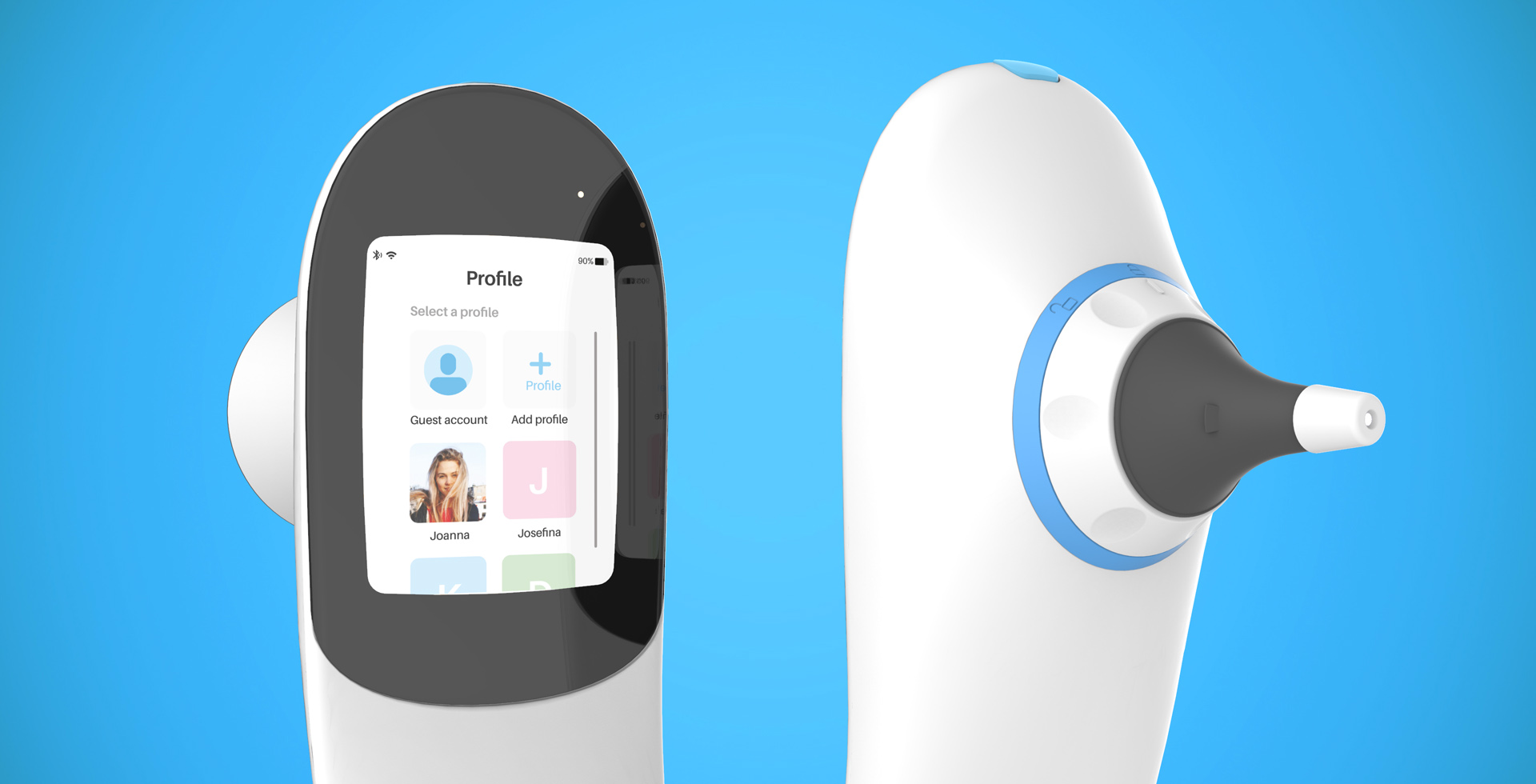 Though similar to a smartphone, functions include a thermometer, spatula, dermatoscope, otoscope and stethoscope.Higo Sense

“The central unit has a display, rechargeable battery, speaker, processing power and a camera,” Michał Biernat told TFN. “It has many similarities to a smartphone, though it comes with five distinct additional attachments.

“These include a digital stethoscope that can listen to the lungs, stomach and the heart, as well as monitor the heart rate and analyze breaths and coughs – something unique on the market. Moreover, all of the attachments twist on and off easily, and the product also has a thermometer, a spatula for examining the throat and an otoscope for checking ears. 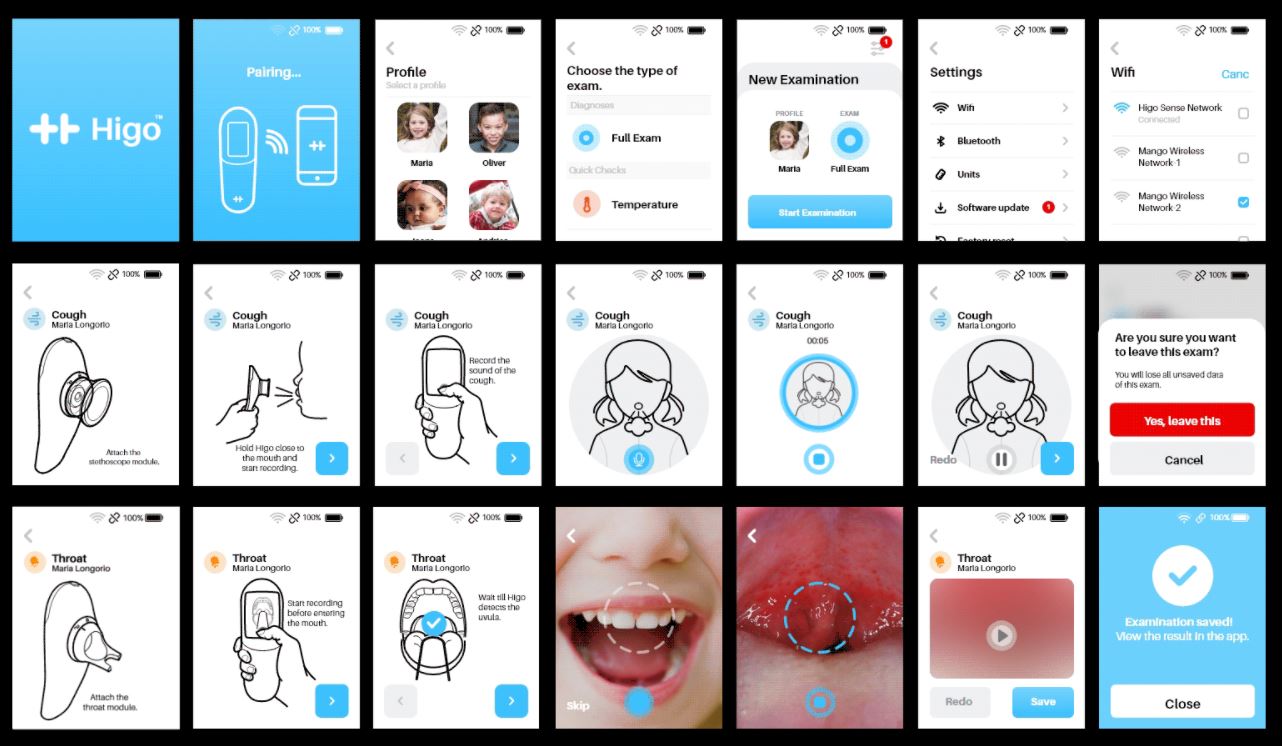 Easy to use, the central unit has a display, rechargeable battery, speaker, processing power and camera.Higo Sense

“Finally,” adds Biernat, “we have a dermatoscope which helps check the skin by regulating the light conditions from which images of the skin are taken.”

The device was developed following extensive consultations with doctors and medical professionals who advised not just on which attachments should be included, but also how the data could be presented. 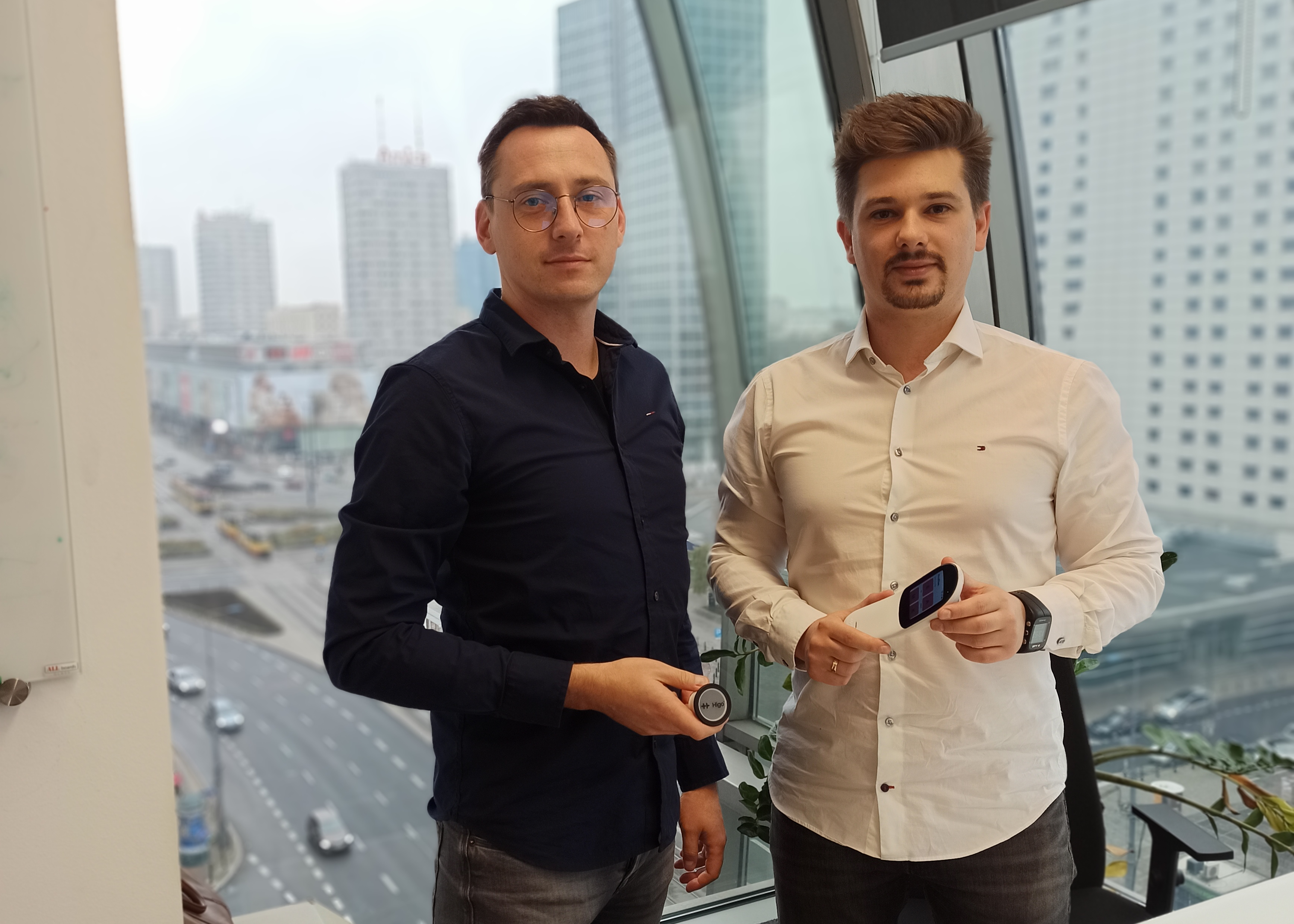 “Higo isn’t just a device but an ecosystem that can diagnose and manage the treatment of a patient,” continues Biernat. “On the mobile we have a medical survey that will take you through an assessment of symptoms to find a possible cause of the patients problem and which can then recommend which tools to use for diagnosis.”

The company, which only started working on prototypes of the device at the beginning of 2019, has already captured attention around the world but remains focused on first delivering its products to European customers and partners. Guaranteeing diagnosis within one hour, the device is expected to be available in ten EU countries by the start of Q1 2021. 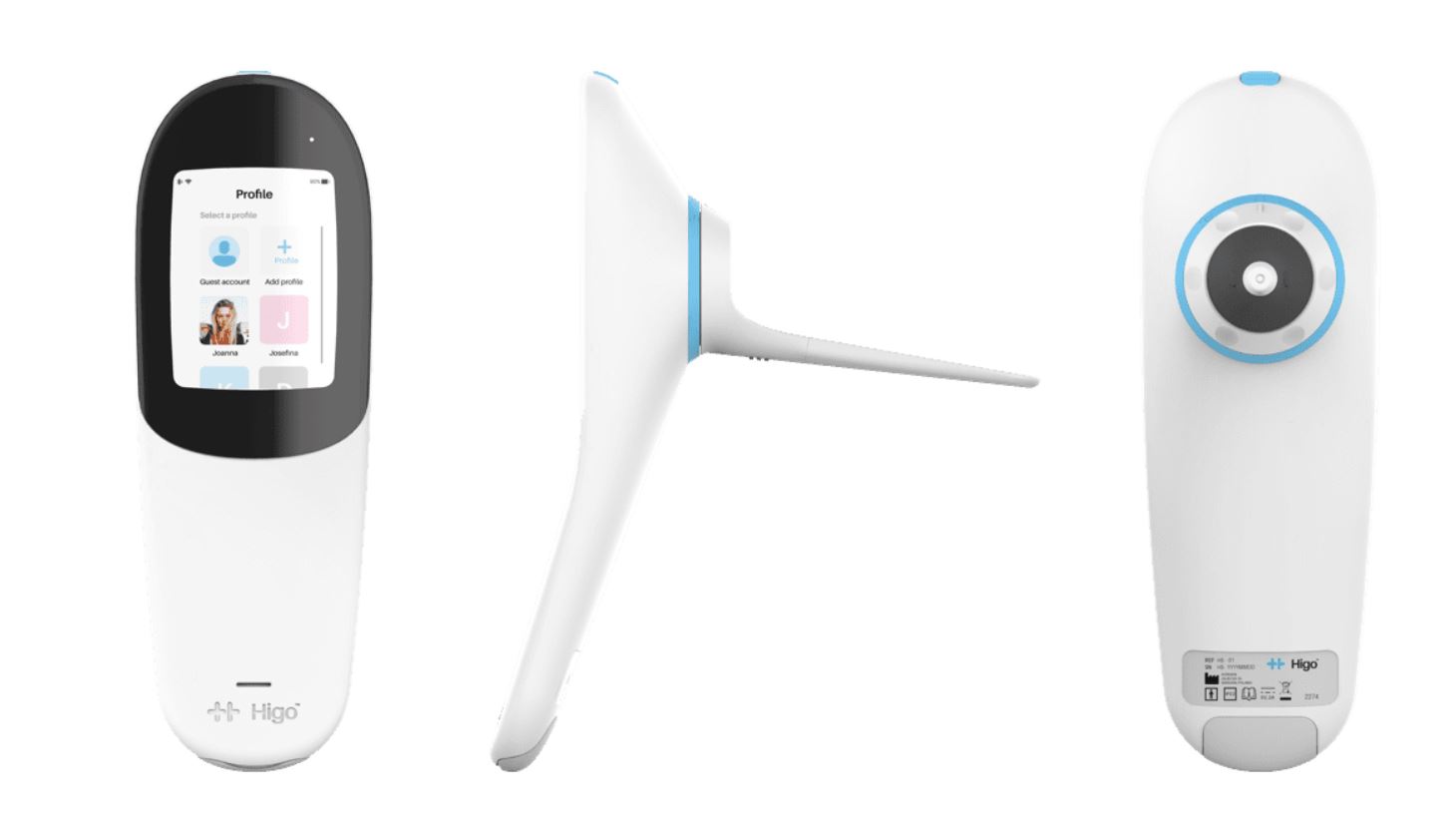 The device was developed following extensive consultations with doctors and medical professionals.Higo Sense

“In Poland electronic prescriptions are already available,” Krasnopolski says. “From talking to our European partners we know that this will be implemented across the EU very shortly. From 2021 due to healthcare system integration with the EU a prescription from Poland will be honoured in other European countries in Europe depending on the readiness of each.”

The device will be targeted at customers who wish to stay home looking after their family. Though initially developed with parents and children in mind, it has since been tweaked to include a home diagnostic system that can be beneficial to entire households. 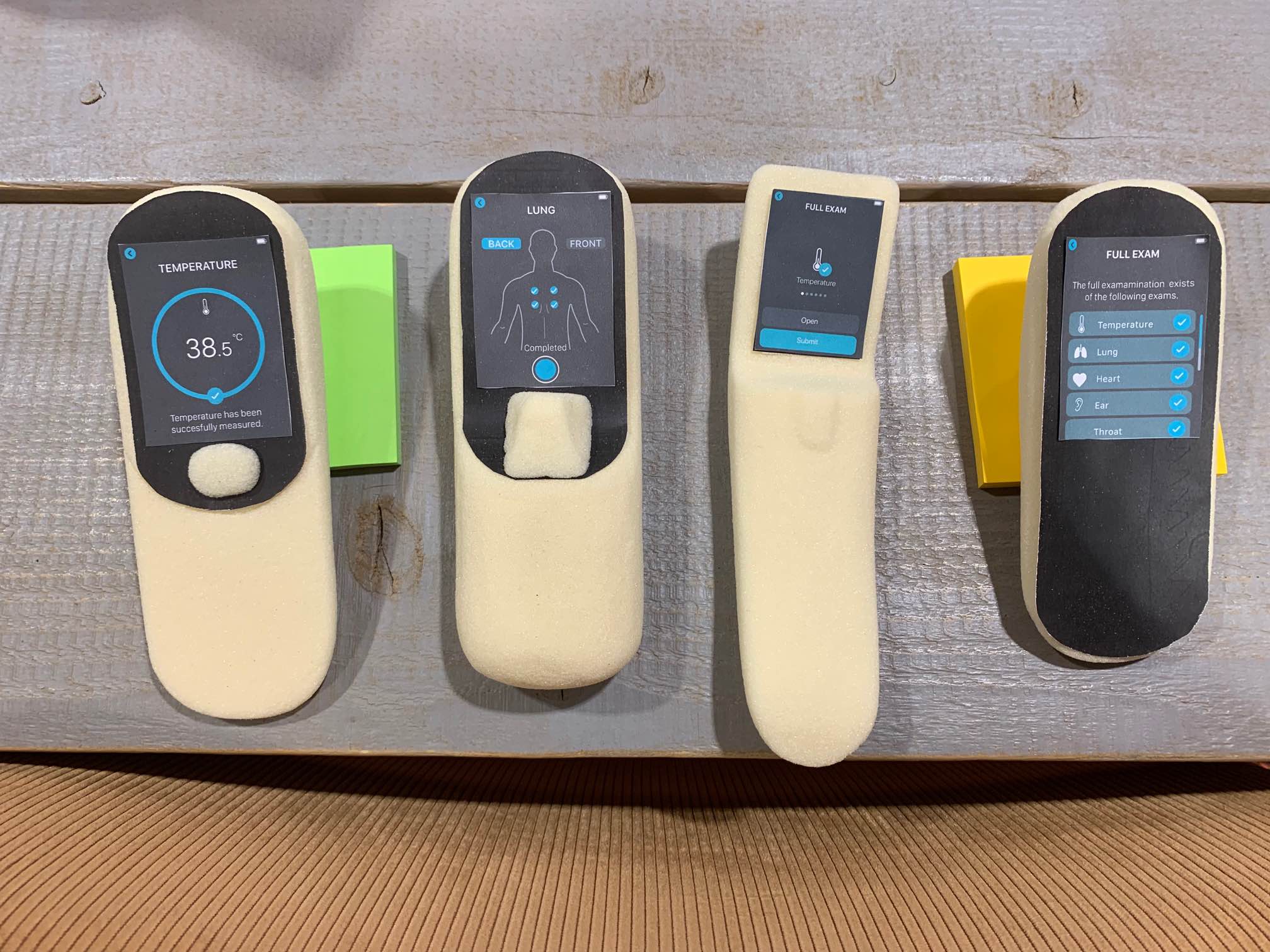 Guaranteeing diagnosis within one hour, the device is expected to be available in ten EU countries by the start of Q1 2021.Higo Sense

Available for a relatively modest purchase price, an affordable monthly subscription will grant complete access to the Higo ecosystem.

Along with the expected regulatory hurdles, further challenges were presented by the design – principally, this meant finding an effective grip for the attachments. These, however, have been met head-on and have led to the creation of a pioneering medical product with all the functionality and aesthetics of a smartphone.