Police have been left baffled after two identical weapons and ammo were found hidden inside old furniture 22km apart.

On Wednesday police were called to an address in the city of Gliwice in western Poland after an OAP reported finding a pistol inside a holster next to over 50 live bullets hidden inside a sofa. 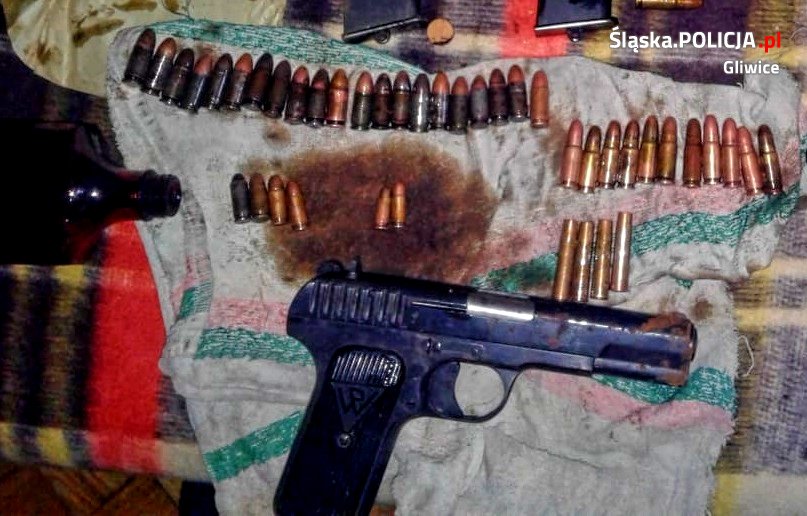 The well-preserved TT pistol from 1948 was found hidden inside an old sofa along with a holster and over 50 live bullets.Policja.gov.pl

The grandma had been cleaning her apartment when she started dusting down the old couch her deceased mother had slept on and came across the hiding place.

Inside was a well-preserved TT pistol from 1948 that originated from the Soviet Union. This specific pistol was made in Poland in 1948 by Zakłady Metalowe Łukcznik in Radom and was manufactured in Poland until the end of the 1950s.

A police spokesman said: ‘In the couch where her late mother slept, she found a gun in a holster and over 50 bullets. 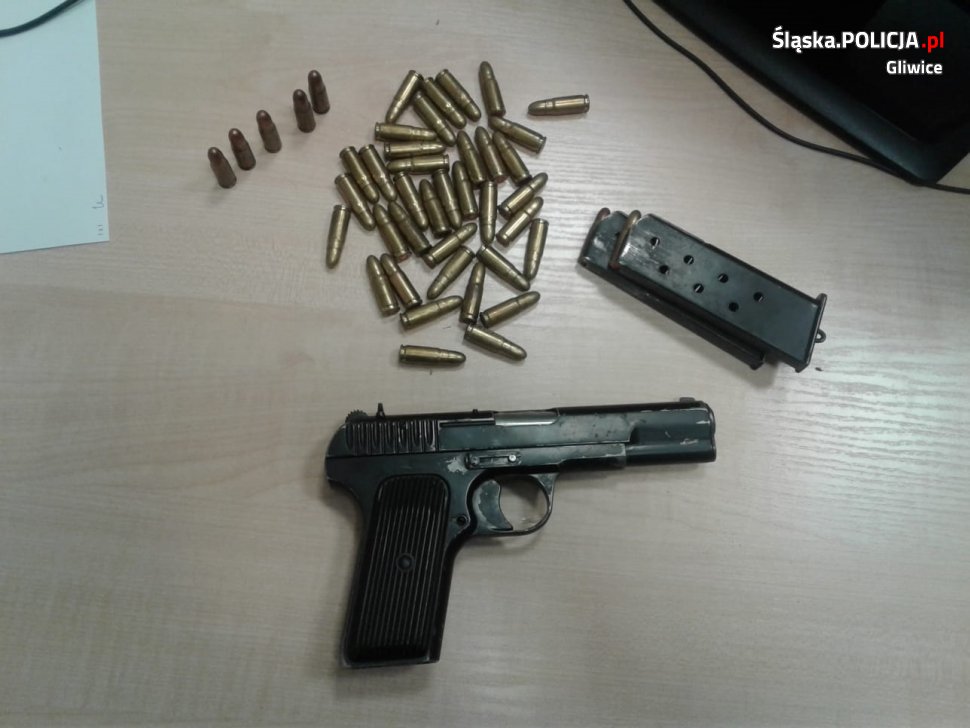 Just five days earlier an almost identical gun was found hidden behind a wardrobe by a woman cleaning her basement.Policja.gov.pl

‘A police pyrotechnician was sent to the site, and determined that the weapon is operational, preserved and in perfect technical condition.’

He added that possessing a gun without a legal permit was a criminal offence, saying: ‘This weapon requires a permit, and the 65-year-old's deceased husband did not have one. It is also known that he did not work in uniformed services.’

Just five days earlier an almost identical gun was found by a woman cleaning her basement. 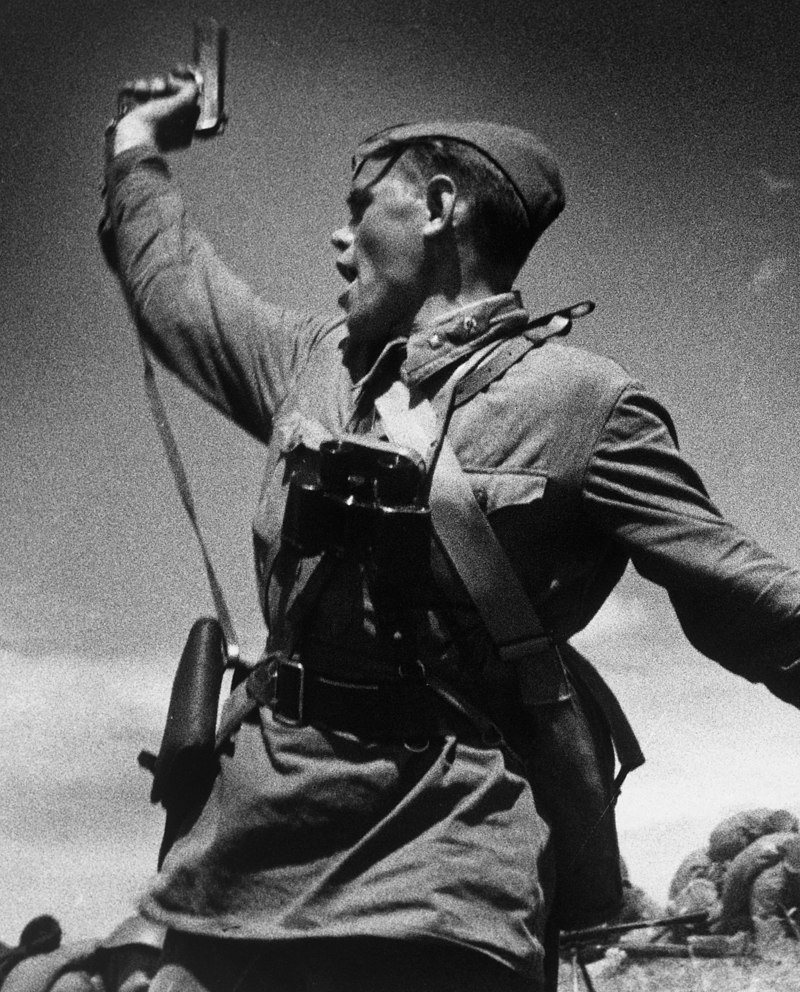 The TT pistol was first developed in the early 1930s as a service pistol for the Soviet military. Seen here by a Red Army soldier in 1942. CC BY-SA 3:0

Officers were again called to an address in the small town of Toszek just 25 minutes from Gliwice after receiving reports that a TT Pistol had been found hidden behind a wardrobe.

The 65-year-old woman had been cleaning up her basement in preparation for Christmas when she pushed the wardrobe aside and came across the TT semi-automatic as well as 46 rounds of live ammunition.

She told officers she had seen a bundle wrapped in a cloth and when she opened it she found the well-kept and oiled semi-automatic pistol dating back to 1951 alongside two magazines. 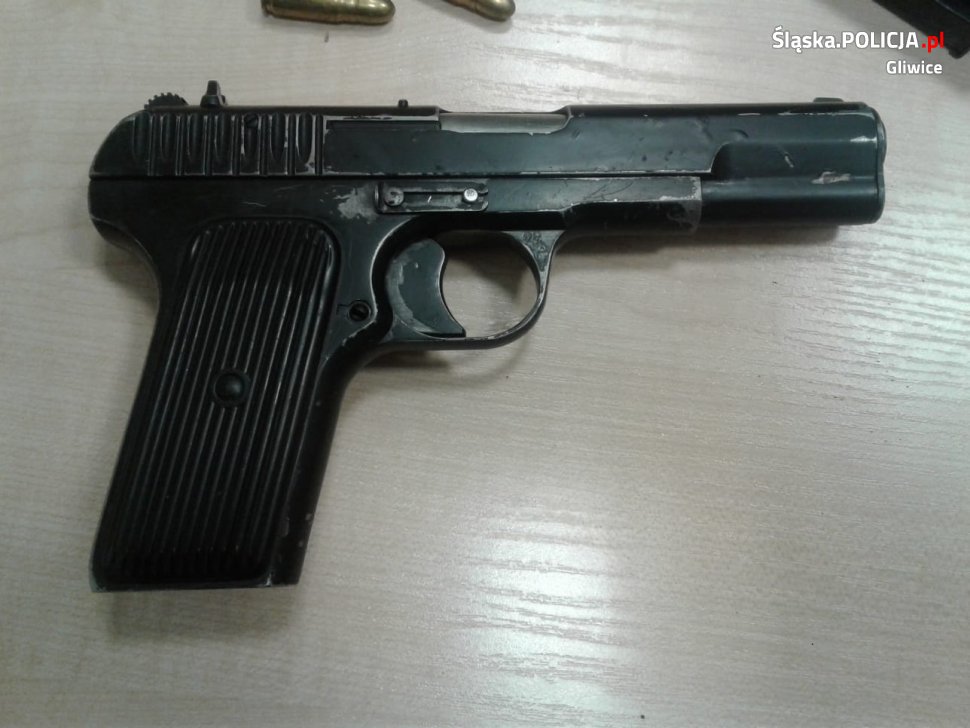 The woman told police officers she had seen a bundle wrapped in a cloth and when she opened it she found the well-kept and oiled semi-automatic pistol dating back to 1951 alongside two magazines.Policja.gov.pl

Police spokesman Marek Slomski said: ‘She told the police that earlier only her husband, who died a few years ago, used to go to the basement.’

The TT pistol was first developed in the early 1930s as a service pistol for the Soviet military.

An extremely powerful weapon capable of penetrating thick clothing and soft body armour, large numbers were produced during World War II and well into the 1950s. 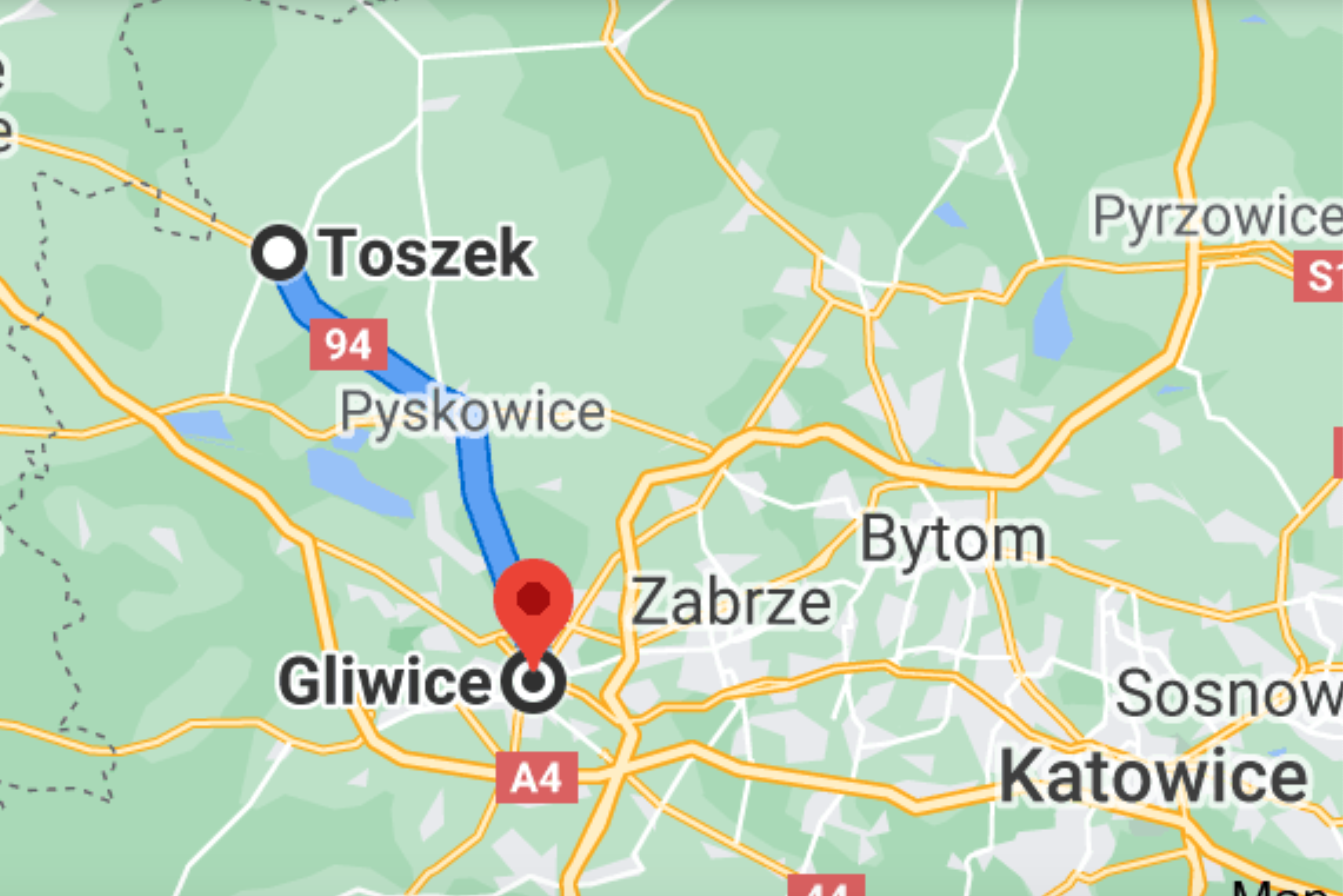 The weapons were found 22km apart in the small town of Toszek and the city of Gliwice.Google maps

A police spokesman said: ‘Possession of a firearm without a permit required by law is punishable.

‘The mere possession of ammunition, even one round for commemorative or collector purposes, has the same legal effect - the perpetrator bears criminal liability for the possession of a gun.’

The weapons are now being tested to see if they may have been involved in a crime.