Into the darkness: writer uses post-apocalyptic Britain as grim metaphor for Brexit

Britain has been hit by a catastrophic nuclear accident. Taking advantage of the disaster a group of politicians seize the reins of power and start to impose, through the use of manipulation and persuasion, a new order that a few years prior most people would have rejected.

This is the apocalyptic scene laid out in ‘Jasność’ [Brightness], a new book by Kielce-born author Maja Wolny, which comes out later this month. Wolny admits that the novel is about “dark times” and any cheeriness invoked by the title is dispelled by a more disturbing approach to the word “brightness”.

“It is about dark times,” she told TFN. “It is about a world that’s losing it soul. A reason for calling it ‘Brightness’ is that we don’t like brightness. We don’t like to see things with clarity. We avoid bright light because it is painful and uncomfortable to see things in the light. We prefer not to see the contours that surround us.

“The book is about the stupidity of choosing darkness instead of brightness, and the consequences of it,” she continues. 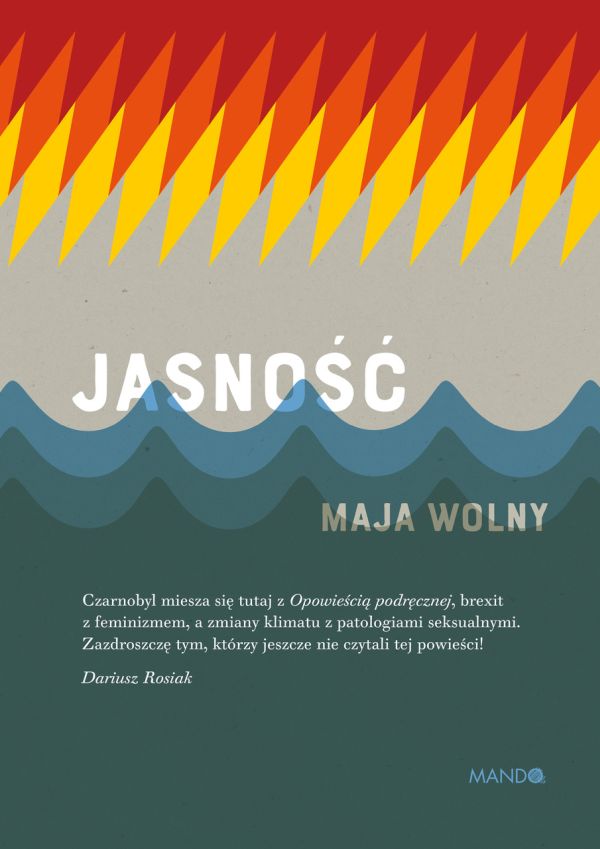 ‘Jasność’ tackles ecological disaster while also being a metaphor for Brexit.Mando Pubishing

Although the original idea for the story dates back 10 years, Wolny explains that it was the Brexit referendum and the ensuing political chaos that gripped, and continues to grip, the United Kingdom that led her to set the book in Britain.

The United Kingdom is also a country she has bonds with. Many of her friends and her brother moved to the UK, and the country was, she explains, seen as an example to follow: progressive and abounding in economic, moral and social freedoms.

“I had this incredibly progressive image of Britain based on the reports of my friends and my trips to the UK,” she says. “I could never imagine what is going on now in the UK could take place. It is like a science fiction scenario that is actually really happening. As I was writing this book all the time there was news that influenced my writing.”

Although Brexit is never mentioned and the politicians are all fictional the book is in many ways, from Wolny’s perspective, a metaphor for the UK’s rupture from the EU. As the country in ‘Brightness’ reals from the effects of the nuclear disaster it becomes more isolated, and people accept hardship on the promise of a better tomorrow. 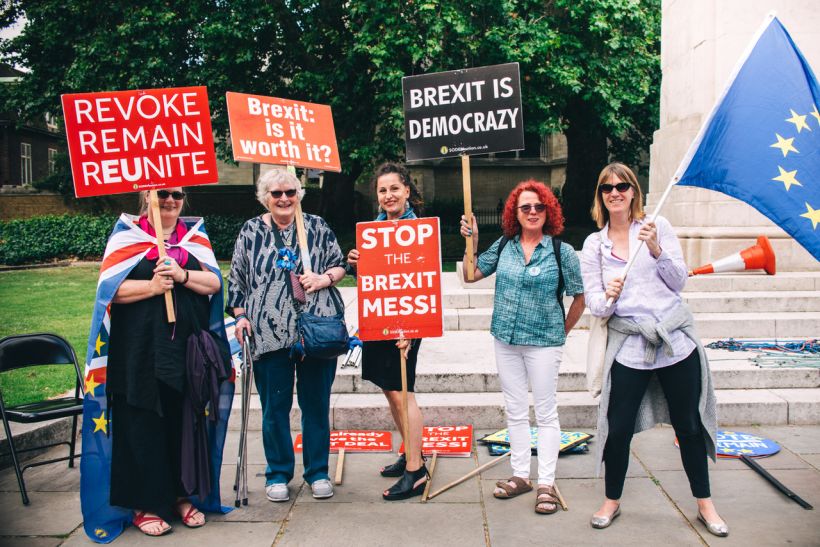 “It also about getting isolated and when you read the book you get the idea that Britain is become more and more isolated,” says Wolny [pictured in the centre].Anny Saunkina

“It also about getting isolated and when your read the book you get the idea that Britain is become more and more isolated and that actually most of society approves of this, finds it great and finds arguments to promote it,” she explains.

“I’m also showing the evolution of the disinformation of people, and people applauding concepts that a few years they would not have approved of,” she continues. “People choosing things that they would never have chosen before or agreeing to things they would never have agreed to in the past. People are manipulated. Politicians use this fact to manipulate society and create a new group to lead society, using propaganda, and to promote a new way of living.”

Along with being a metaphor for Brexit ‘Brightness’ also serves up a large and chilling dollop of the dangers caused by an ecological disaster, and takes a swipe at big business that promotes engineered fixes to climate change, which they can then sell, instead of reducing and limiting consumption.

Wolny describes the novel, her fifth since she debuted on the literary scene in 2009, as “the most important I’ve written”. Despite its darkness in the end ‘Brightness’ end on an optimistic note but Wolny warns “it is not a ‘Wow, everything will be fine’,” finish.

WWII tour de force hits bookshelves in the US

An English princess... in Silesia?