Internationally acclaimed sculptor, Magdalena Abakanowicz, would have been 88 today

She launched a highly successful career in communist Poland, eventually gaining an international reputation for her evocative textile sculptures of the human figure.

Today marks the 88th birthday anniversary of one of Poland’s most revered artists, Magdalena Abakanowicz.

Known for her vast, hanging sculptures made of organic matter, the inspiration for her life’s work lay in her childhood. As a child playing alone in the forests near her home, she would collect natural debris and interconnect the things she found into crude objects, which were then carefully stowed away at home.

Abakanowicz first began working with 3D forms in the 1960s. Neither tapestries nor sculptures, her enormous, organic forms, woven together from various natural materials, were like relics from a bygone age. The ‘Abakans’, as they came to be known, appeared to be lifeless forms but they could also continue to grow, engulfing exhibition spaces and visitors with their strange presence. 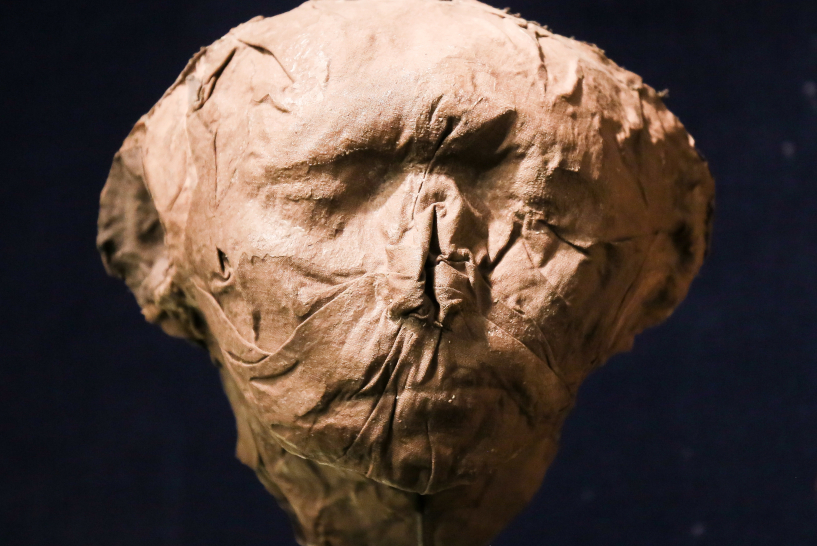 Nothing like these pieces had ever been seen before. They fit into the conceptual art bracket, but as the art world moved into the commercialism of pop-art – or the slick minimalism of the 1970’s – Abakanowicz’s forms continued to exist in a world of their own.

Internationally, she is probably best known for her more figurative work – the ‘shells’ of human forms which first appeared in her creations during the early 1970s. These sackcloth casts were coated in resin or glue and presented in groups rather than as individual pieces. Backs (1976-80) featured eighty headless, seated figures arranged in rows across the gallery floor.

There is no feeling of interaction between the large group of hunched figures, they simply exist as a somewhat depressing and lonely mass. As representations of the human condition, it is impossible to view the figurative group works as a positive portrayal of humanity.

During the ‘80s and ‘90s, Abakanowicz began casting her monumental sculptures in bronze, stone, concrete and wood. One of the more powerful outdoor installations from this time is Space of Becalmed Beings (1992-3). The piece was commissioned by the city of Hiroshima to mark the 50th anniversary of the dropping of the atomic bomb. The positioning of 40 partial figures stand as a silent reminder of those who died and also creates a space within which one can spend time in quiet contemplation. 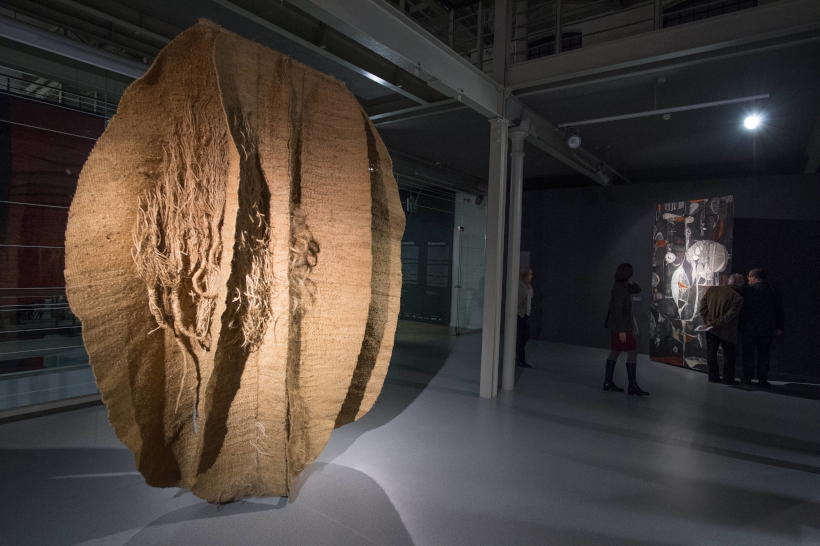 Born in 1930 in the small village of Falenty, around 15kms south-west of Warsaw, her mother’s family hailed from Polish nobility and her father’s side of the family could trace its lineage to the 13th century Mongol leader, Abaqa Khan.

Her privileged childhood was soon destroyed by WWII and its aftermath. Yet, despite this, she managed to launch a highly successful career in communist Poland, eventually gaining an international reputation for her evocative textile sculptures of the human figure.

Examples of her work can be found in the Metropolitan Museum of Art, New York, Centre Georges Pompidou, Paris, the Ludwig Museum, Koln, as well as in many other prestigious private and public collections around the world.