Produced by SkySnap, in cooperation with ZDG TOR and the Krakow University of Technology, the pioneering drone which combines machine learning technology, can take aerial photographs and collect a wide variety of data and measurements such as the width of roads and height of signs and lighting poles.

It can also determine the precise location and dimensions of billboard adverts.

The technology has recently been trailed in Wrocław where it was used as part of a pilot flight.

Alongside measuring road safety, one of the drone’s key applications will also be to help officials to accurately locate and measure the dimensions of billboard adverts in order to check if they are legal.

In so doing, Wrocław becomes the latest city to employ innovative technologies in the fight against illegal billboards, after Poznań deployed a special car fitted with several cameras, scanners and sensors on its roof to drive through the streets of the city in March. 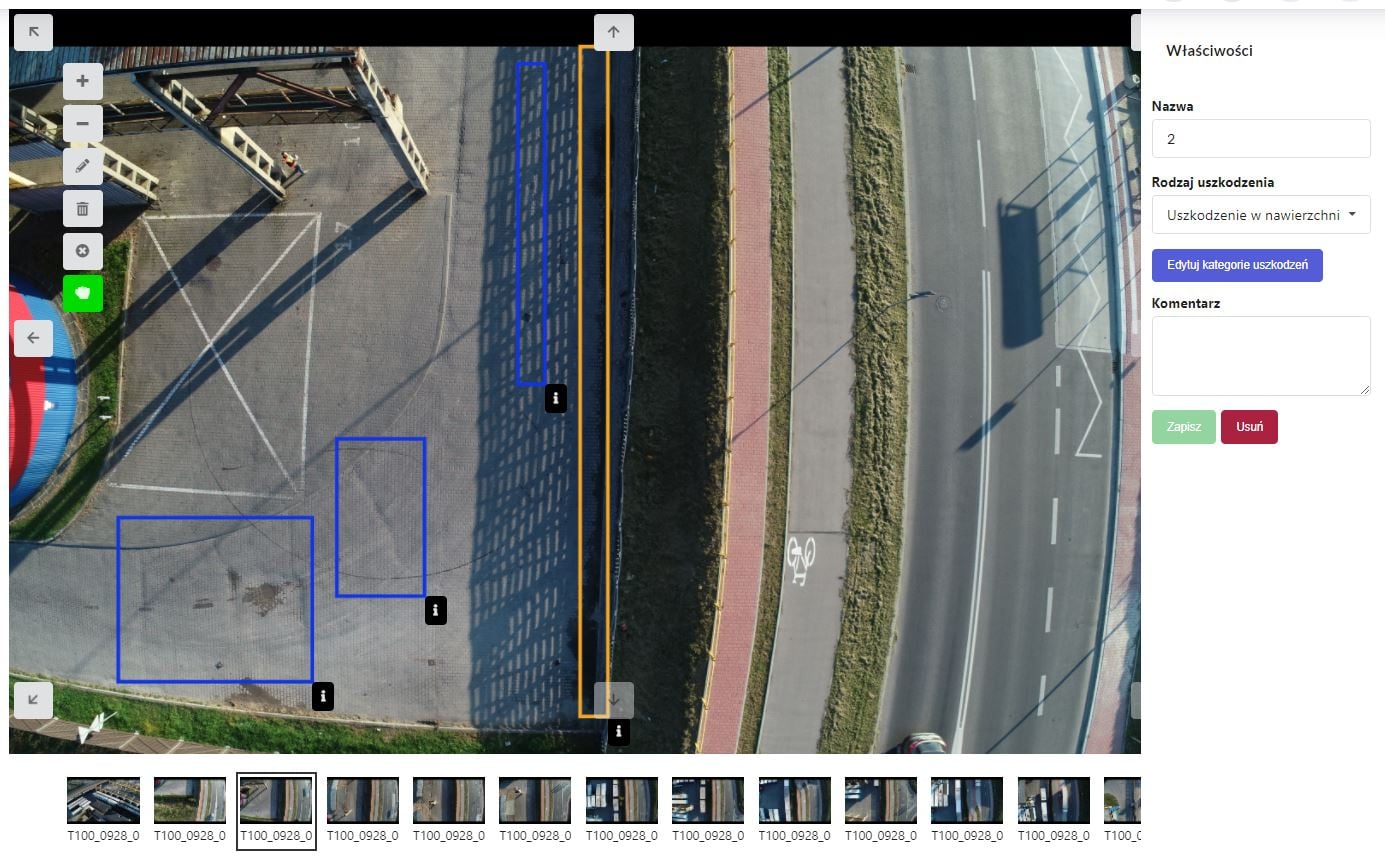 One of the drone’s key applications will be to help officials to accurately locate and measure the dimensions of billboard adverts in order to check if they are legal.SkySnap

Also being used in Krakόw, the AI drone will be used there to help prevent road traffic accidents, by collecting data from a wide area of up to several square kilometres and using machine learning to detect problems and trends.

In Krakόw, the drone will have two main tasks, the automatic detection of all road users including pedestrians on videos captured by the drone and secondly tracing the trajectory of moving vehicles and pedestrians at sensitive spots and analysing the special relationship between moving traffic and road infrastructure.

Konrad Sosnowicz, GIS/CAD Director at SkySnap said: “Having the trajectory and location, with the help of machine learning, we will be able to ‘train’ the system, thanks to which we will be able to detect dangerous situations, how often they happen, with what participants and in what given place they occur.”

Reports will be automatically generated on the basis of collected data which will be part of the basis for recommendations of infrastructure changes or corrections in the organisation of vehicle traffic.

The ultimate aim is for the system to work through an internet portal, so that the client can independently conduct a drone fight, record a 24 hour film and generate a report from it. 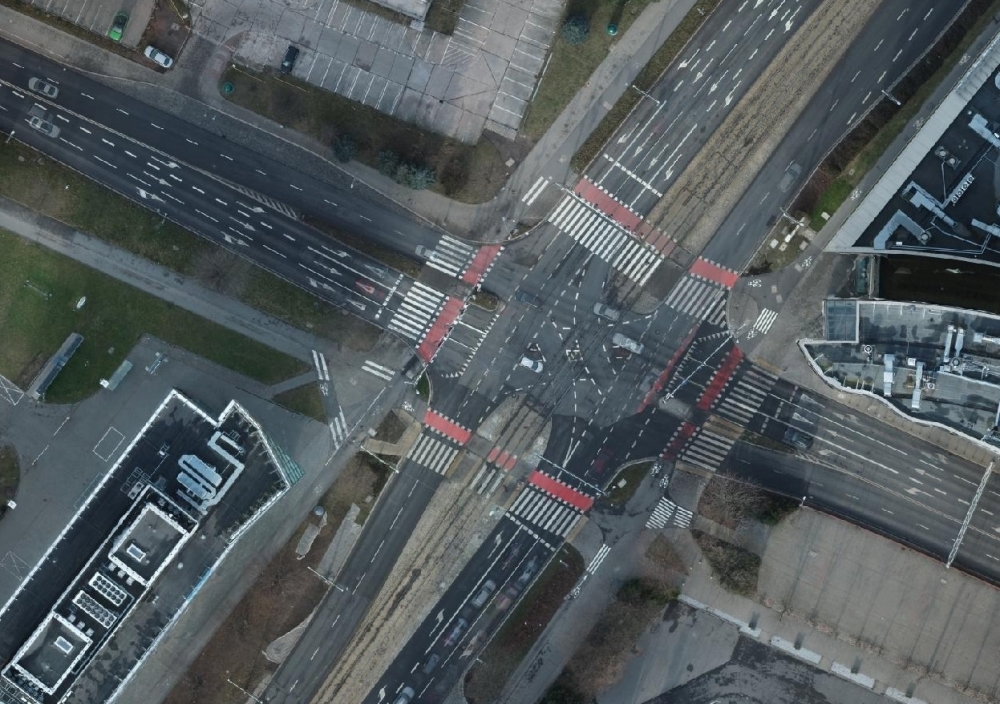 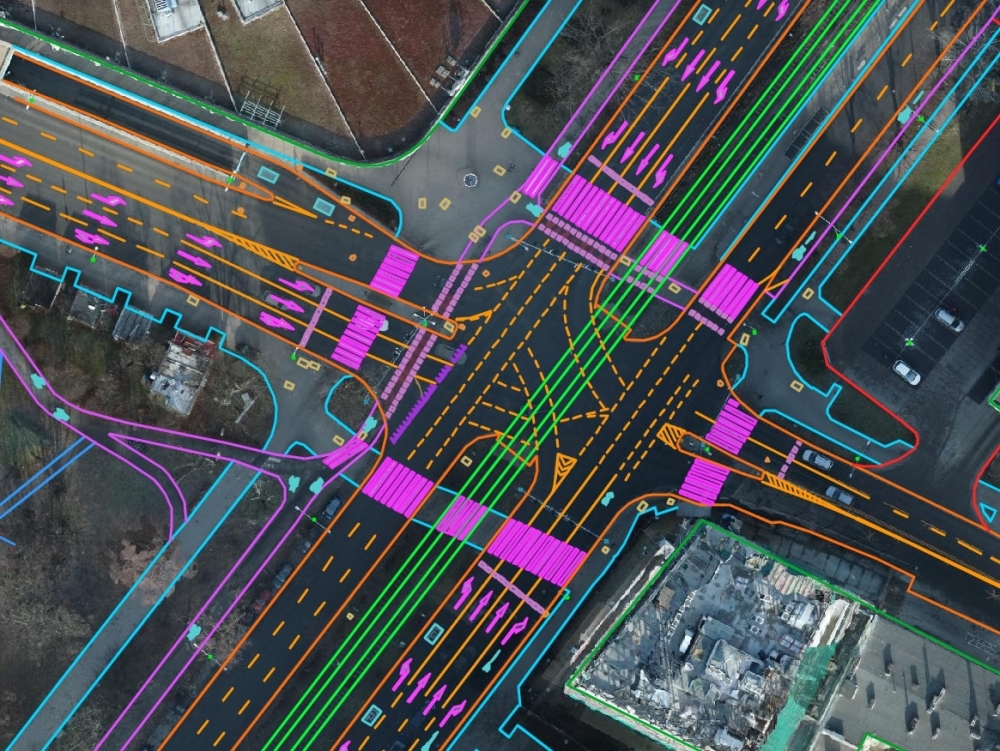 Also being used in Krakόw, the AI drone will be used there to help prevent road traffic accidents, by collecting data from a wide area of up to several square kilometres and using machine learning to detect problems and trends.Press materials

“The system will give us the possibility of parameterization and prediction of conflicts. It will be a completely different perspective, which will enable more objective decisions…The degree of accuracy of measurements will be determined at the next stage of tests, from our experience, the margin of error is a few centimetres. The main aim is the analysis of the trajectory of traffic. We will see how successfully we are able to develop algorithms for this aim”, Sosnowicz added.

Importantly, the system will enable images from neighbouring areas, which were taken on a different drone, to be linked together with each other.

Maciej Masona, from ZDG Tor, Infrastructure Consultants Group said: “We are making a step forward in the guidelines of design in Poland. There is nothing of this kind in Poland.

“Today, in many cases, the rules of design don’t guarantee a high level of safety. If we eliminate potentially dangerous situations, there won’t be a need for sudden braking and associated stops in traffic, which can have impacts on increasing flow.”

The idea of using drones for these kinds of tasks is pioneering on a world scale. In different countries around the world, similar systems function partially, but not proactively: “Some elements are already available, but an entire system like the one we have, has not yet been created by anyone”, Sosnowski added.

The system is currently still in its trail phase, with a commercial version expected to be available in early 2024.

To read about Poznań’s fight against billboards click here.