Twenty years ago on August 15, communications for a generation of Poles was revolutionised with the launch of the first Polish instant messenger system.

At its peak the communicator had 7 million users sending over 300 million messages daily. Originally it was known as SMS-Express, a way of sending SMS messages for free across the internet. It quickly changed its name to Gadu-Gadu, its logo to a bright smiling sun (this pre-dated emojis) and on its first day of operation registered 10,000 users. 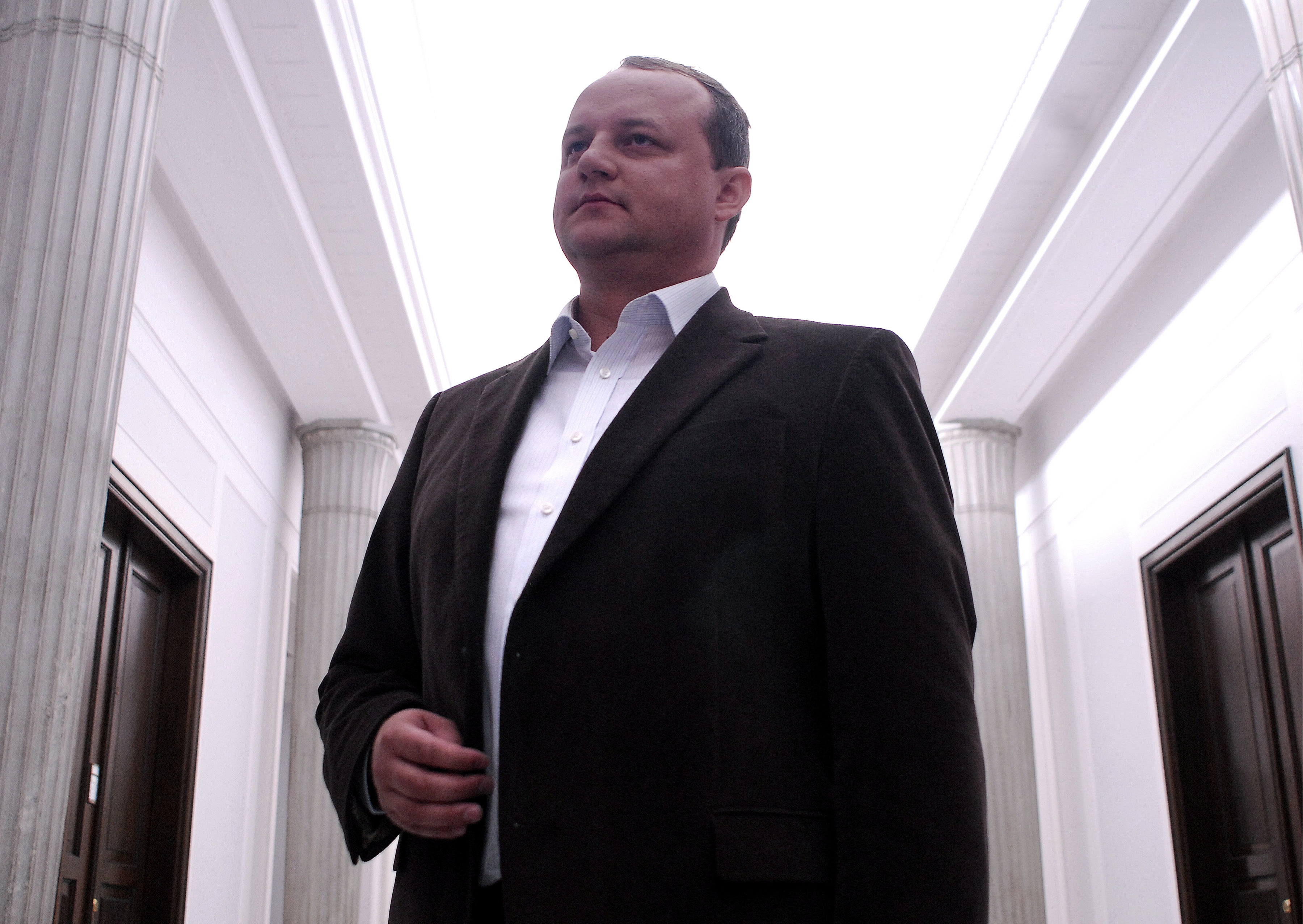 It had a simple interface with each user receiving a unique number. The user could add their name, age, gender and preferred nickname. There was also a new function that let other users know if you were online, “would be right back” or were offline.

The platform was quick to adapt and added new functionality often to stay at the cutting edge of the new communication technology revolution. A few months after the initial launch, in December 2000, Gadu-Gadu began allowing users to send file transfers to each other. The first emoticons were introduced on February 6, 2002, picture messaging was added in May 2003 and then on March 8, 2006 came the launch of GaduRadio, an internet radio platform that would go on to become open.fm.

In 2007 the founder Łukasz Foltyn ended his association with the company stepping down from his roles and selling all his shares. He would move into politics and publishing before stepping back from public life to spend time with his family. 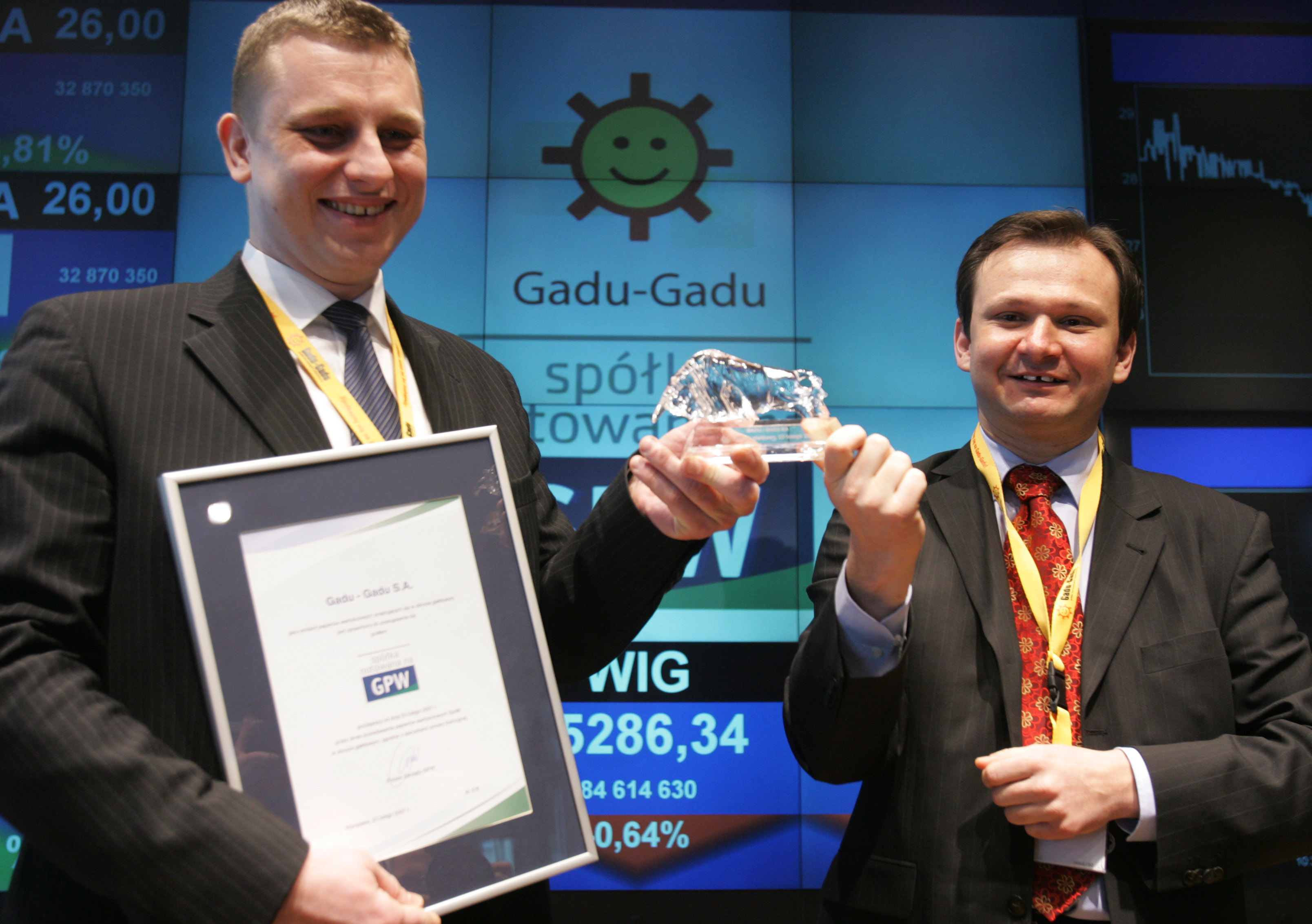 Gadu-Gadu also became the world's first communicator used for public discussion in space on June 27, 2008 when cosmonauts at the International Space Station communicated with Gadu-Gadu users to mark the 30th anniversary of the flight of the first Polish cosmonaut, Mirosław Hermaszewski.

Competition had started to arrive. A month earlier Facebook, for example, had launched its Polish language version of its website, but Gadu-Gadu kept evolving. On December 15, 2008 it made it possible to show YouTube videos within the chat window.

Despite suffering several technical problems and poorly received upgrades the platform grew to reach its peak in 2011. The original communicator was now just one of the services offered under the Gadu-Gadu umbrella but like many competitors, as Facebook grew and new players such as Instagram emerged the first wave of social media titans faded away, open.fm was sold off in 2015 and the ownership of the remaining assets was passed around until 2018. 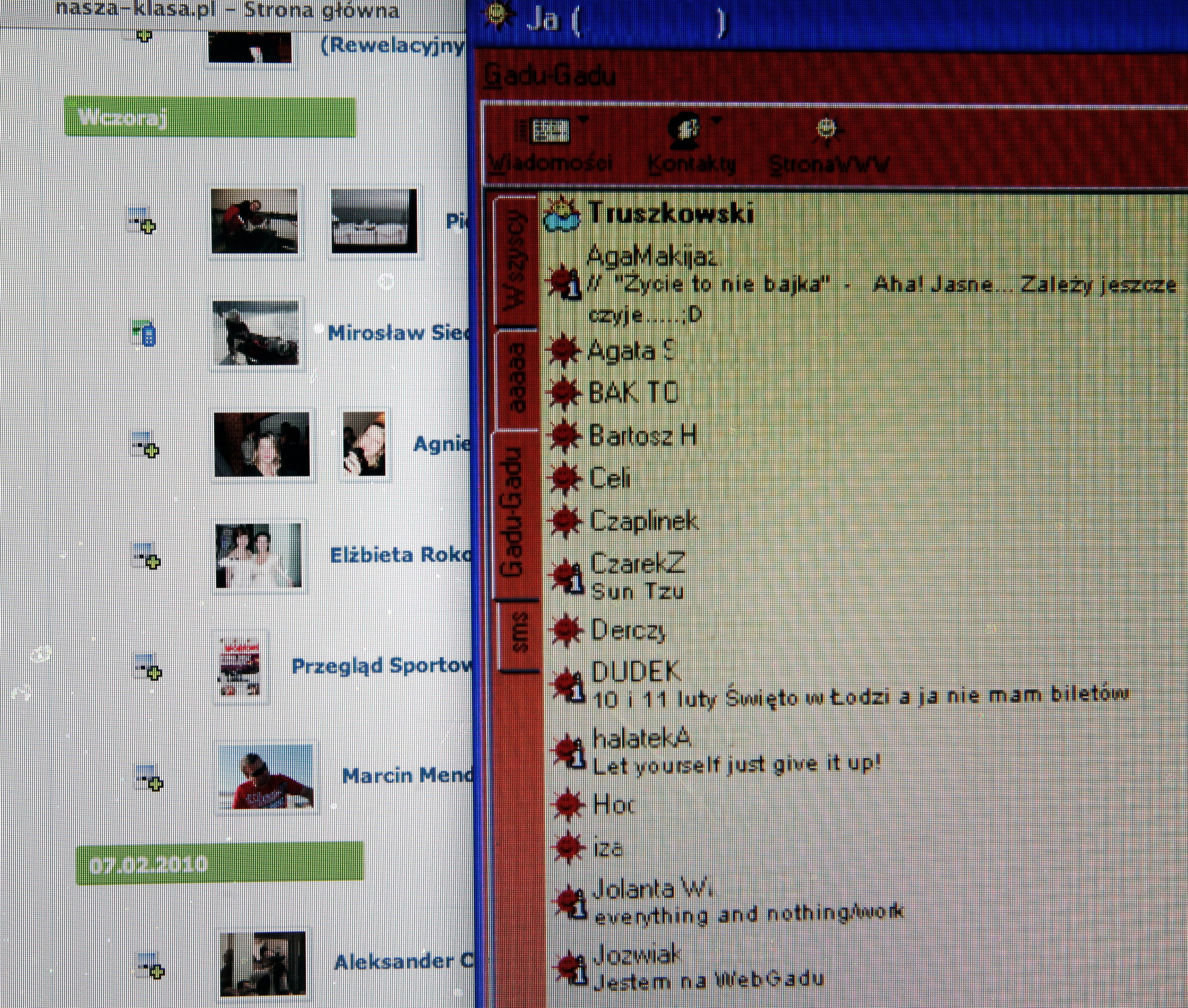 The system has managed to keep going despite competition from international giants such as Facebook.Grzegorz Michałowski/PAP

Purchased by a company called England.pl, which described itself as “a family company from Koszalin”, Gadu-Gadu has been relaunched and is once again operational, rising like a sun on a new day.

“The new GG combines what was good in the past, above all, the positive emotions evoked by the memory of Gadu-Gadu with what today's users expect: reliability, functionality, confidentiality, privacy and innovation,” the firm wrote on its website.

Data released by the company in September 2019 shows that there were one million active users, over 50 percent of which were under 25, who were sending 426 million messages each month. This is a fraction of what Gadu-Gadu was handling at its peak but it is focusing on becoming a secure option for firms, offering a package for companies that would allow all employees to have their own secure accounts that could be used to transmit confidential data anywhere around the world.

Does Gadu-Gadu plan to compete with Messenger and WhatsApp? “Nobody on the board of England.pl Sp. z o. o. has no such ambitions. GG will go its own way. However, as the fate of various brands and products shows, any scenario is possible,” the company stated.