Proving the universal magic of social media, a 93-year-old Pole has become the darling of Instagram after amassing over 42,000 followers on her channel.

Moving to the United Kingdom when she was 85, Anna Kusiak made her first post last May on her birthday. Pictured with a glass of bubbly, the super gran wrote: “Good morning, this is my first post so I’m a little nervous if anyone will even look here. But you have to fulfil your dreams because if not today, then when?” 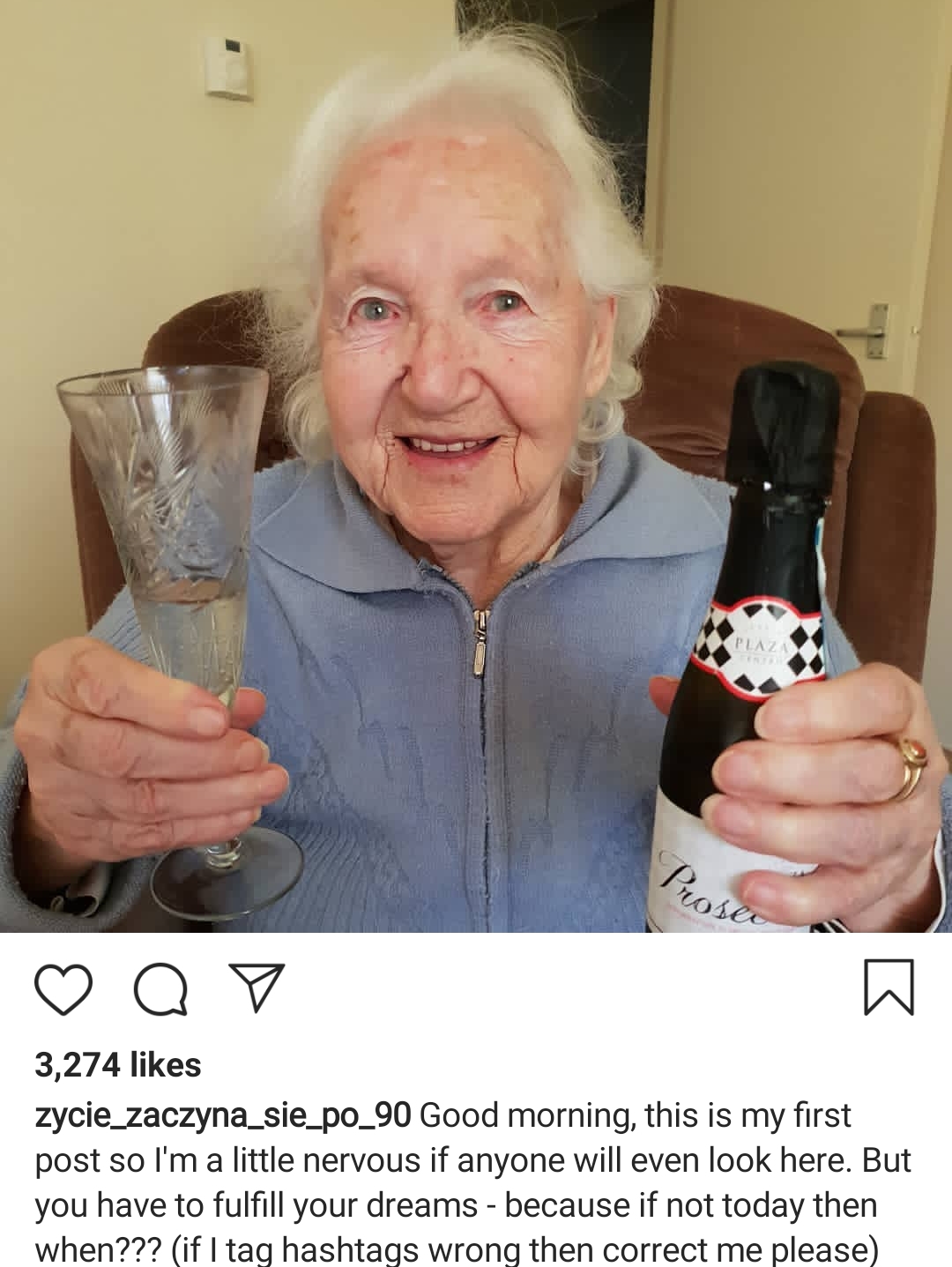 Kusiak made her first post last May on her birthday. Pictured with a glass of bubbly, the post received over 3,000 likes.zycie_zaczyna_sie_po_90/Instagram

To her surprise, the post quickly accrued over 3,000 likes.

Covering a wide range of issues, Kusiak’s posts have in turn broached Polish current affairs, throwback pictures of her family, and even her love of Harry Potter.

“The Instagram accounts I was shown were largely based around fashion,” she says. “I knew that wasn’t for me. I wanted to focus on normal, everyday life.”zycie_zaczyna_sie_po_90/Instagram

“Many of my friends have already passed away, and now there’s a pandemic I can’t even really meet anyone,” she tells TFN. “That’s why my the support and entertainment provided by my new online friends has proved so important.”

“When I was deciding on setting up an Instagram account I was shown other accounts belonging to people in the same sort of age bracket as myself,” she says. “But these were largely based around fashion, and I knew that wasn’t for me. I wanted to focus on normal, everyday life.”

“What’s really great is the number of young people that really wanted to connect with a person of my age,” says Kusiak. “So many have shown they really want to listen to what us oldies have to say!”zycie_zaczyna_sie_po_90/Instagram

Doing so proved a masterstroke.

“The reaction from my followers shows that I was probably right in this,” she says. “What’s really great is the number of young people that really wanted to connect with a person of my age; so many have shown they really want to listen to what us oldies have to say!”

Born in Sniatyn in what is today the Ukraine, Kusiak’s family was moved in August 1945 to the other side of the country to Gubin, on the German border. Later, she became a border control officer, an enviable position that allowed her the kind of foreign contact that most Poles were deprived. 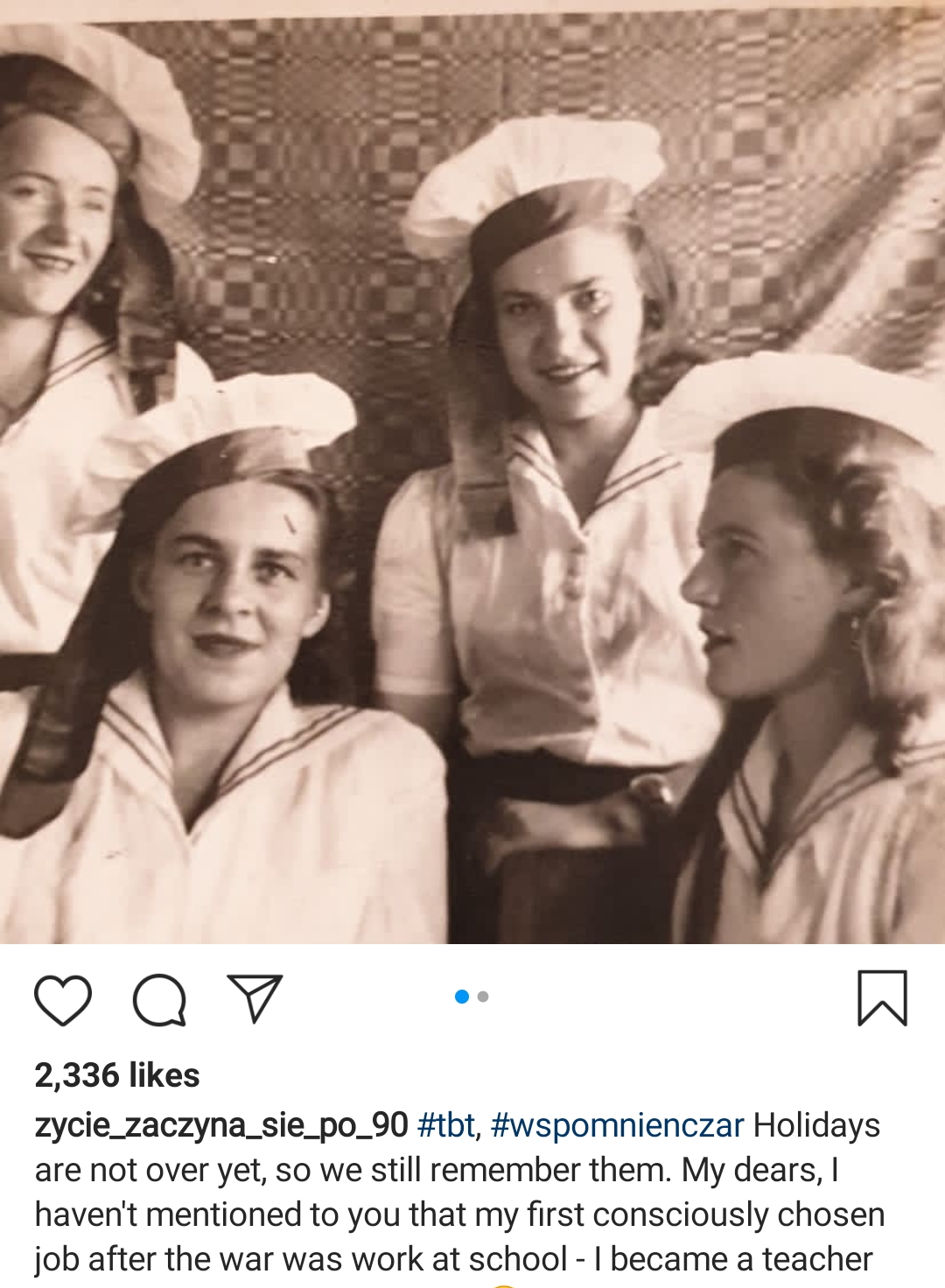 The 93-year-old isn’t averse to using Instagram to walk down memory lane.zycie_zaczyna_sie_po_90/Instagram

“Working in the customs office was great, every day was different. I met people from almost all over the world,” she recalls. “Remember at that time, us Poles could not travel freely, so my job was my window to the world.”

A resident of Northamptonshire for the last eight years, Kusiak says she’s already adapted to the British way of life and prefers the English weather to that of her home country. And while her internet stardom has been a pleasant surprise, she stresses that this has been merely an unplanned bonus.

“I never imagined this would grow the way it has,” she says. “Ultimately, it’s so rewarding when people write and say that my posts make them smile or help them view the world with a little bit more optimism.” 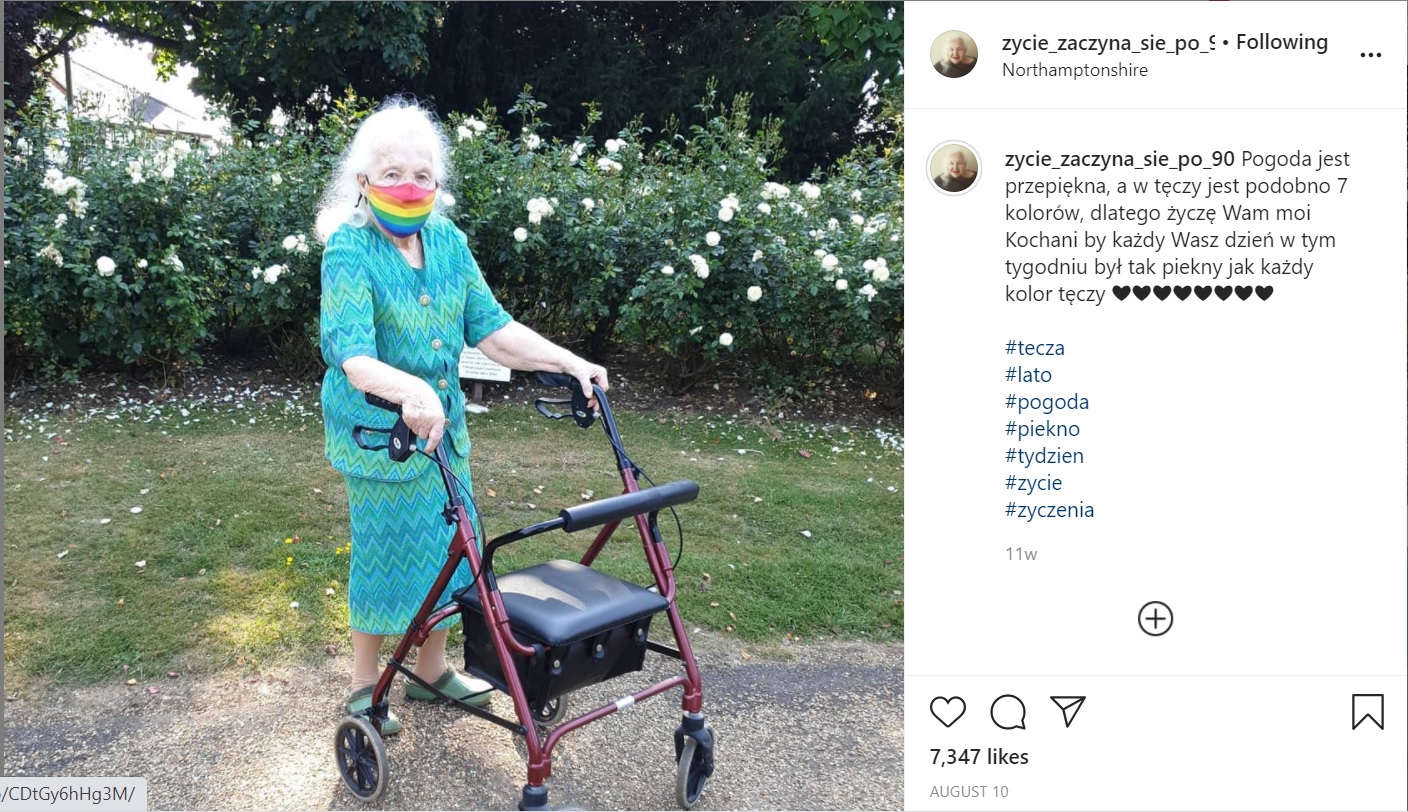 Despite her distance from Poland, Kusiak has not shied from recent events effecting the country and has shown support to the LGBT community.zycie_zaczyna_sie_po_90/Instagram

And despite her distance from Poland, Kusiak has not shied from recent events effecting the country; in July she posted a rainbow in support of Pride Month whilst last week she backed the ongoing protests against the decision of the Constitutional Tribunal.

“I’ve always said the same thing,” she concludes. “Trouble always passes. Maybe not today, maybe not tomorrow, but eventually things always get better! Look at me – at the age of 93 I’m doing TV appearances, meeting famous people and getting love from all around the world!”