Inspiration from murder: the savage killing that links a small Polish town to a Shakespearian play

According to historians of the Duchy of Masovia in the 14th century, Siemowit III was a pretty decent duke.

Chroniclers tell us that he was “a wise and noble ruler”. He took part in the prestigious congress of European monarchs in Krakow in 1364, and maintained good relations with Kazimierz the Great, even marrying his daughter to the king's grandson. 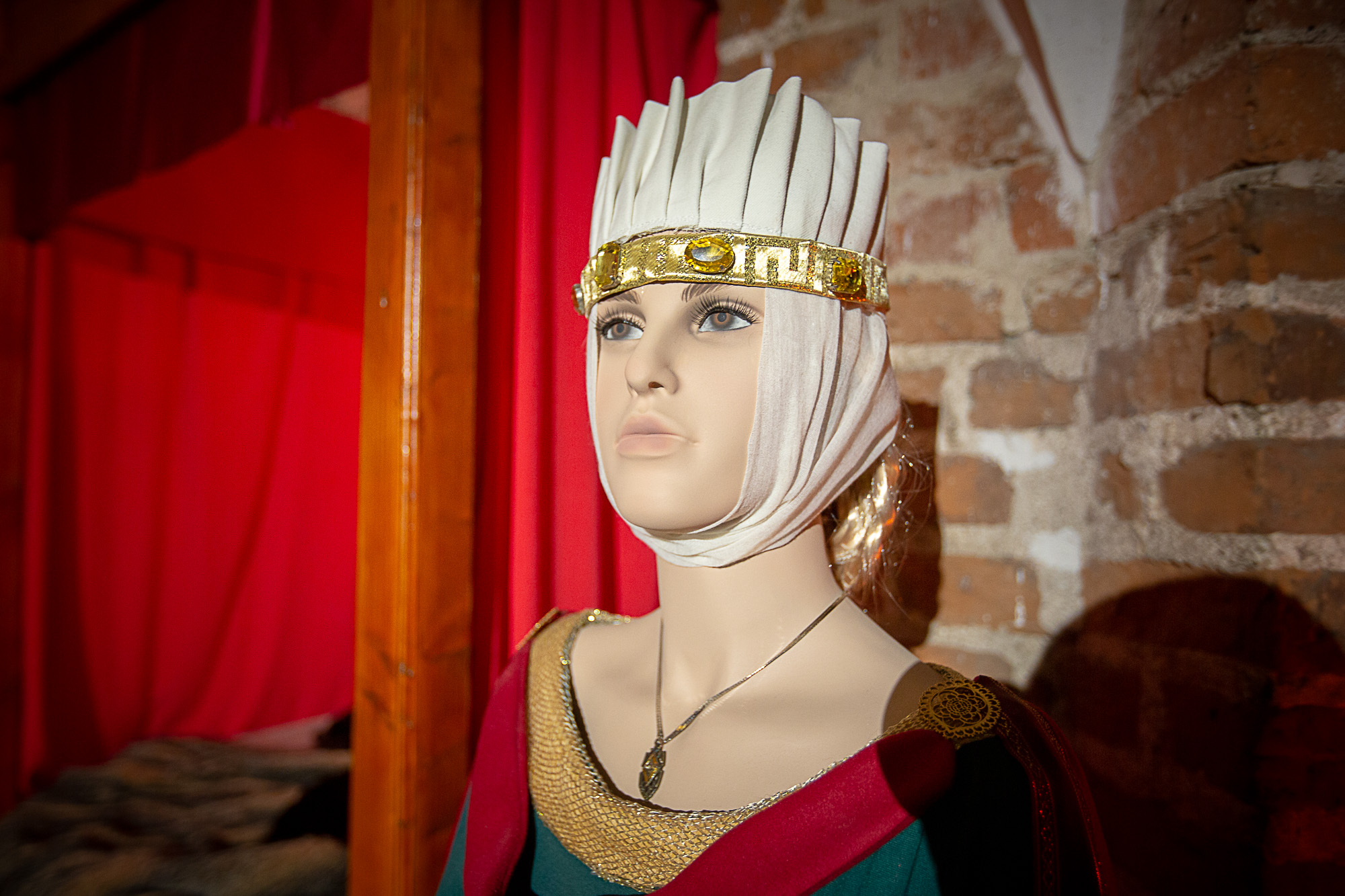 The victim, Ludmiła. The story of her shocking murder eventually made its way to England.Kalbar/TFN

And if that were all, he would happily remain seated in the footnotes of history. However, towards the end of his reign, Siemowit committed a murder so vile and shocking, so unfair to its young victim, and so surprising in its outcome that word of it spread like wildfire around the courts of Europe.

The events were retold and retold to such a degree that by the early 1600s they had fallen into the ears of a certain English scribbler, William Shakespeare.

The Bard of Avon was so taken by the story of murder, betrayal and intrigue that he immortalised the gruesome affair in his hit play ‘The Winter’s Tale’. 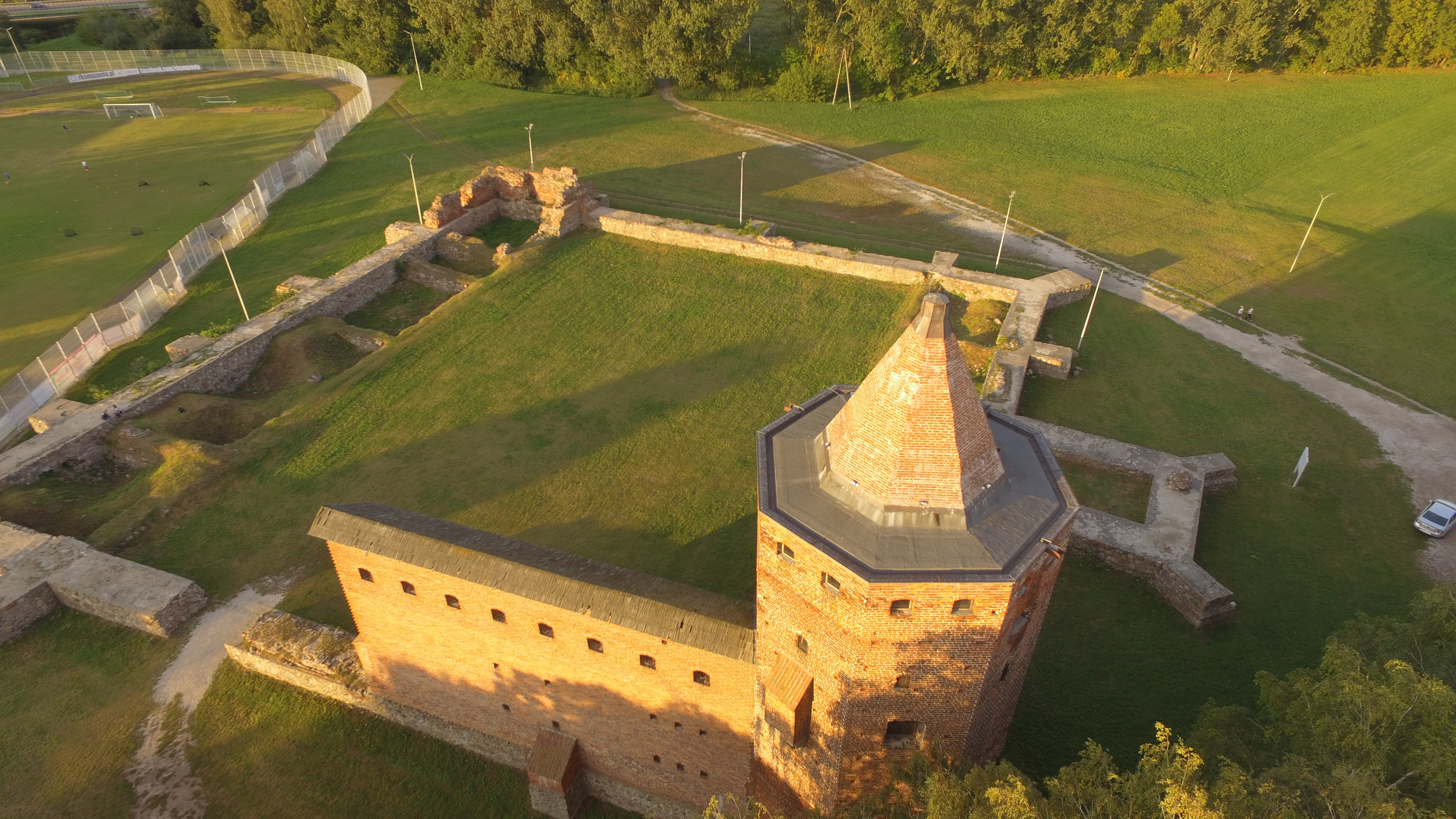 It is said that the victim, the White Lady, stalks the tower and at midnight and can be heard pleading her innocence.  Museum of Rawa Mazowiecka

Though Shakespeare set his play amid the rugged scenery of Sicily, the actual events took place in the Polish town of Rawa Mazowiecka, which lies in the flat expanses of Masovia. In the late 14th century it was a stronghold defending the south-western approaches to the dukedom, which was still separate from the Kingdom of Poland.

Now, the castle has all but disappeared, ransacked and blown up by the Swedes during their invasion, the remains later plundered by the Prussians for building material after the second partition.

What does remain though is the impressive, eight-sided south bastion, which was used as a prison and was the place where the murky deeds occurred. In fact, it is said that the victim, the White Lady, stalks the tower and at midnight can be heard pleading her innocence.

Visitors can see Siemowit and Ludmiła’s chamber as it may have looked in their time.Kalbar/TFN

So what exactly happened nearly 650 years ago?

After Siemowit’s first wife died he was on the lookout for a suitable replacement. On a trip to the court of the German emperor he laid eyes on the beautiful 19-year-old Ludmiła, daughter of the Duke of Ziębice. Siemowit fell into a frenzy of passion and finally won his prize when the 37-year-old duke took her up the aisle in 1357.

Ludmiła gave Siemowit two sons, but unfortunately they both died in childhood. When she fell heavy with child again hopes were high. However, as the bard said “the course of love never did run smooth”. 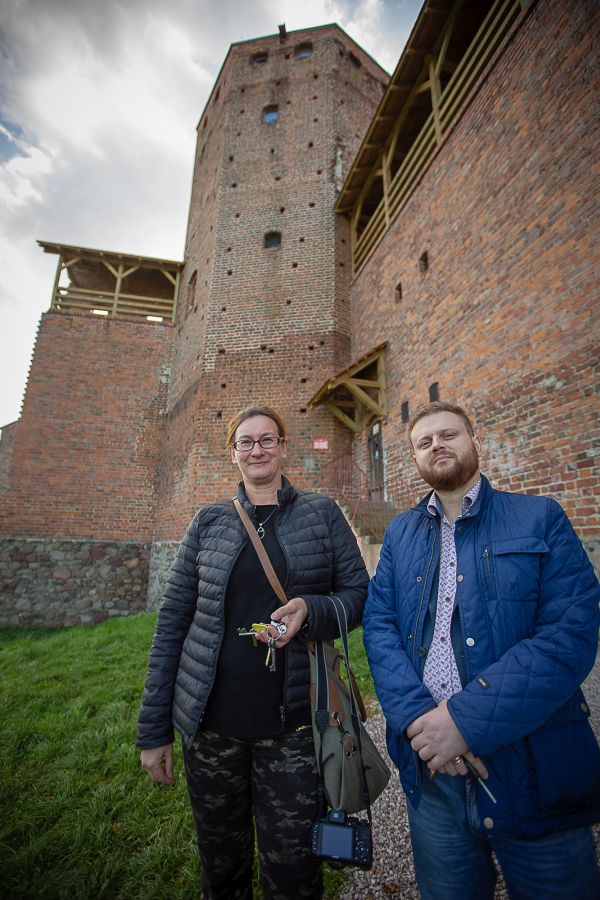 “You have to remember that Siemowit was a Piast,” says Broniarczyk (pictured right). “Several years after the events described in the legend, another Piast Anna of Bohemia became the wife of the subject of one of Shakespeare’s plays, Richard II.”Kalbar/TFN

In an act of treachery and intrigue the duke’s sister Euphemia accused young Ludmiła of marital infidelity, possibly in an attempt to promote the prospects of her son Prince Przemyslaw I of Cieszyn.

Rather than brush it off, Siemowit fell for the wheeze hook line and sinker, banished the pregnant duchess to the tower and launched an investigation.

To get to the truth he tortured one of the duchess’s ladies, but this revealed nothing. Ludmiła gave birth to a boy, which was given the name Henryk, but frustrated, angry and jealous, Siemowit did what any self-respecting despot would do in the late middle-ages: he killed her. 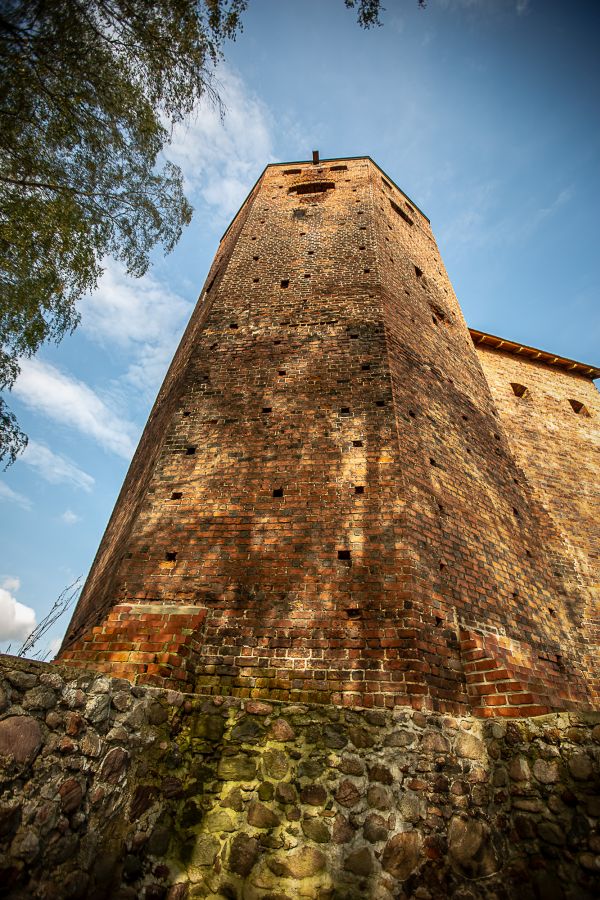 Some say Ludmiła was strangled other legends have it that she was beheaded.Kalbar/TFN

Legend says that he did the deed himself, squeezing the life out of her with his bare hands. Other accounts say that he had her head cut off – a twisted form of honour in the age of chivalry.

If Ludmiła has really been unfaithful to the duke, then what of her adorer? Suspicion fell on a young courtier named Dobek. With the noose of suspicion tightening he fled to the Holy Land. However, Siemowit's captors tracked him down and returned him to Rawa where he was pulled apart by horses and hanged.

Meanwhile, Henryk had been given to a local woman to be looked after. However, in 1369, not believing in Ludmiła’s infidelity, Siemowit’s daughter from his first marriage, Małgorzata, abducted the child one night. The duchess placed the boy at the court of her husband the Duke of Słupsk and he was raised in a manner befitting a young prince. 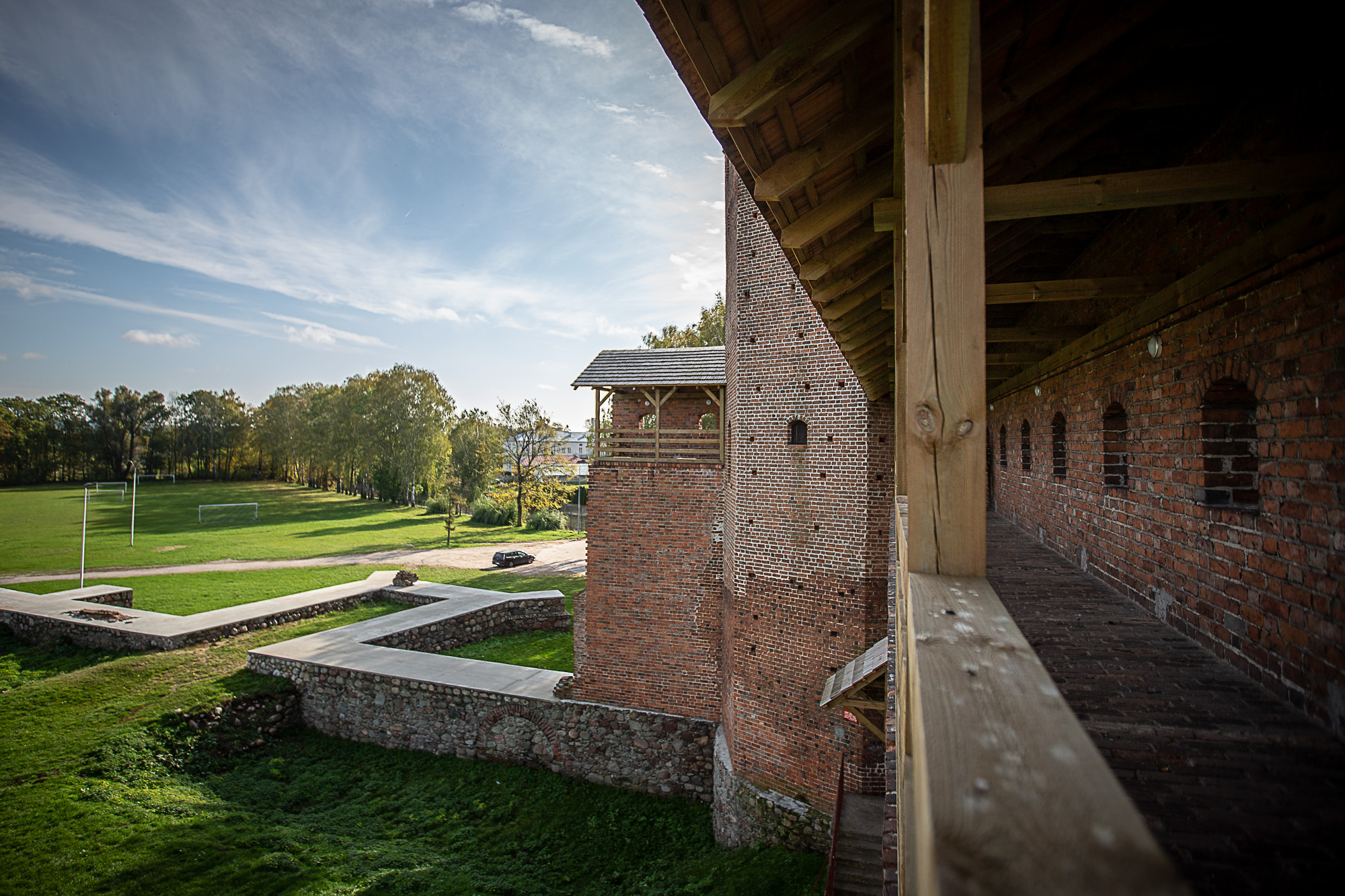 What is left of the castle now looks over the local football pitch.Kalbar/TFN

When the boy was about 10, she sent him to Siemowit’s court. Stunned by the boy’s similarity to him, Siemowit’s blind jealousy evaporated and he accepted the boy as his legitimate son.

He took care of him and ensured he was well educated. With other sons already holding key positions in the political hierarchy, Henryk was prepared for the clergy and eventually took the prestigious position of Bishop of Płock.

After acting in haste, Siemowit repented at leisure, holding regular masses for the rest of his life in honour of his bride whose life he had ended tragically. 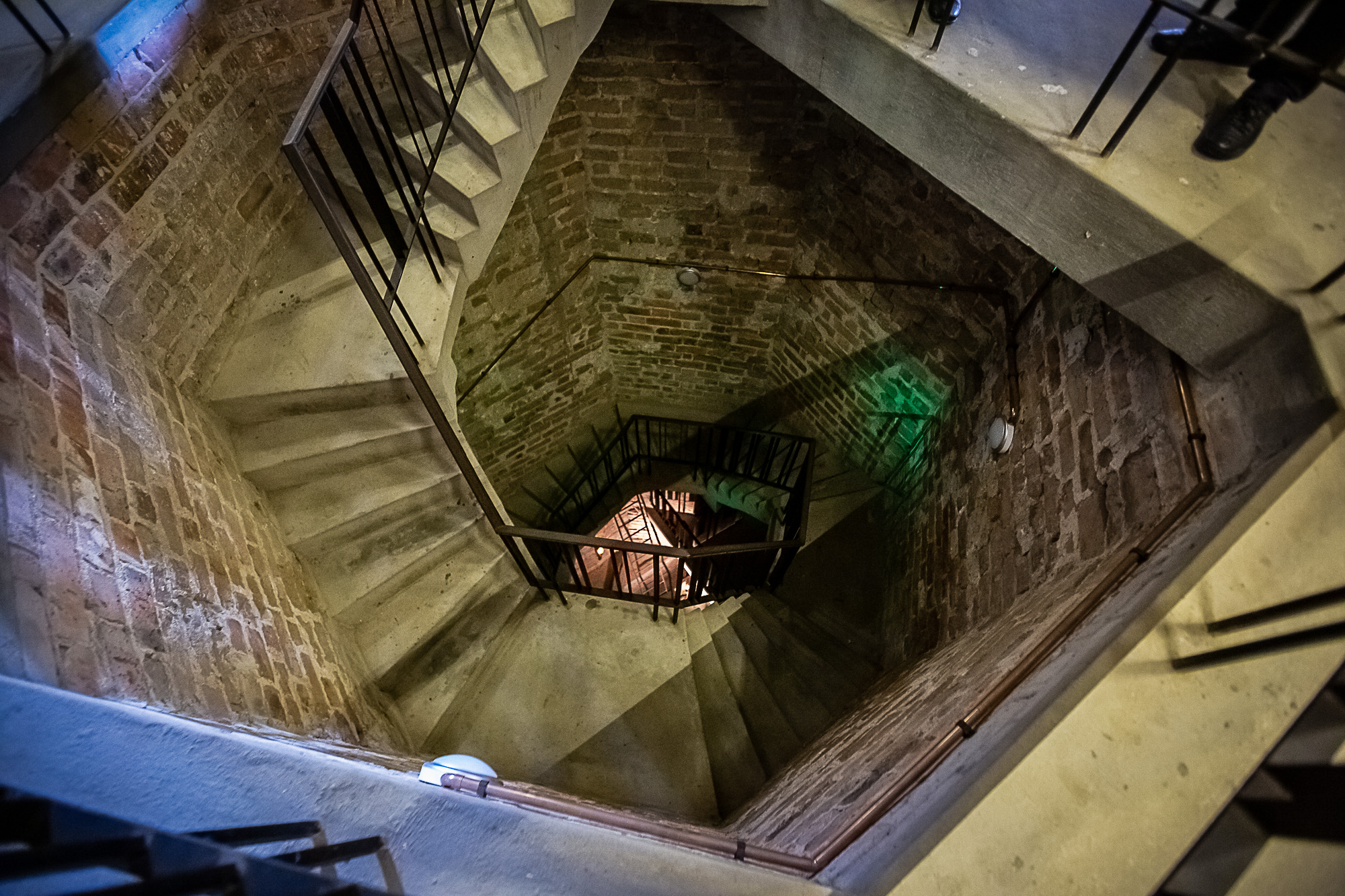 Rather than brush the rumour of infidelity off, Siemowit fell for the wheeze hook line and sinker, banished the pregnant duchess to the tower and launched an investigation.Kalbar/TFN

Though no-one doubts the veracity of the legend, was it really the inspiration behind Shakespeare’s play? Marcin Broniarczyk, director of the Museum of Rawa thinks so: “Scholars have researched how the legend could have made its way to late 16th century England.

“You have to remember that Siemowit was a Piast and the Piasts were all connected with each other,” he says. “Several years after the events described in the legend, another Piast Anna of Bohemia became the wife of the subject of one of Shakespeare’s plays, Richard II.

“She would definitely have known the story and would have taken it with her to the English royal court,” he adds. 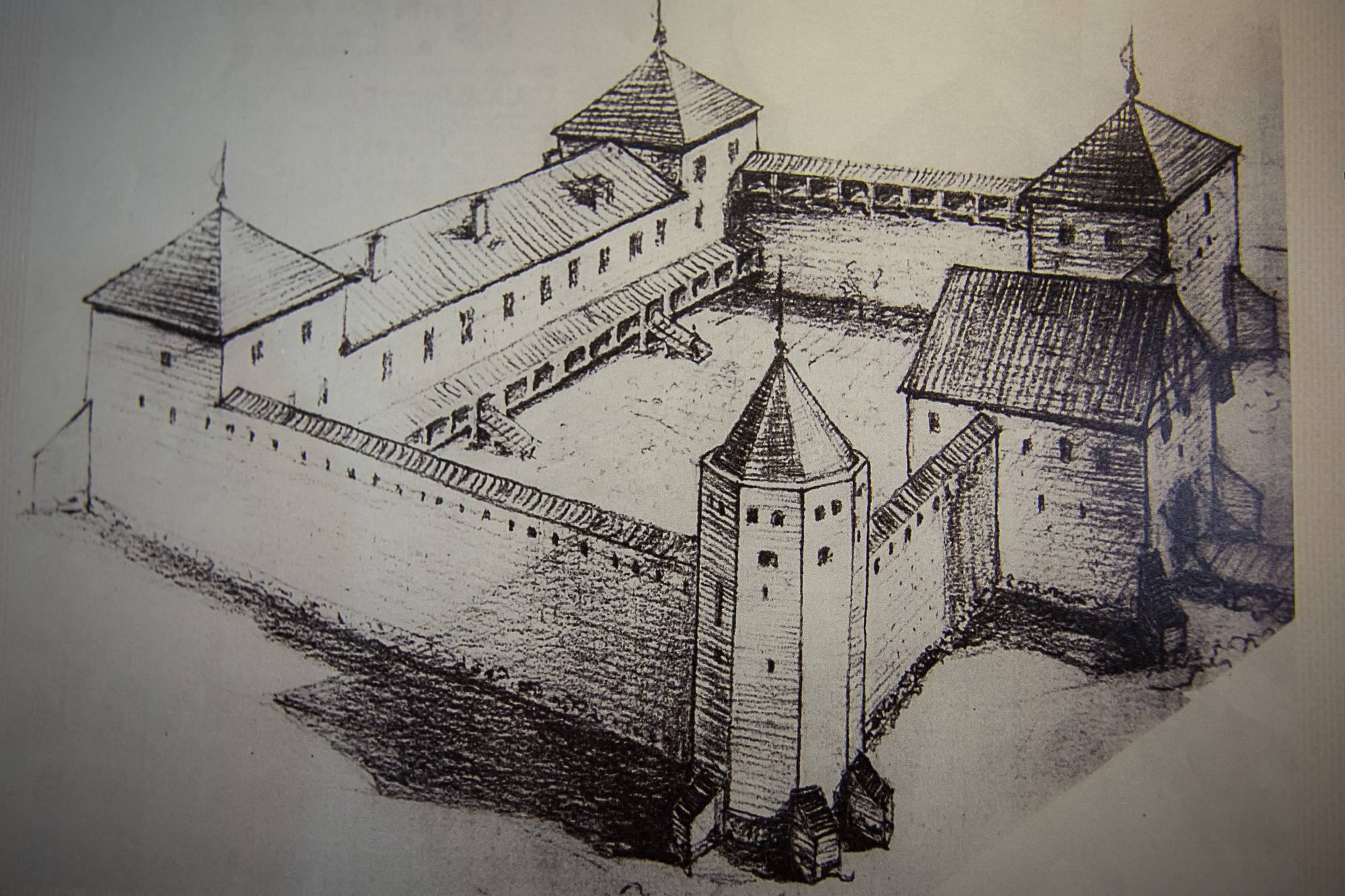 The castle as it once looked.Kalbar/TFN

The legend must have percolated in English society for some time. However, before Shakespeare got stuck into it with his nib, another English writer, Robert Greene, used the story in his novella ‘Pandosto’. It was this work that placed the action on Sicily and turned Siemowit into the King of Bohemia.

Whatever the actual truth may be, the town of Rawa is keen to trumpet its famous literary connections. The extant tower houses an absorbing exhibition devoted to the story as well as other mysteries and legends spawned by the castle’s history.

At the very top, visitors can see Siemowit and Ludmiła’s chamber as it may have looked in their time. 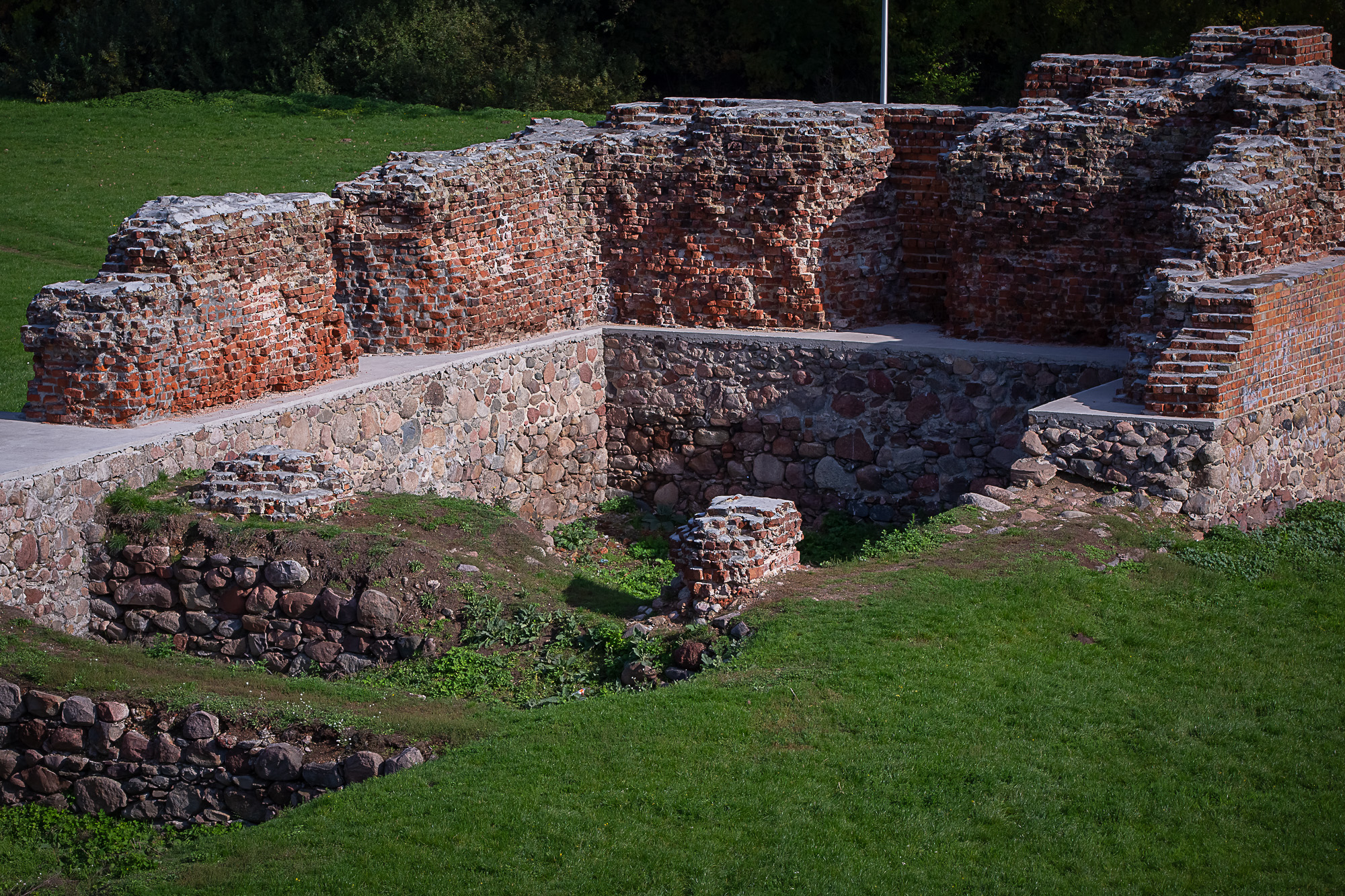 The invading Swedes trashed the castle.Kalbar/TFN

The view from the tower looks over the stadium of local football team RKS Mazowia and extends north over the verdant Masovian countryside.

Much further north is the place where Henryk’s days ended, though it is not a case of ‘All’s Well That Ends Well’.

Sent on an embassy to the Teutonic Order in Kwidzyn, he fell in love with a Lithuanian princess named Ryngalle. Not seeing his vow of celibacy as a hindrance, the couple married. A year later, he was dead after ingesting poison. Some say the knights did him in, but others, in a reverse echo of family history, assign the deed to his wife.

As Shakespeare wrote: “If I must die, I will encounter darkness as a bride”.

Word up! Iranian actor spreads word of one of Poland's theatrical greats with first ever translations into Persian