Marta Rentel, who is better known by her online persona Marti Renti, cashed in on close to 1 million PLN after a mystery buyer spent $250,000 for her emotions with a digital token called an NFT, or non-fungible token. 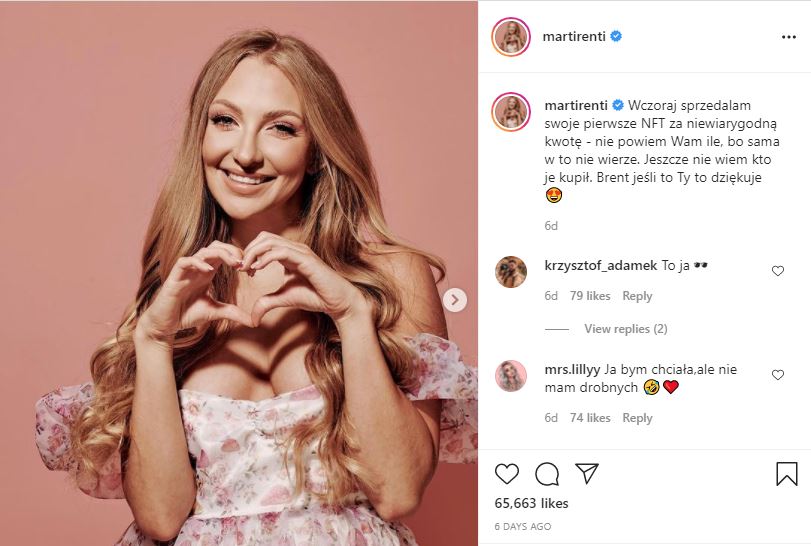 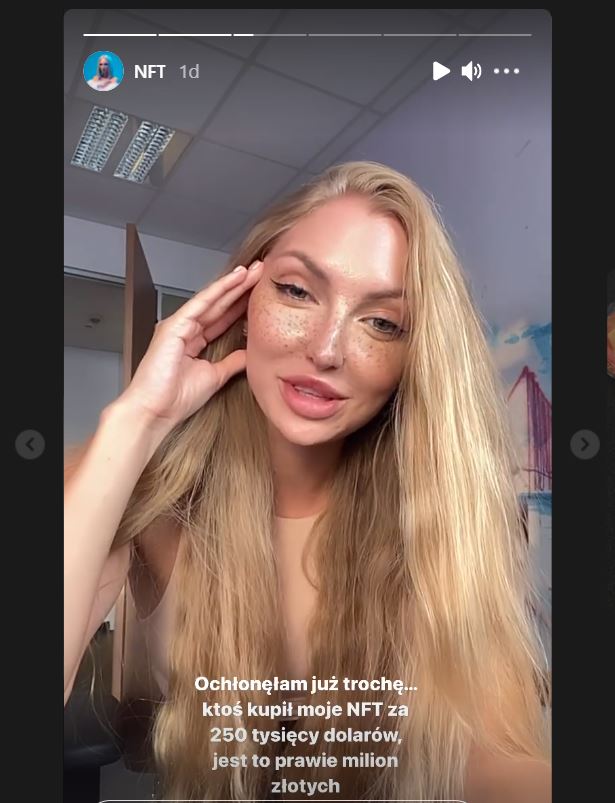 The 21-year-old posted the news of her world-first NFT sale on social media.MartiRenti/Instagran

The token is a new model for the exchange of works of art, graphics, music, and as it turns out, also emotions.

The operating model is that one person puts something up for sale, and the other, by buying it in the form of an NFT token, secures exclusivity for the thing. 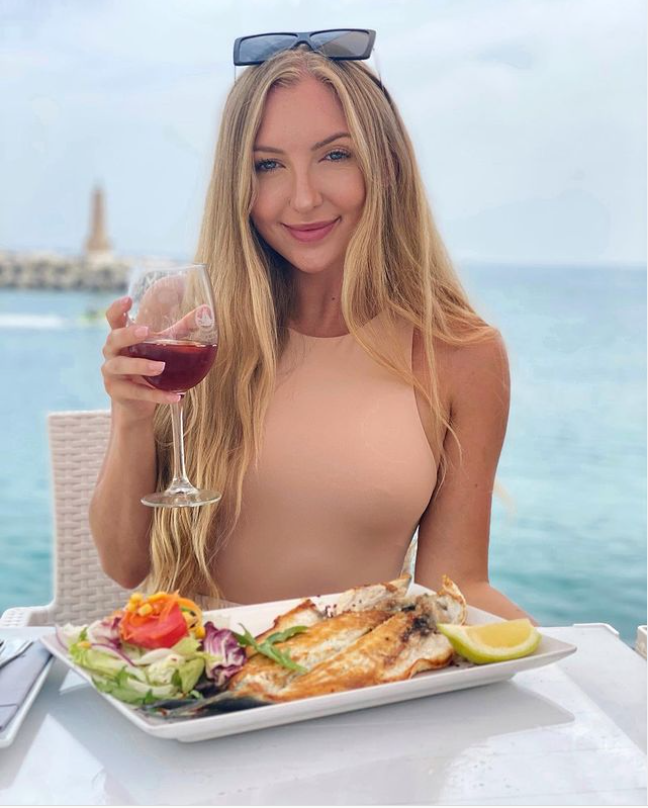 NFT, or non-fungible token, is a new model for the exchange of works of art, graphics, music, and as it turns out, emotions too.MartiRenti/Instagram

Despite the transaction, the author retains the copyrights to the sold work.

The 21-year-old said: “I can't explain exactly what it is. But if you do not know this, you will probably find out in the future.

“I want to be an innovator and create the future, so I was the first person in the world to tokenize emotions.

“Physical love, platonic love, and digital love may be different, but each is real in the same way as all our thoughts and feelings. 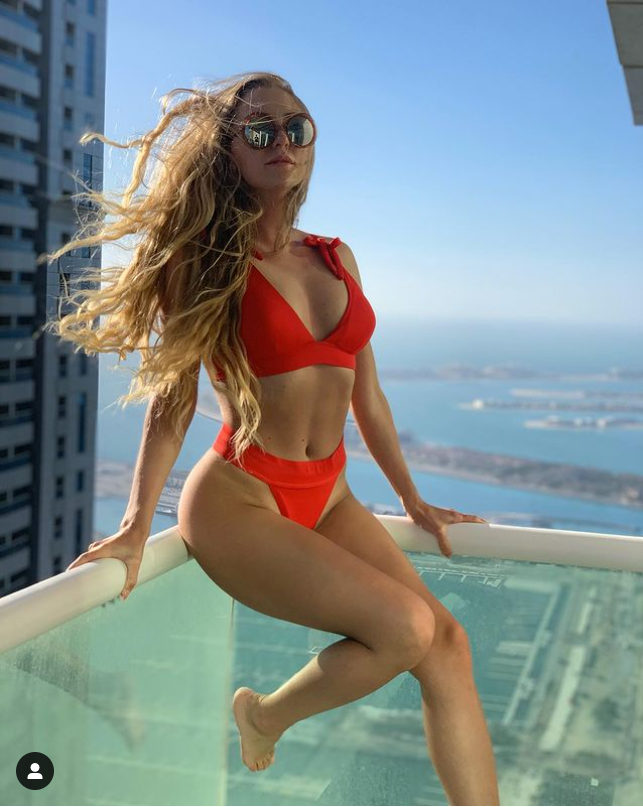 The influencer says she will give some of the 1 million zł to charity.MartiRenti/Instagram

“And digital means eternal. After all, everything that is digitized now will stay with us until the end of the world - photos, films, memories, everything.”

She added: “I always wanted Polish women to go down in history. I can already imagine what picture of me might appear in history books. It's possible, isn't it?” 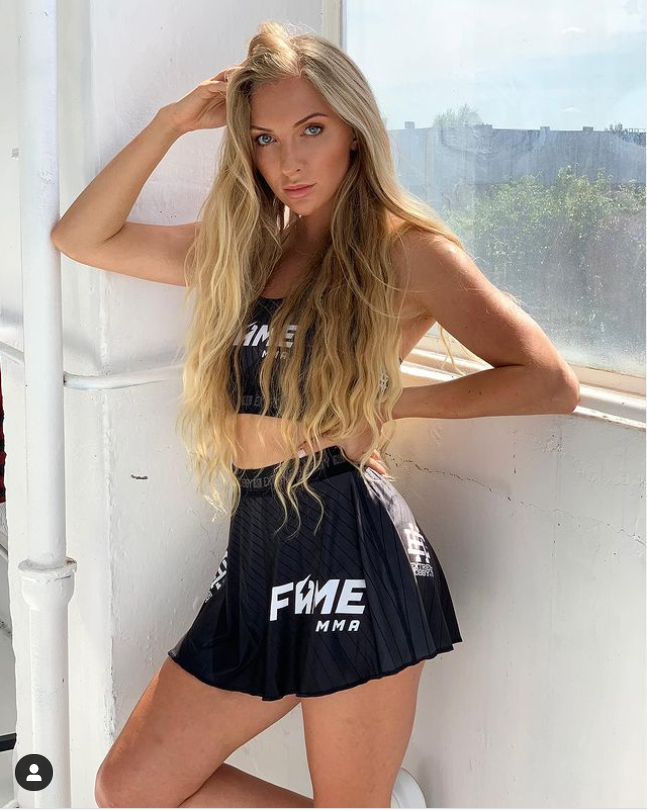 Rental who is starring in a new reality TV show called ‘Fame or Shame’, once tried her hand at MMA. Her single ‘Bad Girl  has 1.8 million YouTube views, her TikTok channel has 2.4m followers and 71.4m likes and her Instagram page has 650,000 followers.MartiRenti/Instagram

Rental who is starring in a new reality TV show called ‘Fame or Shame’, shot to public attention with her single ‘Bad Girl which has 1.8 million YouTube views, a TikTok channel with 2.4m followers and 71.4m likes and an Instagram page with 650,000 followers.

After selling her ‘love’ she posted: “Yesterday I sold my first NFT for an incredible amount - I won't tell you how much, because I don't believe it myself. I don't know who bought them yet. Brent, if it's you, thank you.”

She later said she will donate some of it to charity, adding: "As I said, my plan is to invest these funds in cryptocurrencies, but I'll do some good with some of them."

‘Even though I’m gone, don’t cry for me. I love you’: Devastated parents find heart-breaking ‘book of love’ left for them by brave daughter, 8, who died of cancer