Could two billion dollars of lost Tsarist treasure be hidden in a palace near Warsaw?

It seems unlikely and yet rumours of such have been circulating ever since the last man who knew of its location, the pre-war Polish Indiana Jones-style adventurer and travel writer Ferdynand Ossendowski, succumbed to a curse and died after a secretive meeting with a mysterious German officer in the dying days of World War Two.

The origins of the unsolved mystery go back to the bloody days of the Russian civil war in faraway Mongolia. Ossendowski had become the confidante of a brutal White Russian warlord of German descent, Roman von Ungern-Sternberg, known as the Mad Baron. 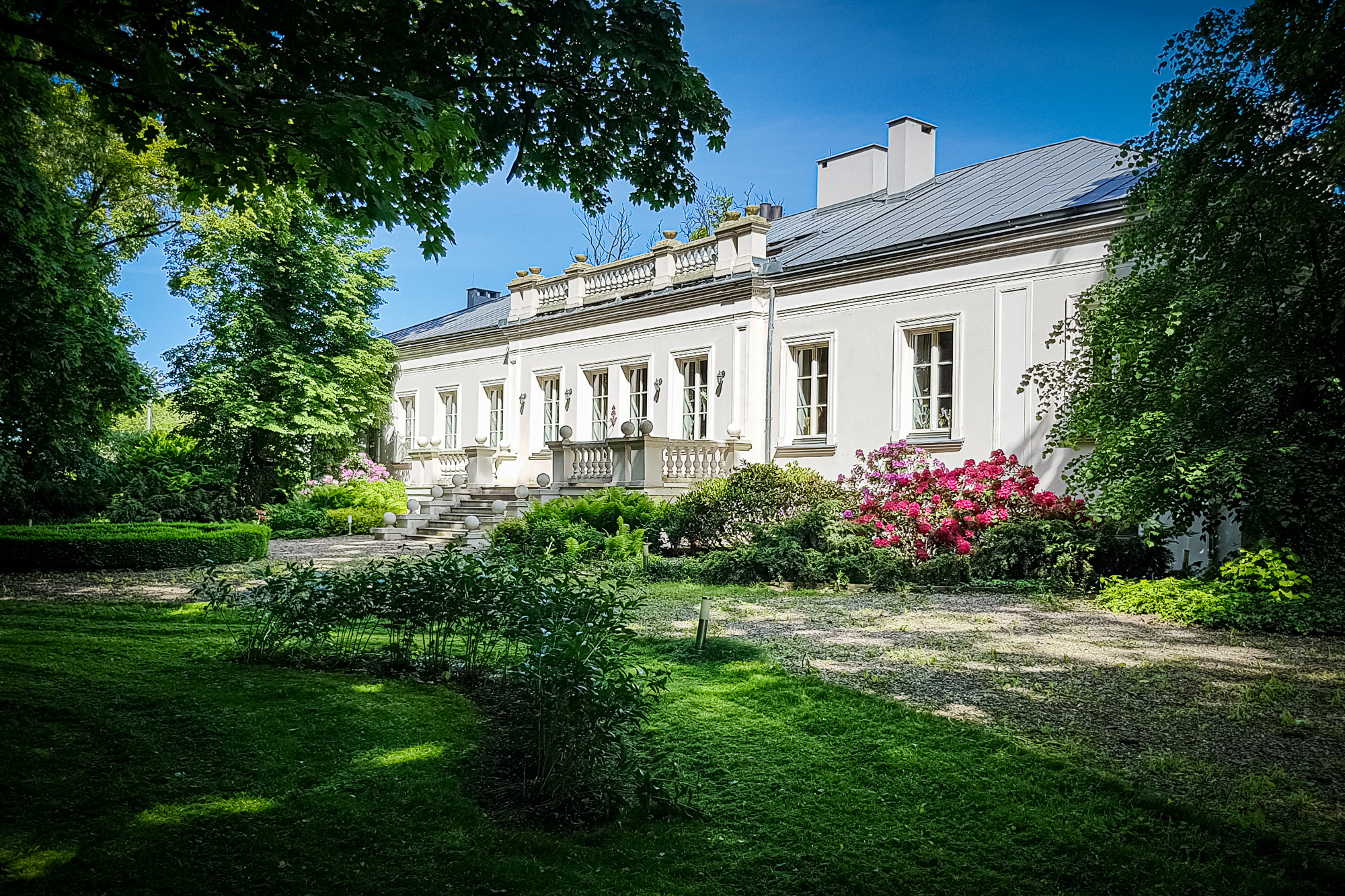 Speculation has abounded that treasure rivalling in value and splendour the much-searched-for Nazi loot from WWII may be buried in the English-style garden of the charming yet low-key palace in Żółwin. Kalbar/TFN

After having acquired and then lost a war chest made up of golden roubles and Tibetan Buddhist sacred treasures estimated to be worth 20 million dollars at the time, a Buddhist lama placed a curse on him that he would die within 136 days, which he duly did courtesy of a Bolshevik firing squad.

Ossendowski also had a curse placed on him foretelling that he would die after being told of his impending fate by Ungern-Sternberg. Thus, with the warlord out of the way, Ossendowski must have felt pretty safe. 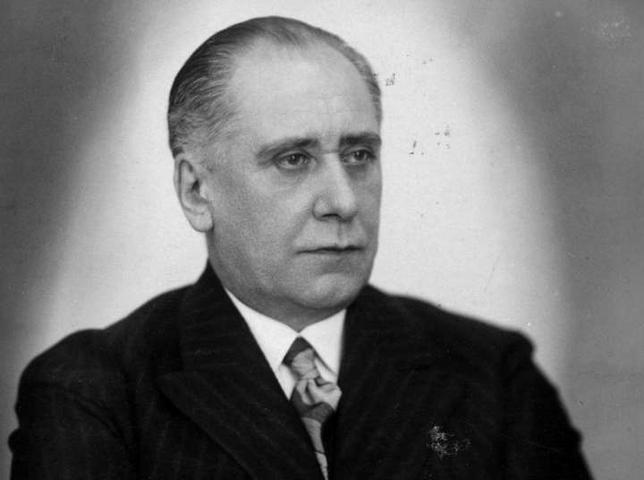 A writer, traveller, scientist, spy, university lecturer, soldier, and above all an adventurer, Ossendowski was one of the most popular authors of pre-war Poland whose real-life tales of adventure sold over 80 million copies around the world.Wikicommons

He may therefore not have been too alarmed when on January 2, 1945 a dark Opel German staff car came to the palace in the hamlet of Żółwin near Warsaw where he was staying after escaping from the Warsaw Uprising.

A German lieutenant got out of the car and went inside. The two spent most of the day talking. No-one knows about what, though there are rumours that the German possessed one half of a treasure map.

When the German left, Ossendowski immediately burned all his personal papers. He suddenly felt sick and was taken to hospital in nearby Grodzisk Mazowiecki. He died the next day. The German officer’s surname was Ungern-Sternberg, believed to be the Mad Baron's son.

Since that time, speculation has abounded that treasure rivalling in value and splendour the much-searched-for Nazi loot from WWII may be buried in the English-style garden of the charming yet low-key palace in Żółwin.

Ferdinand Antoni Ossendowski is one of the most mysterious figures in Polish literature and the subject of many fascinating legends. 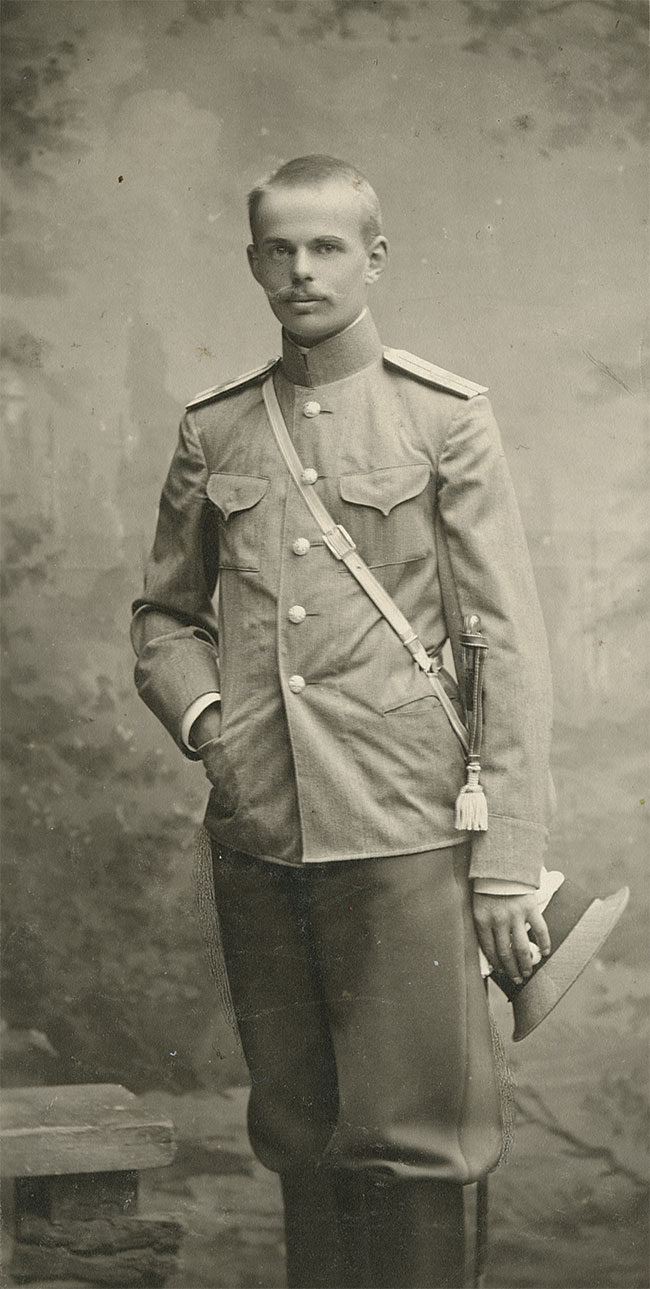 Ungern-Sternberg: A German nobleman from Estonia and an officer of the tsarist army. Descended from Livonian pirates, he was a mystic and a brutal commander.Public domain

A writer, traveller, scientist, spy, university lecturer, soldier, and above all an adventurer, he was one of the most popular authors of pre-war Poland whose real-life tales of adventure sold over 80 million copies around the world. He even claimed that one of his books contains a photograph of the treasure’s hiding place.

When the Russian revolution erupted, he took the side of the tsarist government without hesitation. Wanted by the Bolshevik political police, he fled east, where he moved with ease thanks to his knowledge of the countries of Central Asia and great knowledge of the region’s languages.

It was on the steppes of Central Asia that his path crossed with Ungern-Sternberg, a German nobleman from Estonia and an officer of the tsarist army. Descended from Livonian pirates, he was a mystic and a brutal commander.

In Mongolia, which he liberated for a short time from the hands of the Bolsheviks, he was considered a hero. Some worshipped him like a god, believing that he was the fulfilment of a prophesy that a commander from the north would come as the reincarnation of Genghis Khan. Others believed he was the devil. 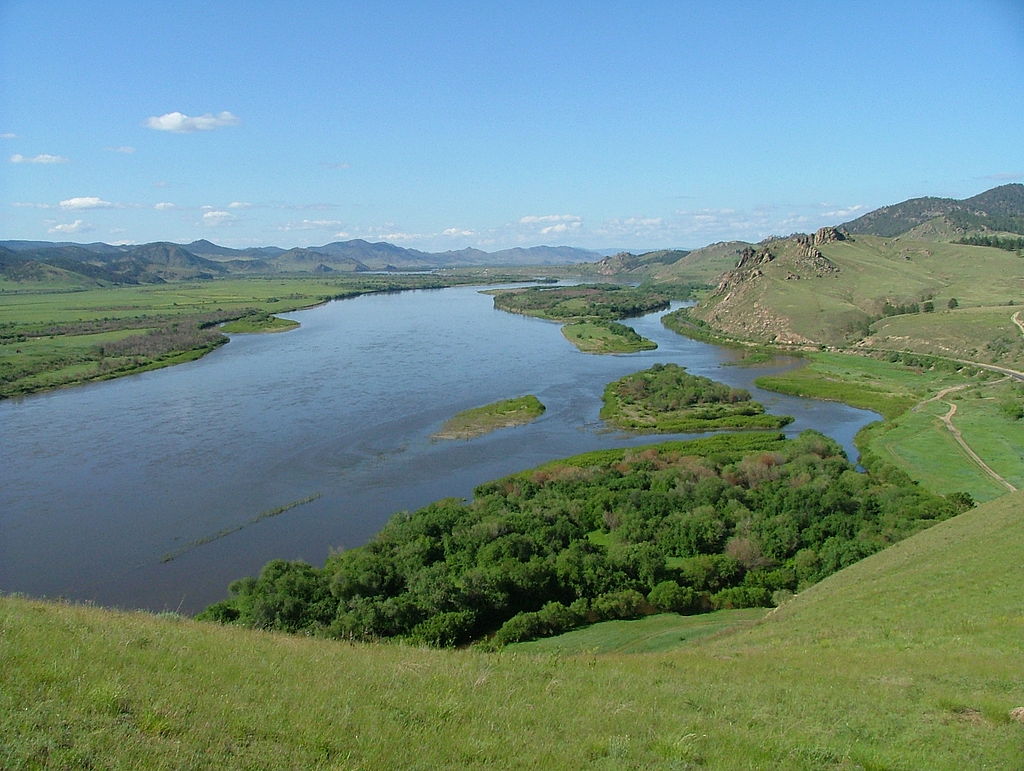 For a while it was thought that the treasure might be lost in the Selenga River after Ungern-Sternberg's troops came under attack from a Bolshevik cavalry regiment. Wikicommons

Both men were very fond of each other. Ossendowski saw in him protection against the Communists and someone who shared his fascination with Asia. For Sternberg, the Pole became the confidant of his considerable secrets.

Though the idea that the treasure may lie a few stops away from Warsaw along the WKD commuter railway line is mouth-watering, the key to the real location of the treasure may lie with Kamil Giżycki, a trusted officer of the baron who settled in Wrocław after World War II.

In his notes, he recalls an incident when Ungern-Sternberg's troops crossed the Selenga River in Mongolia and they were attacked by a Bolshevik cavalry regiment. 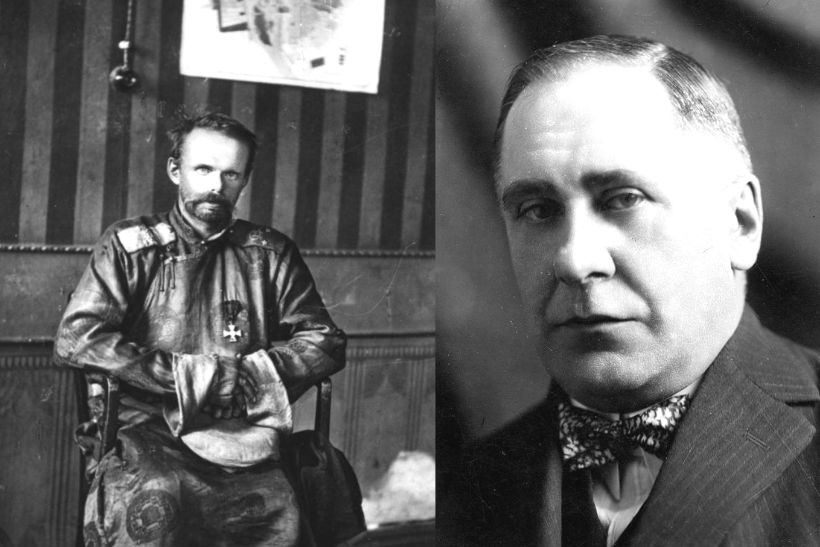 Giżycki describes horses being felled by bullets and falling into the water taking with them carts full of valuables including the division's treasury. Only some of the gold, silver and jewellery was saved. He writes that the river crossing cost the lives of 80 soldiers and two million gold roubles.

After the Baron's death, the treasure hunt began in earnest. In the 1930s, an American team set out to Mongolia with a man called Konstantin, the brother of Baron Ungern-Sternberg. They found nothing, and Konstantin was soon murdered in Vienna.

At the end of the 1930s, several German expeditions were organised by the SS. Apart from searching for treasure, they also wanted to discover the secret powers that the Baron was said to have obtained from the Tibetans about how to influence people’s subconscious. It was said that the Baron used this esoteric knowledge to make 30,000 armed Chinese surrender to 800 of Ungern-Sternberg’s cavalrymen. 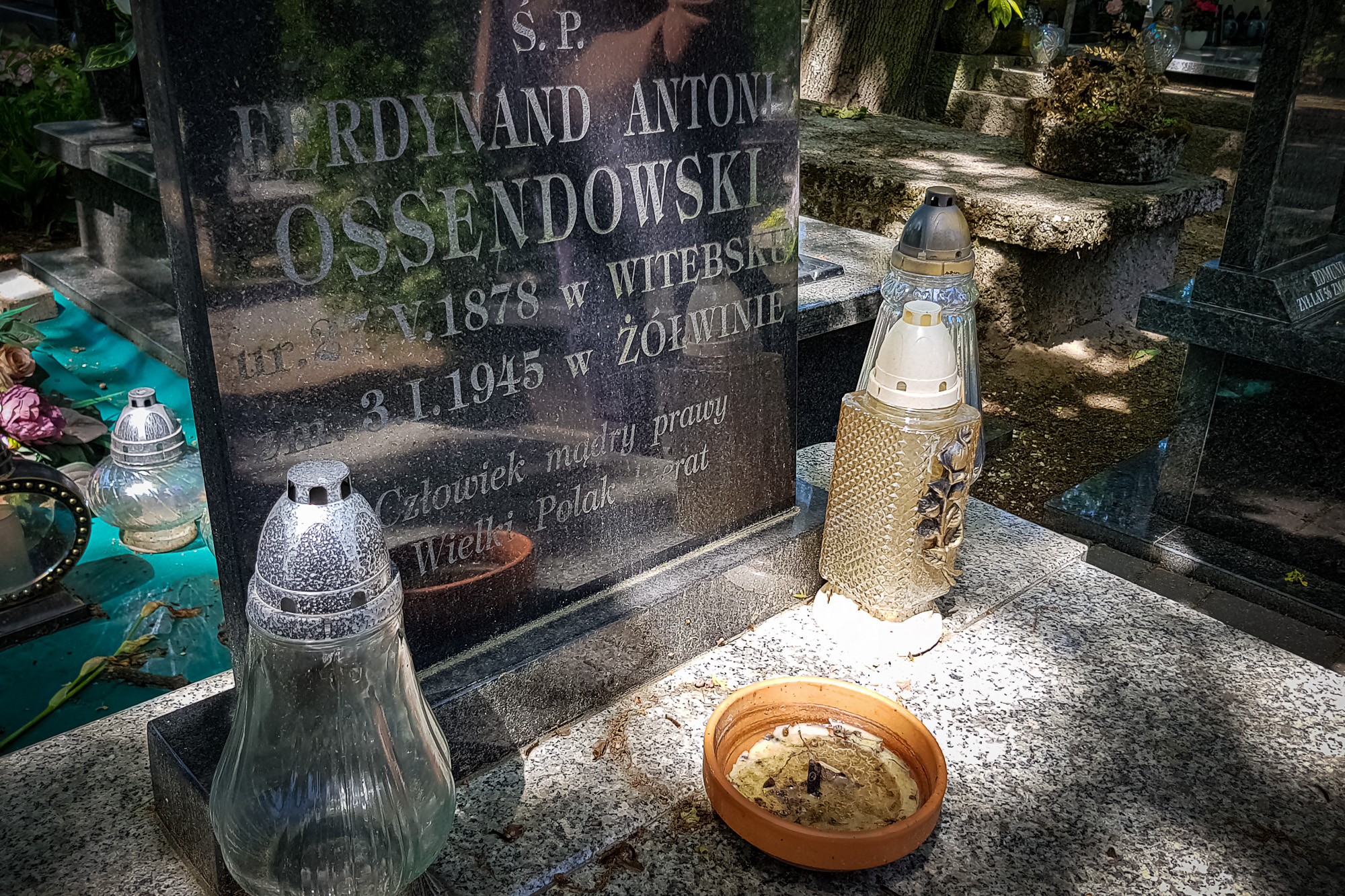 In the 1990s, further explorers organised an expedition to Mongolia to trace the legendary treasure, but this time it was red tape that bogged them down.

Today, memory of Ossendowski has all but faded. The writer, who used to be known as the Polish Lawrence of Arabia, was hated by the Communists and all trace of him was erased after the war. This was largely due to his involvement in the inter-war Sisson affair in which he was supposed to have passed to the West documents showing that Lenin was an agent of German intelligence and that the Bolsheviks were being financed with German money. He later wrote about this in one of his best-known books titled Lenin: God of the Godless. 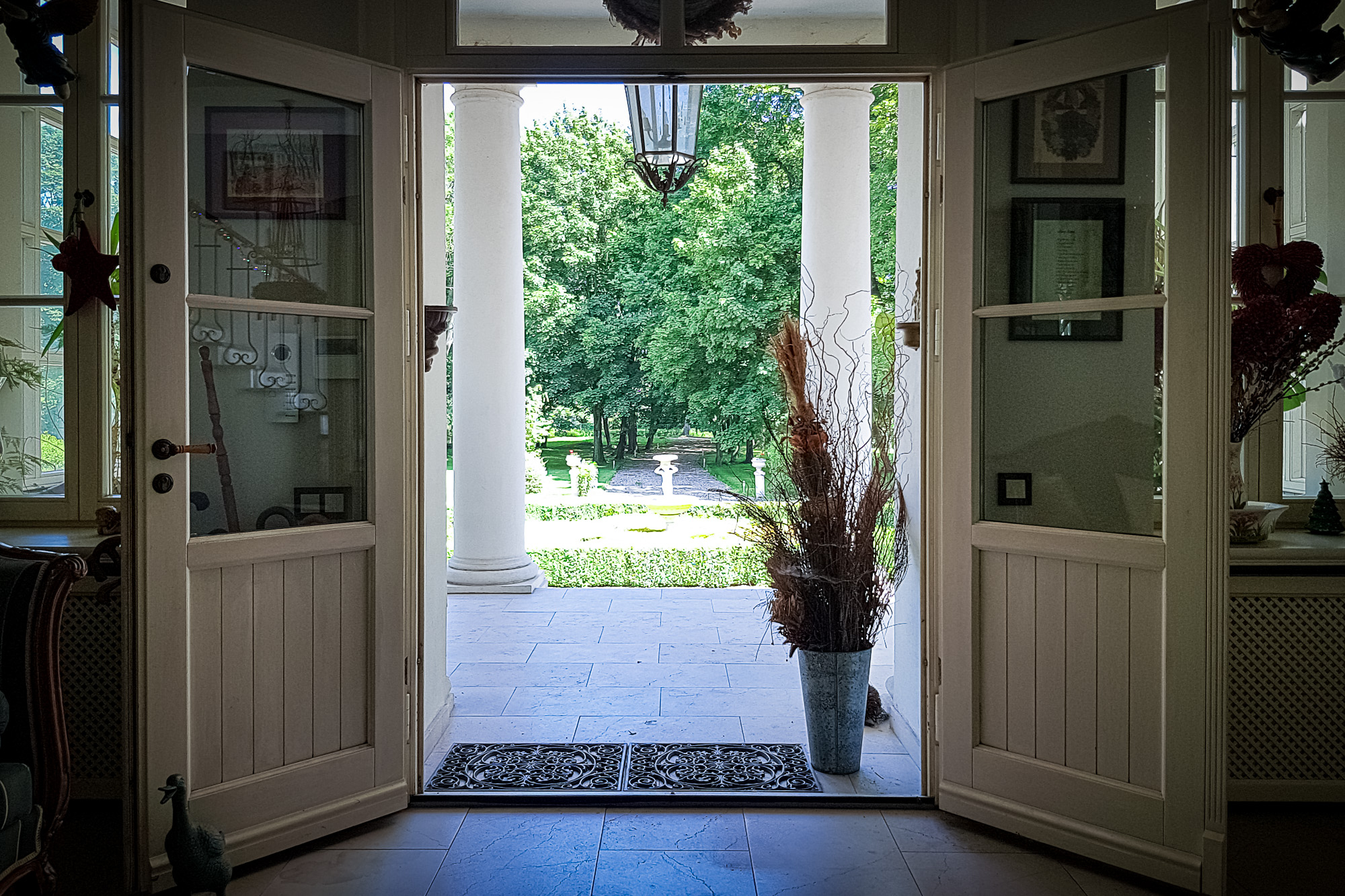 After the war, the palace became home to a silk museum but later fell into disrepair. Several years ago, it was bought and turned into a beautiful private home in which a couple of the rooms can even be rented on Airbnb. Kalbar/TFN

Underscoring how important Ossendowski was for the new Communist authorities in Poland, when the Red Army entered Warsaw on 17 January 1945, on the very same day NKVD officers arrived in Żółwin to track Ossendowski down. Not believing that he had died just days before, they dug up his body and got his dentist to identify him through his teeth before dumping his body back in the ground.

Now, he lies in a grave in Milanówek, near Warsaw, the granite tombstone having been funded by locals in the 1960s. Whether his death was the fulfilment of a curse we shall never know. Some have suggested that the German who visited him in Żółwin was an intelligence officer who wanted Ossendowski to head an autonomous Poland in a common front against the Soviets and that he was poisoned when he refused.

Whatever secrets Ossendowski took with him will rest for eternity in this leafy part of western Mazowsze. But that won’t stop the rumours and intrigue continuing.