In Pilecki’s footsteps: the story behind the book ‘The Volunteer’

When it came to writing ‘The Volunteer’, a new book exploring the life of wartime hero Witold Pilecki, Jack Fairweather wanted to follow in the man’s footsteps, despite the passage of time. To do this he even jogged across the same bridge before dawn that Pilecki had crossed after his escape from Auschwitz on the same day of the year just many decades before. Fairweather even sheltered in the woods where the escapee may have first rested after his dramatic breakout from Nazi Germany’s most feared death camp.

Fairweather’s desire to follow in the footsteps stemmed from a need to see and feel, wherever possible, the places Captain Witold Pilecki passed through in order to get an understanding of a man that had sacrificed so much when he volunteered to go to Auschwitz in 1940 and report on the conditions in a camp that was already growing in notoriety for its cruelty.

“The most amazing part of the research was when I could combine these locations, where Pilecki had been and performed great deeds with the memories of those who had known him and met him,” said Fairweather for an interview with TFN.

“What was amazing was finding families who had actually sheltered Pilecki,” he adds. “They were just children at the time but they remember him. It was incredible that these families had stayed and that the people are still alive. If I tried doing this story a few years later, I would have missed the details these families could provide.”

The tracing of Pilecki’s footsteps took Fairweather on a trip across Poland as he learnt the extraordinary story of a man who just a short time before he knew next to nothing about. 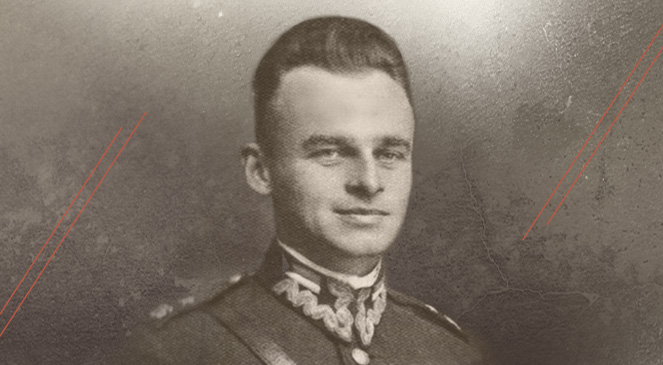 Witold Pilecki’s story is one of courage and heroism almost beyond imagination.Public domain

It was a chance conversation in Baghdad that had first alerted Fairweather to Pilecki’s story. Covering the Iraq war for the British newspaper The Telegraph he was chatting with a fellow war correspondent who had just come back from Auschwitz, and the story of a man who had tried to organise a resistance movement in the camp cropped up in the conversation.

“This was quite stunning to me, and upended my whole sense of what Auschwitz was,” says Fairweather. “That people could be fighting back against the Nazis at the heart of what was their greatest evil.”

Fairweather later read Pilecki’s 1945 report and was captivated by the story of its author; a story, he adds, that also struck a deep personal chord.

“When I read that report I was about the same age as Pilecki, I also had a wife and two children and a home, and I just remember feeling a bit in awe of that decision [to go to Auschwitz],” says Fairweather. “What would make someone give up everything to go on such a mission? It seems like madness.”

It was this courage and willingness to sacrifice all, The Volunteer’s author says, that made Pilecki’s story stand out from the rest and trump any reservations publishers may have had about commissioning a book on a man few outside Poland have ever heard of.

“Pilecki’s story was a story that connects with people wherever they are,” explains Fairweather. “That act of courage was such a startling story. Publishers were intrigued by it. The strength of his story carried everything with it, as indeed it should.”

With the book now published, and Fairweather travelling from book launch to book launch, he says the excited reaction from the public mirrors the reaction he first had when he heard about Pilecki’s story. 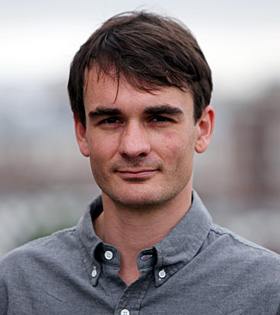 Jack Fairweather, the author of ‘The Volunteer’.jackfairweather.com

But Fairweather adds that reaction has also gone further and helped bridge a divide of mistrust, confusion and occasional animosity between Poles and Jews when it comes to the events of the Second World War.

“It seems that his story is able to connect with people and it has been very moving at book events in the US that it brings people who had Polish and Jewish Auschwitz stories together,” he says. “It felt that Pilecki’s story connects the two sides of the camp together.

“As you probably know in Poland there is view that Auschwitz is a site of Polish martyrdom and the rest of the world sees Auschwitz primarily as the location of the mass murder of Jews, and there is this weird disconnect between the two. Pilecki’s story brings together those two sides.”

Having explored in depth Pilecki’s life Fairweather also believes that it leaves another precious legacy.

“When I think about how Pilecki is being used by nationalists and the far right in Poland I think it goes against everything Pilecki represented,” he says. “I think he would be advocating that Poles should come together to face any threat Poland faces. He tried to look beyond political views and judge people by their character, which is why he was such an amazing recruiter, and that is why nobody betrayed him.”