A journalist who saved the lives of 20 Ukrainians during a Russian bombing campaign has dismissed calls for her to be named a hero, saying “I did what had to do.”

War reporter Monika Andruszewska had been in the city of Irpin when it came under attack from Russian missiles. 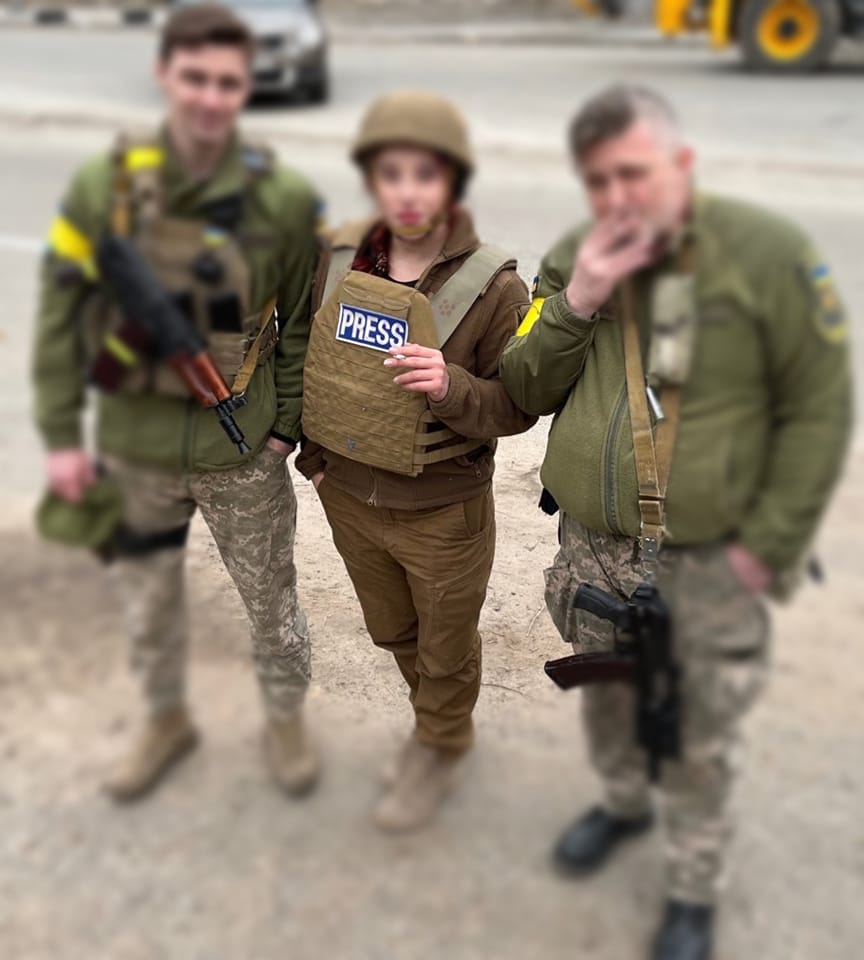 Posting a photograph on social media of the redhead with two Ukrainians in combat fatigues, a volunteer soldier said: ‘Today, this fragile but desperate Polish reporter personally rescued about twenty families from under a bridge across the Irpin River. Monika Andruszewska/Facebook

Coming across a group of terrified locals attempting to escape, Andruszewska abandoned her camera to help escort them out of the danger zone.

The attack in the city on the outskirts of Kyiv has since been described as a ‘slaughter of innocents.’ 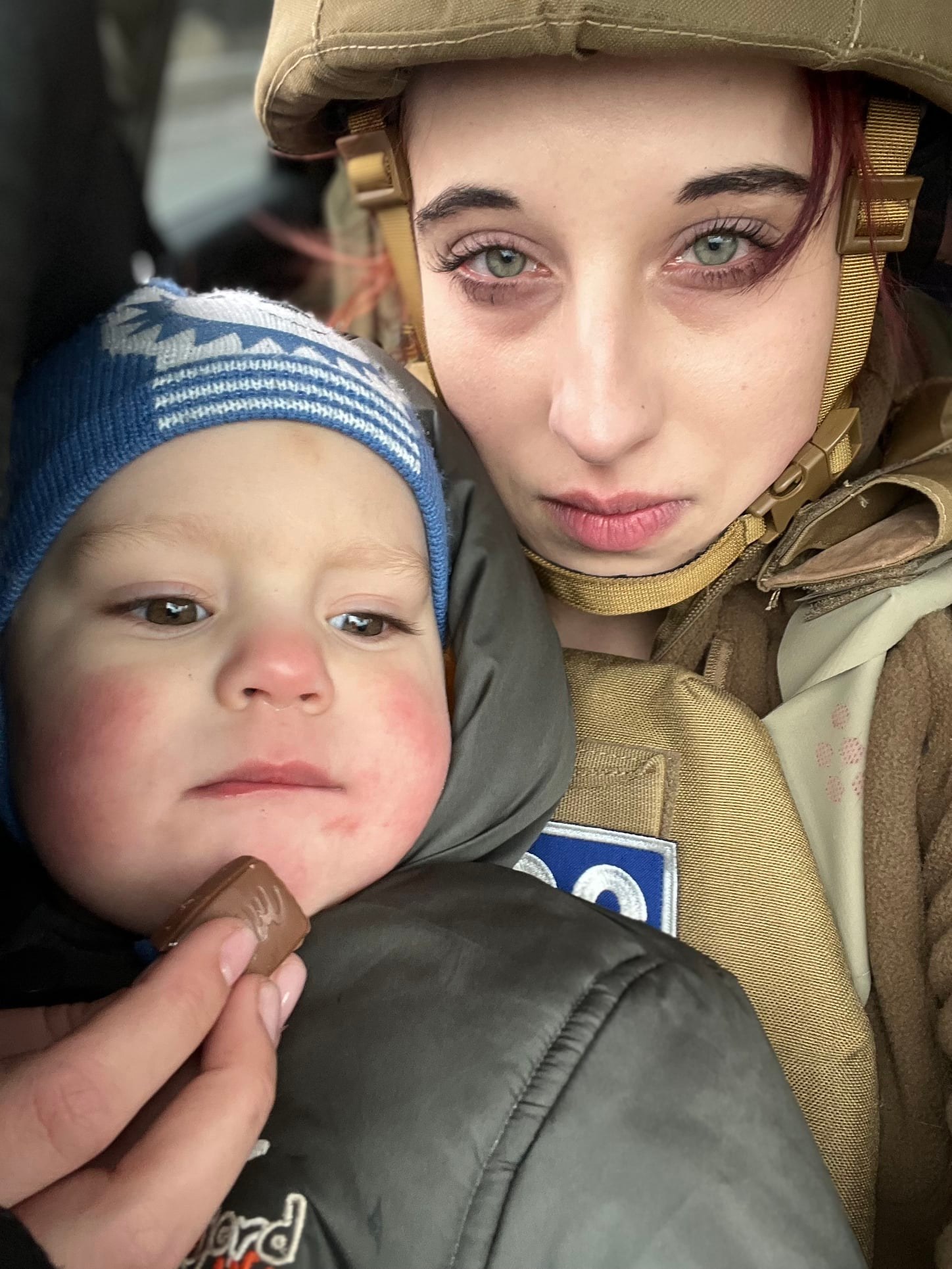 Andruszewska said: “People were trying to escape the shelling and the advancing Russian troops.

“There were panicked families with children, elderly, animals … They were walking along the collapsed bridge, while artillery was pounding nearby. 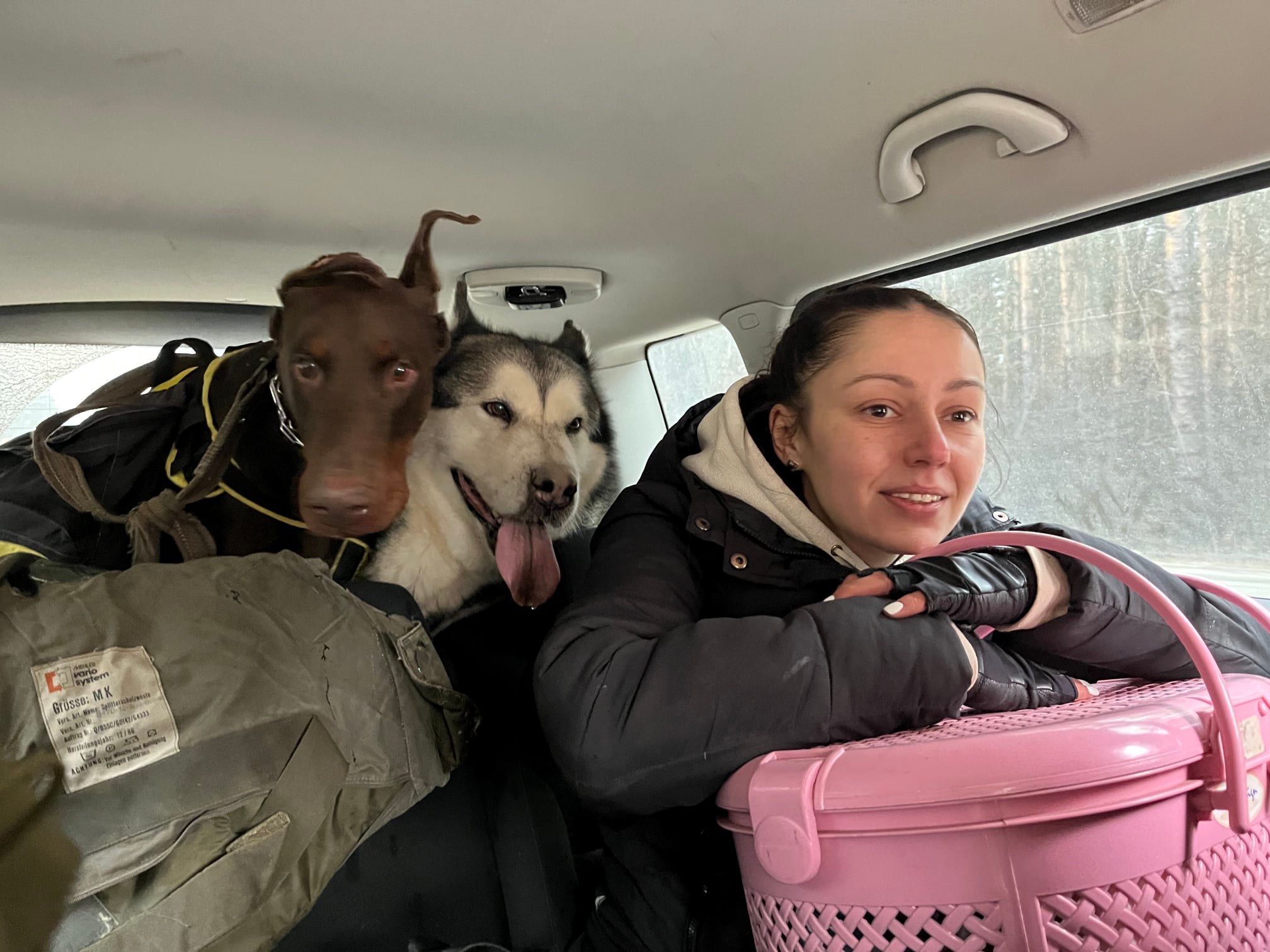 One was with her two dogs, including a giant Alaskan Malamute. Monika Andruszewska/Facebook

“There weren’t enough cars to evacuate them. We started transporting them and, after many trips, we managed to evacuate a total of 30 people and some animals to Kyiv.”

She added: “These people were extremely exhausted, many of them having spent the last few days in a basement.” 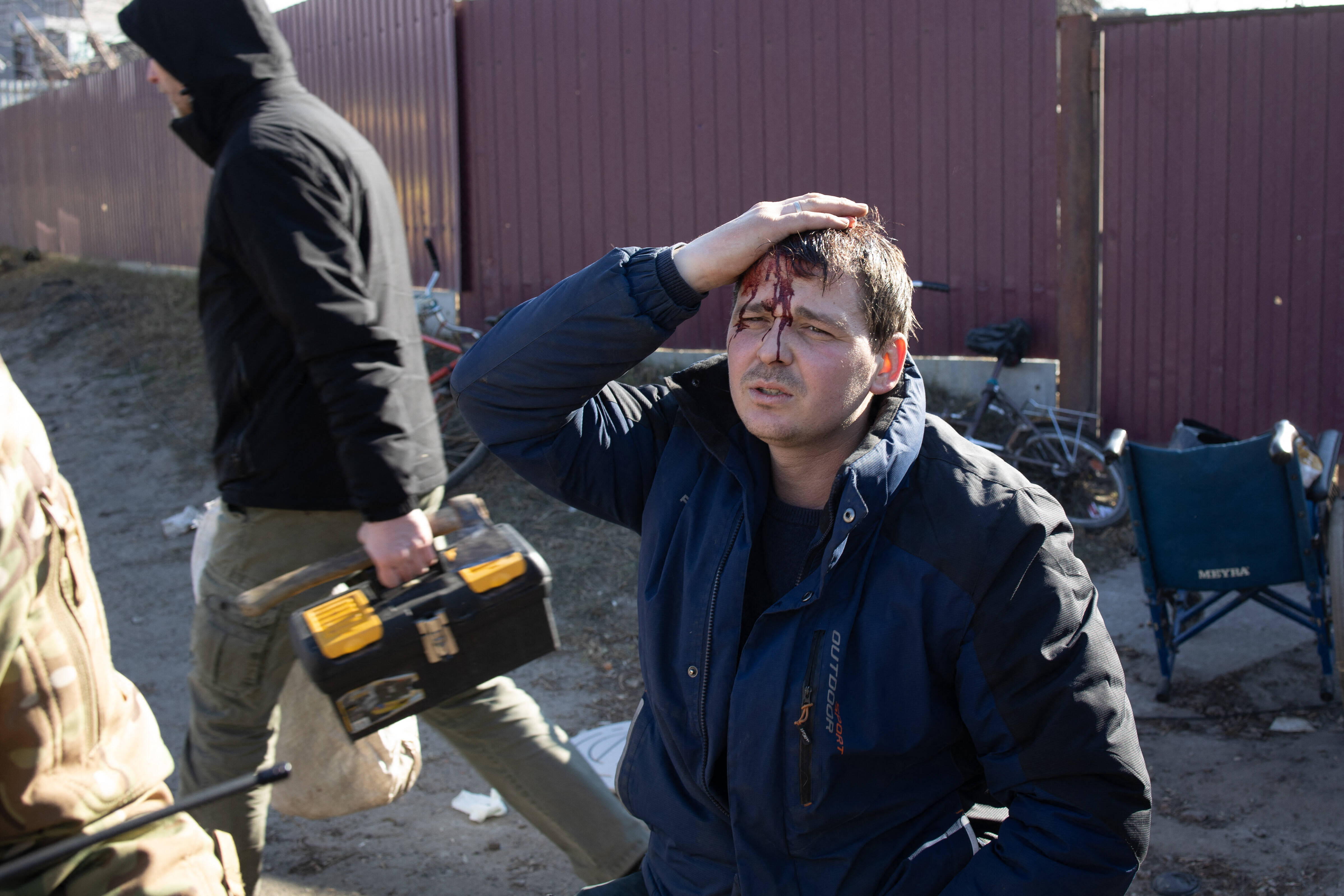 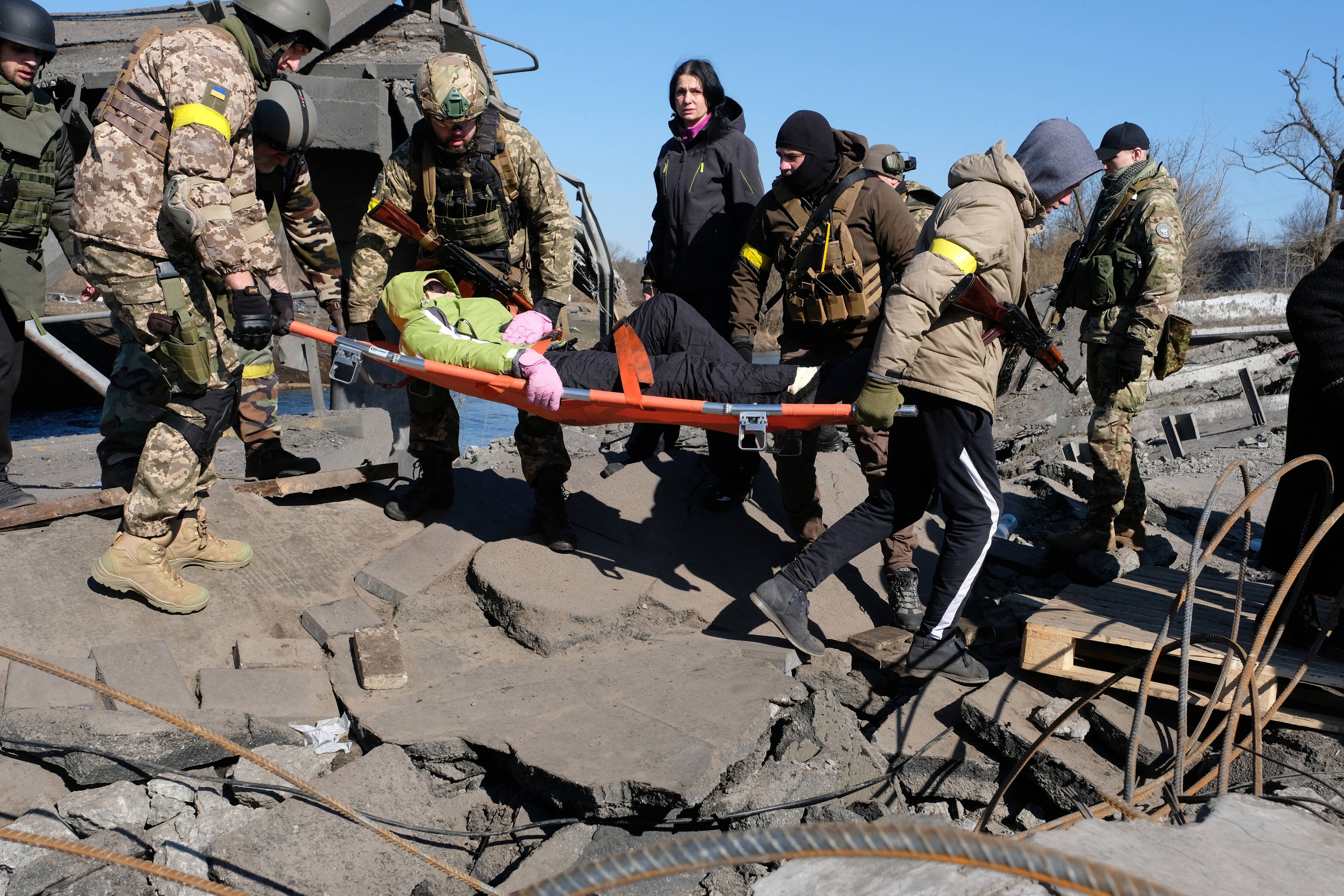 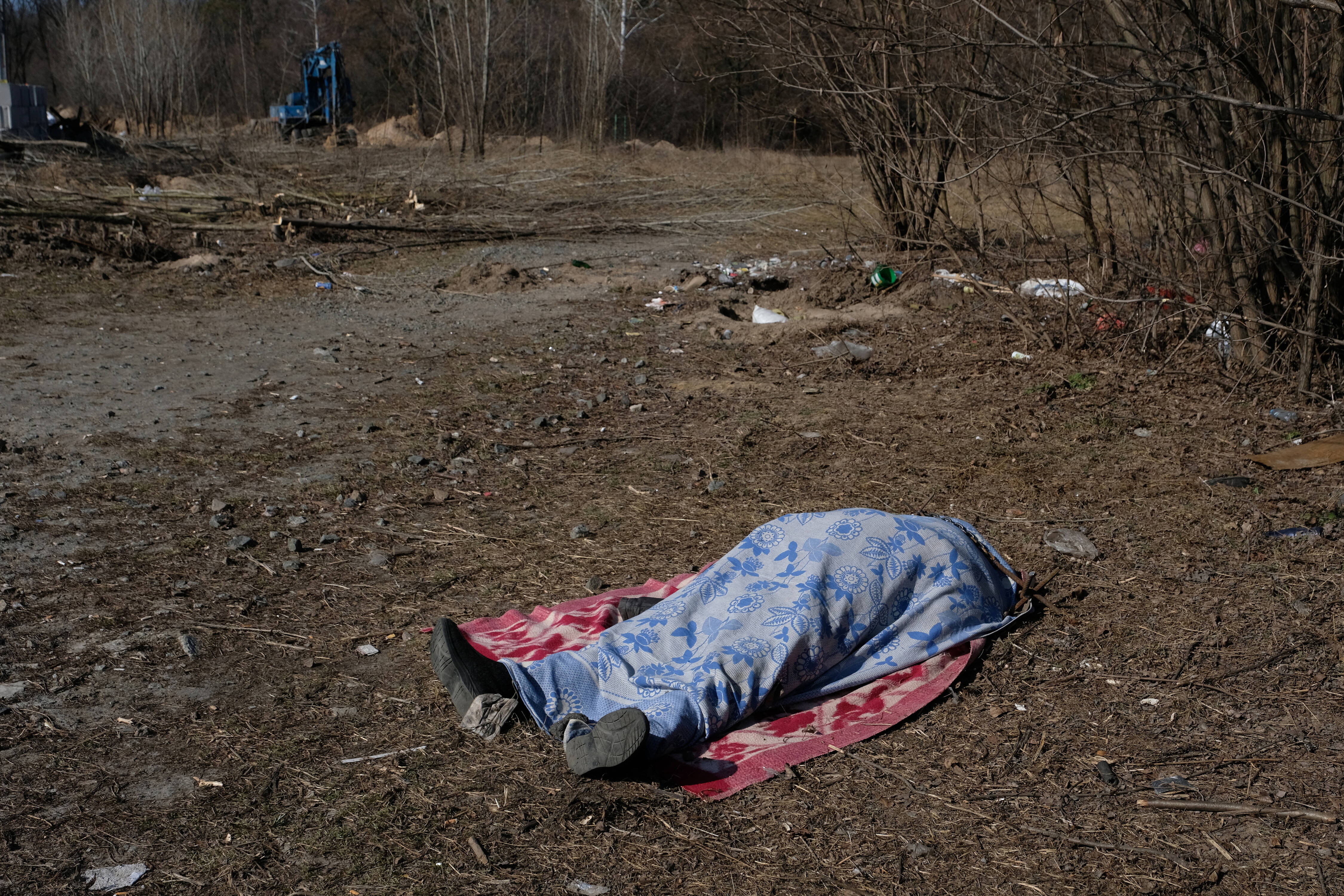 A volunteer Ukrainian soldier posting a photograph on social media of the redhead with two Ukrainians in combat fatigues said: “Today, this fragile but desperate Polish reporter personally rescued about twenty families from under a bridge across the Irpin River.

“She decided that reporting on the suffering of people in this situation is inappropriate, because people are dying. Honour, Mrs. Monica!”

Following the incident which took place three weeks ago, Andruszewska has now dismissed calls for her to be recognised as a hero. 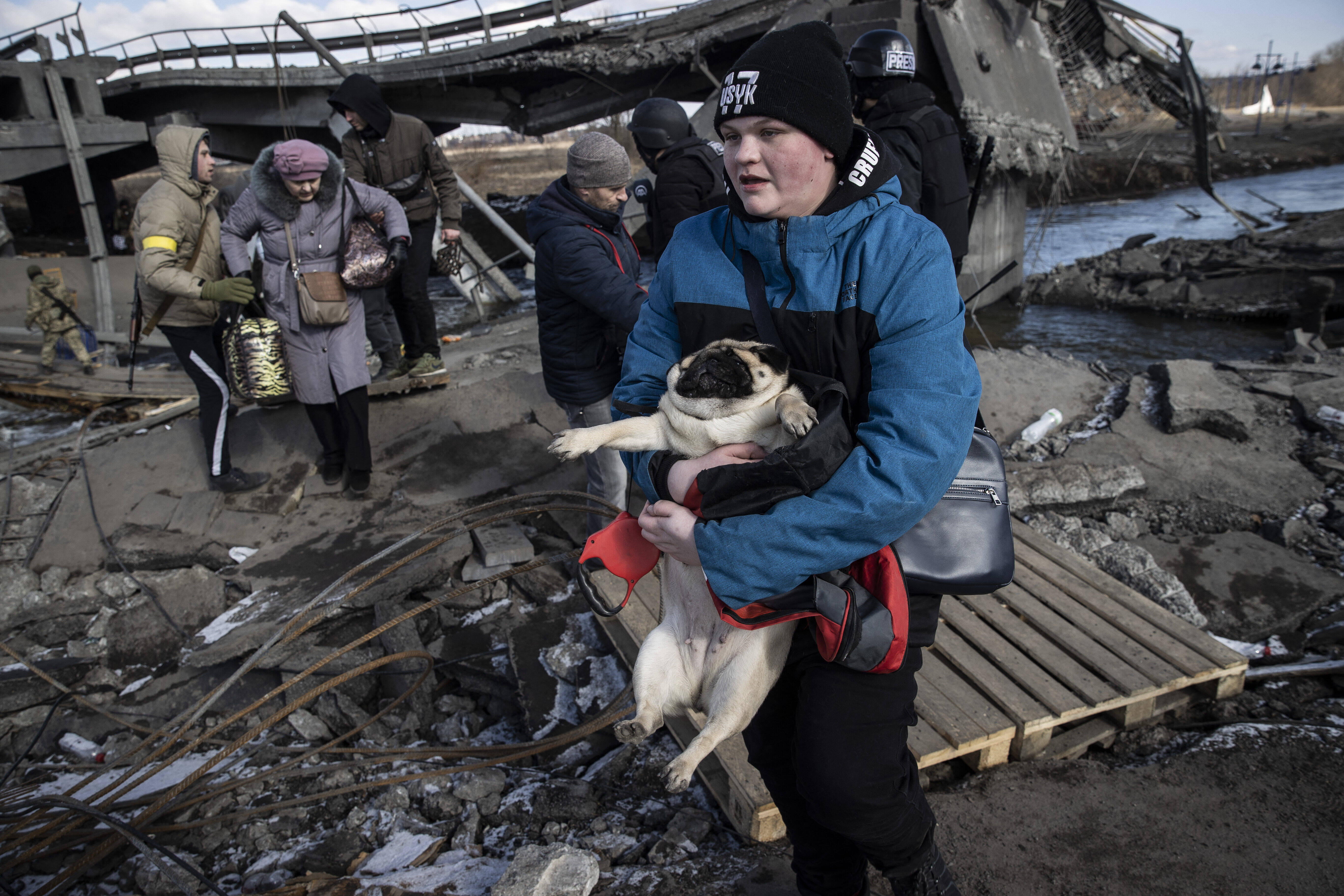 The TV reporter said she was spurred into action after seeing panicked families walking along a collapsed bridge, while artillery was pounding nearby. AA/ABACA/PAP

The 30-year-old who works for TVP World said: “I get a lot of really warm messages, including requests to be in the media and tell stories about it.

“I’m sorry, but no. I was just doing what I had to do and there’s no need to shine in the media about that now.

“Thanks, but there’s really nothing special here. The truth is that I got used to driving under fire in the last few years and I didn’t really think about it.” 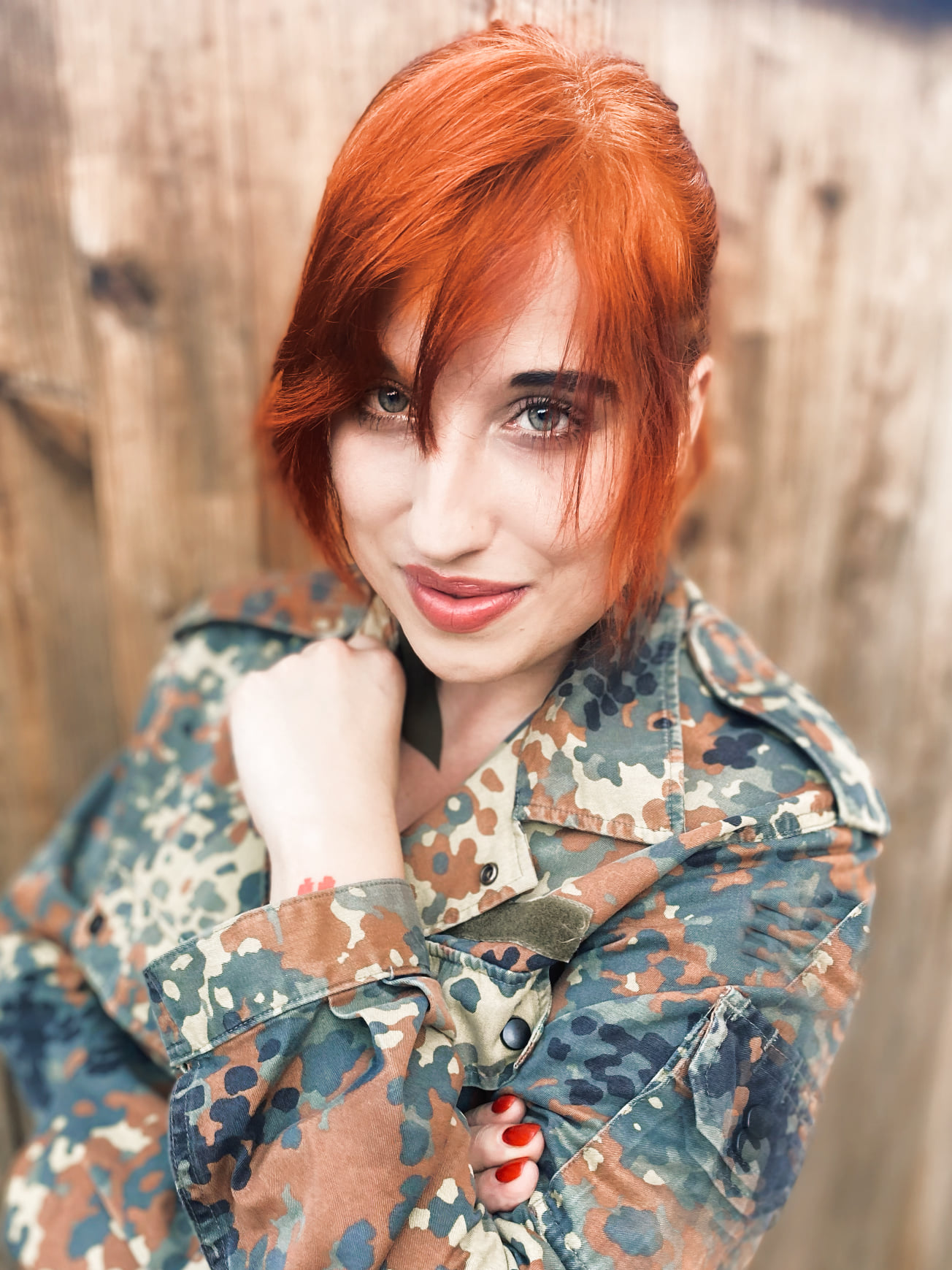 The 30 year-old has now been hailed a hero for deciding that reporting on the suffering of people was inappropriate, because people are dying.Monika Andruszewska/Facebook

She added: “For me, the woman who shouted, ‘Take my mother away’, and forced us to wait for her elderly mother to get to the car, was much more heroic.

“My friend, who goes with me as a driver and has balls of steel, will not boast about it in any media, because he comes from the Donbas area under Russian occupation.

“Victoria, a girl who, instead of running away alone, brought with her two dogs, including a giant Alaskan Malamute. 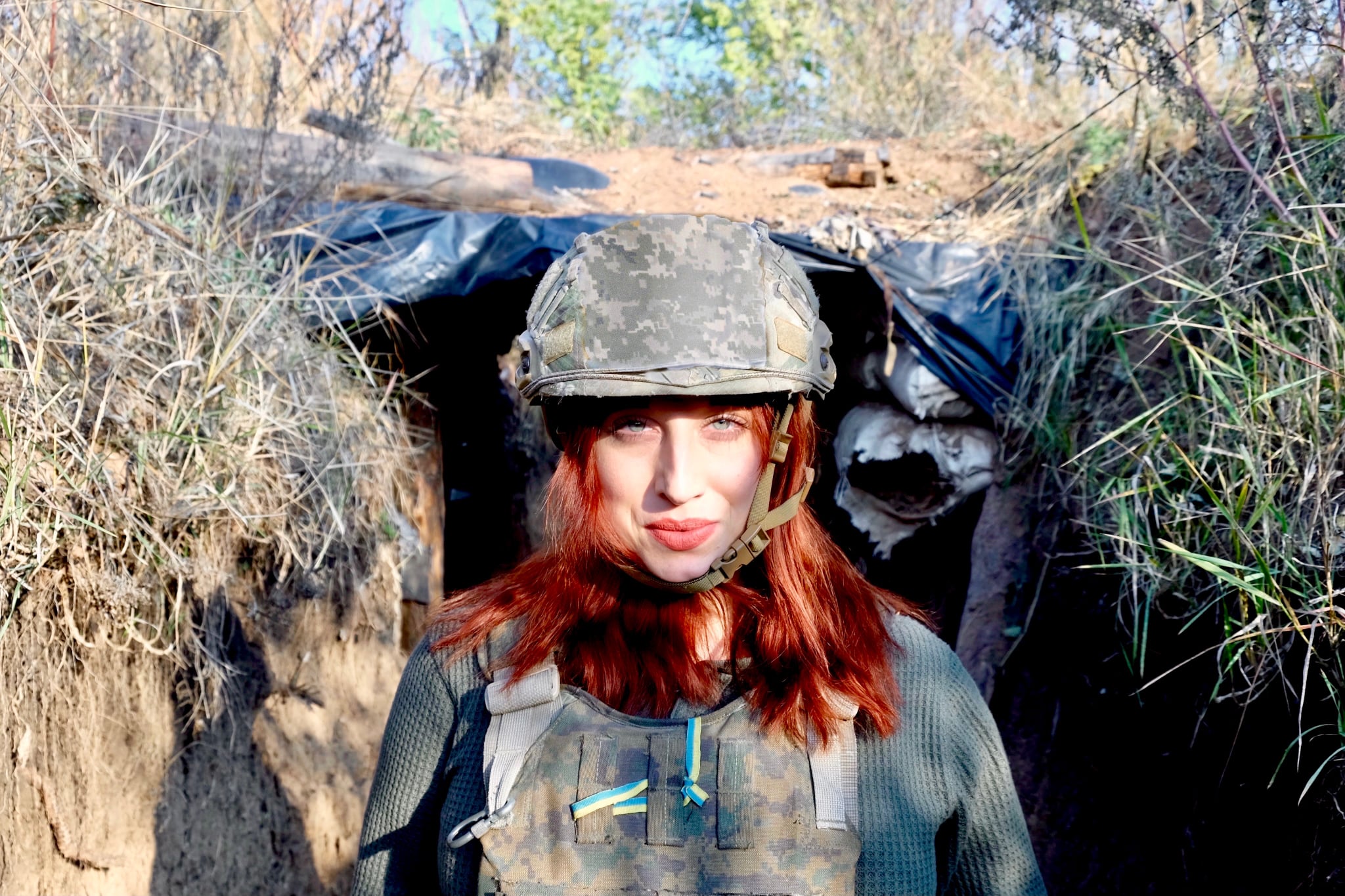 Andruszewska says she doesn’t want to be seen as a hero because she only did what she ‘had to do’. Monika Andruszewska/Facebook

“Or her neighbour, who left Victoria with us and returned on foot to Irpin for someone else’s children. I tried to convince him to stay.

“There was no argument. He had already made his decision. He went. He did not return.”

At least 12 journalists and media workers have been killed in the line of duty since Russia invaded Ukraine.