If you go down to ‘The Woods’ today: chilling Polish-language thriller becomes Netflix hit

Following on from the emphatic global success enjoyed by ‘1983’, ‘The Woods’, the country’s second Polish-language Netflix original production, has stormed the international charts since debuting on the streaming platform last Friday.

Based on Harlan Coben’s bestseller, the six-episode serial finds itself set across two timelines, 1994 and 2019, and follows the story of a Warsaw lawyer by the name of Paweł Kopiński. Still reeling from the loss of his sister 25 years back, her disappearance at a summer camp returns to haunt him after police discover the body of a murdered adult male whose pockets are filled with newspaper clipping relating to Kopiński’s work as a criminal prosecutor. 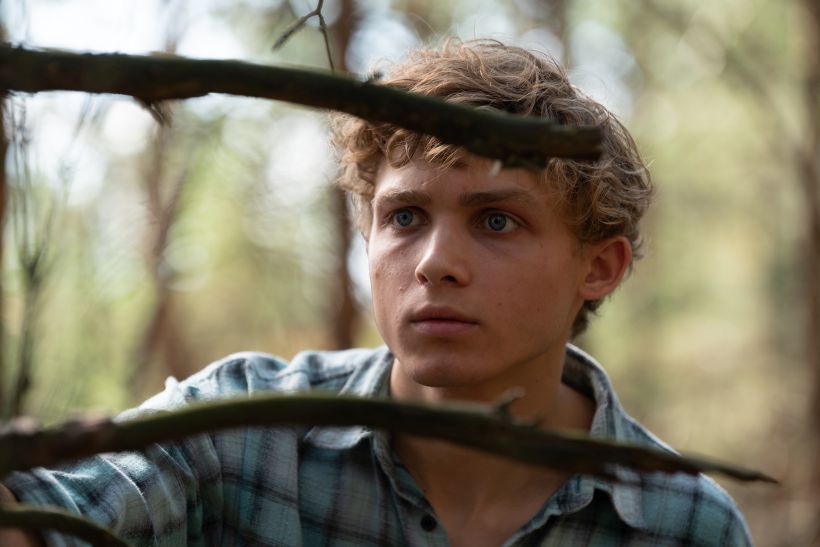 The series is based on a book by Harlan Coben.
Netflix

Brought in to identify the body, Kopiński realizes that the dead male is the same youth that went missing alongside his sister all those years back, thereby sparking beliefs that she herself could still be alive. But, as his hopes flutter anew, dark family secrets are unravelled that threaten to destroy Kopiński’s fragile world.

Working across several levels, this moody slow-burner has left audiences enthralled and, in the process, garnered a growing roll-call of positive reviews. 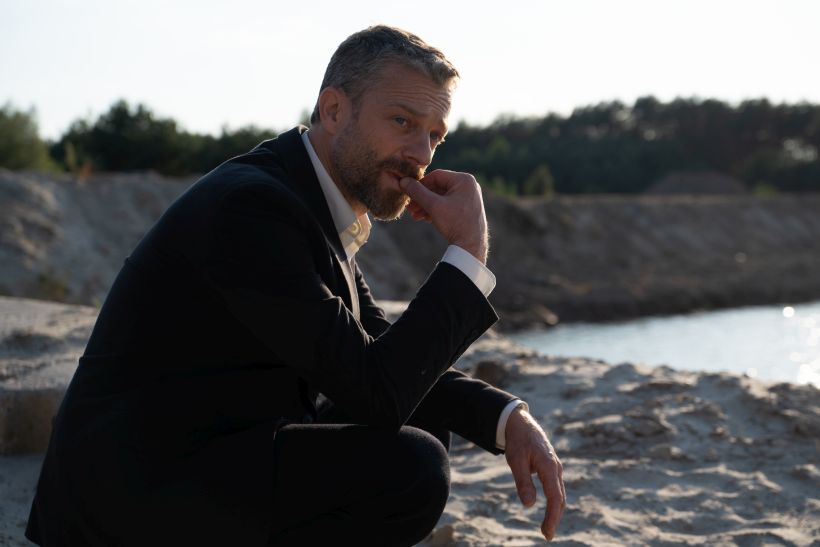 Grzegorz Damięcki plays a lawyer haunted by the disappearance of his sister.Netflix

Hailed as being an “inducing, absorbing mystery,” by Ready, Steady, Cut, “super creepy,” by The Mirror, and “a beautifully shot, captivating thriller,” by Forbes, criticisms have largely been limited to pot-shots at an admittedly questionable attempt at dubbing, with even Harlan Coben urging fans via Twitter to choose the subtitled original language version over the corny American voiceovers.

This hiccup aside, ‘The Woods’ is quick to grip viewers not least on account of its tight dialogue, brooding atmosphere and roller coaster twists.

Transplanting the book to the screen, though, was by no means straight-forward and the transition was only successfully enabled by the close cooperation between not just the two principal scriptwriters, but also Coben himself. 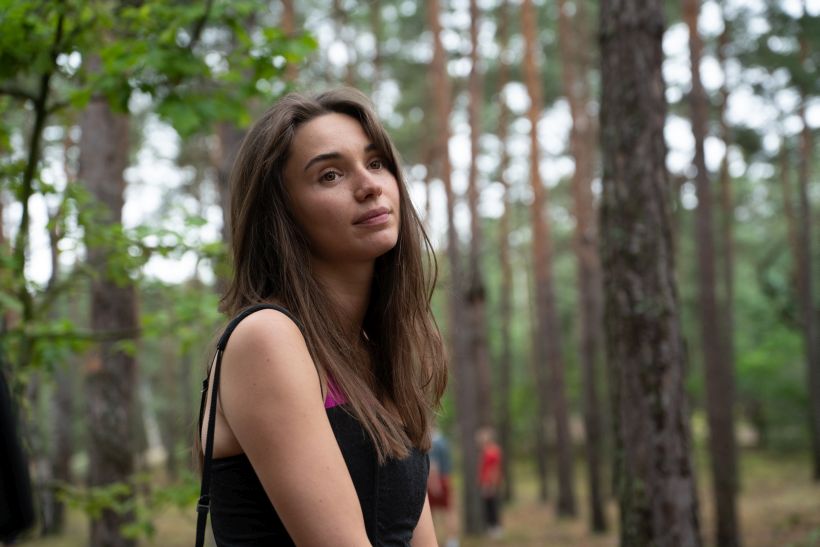 Wiktoria Filus features as the girlfriend of the main character.Netflix

“We always had to look for universality in the book because we weren’t just targeting Polish viewers or Coben’s fans but also people all over the world who had never even read any crime novel before,” says Agata Malesińska, one of the writers involved on the series.

Often brainstorming with the other scriptwriter, Wojtek Miłoszewski, to further develop the plot and the characters, these efforts have been lauded by Coben who served as the executive producer.

“When I was writing [the book] I could express the many thoughts flying through Paweł’s head,” says Coben, “but in the series we decided to separate the different periods of time. That allowed us to see both versions of the main character – Paweł as the happy teen he was back then and also as the grown man he currently is. It was like creating a remake of a popular song – you don’t necessarily try to record exactly the same version, but rather try to enrich the material you have with some local flair.” 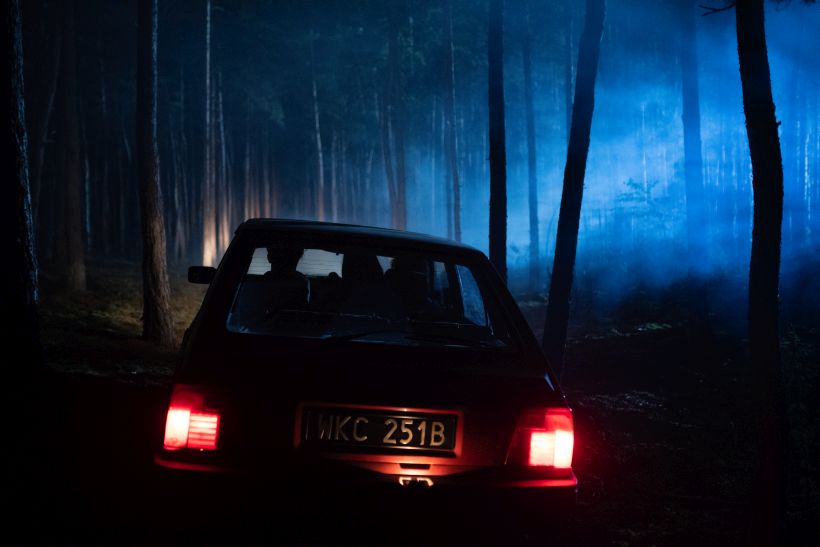 The moody slow-burner has left audiences enthralled and, in the process, garnered a growing roll-call of positive reviews.Netflix

It is arguable if any of this would work, however, were it not for the careful direction of Leszek Dawid and Bartek Konopka. Spectacularly weaving the 90s and present day together to form a coherent narrative, it is their handling of the former that is perhaps the most notable accomplishment of this intense tour de force.

Thick with melancholic nostalgia for the past, their depiction of a carefree 1990s Poland works magnificently when twinned with the overarching story and Kopinski’s own loss of innocence. Connecting on an emotional platform with both younger and older viewers, it is the fleeting snapshots of this era that allow the series to blossom. 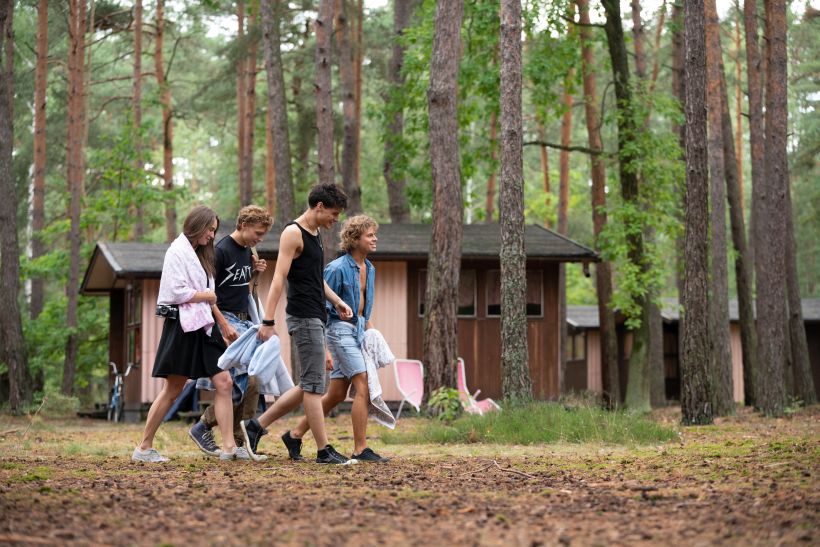 The series has won praise for its depiction of 90s Poland.Netflix

Crediting Paweł Flis for the visual aspects of this, both directors have heaped praise on the cinematographer for enhancing the production with his eye for detail.

“The explicit presentation of what happened 25 years ago had a crucial meaning to the series,” say the directors. “He had to present the story not only in relation between the characters but by showing the realities of the 90s, when these characters grew up.” 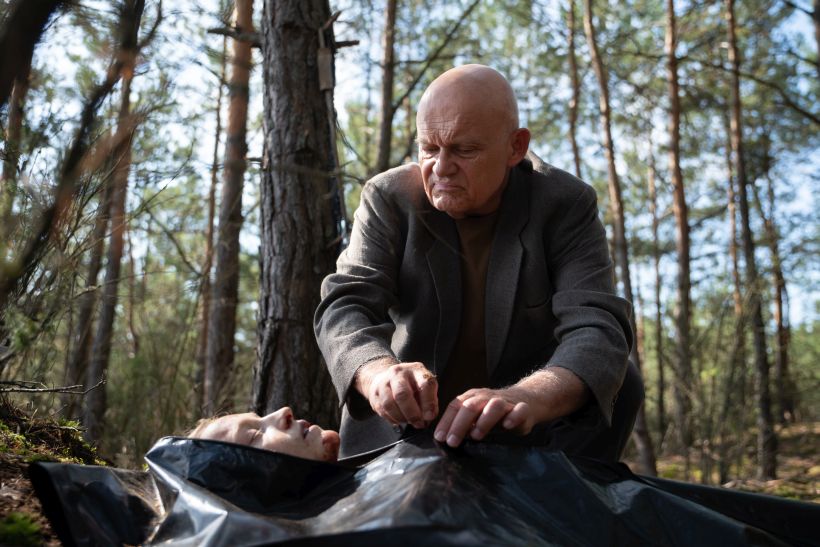 The sister’s disappearance at a summer camp returns to haunt the lead character after police discover the body of a murdered adult male.Netflix

Acted superbly by such luminaries as Grzegorz Damięcki and Agnieszka Grochowska, their substantial contributions are skilfully complimented by upcoming talents such as Wiktoria Filus and Hubert Miłkowski, whilst Cezary Pazura’s star turn as Kopinski’s sleazy and unrelenting nemesis is in itself cause to tune in.

Matched with a soundtrack that flips between dark and moody to 90s-style rock rebel guitar, audiences are left with a multi-faceted production that further raises Poland’s screen profile abroad.

The mural will have the same ecological effect as planting 720 trees.

Steamy Anna-Maria Sieklucka joins Instagram royalty – but who is she?