The identity of a mystery woman looking lovingly at her new-born baby amid the rubble of Warsaw during the Uprising has been solved after her photo was spotted by her brother in local media reports.

Several months ago, the Institute of National Remembrance (IPN) received the archive of Uprising photographer Henryk Śmigacz which included one of a mother and father with a few-day-old baby.

Like any pair of new parents, they are beaming at their newborn, who is carefully wrapped in a crisp white blanket. 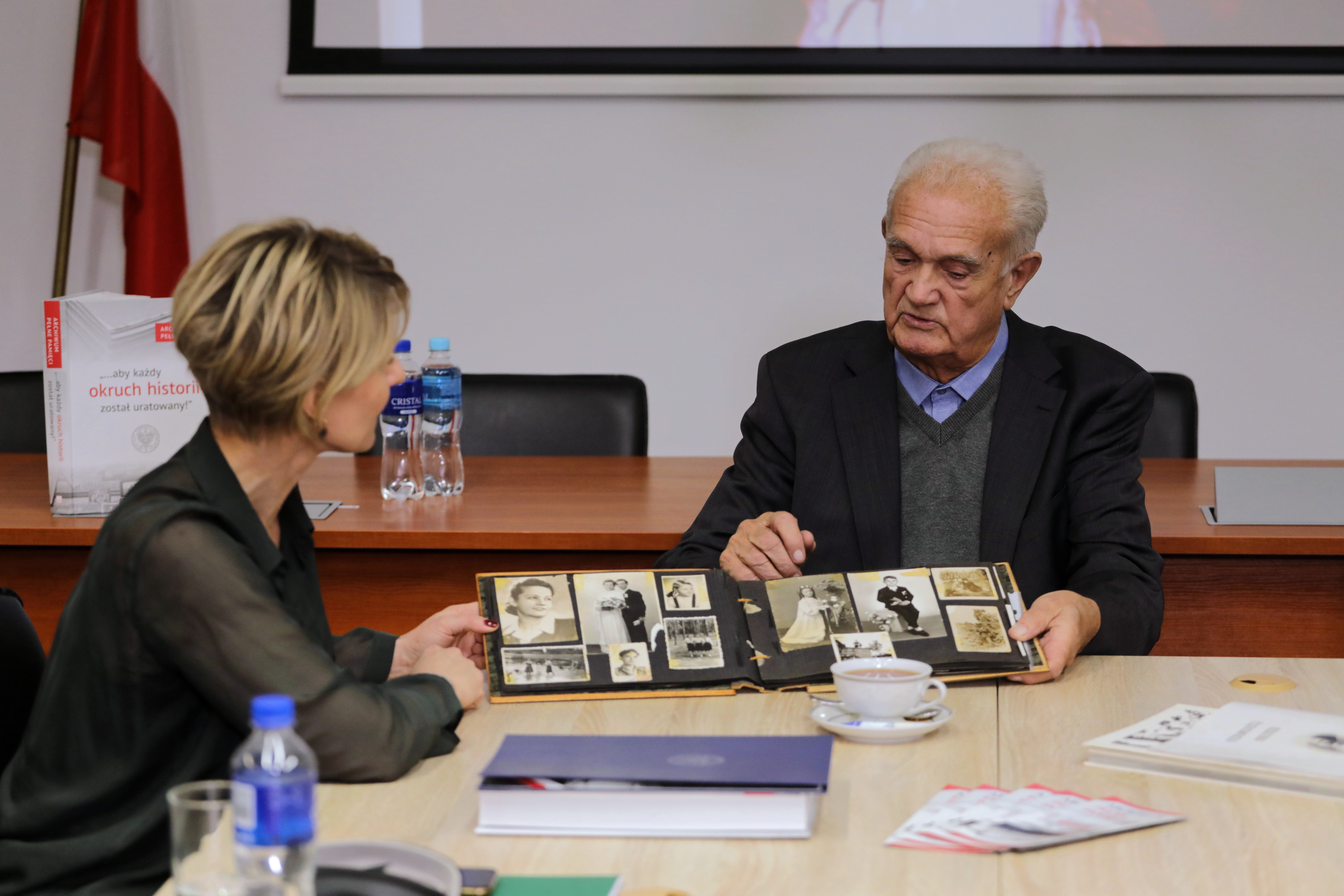 The IPN was contacted by Stefan Piątkowski (pictured) who identified the woman as his sister Barbara Piątkowska who had given birth on September 28, 1944 at 9 Polna street in the south of Warsaw.Albert Zawada/PAPWhat makes the photo unusual is that the happy family are standing against a background of rubble during the hellish German bombardment of Warsaw during the 1944 Uprising.

When it received the photo, the IPN asked the media for help in identifying the people in the picture.

Published nationally, it was soon spotted by the woman’s brother Stefan Piątkowski. 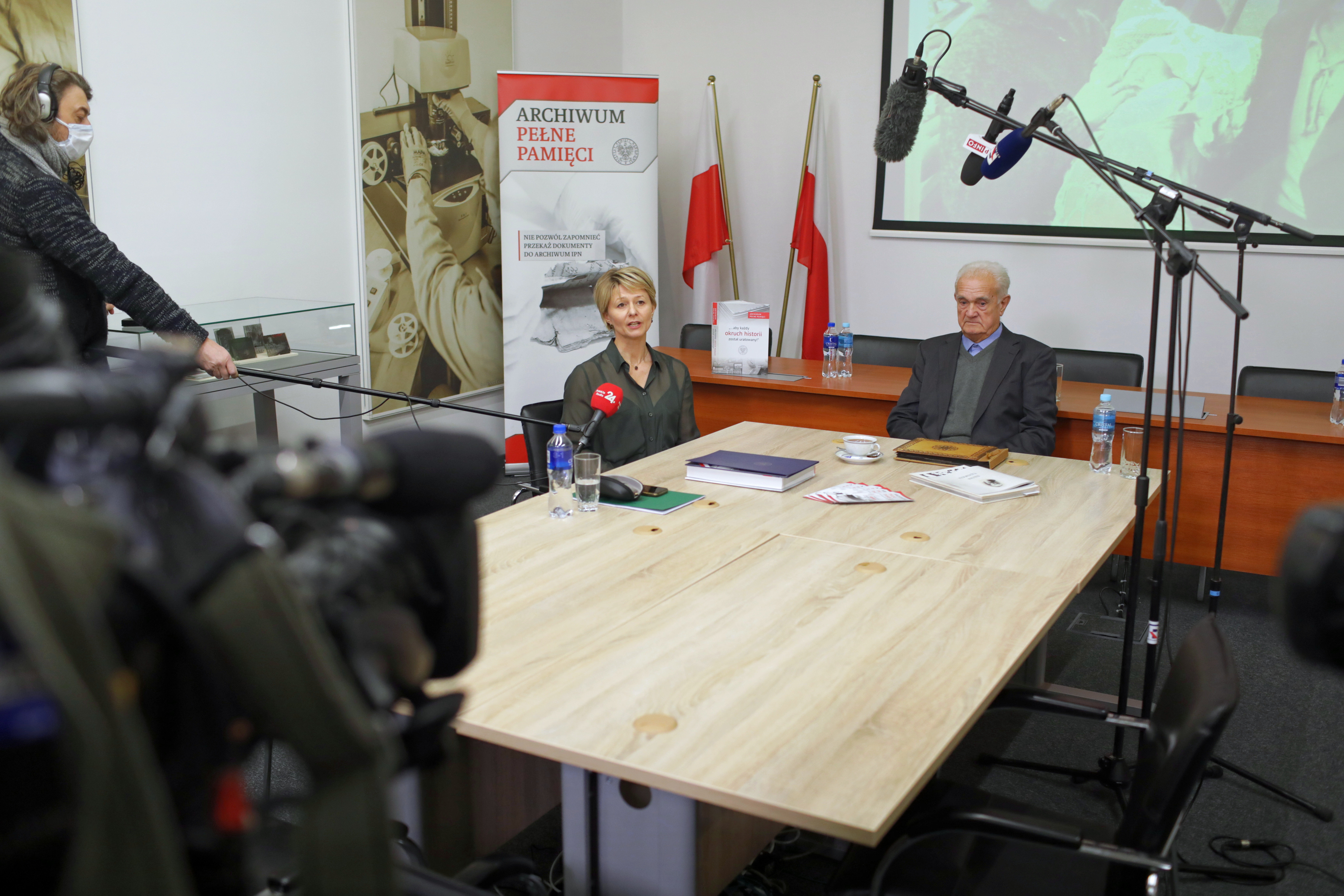 Speaking at a press conference held yesterday, Piątkowski said that at the time of the birth, his sister Barbara was hiding from the Germans and living under an assumed name after returning to Warsaw from slave labour in the Reich.Albert Zawada/PAP

At a press conference yesterday, he identified her as his sister Barbara Piątkowska, saying that she had given birth on September 28, 1944 at 9 Polna street in the south of the city centre.

He said: “At the time of delivery, a blanket was held over Barbara because shelling was going on and pieces of rubble were flying from the ceiling.”

The photographs were probably taken a few days later, still in August 1944, near Grzybowski Square.

At the time of the birth, Barbara was hiding from the Germans and living under an assumed name after returning to Warsaw from slave labour in the Reich. 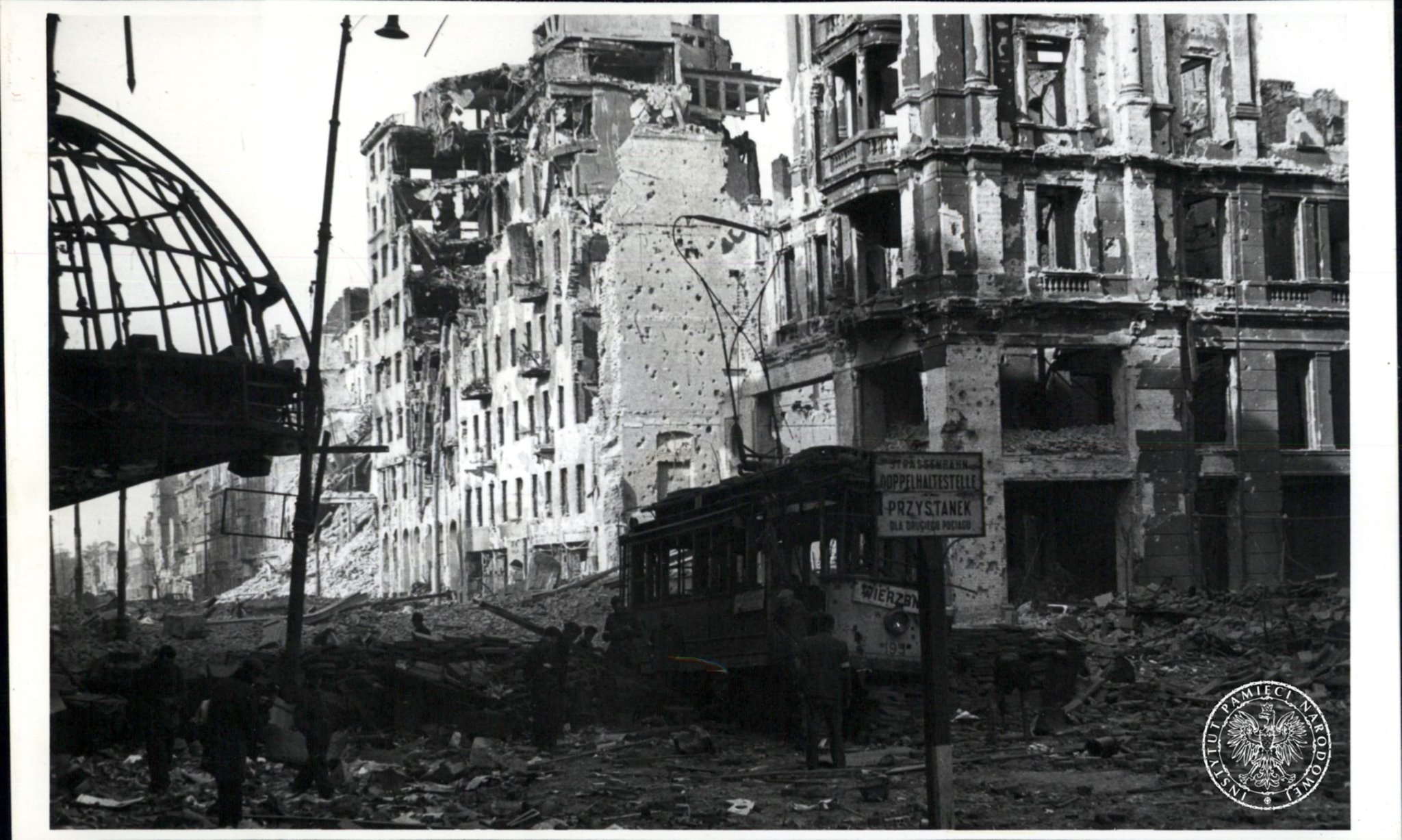 The photograph was probably taken a few days later, still in August 1944, near Grzybowski Square.Henryk Śmigacz

Piątkowski said that his sister had been arrested by the Germans when she was just 16 and deported for forced labour deep into the Reich.

After more than a year she returned to her hometown Milanówek but, scared of being arrested again, she left for Warsaw.

Piątkowski said: “The Germans were constantly bothering us and asking if she had returned home. Meanwhile, my sister got married and changed her name.”

After the Uprising, Barbara, her husband and daughter were deported from Warsaw along with the rest of the city’s population to the transit camp in Pruszków. 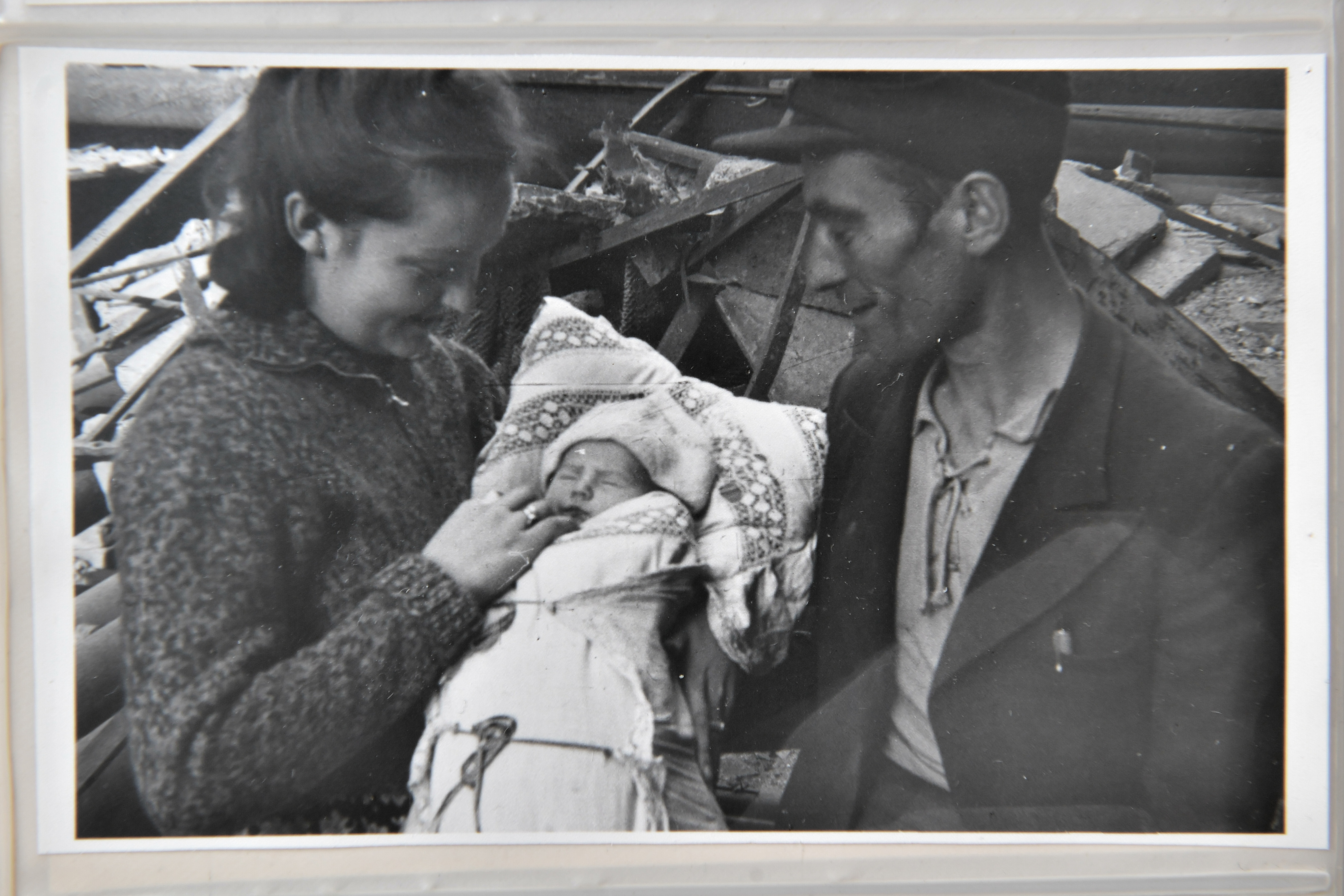 After the Uprising, Barbara, her husband and daughter were deported from Warsaw along with the rest of the city’s population to the transit camp in Pruszków.Radek Pietruszka/PAP

From there, she was placed on a transport to Germany to be sent again to work as a forced labourer. She managed to escape near Częstochowa and reunite with her family in Milanówek.

However, the Germans did not leave her alone. Piątkowski recalled that the German military police and SS came to search the house.

He said: “One of the gendarmes entered our house and told my sister, who knew a little German, that in a moment a truck […] would come and all of us would be transported to work.

“There were 17 people in our house, most of them from the Warsaw Uprising. The German said to run away. Everyone in our house managed to save themselves.” 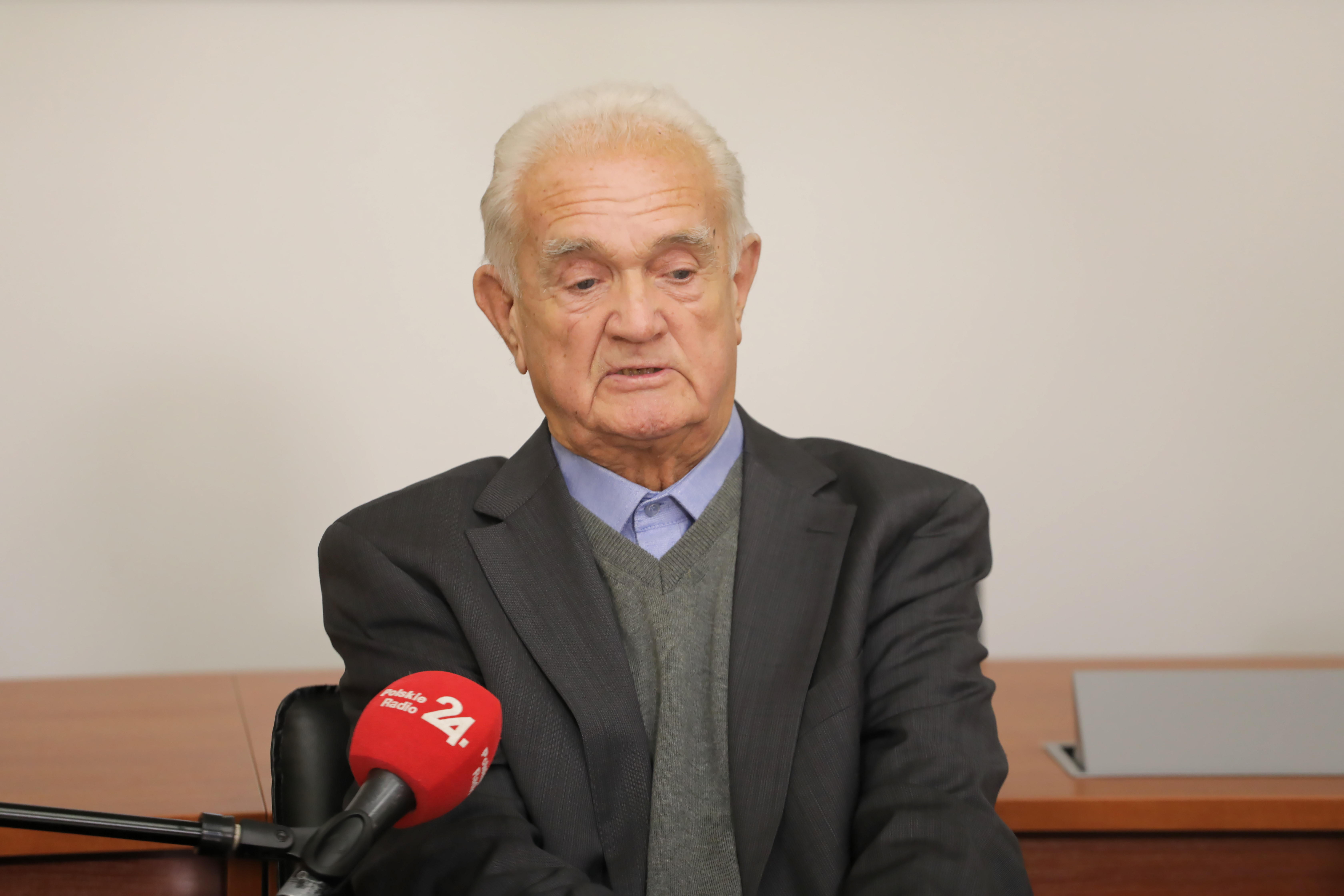 After the war, Barbara lived with her husband and daughter in Warsaw on Próżna street.

Towards the end of her life Barbara suffered from rheumatism, the effect of the hard forced labour in Germany. She died at the age of 78 and her daughter died 10 years ago.

During yesterday’s press conference, Joanna Dardzińska from the IPN Archive said, “The photographs showed that in those dramatic moments, people tried to live normally, children were born and people got married.” 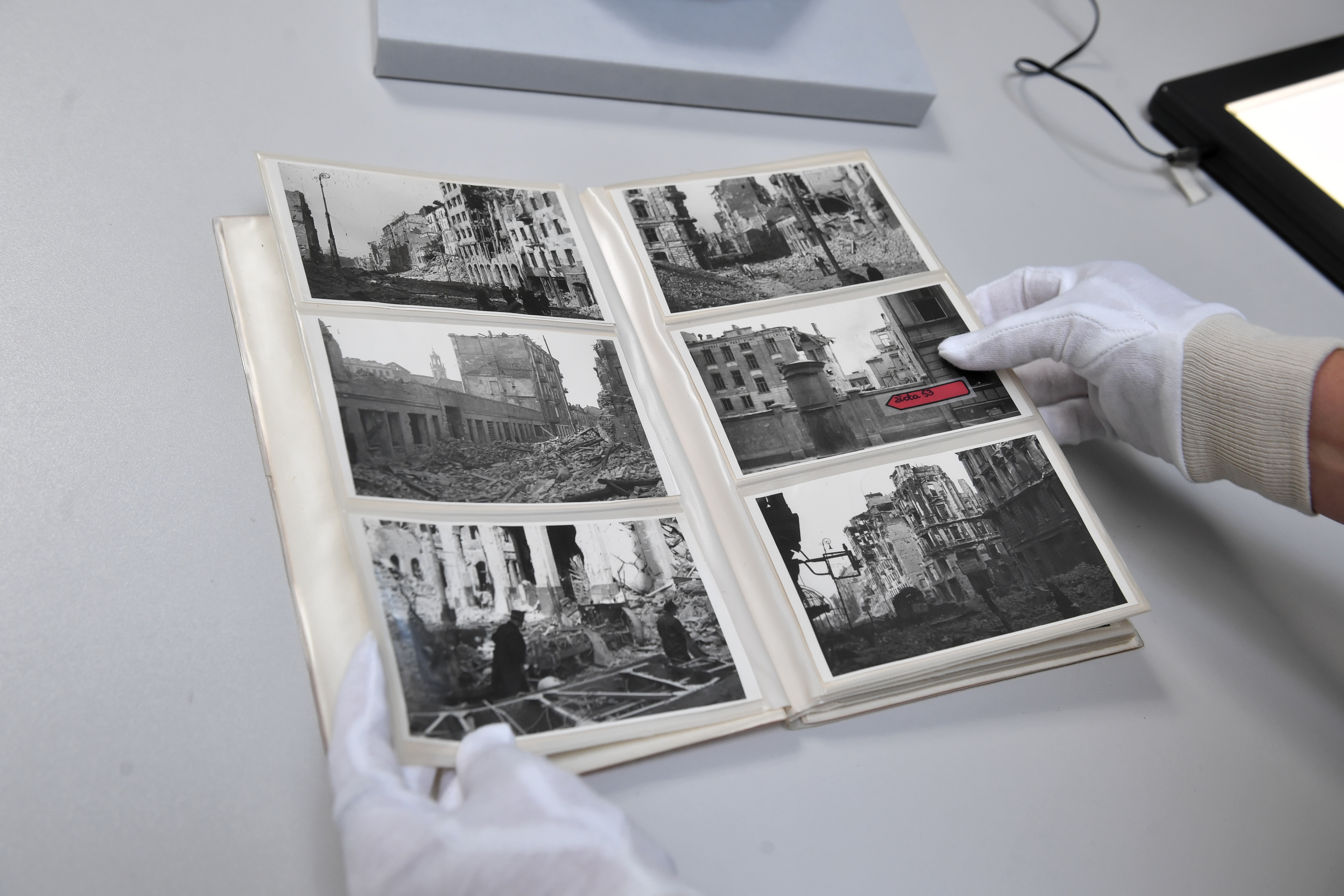 The photo was found in the archive of photographer Henryk Śmigacz who documented the siege of Warsaw in 1939 and the Uprising in the summer of 1944.Radek Pietruszka/PAP

Piątkowski added: “The discovery of this photograph was a shock to our entire family. We welcomed it with sadness and satisfaction. It is a great memento for our descendants."

The photograph was taken by Henryk Śmigacz, a photoreporter who documented the siege of Warsaw in 1939 and the Uprising in the summer of 1944.

His archive, including 82 photographs from the Uprising, was donated to the IPN by his daughter and granddaughter.

They are all that remain of over 2,000 negatives that he hid in the basement of his apartment building on Złota street before he had to leave the city. 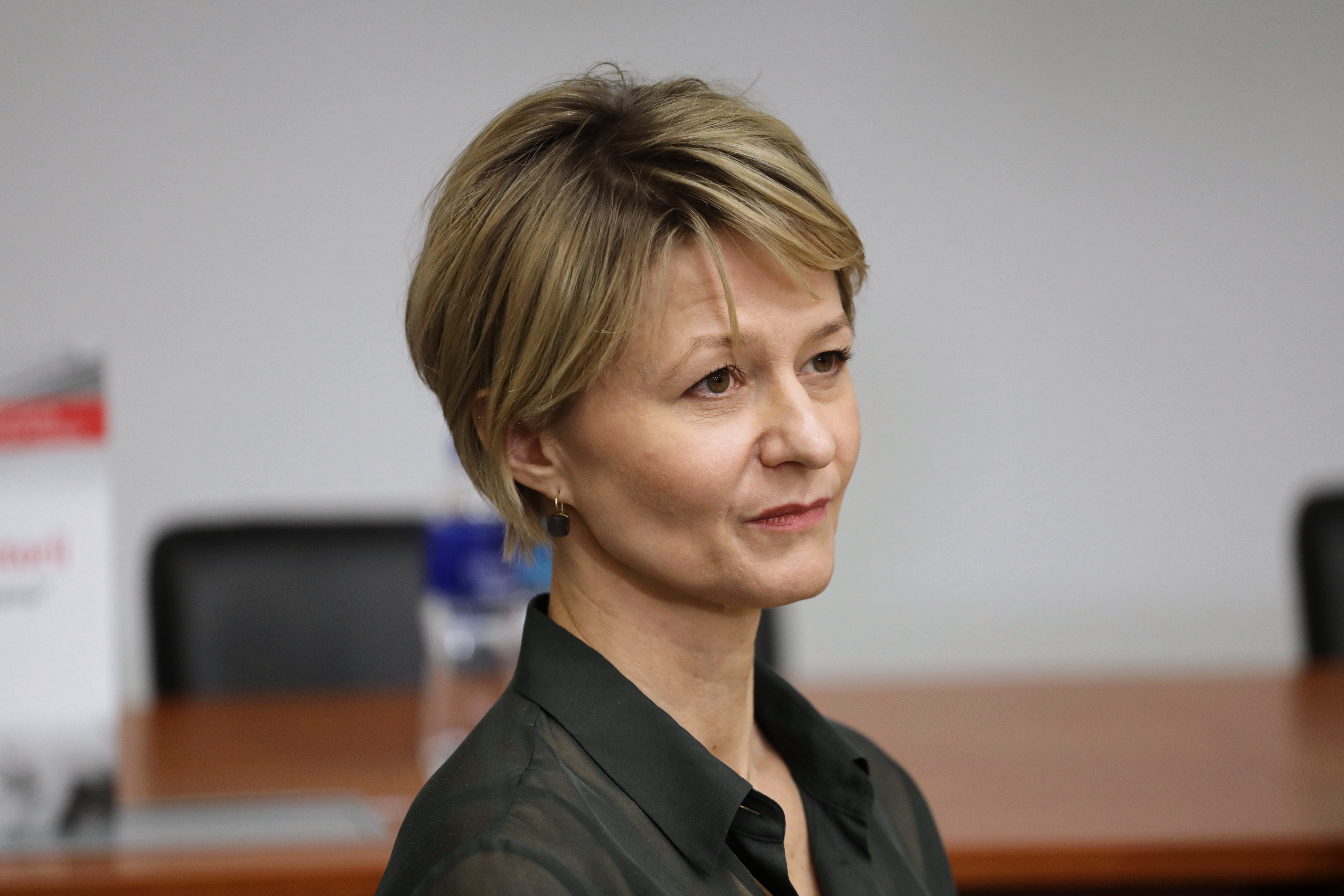 Joanna Dardzińska from the IPN Archive said, “The photographs showed that in those dramatic moments, people tried to live normally, children were born and people got married.”Albert Zawada/PAP

After the war he settled in Łódź with his wife Jadwiga and daughter Aleksandra where he opened a photography studio on Piotrkowska street.

The appeal to identify the family was made by the IPN as part of its project Archive Full of Memory.

Marzena Kruk, director of the IPN archive, said that the aim of the project is “to tell the story of Poles in the 20th century, not only stories from the front pages of newspapers, but also about ordinary people".

She added that since 2017, 1562 people have provided personal documents to the archive.