The identity of a six-year-old boy who was gassed to death in Auschwitz death camp has been discovered after a handwritten inscription was found inside an old shoe.

The discovery which museum staff have described as ‘exceptional’ was made during conservation work on the shoes. 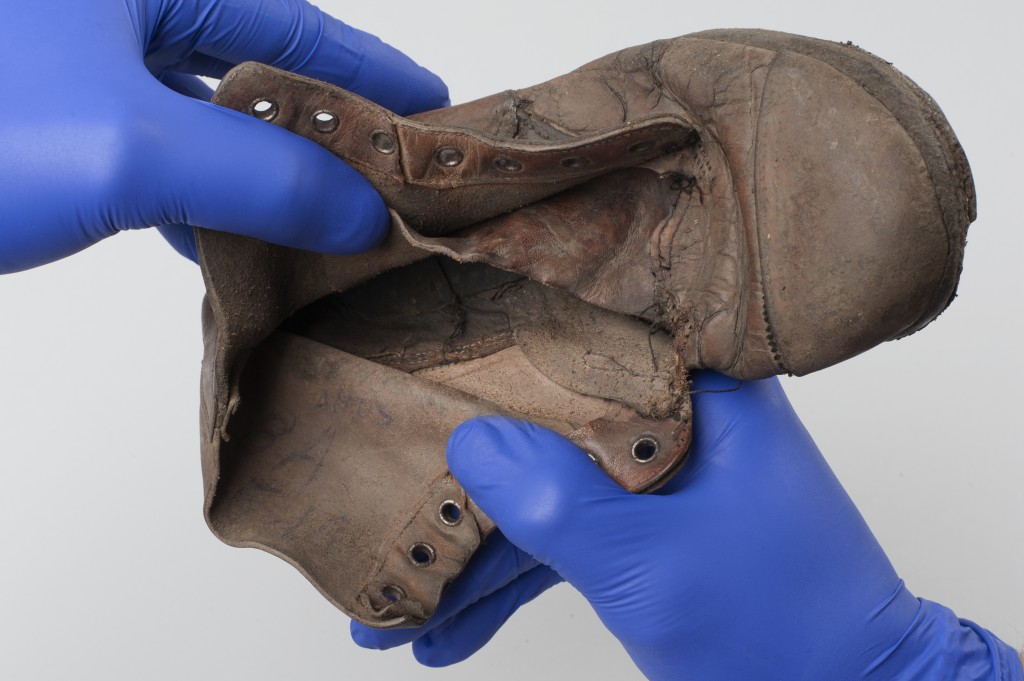 The inscription revealed the boy’s name was Amos Steinberg. He was born on 26 June 1938 and lived in Prague. Auschwitz Museum

In one pair belonging to the six-year-old child, staff at the Auschwitz Memorial Museum discovered the inscription showing the child's first and last name, and the number assigned to him when the Germans sent him to be murdered from Theresienstadt Ghetto near Prague to Auschwitz on 4 October 1944. 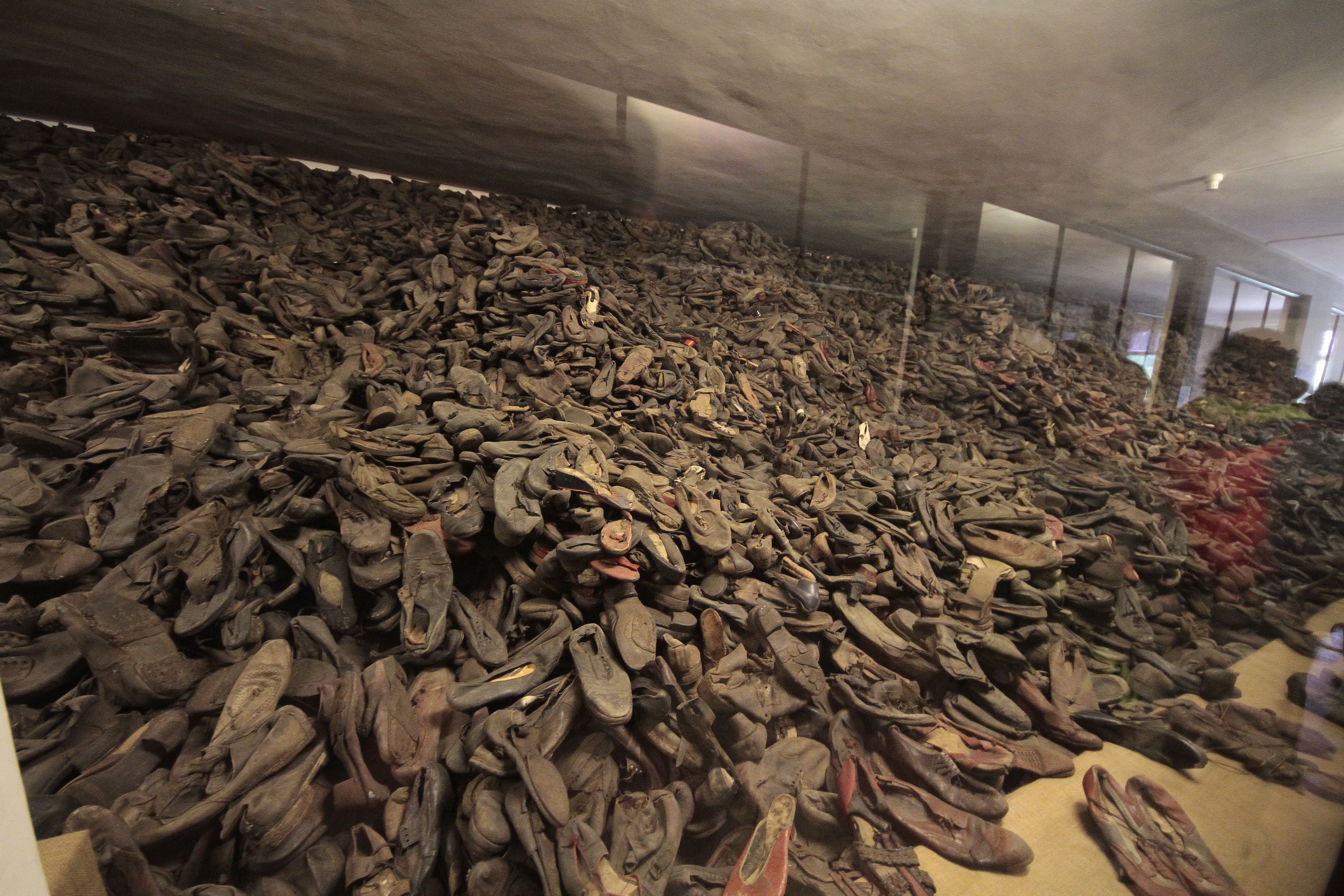 The discovery was made during conservation work on the shoes that make up part of the permanent exhibition at the Auschwitz museum.Oleg Yunakov

Shortly after his fourth birthday in 1942, Amos was imprisoned with parents Ludwig and Ida in the Theresienstadt Ghetto near Prague.

He was deported to Auschwitz along with his mother in the same transport on 4 October 1944.

According to the Auschwitz Museum, it is likely that they were both murdered in the gas chamber on arrival immediately after selection. 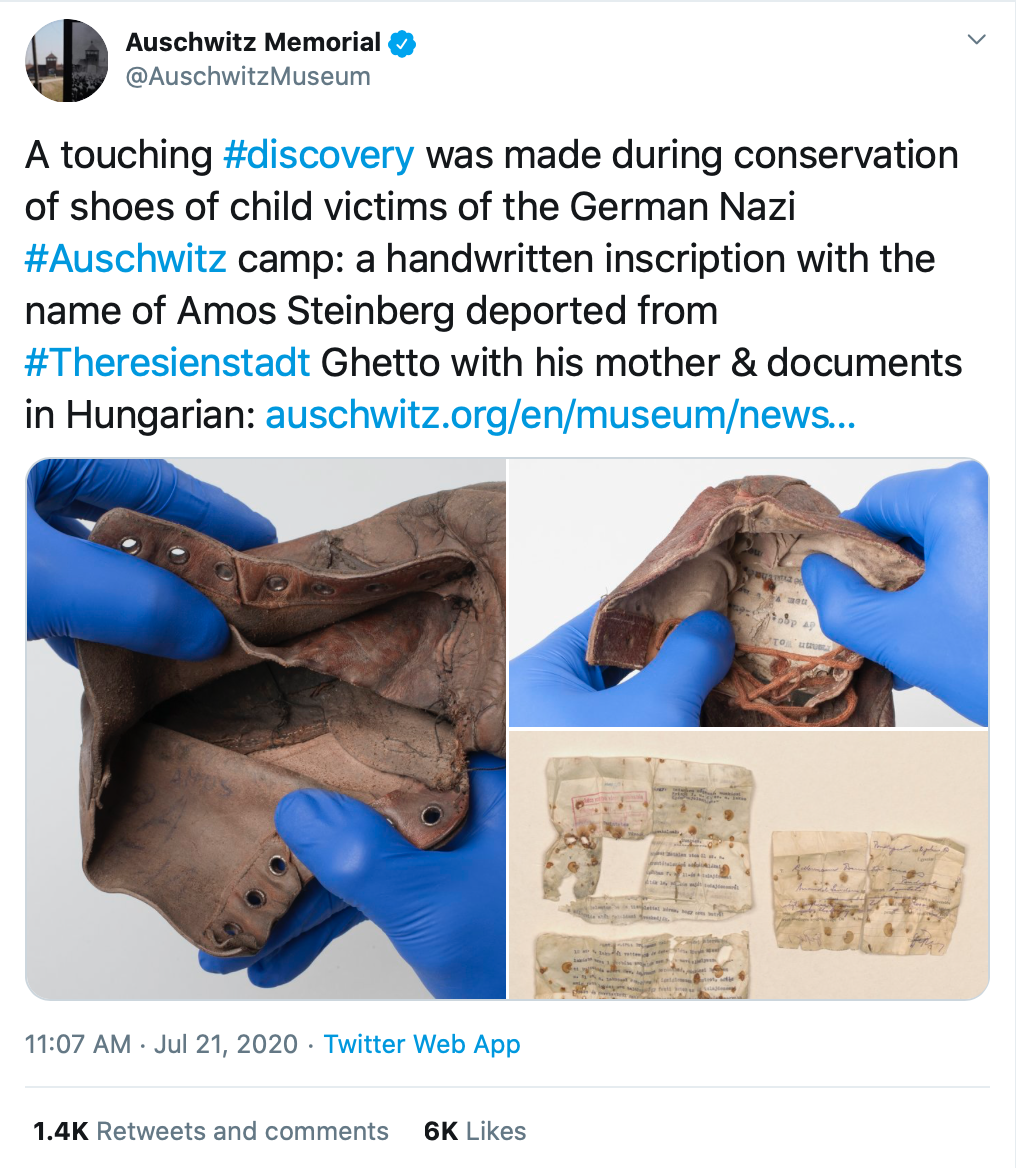 The museum staff described the find as ‘touching’. Auschwitz Memorial/Twitter

Hanna Kubik of the museum’s collections department said: “We can guess that it was most likely his mother who made sure that her child’s shoe was signed.

“The father was deported in another transport. We know that on October 10, 1944, he was transferred from Auschwitz to Dachau. He was liberated in the Kaufering sub-camp.”

In total, the Germans sent 24 transports of over 46,000 Jews from the Theresienstadt Ghetto to Auschwitz. 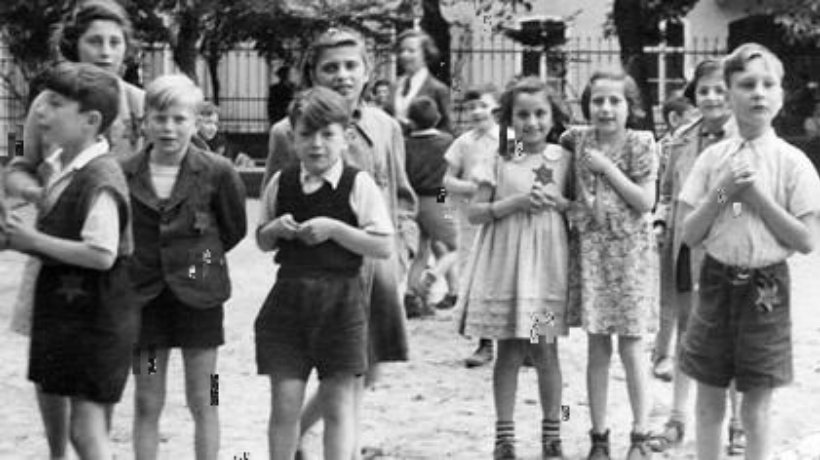 Set up for propaganda purposes, on 23 June 1944, Red Cross delegate Maurice Rossel was taken on a choreographed visit of Theresienstadt concentration camp. He took this photograph during his visit.Fair Use

Theresienstadt was a hybrid concentration camp and ghetto in the fortress town of Terezin in Bohemia.

It was established as a ghetto and transit camp in 1941 and was designed by the SS to be a model Jewish settlement for propaganda purposes.

Around 33,000 people died at Theresienstadt, mostly from malnutrition and disease. More than 88,000 people were held there for months or years before being deported to extermination camps and other killing sites. 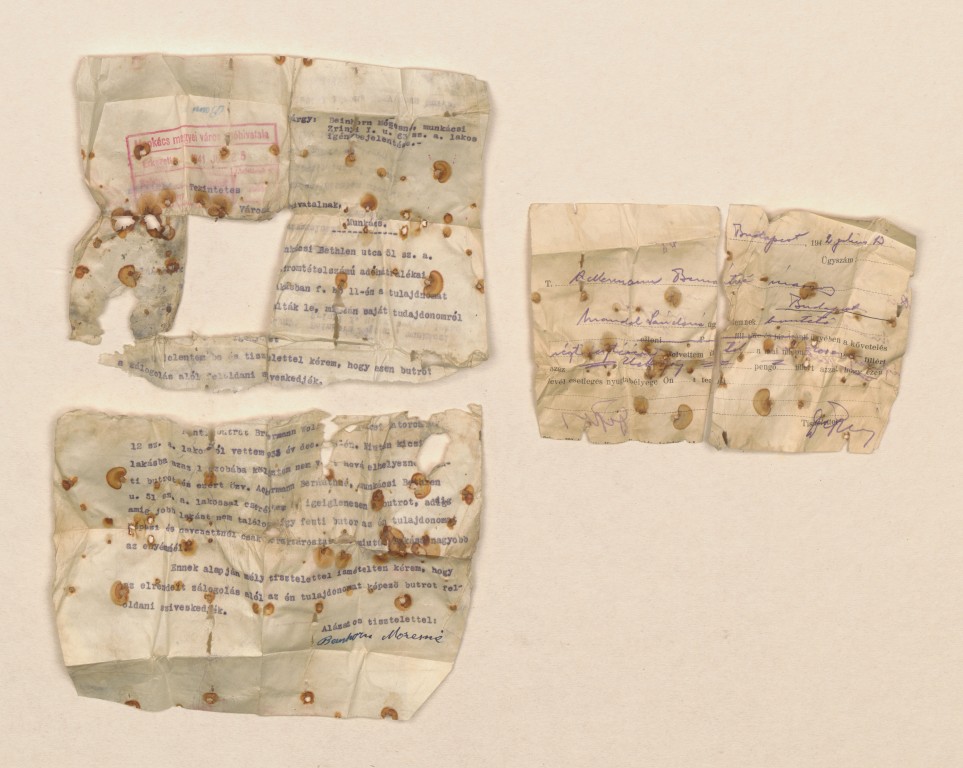 In another shoe, conservation workers found documents in Hungarian containing information about people who were sent to the camp.Auschwitz Museum

In total, the Germans sent 24 transports of over 46,000. Jews from the Theresienstadt Ghetto to Auschwitz. Around 18,000 were placed in a special camp at Auschwitz II-Birkenau. The remaining people were murdered upon arrival.

In another shoe, conservation workers found documents in Hungarian containing information about people who were sent to the camp.

Kubik said: “This find is very valuable and interesting, because the documents are in good condition. 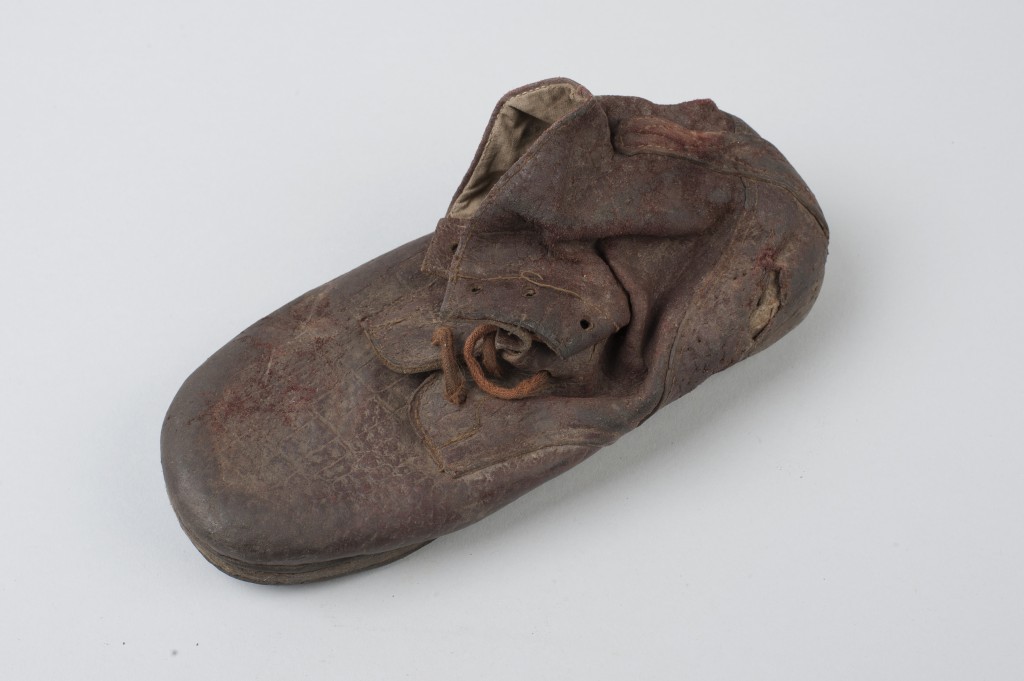 The shoes are a harrowing reminder of the horrors committed at the WWII Nazi-German camp. Auschwitz Museum

“They show dates, the names of people involved in the cases described, as well as handwritten signatures. They date back to 1941 and 1942.”

She added: “Some of them are official documents; there's also a piece of brochure and a piece of paper with a name. The names Ackermann, Bravermann and Beinhorn appear.

“These people were probably deported to Auschwitz in the spring or summer of 1944 during the extermination of Hungarian Jews.” 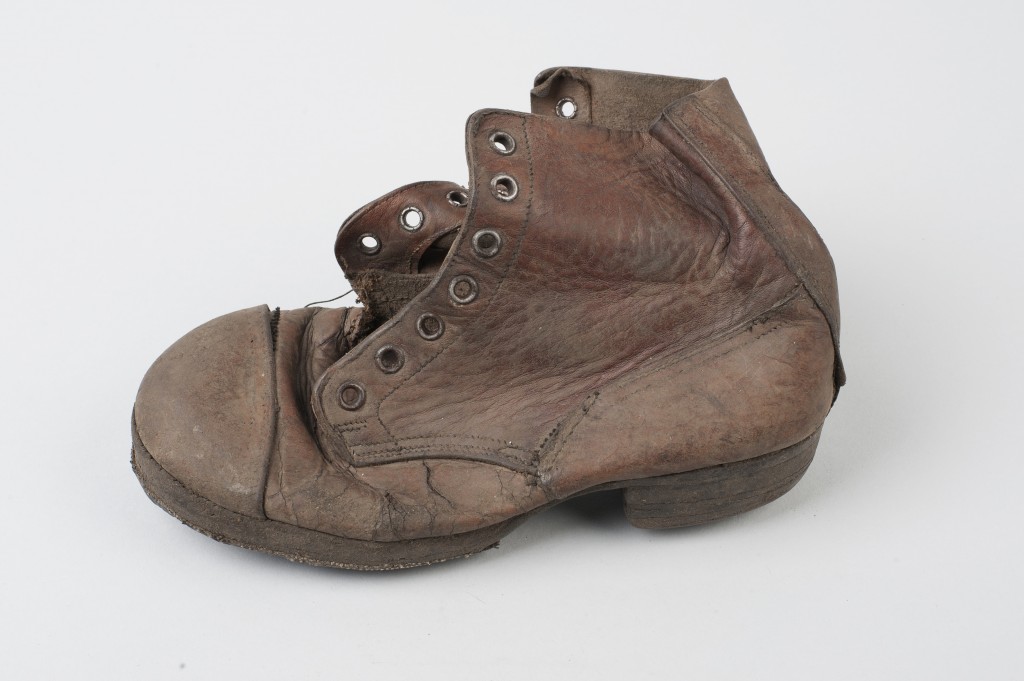 The shoes and documents will now be conserved and placed in the Museum collection.Auschwitz Museum

The extermination of the Hungarian Jews at Auschwitz started with the first transports on April 28th and 29th, 1944. The main phase of deportation began on 14 May and lasted until 9 July 1944.

Immediately after arriving, 325-330,000 people were murdered in the gas chambers, or over 75 percent of the deported Jews from Hungary.